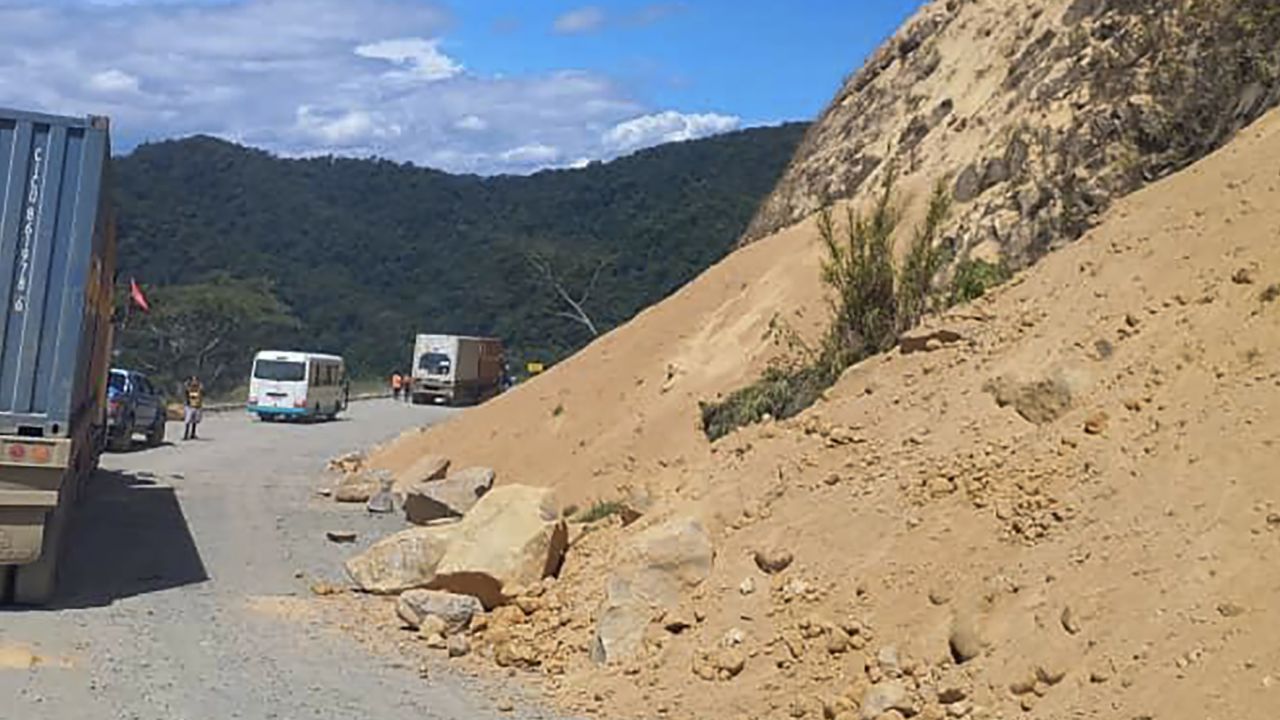 On Sunday, a massive 7.6 earthquake rocks Papua New Guinea, causing landslides, cracking roads, and damaging houses. It is currently unknown how extensive the damage is; however, there is debris scattered over the highways and fissures popping up in the roads.

According to the United States Geological Survey, the epicenter of the earthquake was located at a depth of 90 kilometers, or around 56 miles, and was close to the town of Kainantu, which has a population of approximately 8,500 people.

The National Tsunami Warning Center in the United States has reported that there is no risk of tsunami waves. It had been reported earlier in the day that potentially dangerous tsunami waves might arrive within 1,000 kilometers (about 621 miles) along the coastlines of Papua New Guinea and Indonesia.

More than sixty people were killed and five hundred more were injured when an earthquake of a comparable magnitude struck the country's remote highlands in 2018. The quake also caused landslides, destroyed homes, and caused damage to a large gas facility. As a result of its location along the "Ring of Fire" in the Pacific Ocean, Papua New Guinea is prone to earthquakes. This is because the Papua New Guinea lies alongthe Ring of Fire, which is an area where tectonic plates constantly move against each other, which results in tremors.

The boundary of the Pacific Plate, which is where the "ring" begins, is followed by a series of smaller plates, such as the Philippine Sea plate, and then finally by the Cocos and Nazca Plates, which are found along the edge of the Pacific Ocean. The entire "ring" spans a distance of 25,000 miles (40,000 kilometers). It is the location of the most active volcanoes in the world.

People who live in countries that are located along the Ring of Fire, such as Chile, Japan, the west coast of the United States, and other island nations such as the Solomon Islands to the western seaboard of North and South America, are more likely to be affected by natural disasters such as earthquakes and volcanic eruptions.

According to the officials, the tremendous earthquake has claimed the lives of at least three persons. Others were hurt, and there was damage to infrastructures. According to the Morobe Provincial Disaster Director Charley Masange, the landslide that killed the three people occurred in the town of Wau, which is known for its gold mining. According to Masange, who spoke to the Associated Press, there were other people who had been hurt as a result of collapsing structures or debris, and there was damage to several health centers, residences, rural roads, and highways.

According to Masange, it is possible that it may take some time before it is possible to determine the entire extent of the casualties and damage in the region. Given the magnitude of the earthquake, he speculated that the relatively low population density and the absence of substantial buildings in the region immediately surrounding the epicentre in the nation's largely underdeveloped highlands may have played a role in preventing a more severe catastrophe.