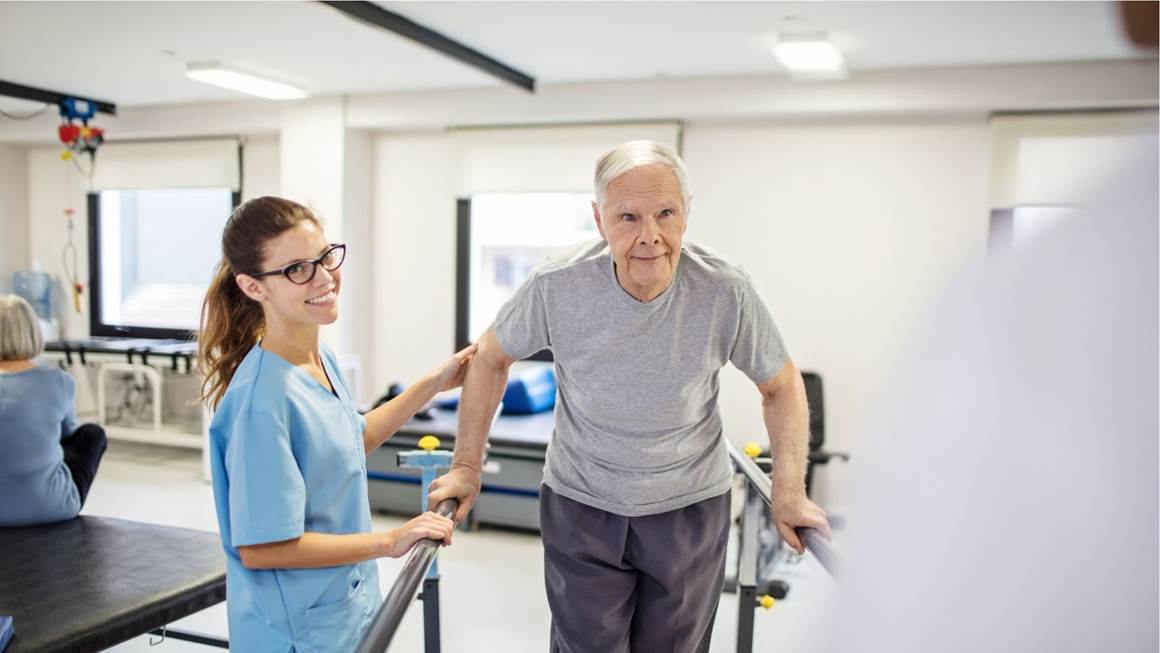 Acute ischemic stroke is the most prevalent kind of stroke and is caused by the abrupt obstruction of a blood artery by a thrombus or embolus, resulting in an almost instantaneous loss of oxygen and glucose to the brain region.

Although numerous processes are involved in the pathophysiology of stroke, mounting evidence indicates that ischemia damage and inflammation are responsible for its pathological development.

Within minutes after the commencement, this produces irreparable neuronal damage in the ischemic core.

Despite breakthroughs in the knowledge of the pathogenesis of cerebral ischemia, acute ischemic stroke therapeutic choices remain very restricted.

What Is Acute Ischemic Stroke?

When the brain's blood supply is cut off, the outcome is cellular damage that might lead to death. This is known as an acute ischemic stroke.

Sudden onset numbness or weakness in an arm and leg, facial drooping, difficulty in speaking or interpreting speech and balance or coordination difficulties are all possible stroke symptoms. A transient ischemic attack (TIA), a brief period of brain dysfunction caused by reduced blood flow, may occur before an acute ischemic stroke.

High blood pressure is the most common cause of an acute ischemic stroke. Stroke risk is further raised by a history of transient ischemic attacks (TIAs), smoking, high cholesterol, diabetes, obesity, and atrial fibrillation, a heart rhythm issue.

The BBB connects the peripheral and central circulatory systems. It regulates the inflow and outflow of biochemicals essential for brain metabolism and neuronal activity. The BBB's structural and functional integrity is crucial for brain homeostasis.

Tight junctions (TJs) and adherens junctions (AJs) make up microcapillary endothelium. TJs and AJs reduce endothelial permeability. TJs are continuous membrane threads between brain ECs that comprise transmembrane proteins (JAM-1, claudins, and occludin) and cytoplasmic proteins (zonula occludens-1 to 3). Claudin-5 is a key BBB TJ adhesion molecule. Alternating TJ expression and/or distribution at the BBB during ischemic stroke may modulate their shape and function. Transmembrane and accessory proteins at the TJ are phosphorylated. Disease or medications may disrupt BBB TJ, impairing BBB function and CNS function. Understanding how BBB TJ might be damaged can help prevent and cure neurological disorders.

The Role In BBB Disruption

Matrix metalloproteinase-3 seems to be involved in ICH generated by tPA in mice. Suzuki et al. utilized the MCAO model to show that lack of the stromelysin-1 (MMP-3) gene in mice lowered the likelihood of ICH produced by tPA. The broad-spectrum MMP inhibitor GM6001 decreased ICH in WT but not in MMP-3-deficient mice. tPA therapy enhanced MMP-3 expression in ischemia-damaged ECs in a rat stroke model. MMP-3 may be implicated in blood vessel deterioration and ICH. MMP-9 expression was similarly enhanced in ischemic brain regions, although the quantity and distribution were similar in tPA-treated and untreated animals.

The 92-kDa proenzyme of matrix metalloproteinase-9 (gelatinase B), initially identified in neutrophils in 1974, may be activated to the mature 83-kDa enzyme. MMP-9 is the MMP that has been investigated the most in relation to acute ischemic stroke. After strokes in both human brain tissue and serum, as well as in animal stroke models starting 12 h after irreversible MCAO, MMP-9 activity is noticeably increased. High plasma MMP-9 levels are thought to be an independent predictor of HT in all stroke subtypes during the acute phase of a cerebral infarction. Claudin-5, occludin, and ZO-1 are TJ proteins that have been demonstrated to be degraded by MMP-9 in cultured brain ECs and in animal models of localized cerebral ischemia. Not only do TJ proteins be destroyed by abnormal MMP-9 proteolytic activity, but also basal membrane proteins (e.g., fibronectin, laminin, collagen, and others). In both animal models and stroke patients, this deterioration is linked to a rise in BBB permeability, which causes brain infarction, edema, and HT.

If started during the first three to four hours after the beginning of symptoms, thrombolysis is useful for individuals with acute ischemic stroke. The afflicted ischemic zone should be saved within this window of opportunity by thrombolysis of the blocked artery, which should also enhance the clinical prognosis. But since delayed tPA affects the cerebrovasculature, it actually raises the danger of BBB integrity disruption. The neurovascular unit may then be affected by thrombolytic tPA once it has entered the perivascular tissue. Recent research using animal models of transitory and persistent MCAO show that genetic tPA activity regulation by neuroserpin reduces BBB rupture, edema, neuronal death, and improves the prognosis of strokes. Additionally, analysis of both tPA KO and WT mice shows that endogenous tPA is both required and sufficient to cause opening of the BBB after temporary MCAO.

Numerous studies have been conducted on the mechanism of vascular unit breakdown during ischemia and tPA reperfusion. The activation of platelet derived growth factor (PDGF)-CC, a recently identified PDGF variant, may contribute to the disruption in part. Through the well-known PDGF-CC agonist, tPA increases BBB permeability. Mice were given the PDGF-α inhibitor imatinib mesylate, commonly known as Gleevec or STI571, 1 hour after MCAO to see whether the activation of PDGF-α modulates the cerebrovascular response to stroke. Comparing imatinib-treated animals to control mice, the extravasation of Evans-Blue following MCAO was reduced by 33% in the imatinib-treated animals. Additionally, imatinib, when given 1 hour after the start of ischemia, dramatically decreased hemorrhagic consequences. Treatment with PDGF-CC neutralizing antibodies decreased Evans-Blue extravasation as well.

In the pathogenesis of BBB degradation and ischemic stroke, oxidative stress and MMPs have a significant relationship. When the physiological balance between oxidants and antioxidants tips in favor of the oxidants, an organism is more likely to sustain possible harm. This situation is known as oxidative stress. Soon after vascular occlusion, free radicals, such as ROS and reactive nitrogen species (RNS), are produced. Accumulated free radicals not only make brain tissue more vulnerable to ischemia injury, but they also set off a variety of biochemical pathways that control the activation of MMPs. In the ischemic brain, this causes TJs to deteriorate and increases BBB permeability.

RNS and tyrosine nitration levels were shown to be elevated in the brain tissue of stroke patients as well as in experimental ischemia animal models. Additionally, in cerebral I/R damage, superoxide scavengers, NOS inhibitors, and catalysts for peroxynitrite breakdown mitigated BBB disruption, decreased infarction volume, and alleviated neurological dysfunctions. The primary defense against the toxicity of free radicals is superoxide dismutase (SOD2), which causes SOD2 KO mice to show a substantial rise in MMP-9 and a greater incidence of brain hemorrhaging following MCAO. This suggests that extra radicals have the ability to activate MMP-9 and cause HT in the post-ischemic brain. These results imply that an important therapeutic target for improving the prognosis of an ischemic stroke is free radicals.

When symptoms of a stroke first develop, it is crucial to seek medical attention right once since they may be fatal. The signs and symptoms of an ischemic stroke often appear on one side of the body first. The American Stroke Association (ASA) advises individuals to keep F.A.S.T. in mind.

Ischemic strokes happen when the blood supply to a portion of the brain is cut off. The vast majority of strokes are caused by this kind of stroke. An ischemic stroke might have stopped blood flow due to a blood clot or atherosclerosis, a condition that gradually narrows the arteries.

How Is Acute Ischemic Stroke Treated?

The most effective very early therapies for ischemic stroke include: Thrombolytic treatment is administering alteplase (commonly known as tPA, or "tissue plasminogen activator") or a related drug called tenecteplase intravenously (IV) (through a vein).

What Is Considered An Acute Ischemic Stroke?

When a clot, a clump of thickened blood, blocks blood flow through a brain artery, an acute ischemic stroke takes place. According to where in the body they form, clots are either thrombotic or embolic. The more frequent of the two strokes, thrombotic stroke, happens when a clot develops in a brain artery.

A crucial pathophysiological event in acute ischemic stroke that begins early enough to fall inside the thrombolytic time window is blood-brain barrier disruption.

Being closely linked to HT, this early ischemic BBB damage is becoming a prospective target for lowering the hemorrhagic side effects of thrombolytic stroke treatment.

However, little is known about the processes that cause early ischemia BBB degradation. Understanding the precise function of MMPs and its signal cascades after an ischemic stroke will have significant diagnostic implications for stroke as well as for the creation of MMP-modulating treatment techniques.

Acute ischemic stroke remains one of the most difficult diseases in translational neurology due to its complex pathophysiology, which affects blood vessels, neurons, and glial cells.

Sadly, this is due to the rapid translation of experimental discoveries into clinical practice having previously raised issues. The improvements in the design of our scientific and clinical trials, together with the gains in our knowledge of the fundamental biology of acute ischemic stroke, should enable causative treatment solutions to quickly enter the clinic.