Airless Tires - A Game Changing Technology For Wheels In Future 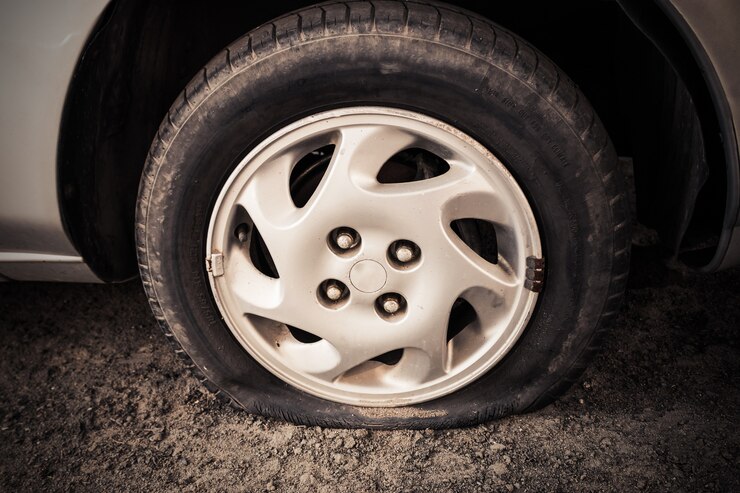 Airless tires, non-pneumatic tires (NPT), or flat-free tires that don't rely on air pressure. They can be found on lawnmowers, electric golf carts, and other small-scale-powered vehicles.

They are also used on backhoes and other heavy equipment that must work in hazardous environments where tire punctures are common, such as during building demolition. Bicycle and wheelchair tires are also produced using closed-cell polyurethane foam.

They may also be seen on wheelbarrows used in the garden or job site. Flat tires and other problems caused by air loss due to punctures or road hazards are less likely to occur with airless technology.

The announcement that Bridgestone was developing an “airless” or non-pneumatic tire for the passenger vehicle market sparked the interest of many drivers. Although this prototype is still being developed, the future looks bright for this revolutionary tire.

This quality has a lot of potentials to cut down on waste and the amount of raw materials used in large-scale manufacturing.

The most apparent advantage of airless tires is that you never have to worry about getting a flat and having to pull over to the side of the road to change a wheel, use a repair kit, or wait for help because your tire has a hole in it.

Goodyear's extensive testing of airless tires reveals that spokes can deform and break but that the tires can continue to perform safely afterward, so you don't have to worry as much about punctures.

No Need For Spare Tyres

Drivers won't have to keep a spare tire or puncture repair equipment in their vehicles as often if they never get a flat. However, full-size light tires have fallen out of favor recently, so many automobiles no longer ship with one.

However, many merely have temporary space savers, a tube of puncture repair goo, and tire inflates that operate by electricity. You won't need any extra gear with airless tires, freeing up valuable room in the trunk.

When vehicles in sectors like agriculture, mining, and construction that depend heavily on them have tire failure, it may have a devastating impact on those sectors.

The same holds for drivers in the taxi business or on public transportation: a bus or cab with a flat tire is a loss of income for the driver and an inconvenience for passengers.

Without flat tires, these businesses would struggle to maintain efficiency and productivity while keeping prices down.

Some estimates put the lifespan of airless tires at three times that of traditional ones, thus reducing the frequency with which they must be changed. Since there is no need to adjust tire pressure, the tires will always be in a condition that maximizes fuel efficiency and prevents premature tread wear.

The 'Tweel' (a portmanteau of 'tire' and 'wheel') was first produced by Michelin in 2005 and has since found widespread usage on light, low-speed vehicles in the agricultural and construction industries.

There is a thing called rolling resistance that tires encounter. The car's engine must exert more power to move forward because the tires lose energy every time they flex in contact with the road.

Manufacturers like Bridgestone claim that their concept air-free tires are more efficient than standard tires because they have a lower rolling resistance than their inflated fuel-efficient 'Ecopia' tires.

Airless Tyres Can Be Easily Recycled

Many tire manufacturers claim that their designs for airless tires are entirely recyclable back into new airless tire products. Bridgestone's non-pneumatic tires will be the first of their kind to use what the company calls its "cradle-to-cradle" technology.

However, at the moment, drivers used to the reaction and feel of conventional tires may find airless tires unsettling.

Airless Tyres Are Expensive To Buy

Airless tires are still quite pricey at the moment. The Michelin Tweel's price tag includes the tire and the wheel cost up to $750 (about £630). These can only be used on small commercial vehicles similar to UTVs, and their peak speed is limited to 38 miles per hour.

The initial cost of bigger airless tires for common passenger cars is anticipated to be high. However, if they gain popularity and are adopted by more people, the high prices may decrease with time.

However, not everyone is convinced by Bridgestone's assertions that vehicles equipped with airless tires may reduce carbon dioxide emissions compared to conventional tires.

It has been argued that the increased rolling resistance is due to the broader contact patch of most airless tires. As a result, the car's engine may become less efficient, resulting in higher fuel consumption and, therefore, higher carbon dioxide (CO2) emissions.

This may have a detrimental impact on the battery life and driving range of electric vehicles.

Many motorists were intrigued by Bridgestone's declaration that the company was working on an "airless" or non-pneumatic tire for the consumer market. The future of this innovative tire appears bright, even if it is only in the prototype stage.

Tire inflation is no longer necessary, thanks to Bridgestone's airless tire technology, which uses a unique spoke structure to bear the vehicle's weight.

Bridgestone introduced its next-generation air-free concept non-pneumatic tire in 2013 with enhanced load-bearing capacity, environmental design, and driving performance. However, improvements must be made before airless tires can be sold to the general public.

Several challenges must be overcome before this can happen, including finding a mechanism to prevent debris from being trapped inside the spokes and determining the most efficient method to distribute weight and reliably transfer weights.

Many fans believe airless tires won't be available for another ten years because of factors like these.

Despite this, the pressure to adopt new technologies as they become available suggests that airless tires be a positive development for both customers and the automotive industry.

Nowadays, solid rubber or plastic is used to make most airless tires. These tires have several commercial uses, including golf carts, trailers, and lawn mowers.

Flat tires and other air loss failures due to punctures or road hazards are less likely to occur with the MICHELIN® Uptis (Unique Puncture-Proof Tire System), an airless mobility solution for passenger cars.

Uptis is a major improvement on current airless mobility technology because of Michelin's knowledge of advanced materials. Because it doesn't need manual pressure checks, Uptis is great for autonomous cars and passenger car fleets.

Michelin has inked a cooperative research agreement with General Motors, a major global OEM and valued partner, to work together on the development of Uptis, with the revolutionary objective of making the technology standard on passenger cars by the middle of the decade.

The innovative construction and components of Uptis will positively affect the environment, such as lowering the number of tires produced and the amount of energy and resources required to make tires.

How Long Do Airless Tires Last?

Tires should be inspected every five years, at most, by motorists. It has been said that the airless tire may endure up to three times as long as a regular one.

Can You Put Airless Tires On A Car?

The MICHELIN® Uptis tire provides many benefits and is an assembled airless mobility solution for passenger cars. Drivers are less anxious about being involved in an accident or having their vehicle damaged because of a flat tire or other air loss failure caused by road hazards.

Why Don't People Use Airless Tires?

While some energy is lost as heat by pneumatic tires, increasing tire pressure and decreasing tire-road friction is simple. Replacement of air with heavier materials in airless tires increases fuel consumption; thus, their design must be flawless.

The most significant benefit of airless tires is that they never lose air pressure. One other perk is that airless tires have a longer lifespan than conventional ones, which means less money is spent on tire replacements.

The two businesses' airless tires are still in the development and testing phases, and there are several obstacles on the path to widespread airless tire adoption. The timeline for their completion varies, but Goodyear says 2030, while Michelin says 2024.

Eventually, airless tires will become the norm, but before then, their performance and cost must catch up to those of conventional tires.