Alvimopan – Effective Use With Lowest Side Effects 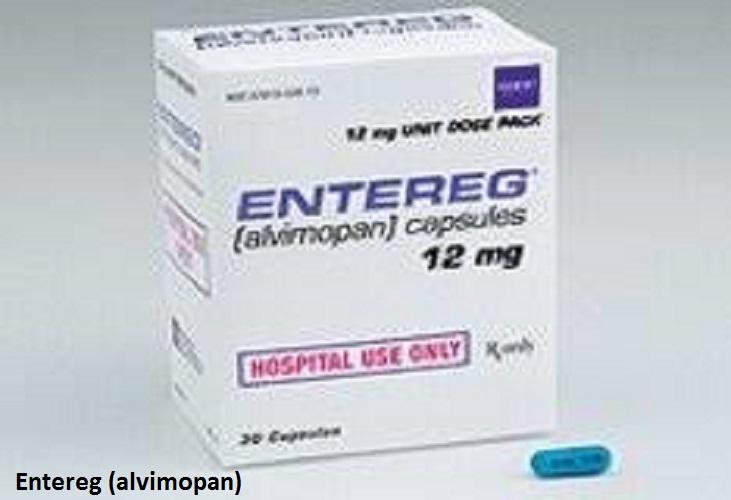 Alvimopan is an opioid antagonist that shortens recovery time after partial large or small bowel resection surgery with primary anastomosis.

It is also being researched for usage in the treatment of pain (acute or chronic).

The Food and Drug Administration (FDA) in the United States has approved alvimopan for short-term usage in hospitals.

It is the first FDA-approved treatment for POI and is only accessible in hospitals for short-term usage.

The medication has been registered with the Entereg Access Support and Education (EASE) program.

Alvimopan should only be used in a hospital since it is an oral tablet.

The FDA has authorized Alvimopan with a Risk Evaluation and Mitigation Strategy (REMS) to guarantee that the drug's benefits exceed the dangers.

The FDA has limited the distribution of alvimopan under REMS to hospitals that have joined the EASE program.

This limitation states that alvimopan should not be given to patients after they have been discharged from the hospital.

To be eligible for EASE, hospitals must demonstrate that the personnel who prescribe, distribute, and administer alvimopan have received teaching materials regarding the need of limiting alvimopan usage to inpatients exclusively and limiting the dosage to 15 doses per patient.

Indicated to shorten the time it takes to recover after upper and lower GI procedures that involve partial bowel resection with primary anastomosis.

12 mg PO given is 30 minutes to 5 hours before surgery, then 12 mg PO is given every 12 hours commencing 1 day after surgery until discharge for a maximum of 7 days; patients should not get more than 15 doses.

Alvimopan binds to mu-opioid receptors in the gastrointestinal system competitively; however, unlike methylnaltrexone, which depends on its ionic charge, alvimopan's selectivity for peripheral receptors is due to its pharmacokinetics.

With a Ki of 0.2 ng/mL, alvimopan binds to peripheral mu-receptors.

Alvimopan's strong affinity for the peripheral mu-receptor causes delayed absorption due to receptor dissociation and, as a result, the poor oral bioavailability of less than 7%.

Although it has no clinically significant impact on the drug's effects, gut flora predominantly metabolizes alvimopan to an active metabolite.

The principal route for alvimopan elimination was thought to be biliary secretion.

Following oral administration, the medication competitively binds to mu-opioid receptors in the GI tract, antagonizing the peripheral effects of opioids on GI motility and secretion.

Alvimopan efficiently antagonizes the GI motility effects of analgesics (such as morphine) by acting peripherally, without reversing central analgesic effectiveness.

Alvimopan is zwitterionic at physiological pH, which adds to its limited solubility due to the ion's capacity to carry a positive and negative charge at the same time.

The plasma concentration of alvimopan peaks two hours after intake in healthy people.

Alvimopan does not pass the blood-brain barrier due to its somewhat high molecular weight and poor lipophilicity.

Alvimopan has one main metabolite (ADL 08-0011) with a terminal half-life identical to the parent medication of 10 to 18 hours.

This metabolite is produced through intestine metabolism rather than liver metabolism.

Although high-fat meals reduce the amount and pace of alvimopan absorption, the therapeutic implications is uncertain.

Because the drug's pharmacokinetics are unaffected by the patient's age or gender, no dose modifications are required.

Approximately 2% of the given dosage is eliminated as the unaltered medication in the urine.

The predominant route of elimination for alvimopan is biliary secretion; there is no indication that hepatic metabolism plays a role in subsequent clearance.

Alvimopan is a systemic opioid receptor antagonist that goes by the trade name "Entereg."

Alvimopan systemic is used to treat gastrointestinal surgery as well as postoperative Ileus.

This medication is exclusively administered to hospitalized patients as part of a unique program called Entereg® Access Support and Education (EASE).

It is solely meant for short-term usage.

This medication's dosage will vary depending on the patient. Follow your doctor's orders or the label's instructions.

This information only reflects the typical dosages of this medication.

If your dosage differs, do not modify it unless your doctor instructs you to.

The potency of the drug determines the quantity of medication you take.

In addition, the number of dosages you take each day, the duration between doses, and the length of time you take the drug are all determined by the medical issue for which you are taking the medicine.

Side Effects Of Using Alvimopan

Alvimopan may have unwanted side effects. Inform your doctor if any of the following symptoms are severe or persistent:

Other adverse effects of Alvimopan are also possible. Inform your doctor if you have any odd side effects while using this medicine.

In one research, those who took alvimopan for up to 12 months were more likely to have a heart attack than those who did not.

In another trial, patients who took alvimopan for up to 7 days after colon surgery were no more likely to have a heart attack than those who did not.

Discuss the hazards of taking alvimopan with your doctor.

Patients well-tolerated Alvimopan. Nausea, vomiting, and abdominal distention were among the most reported side effects.

At therapeutic levels, the medication did not seem to reverse opioid analgesia.

However, in individuals on prolonged opioid medication, alvimopan usage may cause a dose-related, localized, gut-specific withdrawal.

A total of 1,012 patients having intestinal resection or radical hysterectomy were recruited in three randomized, double-blind, placebo-controlled studies.

Patients were randomly randomized to receive either alvimopan 6 mg or a placebo two hours before surgery and then twice daily thereafter.

Nausea, vomiting, and hypotension were the most frequently seen treatment-emergent side effects.

Patients receiving placebo had nausea and vomiting at a greater, but not statistically significant, rate than those receiving alvimopan 6 mg.

The incidence of hypotension did not vary across groups.

Serious adverse events associated with the trial medicine were reported by 1.2% of placebo participants and 3% of patients receiving alvimopan 6 mg, according to the authors.

The proportion of patients who stopped taking alvimopan 6-mg due to adverse events was 2.4% in the alvimopan 6 mg group and 4.2% in the placebo group.

A 12-month phase 3 double-blind, placebo-controlled research looked at the long-term safety and tolerability of alvimopan 0.5 mg twice daily in patients who were using opioids for chronic non-cancer pain and had opioid-induced bowel dysfunction.

A total of 805 patients were randomly allocated, with 538 receiving alvimopan and 267 receiving placebo.

When compared to placebo individuals, those receiving alvimopan had a greater rate of myocardial infarctions.

Five MIs occurred at two research facilities and did not seem to be connected to the length of alvimopan therapy.

Your doctor must monitor your progress frequently to look for any issues or side effects this medication may cause.

Taking this medication for more than 15 doses may raise your chances of having a heart attack.

This medication should not be given to patients over 15 doses.

Before beginning this medication, inform your doctor if you have used narcotic pain medicines (e.g., codeine, morphine, or Dolophine®) in the previous 7 days.

When used with narcotic pain medicines, the risk of adverse effects increases.

When Do You Use Entereg?

ENTEREG is used to shorten the time it takes for patients to recover after partial large or small bowel resection surgery with primary anastomosis.

How Much Does Alvimopan Cost?

A seven-day course of alvimopan (15 capsules) will set you back $1,125. Other gastrointestinal motility drugs, such as metoclopramide (Reglan) and erythromycin, cost less than $5 for a one-week supply.

Is Alvimopan An Opioid Antagonist?

What Class Of Drug Is Alvimopan?

Alvimopan belongs to a family of drugs known as peripherally acting mu-opioid receptor antagonists. It works by preventing constipation caused by opioid (narcotic) medicines that alleviate pain after surgery.

Alvimopan should only be used in individuals at a greater risk of developing postoperative ileus after abdominal surgery, such as hospitalized patients having a colon resection with primary anastomosis.

It is a costly choice with restricted indications; comparative trials with comparable medicines are required.