Artificial Intelligence - How Does It Help In Understanding Human Creativity? 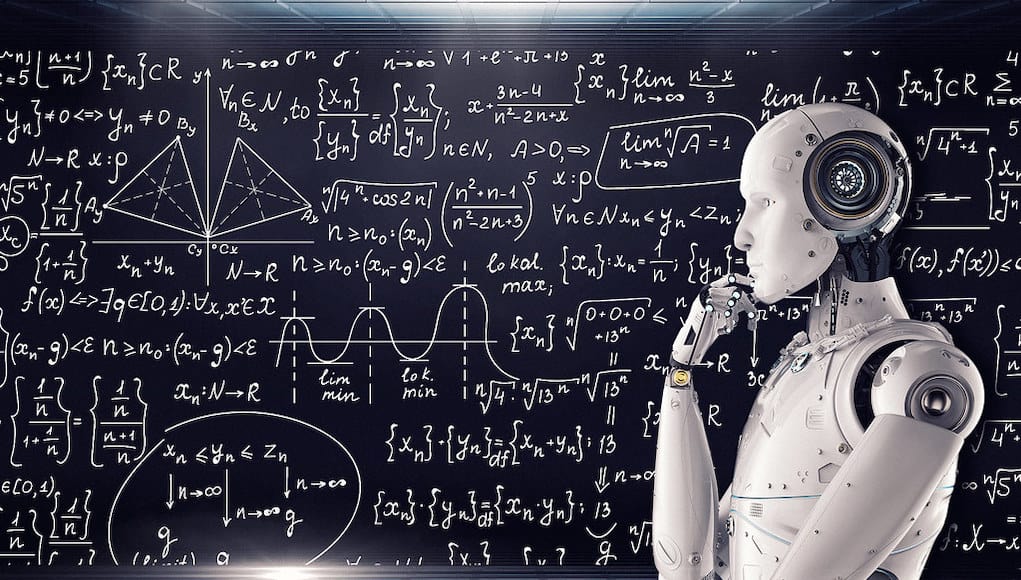 Research on creativity in psychology has tended to follow well-worn paths: straightforward assessments of creativity (such as the alternate uses test), correlations with IQ measures, and more recently, brain correlates of creativity such as EEG and fMRI.

The use of artificial intelligence (AI) development to produce tools for researching human creativity is one area of research that hasn't received much attention.

The advancements in AI are astounding. In Jeopardy!, a game show where participants must determine the answer to a question, IBM's Watson outperformed the top human players because of its superior command of natural language and expertise.

Not any less astonishing is the fact that automated assistants that can schedule appointments over the phone and self-driving automobiles are almost here.

These discoveries bring challenging but intriguing concerns concerning the fundamental nature of human creativity and, in fact, reason. They also raise significant difficulties about human identity.

But they also provide fresh chances to examine human ingenuity. New theories of creativity may be established, as well as whole new types of studies that go well beyond the straightforward tasks that have traditionally been employed to explore creativity.

What Is Artificial Intelligence?

Since it is created to execute a specific goal, narrow AI (also known as weak AI) is the right name for today's artificial intelligence (e.g. only facial recognition or only internet searches or only driving a car).

Because the Logic Theorist proved several theorems more elegantly than Russell and Whitehead, this study led to a theory that has had a big impact on how people solve problems and how they think of new ideas.

AI inventiveness in research is widespread. A "robot scientist" at Aberystwyth University created hypotheses, organized experiments to test them, and analyzed the findings.

Harold Cohen, a British abstract painter, almost quit his profession to understand his creative process. To accomplish this, he built a computer software, AARON, that could sketch and color independently.

AI hasn't affected creative studies in psychology. Mainstream research overlooks it, and creative textbooks and handbooks seldom touch it. This omission is a mistake.

The Specter Of Bounded Rationality

Go and chess, two creative board games, show how AI has limited human inventiveness. After losing 3–0 to AlphaGo Master in 2017, world No. 1 Chinese Go grandmaster Ke Jie said, "After humanity spent thousands of years improving our tactics, computers tell us that humans are completely wrong… I would go as far as to say not a single human has touched the edge of the truth of Go."

This version of AlphaGo, which defeated Ke Jie and other famous Go grandmasters, was beaten 89–11 by AlphaGo Zero, a fresh version of the software that learns from scratch by playing against itself.

Grandmasters repeat Ke Jie's statement. In the second game of his 1997 encounter against Deep Blue, Kasparov and other grandmasters were amazed by the computer's intelligent and inventive technique of creating a positional advantage and preventing Kasparov's counter-play.

Kasparov was so surprised that he accused IBM and Deep Blue's programmers of cheating for 20 years. In the sixth game of Deep Fritz's 2006 match against Vladimir Kramnik, the computer made a duffer-like rook move.

As the game progressed, it became evident that this gambit was an innovative strategy to provoke Kramnik's kingside deficiencies, allowing Deep Blue to launch a devastating onslaught.

These restrictions on rationality and creativity are consistent with Simon's theory of limited rationality, which proposes that knowledge and computing power limit a decision maker's ability to make logical decisions. Cognitive psychology research predicts these restrictions.

Bilali et al. revealed that even specialists may be misled by their expertise, preferring regular responses over unique and creative ones, even though the latter are superior. When a common answer appears first, it's hard to discover another (a phenomenon known as the Einstellung effect). In Bilali et al.'s chess experiment, the Einstellung group's strength was reduced by one standard deviation.

When reading about creativity in psychology, it's impossible not to feel that something is wrong. A lot of study has been done on basic tasks that are far from actual creativity in the arts and sciences, such as alternate uses, word creation, and insight issues. However, it is disputed if these tasks tell us anything about true creativity.

Numerous investigations have demonstrated that many tests employed in the area correspond more with g and verbal intelligence than with real-world creativity. Zeng et al. find in their literature evaluation that divergent-thinking assessments have six key shortcomings, including low predictive, ecological, and discriminant validity.

While some researchers have designed tasks that map more closely to real-world creativity, this method is uncommon in creativity research.

Experimentation and theory development raise comparable concerns. Although many routes have been examined, including generation and selection, heuristic search, issue finding, systems theories, intelligence-based explanations, and psychopathological explanations, vast experimental and theoretical domains have been disregarded or hardly touched. This is due to human restricted rationality and time limitations.

A New Way Of Designing Experiments

AI may help test creativity. The objective is to use existing technology to construct complex ecosystems that can be investigated scientifically. These trials go beyond the normal creative exercises.

Instead of using the Remote Associates Test to examine creativity, participants are asked to uncover the rules of a virtual universe. Dunbar, Klahr, and others accomplished this earlier.

The important contribution is to suggest using far more complicated settings, including ones where intelligent agents approach the complexity of researching human-affected events, as in psychology and sociology. Standard programming approaches can model physical environments without intelligent creatures, but AI can simulate considerably more sophisticated worlds with physical, biological, and psychosocial rules.

In both situations, participants must reverse-engineer at least some domain rules to generate scientific findings. Participants must design experiments to explore how agents in a certain setting learn.

These worlds' mechanics and regulations might be comparable to those now theorized in science or entirely distinct with novel physics, biology, or psychological laws. It's like scientists are searching for life on a new planet.

As indicated above, humans only investigate a tiny number of subspaces inside the space of all potential theories, and even these are examined sparingly. Mindsets and biases reinforce faulty assumptions while ignoring more promising ones. AI can free us.

Due to space limits, we describe just one technique, Automatic Generation of Theories (AGT), which is pertinent to our topic because it avoids local minima, unlike human cognition, which is prone to mind-sets, Einstellung effects, and other cognitive biases. AGT's main concepts are:

Simulations have shown that the process is capable of generating intriguing ideas from simple experiments. This and other methods of artificial scientific discovery will probably provide theoretical justification for increasingly sophisticated human behaviors, including creativity itself, as a result of the ceaseless advancement of technology.

The two AI applications presented in this work for investigating creativity in psychology are not designed to replace existing approaches but to contribute to researchers' theoretical notions and experimental procedures. They aren't creative panaceas. This AI usage may offer advantages that creativity researchers have ignored.

These terms create philosophical and methodological obstacles. Participants' findings will be graded, compared, and utilized to test ideas for the suggested data collection approach. Given the complexity and richness of the data, computational models will undoubtedly be needed—maybe models provided by our second AI usage.

AI-generated theories present similar practical and theoretical difficulties. Will the developed theories be intelligible to humans, or will they be black boxes giving proper outputs (predictions) given a task description and other variables like participant age?

Will their structure be parsimonious? How will they connect to other psychological ideas, such as memory and decision-making? Will they help teach specialists to be creative?

What form of AI is better for creating theories? Genetic programming is one example, while adaptive production systems and deep learning are others.

Is a computer-generated product creative? Who owns the data? Computer programs as co-authors? How will human-computer synergy evolve? Should false news be prohibited or regulated as a form of creativity?

As noted, these advances pose problems regarding human reason. They showcase the greatness of Mozart and Picasso.

They also affect science and creative creativity. Computer programs might co-design creative items with humans or operate autonomously to explore new conceptual realms. In science, the emphasis of this article, this may lead to fresh research tactics, procedures, experiments, hypotheses, and theoretical frameworks.

Mixing ideas and procedures across subfields (e.g., memory and decision-making), disciplines (e.g., psychology and chemistry), and science and the arts is of special interest. New training options have been considered. Artificial creativity will help us break our mind-sets and rethink human ingenuity.

What Are The Four Types Of Artificial Intelligence?

According to the current method of categorization, there are four major forms of artificial intelligence: reactive, limited memory, theory of mind, and self-awareness.

What Is Artificial Intelligence Used For?

Artificial intelligence is often used to provide users with tailored suggestions based on their past searches, purchases, or other online activity. AI is crucial to business, helping to optimize goods, organize inventories, and logistics, among other things.

How Is Artificial Intelligence Used In Daily Life?

Voice assistants, picture recognition for face unlock in smartphones, and ML-based financial fraud detection are a few prominent examples of AI software that is utilized in daily life. Software having AI capabilities may often be downloaded from an internet shop without the need for any additional hardware.

Why Is Artificial Intelligence The Future?

In almost every sector, artificial intelligence is influencing how people will live in the future. It already serves as the primary force behind developing technologies like big data, robots, and the Internet of Things, and it will continue to do so for the foreseeable future.

The utility of AI has been shown by various success stories. Businesses may significantly enhance users' experience and increase productivity by integrating machine learning and cognitive interfaces into their current business processes and apps.

There are some obstacles, however. Few businesses have used AI extensively for a variety of reasons. For instance, AI projects are often computationally costly if they don't leverage cloud computing. Additionally, they are difficult to construct and call for knowledge that is in high demand but low supply. These challenges may be reduced by being aware of when and when to use AI and when to consult a third party.