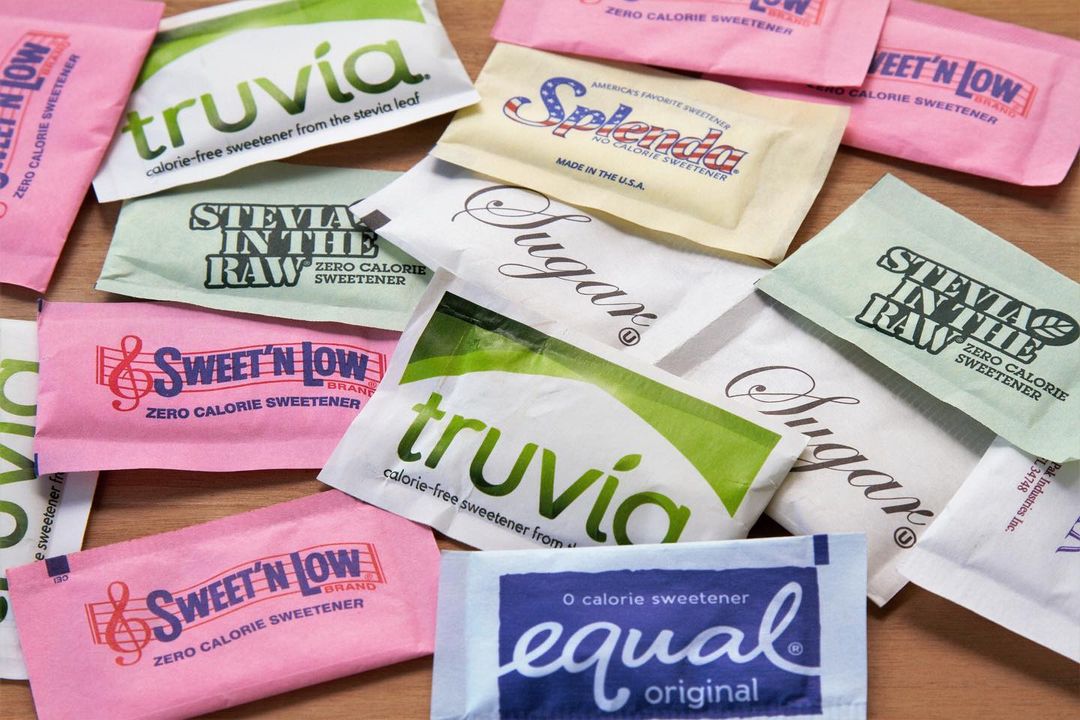 Recently, artificial sweeteners were once again placed under scrutiny when no less than the World Health Organization (WHO) reiterated its warning on their consumption.

A high time to do that.

By 2021, aspartame, a popular low-calorie sweetener, attained a market growth that, in monetary terms, was approximately $9 billion, reported Gulf News.

The WHO drafted a guideline to address health-related concerns over their use as well as other issues and interests associated with sugar substitutes.

Released on July 15, 2022, the said guideline aims to inform the public about WHO’s latest findings regarding them.

Those discoveries – after perusing over 200 studies – steered the agency in reviewing, among other things, the acceptable daily intake (ADI) and the possible health risks.

The Joint FAO/WHO Expert Committee Report on Food Additives (JECFA) contributed to the guideline. Established in 1945, the Food and Agriculture Organization (FAO) is one of the specialized agencies of the United Nations.

The WHO also worked with the International Agency for Research on Cancer (IARC; est. 1965).

Ready to digest a nice serving of updated information about artificial sweeteners?

The Truth About Artificial Sweeteners

Promise, no sugar coating on this one.

From the Encyclopedia of Food Safety (2014):

Food additives are natural or synthetic chemicals added to food to preserve flavor, enhance its texture or appearance.

Artificial sweeteners are also referred to as:

In reference to artificial sweeteners, the WHO Draft Guideline: Use of Non-Sugar Sweeteners (July 2022) used the term “non-sugar sweeteners.”

In that guideline, WHO defined “non-sugar sweeteners” as:

All synthetic and naturally occurring or modified non-nutritive sweeteners that are not classified as sugars.

Generally, artificial sweeteners are synthetic (made from artificial, not natural, substances) chemicals or synthetic food additives.

However, based on WHO’s definition, artificial sweeteners can be derived from natural substances.

To better understand the aforementioned definition, read below the meaning provided by Dr. Mike Hansen, a New York-based internist, pulmonologist, and intensivist:

A sugar substitute is a food additive that provides a sweet taste like that of sugar while containing significantly less food energy than sugar-based sweeteners, making it a zero-calorie or low-calorie sweetener.

Dr. Hansen was talking about energy density when he mentioned “less food energy.”

In a 2008 publication, the U.S. Centers for Disease Control and Prevention (CDC) defined “energy density” as “the amount of energy or calories in a particular weight of food.”

Energy density is “generally presented as the number of calories in a gram (kcal/g).” CDC gave this one as an example: a 45-gram of chocolate bar may contain 230 calories.

Based on Dr. Hansen’s definition of sugar substitutes, they have lesser calories (hence, the term “low-calorie sweetener”) compared to table/white/regular sugar.

That’s why there’s the notion that because artificial sweeteners are low in calories, people will not gain weight if they consume it instead of regular sugar.

But WHO discredited that belief.

According to its guideline, there exists insufficient proof that consuming non-sugar sweeteners (NSS) will be advantageous in maintaining a person’s ideal weight.

The “lack of evidence” prompted the agency to issue a “conditional recommendation” regarding the use of NSS:

WHO suggests that NSS not be used as a means of achieving weight control or reducing risk of noncommunicable diseases.

Moreover, the guideline pointed out that the low-calorie content of artificial sweeteners may only lead to short-term benefits.

The WHO warns the public that the “possible long-term undesirable effects” is greater than the short-term benefits.

What could be those probable “undesirable effects?”

That would be, according to WHO, the “increased risk” of acquiring a disease – and “of death.”

Furthermore, the WHO guideline stated:

NSS are not essential dietary factors and have no nutritional value.

Prior to the guideline, WHO published Health Effects of the Use of Non-Sugar Sweeteners: A Systematic Review and Meta-Analysis” (April 2022).

After reviewing 283 studies, the agency made a declaration echoed by the guideline it published a few months after:

There is no clear consensus on whether non-sugar sweeteners are effective for long-term weight loss or maintenance . . . at intakes within the ADI.

Based on the results of the trials studied by WHO, “non-sugar sweeteners may have little impact” on achieving or maintaining “lower body weight.”

Per WHO, its “strong recommendation” for the acceptable daily intake (ADI) of sugar is 50 grams per day (or “less than 10 percent of energy intake”).

Its “conditional recommendation” for ADI of sugar, however, is 25g/day (or “below 5 percent of total energy intake).

As for ADI for artificial sweeteners by JECFA, see the table below (from WHO's Health Effects of the Use of Non-Sugar Sweeteners):

Now why use “intense” and “high-intensity” when describing artificial sweeteners?

Canadian non-profit organization Health First Network said that artificial sweeteners “can be up to 600 times as sweet as sugar!”

Sucralose, a kind of sugar substitute, even has a higher level of sweetness than that, according to Professor of Pediatrics Michael I. Goran, Ph.D.

Dr. Goran, who’s also the Program Director for Nutrition and Obesity at Children’s Hospital of Los Angeles, wrote that in one Instagram post.

When it comes to sweetness level, other sugar substitutes won’t allow themselves to fall behind.

Below is another table and this time, with information from the U.S. Food and Drug Administration (FDA):

Anyway, in an article dated May 2014 (updated: December 2017) and posted on its website, the FDA approved all six as food additives to be used in the U.S.

Here’s a table of artificial sweeteners and their corresponding brand names:

Twinsweet, by the Chinese company Vitasweet (est. 1995), is made up of aspartame and Acesulfame-K.

Some countries including the U.S. banned cyclamate (or sodium cyclamate) in 1969/70, according to the Encyclopedia of Food Sciences and Nutrition (2003). Based on studies involving lab rats, it could cause cancer.

Some of the foods that contain artificial sweeteners:

Chewing gums, ketchup, and salad dressings as well as toothpaste and mouthwash may have sugar substitutes in them.

In a 2022 interview with Gulf News, Dr. Nishanth Sanalkumar, an endocrinologist from the United Arab Emirates, said that artificial sweeteners have become “a good alternative” for people who like sweets.

He expressed concern, however, in the absence of studies (or the lack of) that will verify that sugar substitutes are safe for long-term consumption.

They [sugar substitutes] were initially promoted as a healthy alternative to prevent weight gain, obesity, diabetes, but there are no studies that show that they actually do that.

When it comes to studies showing how they can be harmful to one’s health, though, several were made through the course of time.

Based on studies, the following are ten possible harmful side effects of using artificial sweeteners on a long-term basis and beyond the ADI:

The American Headache Society cited a study published in 1989, which shows that aspartame is the one responsible.

Stroke, a peer-reviewed journal, published a study in 2017, which links artificially-sweetened soft drinks to the above-mentioned neurological problems.

Per one journal published in 2018 by Inflammatory Bowel Diseases, Splenda could increase the risk of having Crohn’s disease.

Two studies, both published in 2014 (Nature and Plos One), indicate that artificial sweeteners such as aspartame can negatively affect gut bacteria (the “good” bacteria in the intestines).

Sucralose is not absorbed or digested; it is excreted in the stool, which means that it might alter gut bacteria.

According to a study published by the Research in Nursing & Health (RINAH) in 2014, the culprit is aspartame.

Be cautious in using aspartame.

In another study (published by Nutrition Research in 2017), the researchers revealed that aspartame could cause liver damage.

Not everyone can have a sweet time while taking sugar substitutes.

An article by South Carolina-based Atlantic Spine and Health Clinic cautions that one may experience the following when using artificial sweeteners, specifically aspartame:

A journal published by Nature in 2014 identified these three:

Do Artificial Sweeteners Cause Cancer?

Medical News Today reported in April 2022 about a study showing that “people consuming large quantities of artificial sweeteners” can have a “13 percent higher risk of cancer.”

They can have breast cancer or other types of cancer “related to obesity.”

What Foods Have The Most Sugar?

Eat the following in moderation:

What Foods Are Not High In Sugar?

Some of them include:

Life is sweet, or so they say.

Desserts and other sugary stuff literally add sweetness to life.

Artificial sweeteners appear to be a wonderful refuge of sorts as people battle their way against weight gain – without giving up the cakes and the sodas, etc.

But, think about the health risks. Always.

To avoid the bitter moments of paying for medications or getting hospitalized, use them sparingly.

Or at least follow the recommended daily intake of artificial sweeteners.