What Are Astrocytes And What Role Do They Play In Intellectual Disabilities? 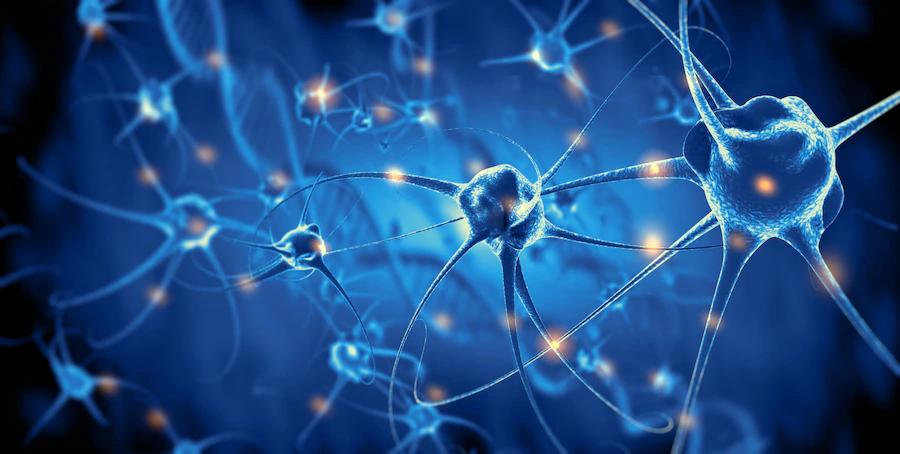 Astrocytes are the glial cells with the most significant size and the highest density. They are broadly dispersed throughout the brain and are double in the number of neurons.

Neurological dysfunction is the underlying cause of intellectual disabilities, a neurodevelopmental illness. Their prevalence is strongly related to brain growth.

Astrocytes are extensively dispersed in the brain and are the most extensive glial cells in size, with a number in the brain more significant than neurons. They are called Astrocytes because they resemble stars.

Astrocytes developed from neural progenitor cells and subsequently differentiated into two kinds of cells depending on their location in the brain: fibrous astrocytes and protoplasmic astrocytes. Fibrous astrocytes are thin cells with few branching found mainly in the white matter of the brain marrow.

Recent research on single-cell sequencing showed that astrocytes might have numerous subtypes with distinct transcriptome profiles. These brain region-specific subgroups had diverse morphological and physiological roles.

Astrocytes recognize molecular markers. GFAP is an astrocyte-specific molecular marker protein. Because GFAP expression is linked to astrocyte activation, it may be employed as a reliable and sensitive marker of reactive astrocytes.

These molecular markers offer an essential foundation for studying astrocyte functions and alterations in the diseased condition of the central nervous system.

What Is Intellectual Disability?

Intellectual impairment is a neurodevelopmental disorder defined by intellectual function and adaptation deficits that often emerge during the formative phases. It is the most prevalent symptom of numerous diseases, including Rett syndrome, Down syndrome, and fragile X syndrome.

Astrocytes form mostly surrounding neurons, and their processes may expand and fill the cell body and neurite to support and separate the neurons. The end process of specific astrocytes forms the end foot, making it easier to stick to the capillary wall or the brain and spinal cord surfaces to create glial-limiting membranes.

Astrocytes have been discovered to control the central nervous system via ongoing research. Astrocytes may communicate with neurons in two directions, contribute to synaptic composition, respond to neurotransmitters generated by synapses, and become reactive in response to chemical or physical injury.

They may also be triggered by microglia and govern the death of neurons and oligodendrocytes. These reactive astrocytes are also involved in synapse production, clearance, and control of synaptic plasticity.

Role Of Astrocytes In Intellectual Disability

Neuronal alterations are the source of many hereditary diseases, including Down’s and Fragile X syndrome. The pathogenic involvement of astrocytes in neurodevelopmental disorders has been well investigated, indicating that alterations in astrocytes may play an essential role in the pathogenesis of intellectual disability.

The importance of astrocyte morphological and functional abnormalities to the emergence of intellectual disability eventually emerged from an in-depth research of the morphology and function of glial cells.

When the central nervous system is injured, or pathological changes occur, astrocytes respond to aberrant nerve cells by releasing various chemicals both within and outside the cells, resulting in haemostatic, morphological, and functional abnormalities and the transformation of reactive astrocytes.

Increased reactive astrocytes in intellectual disability-related diseases have typically negative consequences on the central nervous system, which is evident in the inflammatory response.

Aside from the inflammatory response, astrocytes play a significant role in neuronal ion homeostasis in various intellectual disability-related disorders. The expression of K channels and other ion channels is decreased in the tuberous sclerosis model, reducing their capacity to buffer potassium.

A succession of events will ultimately lead to neuronal overexcitation, resulting in the Tuberous sclerosis complex. Neurodevelopmental impairment and intellectual disability were caused by astrocyte ion channels such as the K+ channel, BEST-1, and hemichannels. Neurotoxicity results from a glutamate/GABA imbalance in fragile X syndrome astrocytes, shortening neuronal dendritic lengths.

The tuberous sclerosis model also reduced the expression of glutamate transporters such as GLAST and GLAST. Metabotropic glutamate receptor 5 expression and Ca2+ response were reduced in the Rett syndrome model, decreasing the expression of neuron-dependent GLT1 and subsequently limiting neuronal glutamate uptake.

Changes in reactive astrocyte molecular pathways are also prevalent. Many proteins' expression levels in astrocytes of different disorders will also influence their incidence. Reduced brain-derived neurotrophic factor (BDNF) may be one of the causes of aberrant neural development in the Rett syndrome model.

Excessive alcohol use as a result of environmental circumstances will also have an impact on the process of intellectual growth. Ethanol has been shown to reduce total protein in astrocytes and inhibit astrocyte serotonin absorption. This research sheds light on the link between ethanol and CNS development.

A pregnancy-related infection will also have an impact on astrocyte and neuron development. The disease affected astrocytic biology and increased the number of reactive astrocytes. The offspring of rats infected during pregnancy have increased serotonin receptor sensitivity, raising the risk of neurological disorders.

Pb may stimulate astrocytes, causing them to produce inflammatory chemicals and elicit an inflammatory response. Pb may also cause oxidative stress in astrocytes, disrupt the astrocyte cell cycle, promote astrocyte death, and finally lead to neurological disorders. Furthermore, studies have shown that Pb might lower serotonin levels in the mouse brain, contributing to intellectual disability.

Intellectual Disability Of Drugs And Astrocytes

GM1 (monosialotetrahexosylganglioside sodium) may inhibit the aberrant release or reuptake of excitatory amino acid neurotransmitters like glutamate. GM1 can also enhance cerebral blood circulation and oxygen levels in the blood and preserve neurons.

Nerve growth requires vitamin B12. Reactive astrocytes were seen in higher numbers in the grey matter of vitamin B-deficient rats with microglial edema and myelinolytic lesions.

Mecobalamin and vitamin B12 may supplement vitamin B12 in the brain, stimulate nucleic acid and protein synthesis, improve axonal transport, regeneration, and myelin formation to avoid axonal degeneration, heal injured nerve tissues, and improve damaged glial cells in the brain.

What Do Astrocytes Do?

What Is One Disease That Astrocytes May Be Related To?

Do Astrocytes Play A Role In Intellectual Disabilities?

Genetic investigations of intellectual disabilities have shown that astrocytes may play a role in the pathogenesis of these illnesses.

Astrocytes' functions in cerebral development have been steadily studied in recent years via in-depth research. Their alterations are also linked to the onset and course of numerous neurological disorders. The etiology of intellectual impairment is complicated, with various processes yet unknown.

Dissecting the role of different astrocyte subtypes in intellectual disability-related diseases might lead to a new treatment strategy that would assist these individuals. As a result, medicines that suppress astrocyte lesions can potentially become a novel and essential therapy option for intellectual impairment.