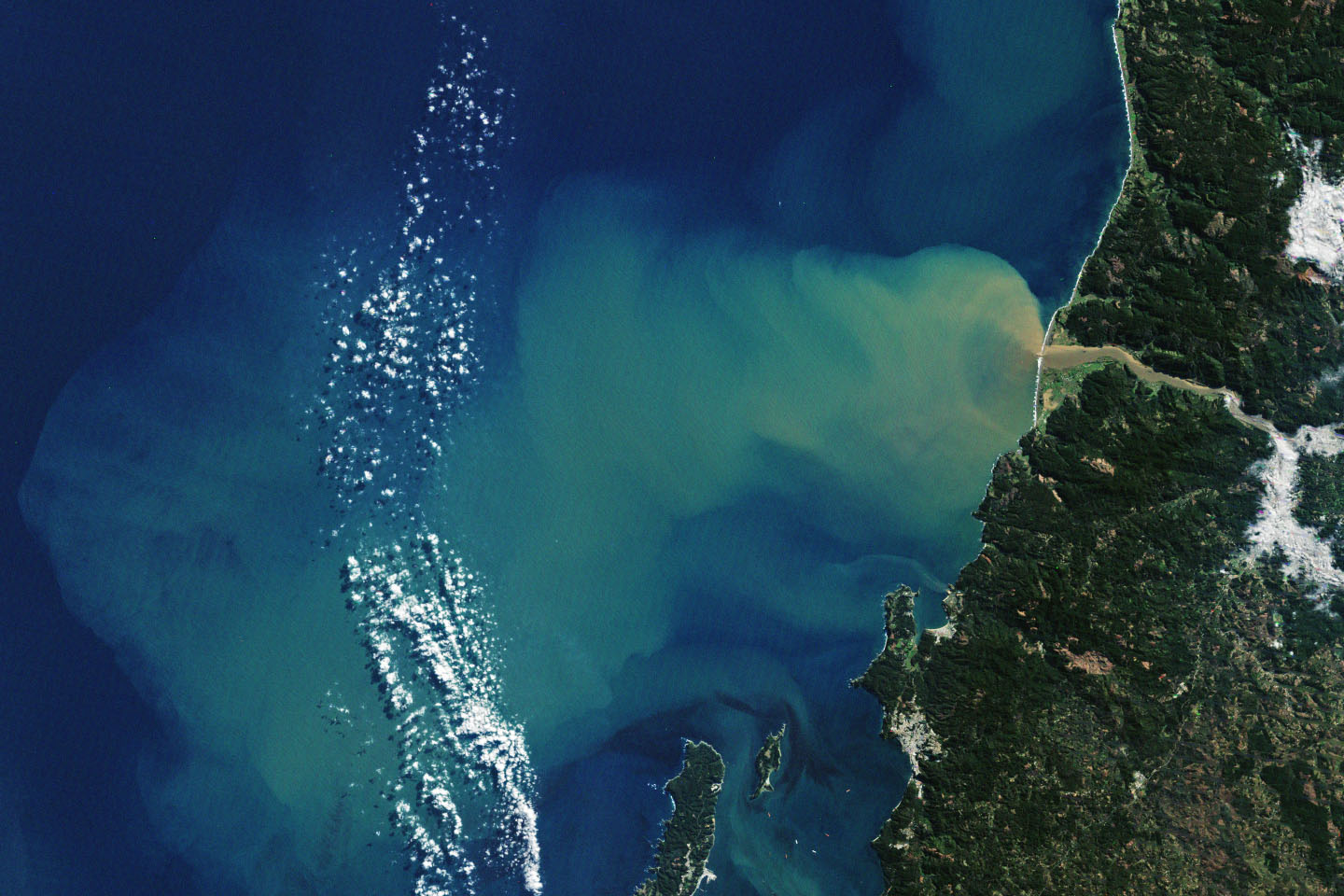 Aspects of the movement of moisture in the atmosphere that are climatological and meteorological must be taken into account and studied by atmospheric scientists.

To support studies into the origin of continental precipitation, it is especially crucial to review the conceptual models of moisture transport.

The study of water vapor transfer in extratropical climates revolves around the concept of the atmospheric river (AR).

The majority of the poleward water vapor transfer in the midlatitudes is carried out by atmospheric rivers (ARs), which are constrained areas.

They are a subset of the larger warm conveyor belt of extratropical cyclones and are distinguished by a high water vapor content and powerful low-level winds.

Although the meridional transfer of water vapor within ARs is crucial for water resources, ARs can also result in catastrophic floods, especially when they face steep terrain.

Since their identification as atmospheric rivers in the 1990s, they have been extensively researched as a characteristic of the midlatitude climate.

We list the key traits of ARs, which are in charge of moving vast volumes of water across the midlatitudes and up into higher latitudes via very narrow "rivers."

What Is An AR?

Most of the water vapor carried meridionally across the midlatitudes (>90% of the total midlatitude vertically integrated water vapor flux) occurs in atmospheric rivers. These transient filamentary zones occur in the warm conveyor belt (WCB) of extratropical cyclones and have high water vapor concentration and strong low-level winds (a low level jet).

Long (approximately 2000 km), narrow (about 300–500 km broad) areas of elevated water vapor flux are called "tropospheric rivers" by Newell et al. They called them "rivers" because they have flow rates similar to the world's greatest rivers.

Since tropospheric has gone out of favor, we now use "atmospheric rivers" (ARs), although there is still some controversy about the appropriateness of this term; alternatives are "tropical moisture exports" or "moisture conveyor belts."

This last term comes from an analogy with the conveyor belt model of extratropical cyclones, in which the WCB plays a crucial role in transporting sensible and latent heat polewards to balance the contribution of other components that carry cool and dry air equatorwards.

Non-technical names like "Hawaiian fire hose" or "Pineapple Express" are non-technical terminology forecasters use to refer to ARs that connect tropical moisture near the Hawaiian Islands with the west coast of North America; across the central U.S., ARs are called the "Maya Express."

Structure Of An AR - Observation And Modeling

An extratropical cyclone's pre-cold-frontal zone contains the warm conveyor belt, where a typical AR is located. Its attributes consist of:

An improved low-level specific humidity band that is concentrated (frontal convergence forces the air to ascend and is responsible for the vertical expansion of this band of enhanced humidity).

The equivalent potential temperature reveals moist-neutral stratification in the AR area, low-level potential instability on the cold side of the front, and low-level subsidence ahead of the AR linked with the dry cap on top of the trade wind inversion.

The moisture in an AR has two origins:

There are two main approaches used to detect ARs:

By applying criteria to Integrated Water Vapor (IWV) from satellite data, reanalyses, or models (in terms of IWV amount, length, and width, e.g., areas with IWV greater than 2 cm, narrower than 1000 km, and longer than about 2000 km).

Methods that calculate vertically integrated horizontal water vapor transport (IVT) between 1000 hPa and 300 hPa from atmospheric reanalysis or models, then use IVT thresholds to define an AR (e.g., IVT250, which defines an AR as a contiguous zone ≥2000 km in length with IVT ≥250 kg m−1 s−1).

Identifying hydrological extremes, such as extreme precipitation or floods, and analyzing the atmospheric state (e.g., IWV/IVT/specific humidity, and wind fields), is another technique.

A Climatological View Of ARs

Each hemisphere has three to five primary channels that transmit water vapor in narrow streams across midlatitudes. At 35°N, 90% of the meridional water vapor flux is attributable to ARs, which cover 10% of the hemisphere's radius.

Zhu and Newell linked ARs to the Northern Hemisphere winter planetary wave number 4–5. The winter half-year has more ARs due to their significant relationship with extratropical cyclones.

According to Waliser et al., the northeastern Pacific had the most ARs. Long-term regional research reported 15 landfalling ARs per year in California and 8–10 persistent winter ARs (lasting at least 18 h) in Great Britain. Ralph et al. discovered that AR conditions lasted an average of 20 h, while the most persistent 10% lasted 40 h with seven times higher streamflows.

ARs cause danger and are the dominant water agent in many coastal zones. When a vapor-rich AR with lower-tropospheric moist neutrality and strong horizontal winds hits hilly terrain, it is driven upwards, producing intense precipitation and catastrophic flooding.

ARs also contribute significantly to water resources' precipitation. Rainfall from ARs provides 25–50% of California's water supply, according to Guan et al. Heavy rainfall is the most researched aspect of landfalling ARs, and the association between ARs and floods on the US West Coast, central U.S., Europe, and South America is well documented.

The most relevant criteria for storm-total precipitation are the AR's strength (water vapor concentration and low-level winds), width, wind orientation relative to the mountains, and overall AR and cold front movement. Ralph et al. calculated thresholds of these characteristics above which excessive precipitation is anticipated on the US West Coast.

Extreme precipitation is likely when IWV reaches 2 cm and IVT fluxes are larger than 15 cm (m s−1) for more than 32 h and when soil moisture surpasses 35% at representative sites.

Ability Of Models To Predict ARs

How well can NWP models represent and predict ARs? Ralph et al. showed NWP models can have large AR landfall forecasting errors. An AR model's ability to identify and predict key characteristics, such as position, water vapor transport, extent, or frequency of occurrence, can be analyzed.

Wick et al. evaluated five leading forecasting centers' ability to accurately predict and reproduce the water vapor signature of ARs, AR width, AR strength (IWV content along the AR axis), and AR position on reaching land. Models could predict the general existence of ARs 10 days in advance but not the timing and position of landfall, especially with extended lead durations.

ARs and ocean-atmosphere dynamics are poorly understood. In one case study (the high-impact AR landfall in the Pacific Northwest in March 2005), Ralph et al. discovered that tropical water vapor was entrained in the AR via a combination of planetary-scale phenomena:

Eastward-propagating Kelvin waves in the tropics.

In the extratropics, a wave packet (EWP) traveling from western Asia to the Pacific amplifies ridges and troughs in the eastern Pacific.Deep penetration into the tropics by the EWP, which together with the Kelvin waves, favored the uptake of tropical moisture by the AR.

Jiang and Deng identified a relationship between AR activity in the North Pacific and East Asian cold surges (EACS), advances of a polar air mass toward the east coast of Eurasia that boost extratropical cyclogenesis and intensify synoptic to sub-seasonal atmospheric disturbances. EACS affects the daily occurrence probability of ARs over the eastern North Pacific, increasing it by 50% near the US west coast relative to the climatological value.

During the negative phase of the Arctic Oscillation (AO) and Pacific/North American (PNA), more winter ARs occurred in California from 1998–2011.

Arctic Oscillation (AO) ARs increased 90% during negative and positive phases, and PNA ARs increased 50%. According to British studies (SCP), winter ARs have a detrimental association with the Scandinavian Pattern. Lavers and Villarini showed that the North Atlantic Oscillation (NAO) affects AR activity in different sections of Europe; in southern Europe, ARs are coincident with negative NAO phases, but in northern Europe, a more positive NAO-type pattern is related to AR occurrence.

The roles of the El Nio–Southern Oscillation (ENSO) and the Pacific Decadal Oscillation (PDO) are still unclear, but Bao et al. hypothesized that direct poleward transport of tropical moisture within an AR is most likely during the neutral ENSO phase and least likely during the El Nio phase, at least in the Pacific. According to Dettinger, ARs are most apparent during El Nio-like warm PD

Atmospheric Rivers In A Changing Climate

The Clausius–Clapeyron equation predicts rising temperatures will increase atmospheric water vapor. Two studies on California ARs and European ARs have been published. In the Californian study, seven climate models were utilized, and the results suggest that future flooding danger (related to ARs) will increase due to higher water vapor transit within ARs, more years with high AR frequency, and a longer AR season.

All the information for California suggests an AR flood risk. In the European study, five state-of-the-art global climate models (GCMs) in the fifth Climate Model Intercomparison Project (CMIP5) show a greater number and intensity (increased IVT) in North Atlantic ARs, likely resulting in an increase in flood frequency and amplitude. The high emissions scenario (RCP8.5) for 2074–2099 doubles the AR frequency.

What Caused The Atmospheric River?

Near the equator is where an atmospheric river first begins to form. At the equator, where the sun heats the globe most intensely, water evaporates and rises into the atmosphere.

When Was The First Atmospheric River?

Although atmospheric rivers (ARs) had been noticed earlier, the word wasn't initially used until 1998 by researchers Yong Zhu and Richard Newell from the Massachusetts Institute of Technology.

An analysis of data from seven decades published in August 2017 showed a rising trend in atmospheric rivers that hit land, which is consistent with a long-term warming of the North Pacific that increases the amount of water vapor that reaches North America.

Long, powerful sections of the atmosphere called atmospheric rivers transport a lot of water from the tropics at the equator of the Earth to the poles. The water is carried over the ocean in the form of water vapor, not a "river" as we understand it on land, hence they are invisible to the naked eye.

The fundamental benefit of the conceptual model of an atmospheric river is its capacity to connect large precipitation episodes with intensive atmospheric transport of moisture over the midlatitudes. Many scientific publications show strong correlations between atmospheric rivers and midlatitude flooding (e.g., western North America, South America, the Norwegian coast, and the British Isles).

The atmospheric river model's ease of use, simplicity, intuitiveness, and visual appeal make it possible to perform quick calculations on the locations, variations, and regional and global contributions of atmospheric rivers to the hydrological cycle. Last but not least, the model has the ability to link significant socio-economic losses to a climatic event that causes many of the biggest winter floods in the midlatitudes.