Behavioral And Psychological Symptoms Of Dementia - Symptoms And Management 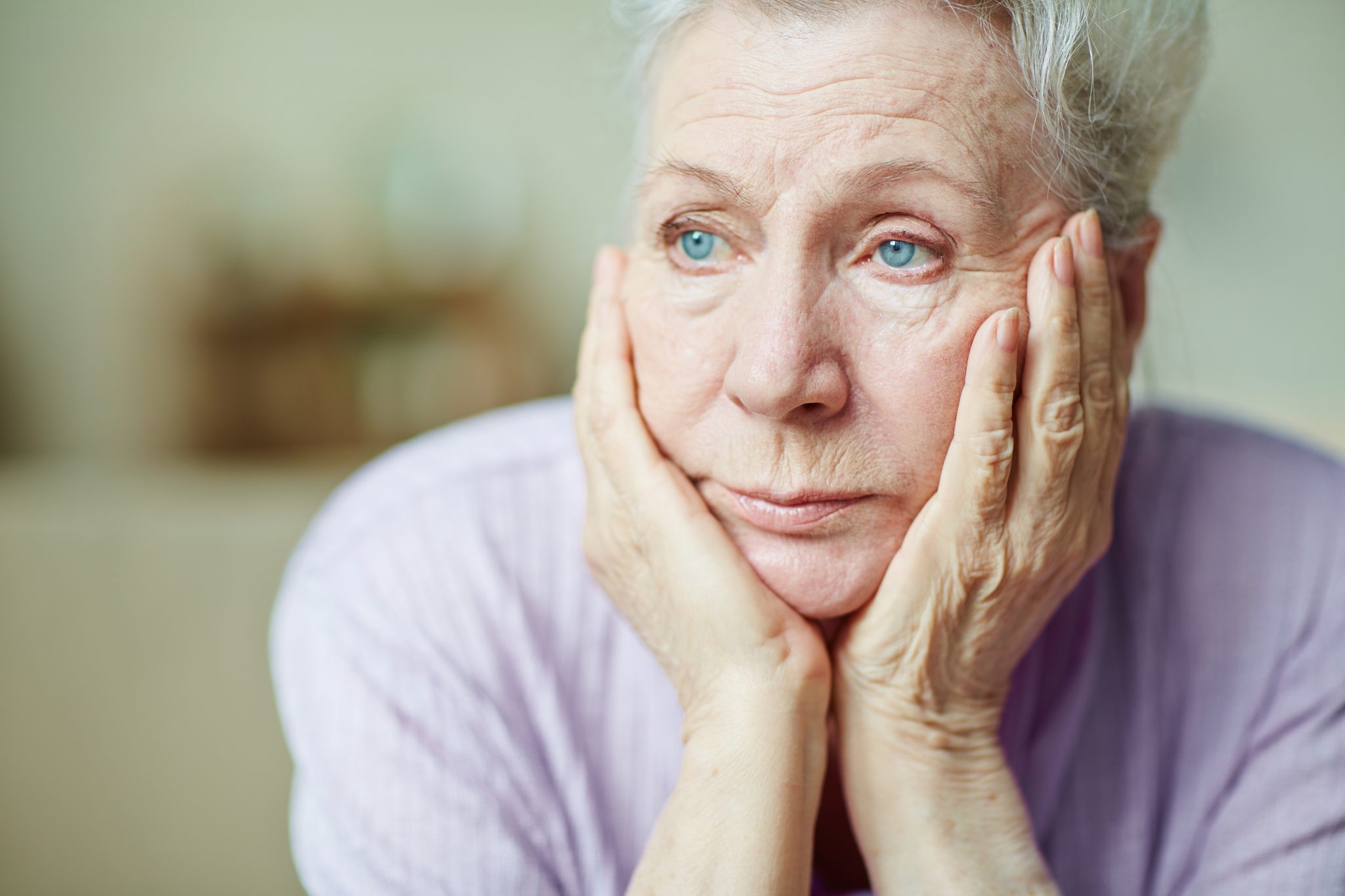 Behavioral and psychological symptoms of dementia (BPSD), often known as neuropsychiatric symptoms, are a diverse range of non-cognitive symptoms and behaviors that occur in dementia patients.

During the natural course of dementia, a diverse collection of clinical events, including disordered emotions, mood, perception, thinking, motor activity, and changed personality features, are subjectively experienced by the patient and/or observable by an examiner (e.g., caregiver, physician).

These "neuropsychiatric symptoms," or behavioral and psychological symptoms of dementia, as defined by the International Psychogeriatrics Association, are extremely common and are associated with high levels of distress in both dementia patients and caregivers, as well as adverse outcomes and increased use of healthcare resources.

BPSD is therefore a viable and significant therapeutic target for management, in addition to cognitive impairment.

BPSD In The Current Classification System

BPSD is virtually invariably present in dementia, yet it's not included in current categorization methods. DSM-IV-TR and ICD-10 define dementia as the progressive emergence of numerous cognitive impairments (including memory and at least one other cognitive domain) that do not occur solely during delirium and constitute a deterioration in functioning. DSM-IV-TR codes the presence or absence of clinically relevant behavioral disturbances but provides no diagnostic criteria. It is also feasible to categorize dementia (e.g., Alzheimer disease, AD) in axis III and certain mental diseases (e.g., mood or psychotic disorder) in axis I to better characterize dementia clinical aspects.

Neuropsychiatric symptoms in dementia are varied and unexpected, impacting emotion, thinking, perception, and motor function. Some symptoms are more common in certain pathology subtypes, although clinical presentation varies widely within each subtype and even within each dementia patient. First, detect and explain the psychopathology and discriminate between comparable symptoms to better comprehend dementia's mental manifestations (e.g., depression vs. apathy). This is difficult due to overlapping symptoms and a lack of definitions and diagnostic criteria. Second, it's helpful to analyze if symptoms occur together and combine them into syndromes with similar clinical progression, neurobiology, and therapy.

As dementia often masks depressive symptoms, the patient seldom expresses sorrow, discontent, concern with dismal issues, hopelessness (related with suicide thoughts), and loss of self-esteem. Anhedonia (loss of interest in previously enjoyable stimuli), somatic concerns, and anxiety (a subjective unpleasant sense of dread shown as apprehension, tension, panic, or worry) are major symptoms. Apathy is a motivational condition with reduced goal-directed actions, cognitive processes, and emotions in dementia. Apathy and depression both produce loss of interest, sluggishness, and fatigue. Apathy is a loss of drive without distress. Elated mood, from hypomania to severe mania, is a continuous, excessive sensation of well-being, cheerfulness, or euphoria that is out of proportion to the circumstances. It is generally coupled with a heightened emotional tone or emotional responsiveness. Both sadness and elation are related with irritability, a persistent sensation of disquiet in reaction to a danger that may be increased by hunger, drowsiness, and pain. Rapid emotional swings within seconds or minutes indicate affective lability.

Delusional ideas vary in intricacy, systematization, conviction, and the amount to which sufferers act on them. Delusions are less complicated and ordered than in non-demented psychotic individuals, and they feature suspiciousness, abandonment, and misidentification. Common examples include the conviction that: people are coming into the home and hiding/stealing objects; the place one is residing is not one's home; conviction that spouse is an impostor (Capgras delusion); accusation of a conspiracy to abandon or institutionalize; conviction that spouse is unfaithful; believes that others have acted maliciously; or with discriminatory intent. Depression-related delusions might entail guilt, worthlessness, reference, and persecution.

Dementia may affect all senses. In certain cases, it's hard to tell whether a patient's perceptual disturbance is an illusion or a perception in the absence of sensory inputs. Lewy body dementia patients often have visual hallucinations. Recurrent pictures of animals or people that the patient recounts in detail.

Agitation is "inappropriate verbal, vocal, or physical behavior that does not stem directly from the agitated individual's demands or perplexity" This phrase is used interchangeably with aberrant motor behavior and includes wandering away from home, repeated, purposeless acts, and socially unsuitable activities, including disinhibition (tendency to disregard social and cultural norms and not restrain inner feelings, such as sexual drives). Cohen-Mansfield identified four types of agitation: physically non-aggressive, vocally non-aggressive, physically aggressive, and verbally aggressive.

Normal aging may cause sleep pattern abnormalities, but dementia is especially common. These include hypersomnia, insomnia, sleep-wake cycle reversal, fragmented sleep, and rapid eye movement sleep behavior disorder. Daytime naps and nighttime awakenings are common among dementia patients. Pain, the desire to pee at night, drugs (diuretics), and stimulants like coffee and bronchodilators may contribute.

Anorexia or hyperphagia are examples of quantitative or qualitative alterations in appetite (preference for particular foods associated or not to changes in taste). In fronto-temporal dementia, the predilection for sweets is very prevalent. The majority of dementia patients lose weight, which may be attributed to hormonal imbalances, hypermetabolism, and inflammatory processes.

The Pathophysiology And Neurobiology Of BPSD

Dementia-related behavioral or psychological disorders are unsuccessful efforts to deal with environmental or physiological stress. BPSD are also frequent in non-demented older persons, with rates of 5.6% for anxiety, 4.5% for irritability, and 2.8% for agitation/aggression, while 10.5% of Swedish 85-year-olds had psychotic symptoms. Premorbid psychosocial functioning is affected by constitutional variables (e.g., personality traits, cognitive styles, and emotional reactivity), prior experiences, and degree of schooling. As neuropathological alterations of dementia affect the individual's psychological capacity to adapt to daily demands, abnormalities in internal conditions and/or observable behaviors are likely to occur beyond normal variability. Defining the neuroanatomical and neurochemical correlates of BPSD is an ongoing field of study in hopes of developing more effective therapies.

BPSD management requires a careful mix of pharmaceutical and non-pharmacological therapies. Clinicians have a difficulty in treating these symptoms, since there is a potential of psychotropic drug overuse. Current standards urge non-pharmacological treatments first, followed by the least damaging medicine for the shortest duration.

Antipsychotics, antidepressants, anticonvulsant mood stabilizers, ChEI, benzodiazepines, and memantine are used to treat BPSD. These medications' efficacy in treating BPSD varies by symptom and class. The pharmacological therapy of BPSD should address comorbidities and accompanying drugs, which enhance medical problems and drug interactions. Current recommendations propose weighing the advantages and risks of each drug class and using the least damaging medicine for the shortest period feasible.

Since atypical antipsychotics were introduced, antipsychotic usage has risen. They treat violence, psychosis, and agitation. Other BPSD symptoms aren't well-supported. Antipsychotic medicines are extensively used off-label despite adverse effects such as extrapyramidal symptoms, drowsiness, tardive dyskinesia, gait difficulties, falls, anticholinergic side effects, cerebrovascular events, and increased mortality. Risperidone, olanzapine, and haloperidol help manage BPSD. Research on dementia patients found haloperidol increased mortality 1.5-fold compared to risperidone, olanzapine, or quetiapine. Haloperidol's mortality risk was greatest in the first month and reduced with time. Due to an elevated risk of stroke and death, antipsychotic usage for severe symptoms such as agitation, violence, and psychosis should be time-limited.

Antidepressants may be an effective and well-tolerated alternative to antipsychotics for older BPSD patients. This family of medications is largely used for depression, particularly selective serotonin reuptake inhibitors (SSRIs). Citalopram with sertraline improved dementia patients' agitation and psychosis with equal effectiveness, but greater tolerance and safety than haloperidol and risperidone. Citalopram treated FTD-related disinhibition, irritability, and sadness. The data doesn't support using these drugs for BPSD other than depression.

Current guidelines support ChEI for BPSD, however each medicine has distinct recommendations. Donepezil, galantamine, or rivastigmine have a minor impact on AD symptoms. ChEIs minimize behavioral alterations and ameliorate or postpone cognitive and functional deterioration. Apathy, sadness, and abnormal motor behavior may improve with ChEIs.

Memantine, an NMDA receptor antagonist, may improve behavior, cognition, and function, but data is inadequate to support its usage. Memantine tends to help particular behaviors, such as anxiousness and impatience (mood symptoms, apathy, and aberrant motor behavior). Multi-BPSD patients may benefit from combination treatment. The newest data on combined memantine and ChEIs (donepezil) therapy showed no notable benefits on cognitive and behavioral changes in participants with moderate-to-severe AD, with only marginal improvement on the NPI scores.

Clinical practice commonly uses anticonvulsant mood stabilizers such carbamazepine, valproic acid, gabapentin, lamotrigine, and topiramate. Some dementia sufferers benefit from anticonvulsant mood stabilizers. Anticonvulsants may enable dosage reduction of antipsychotics, although research on their advantages, safety, and tolerance has shown inconsistent findings. Sodium valproate is inefficient in treating AD agitation and has been linked to falls, infections, and GI issues.

In cases of acute agitation or agitation caused by anxiety, benzodiazepines may be utilized as a short-term treatment option.

Which Behavioral And Psychological Symptoms Of Dementia Are The Most Problematic?

Since these are often the most troubling and distressing signs of BPSD, the main focus of therapeutic research has been on agitation, aggressiveness, and psychotic symptoms.

What Are The Three Behavioral Problems Associated With Dementia?

Dementia-related behavioral abnormalities, such as verbal and physical violence, roaming, and hoarding, are sometimes referred to as "agitation" internationally. These signs and symptoms cause anxiety in the patient and the caregiver and force placement in a nursing home.

What Are The Psychological Effects Of Dementia?

Emotional reactions often vary for people with dementia. They can have less control over how they feel and express themselves. For instance, someone may overreact to situations, have abrupt mood swings, or feel agitated. They could also come out as abnormally cold or indifferent.

Is Dementia Psychological Or Physiological?

Although dementia is caused by physical changes in the brain, its psychological impacts predominate because these changes gradually affect mental (or "cognitive") processes including memory, language, attention, concentration, visual perception, planning, and problem-solving.

Neuropsychiatric symptoms are common in dementia and greatly contribute to caregiver stress and medical expenses. The accurate diagnosis and assessment of these symptoms is a critical component of the clinical approach to dementia. Despite preliminary attempts to organize diverse symptoms into clusters (to ease clinical/diagnostic investigations), no standardized model exists. The pathophysiology of these symptoms is unknown, and current research indicates multiple reasons. The development and use of novel research methods may aid in understanding the underlying etiological processes of diverse neuropsychiatric disorders.

At the moment, the optimum therapy for behavioral and psychological symptoms of dementia is a mix of non-pharmacological and suitable pharmaceutical techniques. There is, however, no consistent data for particular strategies for individual symptoms. It is critical to promote the use of emerging non-pharmacological methods that are safer than pharmacological therapy. More research is also required to identify more effective, safe, and well-tolerated pharmaceutical therapy. This will aid in the development of innovative, more symptom-focused, and precise therapies that will considerably enhance the management of BPSD symptoms in dementia patients.