Beta Hydroxybutyrate – What Is It? What Role Does It Play For Stressed Hearts? 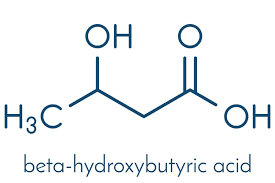 A significant change in energy metabolism is one of the markers of a failing human heart.

Beta-hydroxybutyrate, a ketone body, has been linked to the failing heart's energy metabolism.

Beta-hydroxybutyrate increases in the failing heart, acting as a "fuel switch" that has been shown to become an adaptive response to stress with the course of heart failure in diabetic and non-diabetic individuals.

In addition to acting as an alternate "fuel," beta-hydroxybutyrate is a signaling molecule that inhibits endogenous histone deacetylase (HDAC).

It may boost histone or lysine acetylation of other signaling molecules. Beta-hydroxybutyrate has been found to reduce reactive oxygen species generation and activate autophagy.

Furthermore, not all methods of raising beta-hydroxybutyrate levels in the heart are equally helpful in treating heart failure.

The optimal timing and treatment options for delivering beta-hydroxybutyrate to treat cardiac disease are uncertain and have yet to be discovered.

Beta Hydroxybutyrate As Cardioprotective In Animals

The inability of the heart to metabolize ketone bodies owing to SCOT loss resulted in increased left ventricular volume and lower ejection percent in a cardiomyocyte-specific SCOT knock-out animal model.

This was followed by an increase in reactive oxygen species (ROS) in the myocardium, mitochondrial damage, and disruption of myofilament ultrastructure. Ketone bodies are primarily formed in the liver due to fatty acid oxidation.

Beta-hydroxybutyrate may be oxidized in extrahepatic organs such as the heart after being delivered via the circulatory system. Fasting may lower the extent of myocardial infarctions and the development of premature ventricular complexes and reperfusion-induced ventricular arrhythmias.

More research is required to enhance the distribution of ketone bodies as a possible treatment for various cardiac disorders.

Beta Hydroxybutyrate As Cardioprotective In Humans

Intensive fasting-like diets for five days are safe and beneficial in lowering indicators and risk factors for aging and age-related illnesses, including cardiovascular disease.

Furthermore, the beta-hydroxybutyrate level rose dramatically, offering evidence of the possible significance of this hormone in the prevention of cardiovascular disease.

The potential of stressed hearts to switch to ketone bodies as an energy source is independent of the patient's diabetes state. It is unclear if the increased cardiac ketone body usage is the cause or outcome of cardiac dysfunction.

Thus, whether exogenous ketosis induction is advantageous in all cardiovascular conditions warrants additional investigation. It is also challenging to distribute ketone bodies safely and accurately to correct aberrant metabolism.

More research is required to establish the link between beta-hydroxybutyrate and human cardiac disease and the appropriate time and dosage of ketone body preparations.

Autophagy is a lysosomal degradation system that is necessary to remove proteins and damaged organelles. Mitophagy is a kind of autophagy that is primarily responsible for the removal of damaged mitochondria by lysosomes.

Mitochondrial damage is a cause of oxidative stress, which may impair mitochondrial function. As a critical component of both normal and pathological metabolism, beta-hydroxybutyrate has a significant impact on a variety of mitochondrial processes.

The Nlrp3 inflammasome is a critical innate immune sensor that regulates caspase-1 activity and the production of proinflammatory cytokines.

Suppression of this sensor may slow the course of atherosclerosis, diabetes, Alzheimer's disease, and other aging-related functional losses.

There is a decreased amount of circulating beta-hydroxybutyrate in high salt-fed hypertensive rats, but dietary supplementation of the precursor, 1,3-butanediol, recovers kidney function, resulting in virtually normal blood pressure.

Beta-hydroxybutyrate is an endogenous ligand for a member of the G protein-coupled receptor family that may have anti-atherosclerosis and anti-inflammatory properties.

Its particular binding may activate the HM74a/PUMA-G adipocyte-expressed G protein-coupled receptors, reducing lipolysis and regulating fatty acid supply and metabolism. This shows that hydroxycarboxylic acid receptor 2 activations might be a viable therapeutic target for illnesses like atherosclerosis.

The medication has been shown to reduce sympathetic outflow and heart rate by antagonizing G protein receptors41, preserving metabolic homeostasis. However, it is yet unknown whether it can protect hearts from I/R harm through G protein receptors.

Other Non-oxidative Functions Of Beta Hydroxybutyrate

They may enhance cardiac cell excitation-contraction coupling under hypoxia at concentrations as low as 0.5 mM.

Lysine β-hydroxybutyrylation (Kbhb) is a post-translational modification of histone triggered by increasing ketone body levels and may promote gene transcription and cell proliferation.

Lysine β-hydroxybutyrylation (Kbhb) has been linked to the overexpression of genes in the starvation-responsive metabolic pathways. It can potentially become a novel target for cancer therapy by modulating p53 activity.

They target renal glucose reabsorption in an insulin-independent way, which may generate glycosuria of 60–90 g/day. SGLT1 has the greatest affinity for glucose in the gastrointestinal tract and is also implicated in renal and cardiac glucose management.

Empagliflozin may minimize the risk of cardiovascular events with a larger risk of amputation at the level of the toe or metatarsal. SGLT2i may produce better volume status, glucose-lowering, etc., in heart failure patients.

The particular processes of producing the cardiac benefits are not well characterized. Mildly raised ketone levels may boost fuel efficiency and minimize ROS generation, improving cardiac function and the prognosis of heart failure.

SGLT2i can decrease Nlrp3 inflammasome activation in isolated macrophages, which has also been demonstrated in diabetic patients with cardiovascular illnesses.

KEs are the most promising treatments, with lower effective dosages and fewer adverse effects. KEs are often composed of multiple ketones or ketogenic precursors, and their breakdown products may be taken straight into the bloodstream as ketone bodies or their precursors.

More research is being conducted to determine the impact of KEs on pre-diabetic individuals.

Is Beta-Hydroxybutyrate A Ketone?

In mammals, beta-hydroxybutyrate is the most prevalent ketone body. Ketone bodies are tiny molecules circulating through circulation during fasting, prolonged activity, and carbohydrate restriction. They are predominantly generated in the liver from lipids.

Does Beta-Hydroxybutyrate Put You In Ketosis?

Acetoacetate and beta-hydroxybutyrate are the two primary ketone molecules generated during ketosis. Acetone is a less prevalent third ketone body. These ketone bodies supply energy to your brain, heart, and muscles by replacing glucose as fuel.

What Is A Natural Source Of Beta-Hydroxybutyrate?

What Does A High Level Of Beta-Hydroxybutyrate Mean?

Beta-hydroxybutyrate is a ketone body that is often seen in people with diabetic ketoacidosis. Testing for this ketone is crucial for those with type 1 and 2 diabetes.

Despite cardiovascular disease prevention, diagnosis, and treatment breakthroughs, they continue to be the primary cause of hospitalization and death.

Myocardial metabolism and enhanced use of beta-hydroxybutyrate under cardiac stressors such as heart failure and I/R damage have received particular attention.

There is some indication that long-term or high blood levels of beta-hydroxybutyrate are harmful to the heart.