Brachymetatarsia Surgery – Pros And Cons Of It 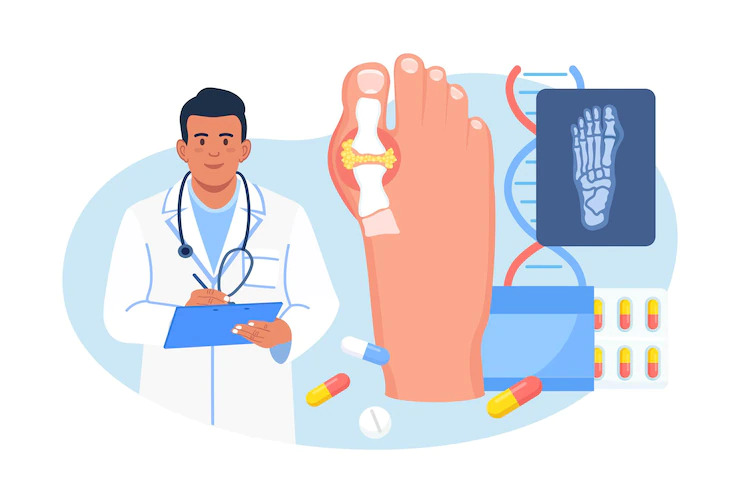 Brachymetatarsia is a disorder in which a bone in the foot grows abnormally, resulting in a small toe.

The most frequent is a short fourth toe.

However, it may affect any toe.

The toe usually is of average length, but the bone to which the toe connects in the arch (metatarsal bone) is short.

Brachymetatarsia surgery aims to restore the proper length of the metatarsal bone using an osteotomy (bone cutting) and either progressive or abrupt lengthening.

Surgical management is an essential component of patient care.

There are two practical options: gradual lengthening by progressive callotosis distraction with an external fixator or one-stage lengthening via bone transplant and osteotomy of the bone.

Brachymetatarsia is a foot ailment that affects the metatarsal bones.

The fourth metatarsal is the most often affected.

Looking at the foot, the injured toe seems to be short.

This disorder may affect both or just one foot and is more frequent in women than males.

Brachymetatarsia symptoms include discomfort while walking on the sole of the feet owing to incorrect weight distribution on the front of the foot.

Furthermore, the short toe often rides high and scrapes on the top of the shoe.

Patients may also complain of callus formation on the bottom of their feet.

Certain people may be embarrassed by the ailment because of its appearance.

Many persons with brachymetatarsia avoid swimming pools and beaches, as well as wearing flip-flops and open sandals.

The most prevalent reason is hereditary, although trauma may also play a role.

A short toe is a growth deformity, not a congenital condition.

It affects women more than men.

People with Psuedophypoparthyroidism or Down syndrome may develop brachymetatarsia.

The foot has five metatarsals, with the fourth metatarsal being the most usually implicated.

Multiple metatarsals may be impacted in certain patients.

Some patients with brachymetatarsia of the foot may also have it in their hands.

The metatarsal bone development is usually inhibited in brachymetatarsia, although the surrounding bone grows appropriately. It is most often seen in early infancy during bone formation.

Toe lengthening is based on restoring length to the short bone. Many approaches have been described, but three are now in use.

Shirt toe lengthening surgery, like any other surgery, carries hazards.

Complications may arise with any operation and are not always your or your surgeon's fault.

Nonetheless, you should be aware of the dangers.

The amount of shortening that must be treated and the kind of surgery influence recovery following brachymetatarsia surgery.

Significant faults requiring an external fixator may take up to three months to cast.

Is Brachymetatarsia A Birth Defect?

Brachymetatarsia is a condition in which one or more toe bones are unusually short or overlapping (metatarsals).

This condition may result from a congenital deficiency or an acquired ailment.

The fourth metatarsal is the most often involved.

When Can I Walk After Brachymetatarsia Surgery?

Can You Fix Brachymetatarsia Without Surgery?

Wearing customized shoes that give greater space for the shortened toe that tends to slip upwards is a conservative therapy for brachymetatarsia.

Padding is employed to shield the toe from the top of the shoe, and customized orthotics may be used to reduce pressure on the other toes.

How Long Does It Take To Recover From Brachymetatarsia Surgery?

Significant faults requiring an external fixator may take up to three months to cast.

Brachymetatarsia may be treated conservatively or surgically.

Wearing accommodating shoes is a conservative solution but does not address the aesthetic problem.

There are two surgical therapies described: progressive lengthening by callotosis and one stage lengthening.

There is no agreement on surgical management since each therapy has merits and downsides.