Brachymetatarsia – Most Common Forefoot Deformity And How To Correct It? 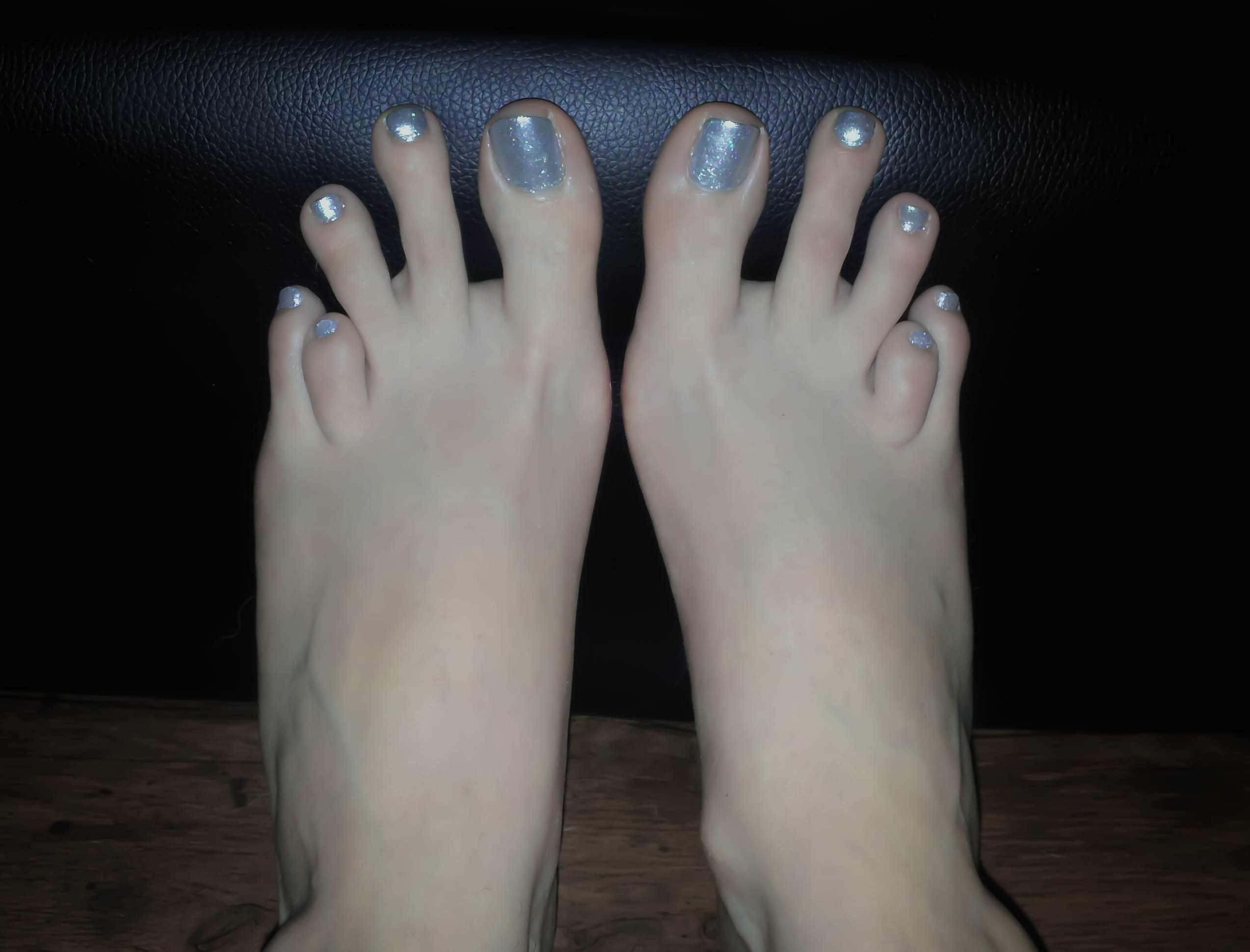 Brachymetatarsia occurs when one of the bones at the front of the foot is considerably shorter than the others.

This usually affects both feet, and although it may affect any of the five metatarsals, the fourth metatarsal is the most often affected.

It is referred to as brachymetapody if it affects more than one metatarsal and toe of the foot.

Looking at the foot, it may seem that the affected toe, usually the fourth toe, is shorter than the other.

It may even look like the fourth toe is elevated up, with the surrounding toes sometimes touching below.

Brachymetatarsia is a disorder in which one of the foot's five metatarsal bones is unusually short, resulting in a shortened toe.

This frequently happens bilaterally (on both feet) and mainly affects the fourth toe.

Brachymetapody is a condition that affects more than one toe of the foot.

Brachymetatarsia may be accompanied by skeletal and systemic conditions, such as sickle cell disease, multiple epiphyseal dysplasias, multiple hereditary exostoses, rheumatoid arthritis in children, and polydactyly or syndactyly may also coexist with brachymetatarsia.

Patients often have trouble walking. Weight is transmitted from the fifth toe to the fourth, to the third, and so on to the first toe during normal walking.

This occurs because the toes get progressively longer from fifth to first.

If one of the toes is shorter than before (for example, the fourth toe), the weight-sharing mechanism will be disrupted.

Consequently, the toes on each side of the shortened toe (for example, the third and fifth toes) must carry more weight, causing discomfort and gait issues.

Brachymetatarsia may be caused by heredity or trauma.

Changes in your parathyroid hormone levels, Down syndrome, Turner syndrome, and Albright syndrome are all genetic diseases that may cause brachymetatarsia.

Brachymetatarsia may also occur if your toe was injured before it completed developing.

Trauma might cause your toe's growth plates to shut before they are ready, limiting its development.

This problem may also arise when the damaged metatarsal bone fails to form completely or when its growth plate shuts prematurely.

The other metatarsals continue to develop around it, making the toe seem short.

Brachymetatarsia is much more common in women than in males, with a 25:1 ratio.

It is usually detected in early infancy during bone growth, and an x-ray may quickly confirm the diagnosis.

Brachymetatarsia usually is not observed at birth, but it becomes clinically noticeable in children aged 4 to 15.

The indications and symptoms differ depending on the degree of deformity, age, and gender of the patient.

The main worry in younger patients, particularly females, is usually aesthetic or psychological.

These patients may feel self-conscious about their foot's look and short-appearing toe, and they usually do not want to wear open-toed shoes or walk barefoot.

The elderly patient may be in greater pain. The shorter metatarsal overloads the neighboring, lengthier metatarsals.

Obese people who stand or walk for long periods are more likely to have these symptoms.

A floating toe on the shortened metatarsal may develop in addition to plantar calluses beneath neighboring metatarsals.

Because the short metatarsal bears no weight, the flexor plate fails to load, the digit does not purchase the ground, and the toe becomes unstable and floating.

The unstable digit continues to shrink and compress over the shorter metatarsal and may begin to overlap on a neighboring toe.

Over time, this overlapping may result in soft tissue changes, including contracture of the extensor tendons, flexor tendons, and skin.

Because the inability of the extrinsic tendons to strain on the short ray causes higher loading on other toes, digital deformity of the surrounding toes may occur.

The ensuing digital abnormalities may be painful and uncomfortable, particularly while wearing shoes.

Because brachymetatarsia is characterized clinically by a short, constricted, floating toe dorsally, the toe is seldom visible plantarly.

A deep sulcus is often detected under the implicated, shortened metatarsal, and neighboring toes tend to move into the space left by the floating toe.

A short, undeveloped metatarsal was seen on radiographs.

Bone content is generally lacking, with the most common osteoporosis of the metatarsal head.

The toe is usually straight but extended, floating above the weight-bearing surface.

In addition to the metatarsal, the phalanges in the corresponding toe are frequently short, notably the proximal phalanx.

An osteotomy (bone cutting) and either gradual or abrupt lengthening are used in surgical intervention to restore the metatarsal bone to normal length.

The surgeon will examine the patient's X-rays to estimate the amount of lengthening required.

Patients requiring 15 mm (0.59 in) or less correction may be candidates for acute correction.

Those who need more than 15 mm (0.59 in) of correction might benefit from progressive correction.

Gradual lengthening is accomplished with the surgical application of a small external fixator to the short toe.

The patient may walk and bear weight immediately after surgery.

The length of time the external fixator must remain on foot is dictated by the pace of lengthening, the length to be acquired, and the presence of evidence of bone healing on follow-up X-rays.

Typically, after applying a frame, the patient must wait for a latency period, which is the time following surgery that allows for early healing and preparation for lengthening.

The 7-10 day latency period combined with the thirty days of lengthening would result in a total lengthening duration of roughly 37 days; however, the bone need extra time to grow.

The regenerate is the first bone that grows between the extended segments, and that regenerate product must mature into healed bone.

This consolidation procedure might take another ninety days or more. As a result, the frame is typically in place for four months.

External fixator removal is often performed as an outpatient operation in an operating room.

There are a few exceptions when the frame is removed at the office.

After removing the external fixator, the patient may immediately walk in protective shoes and shower within a few days.

Acute lengthening is a one-stage technique that allows the surgeon to extend the bone in a single surgery by creating a gap between the bone ends that is filled with a bone graft collected from the patient's pelvis or a donor graft, commonly known as an allograft.

A low-profile fracture plate is implanted to maintain the bone transplant.

For 6-8 weeks after surgery, the patient wears an orthopedic boot and may bear weight on the foot's heel.

After the first 6-8 weeks, the patient can wear their footwear.

The bone is entirely consolidated and healed around 3 months following surgery, and the patient may fully bear weight on foot.

The plate is not required to be removed, although it may be surgically removed twelve months after the first operation.

How To Fix Brachymetatarsia Without Surgery

Wearing customized shoes that give greater space for the shortened toe that tends to slip upwards is a conservative therapy for brachymetatarsia.

Padding is employed to shield the toe from the top of the shoe, and customized orthotics may be used to reduce pressure on the other toes.

How Rare Is Brachymetatarsia?

Congenital brachymetatarsia is an uncommon skeletal abnormality with a frequency of 0.02 percent to 0.05 percent.

It is caused by the early closure of the growth plate and mainly affects the fourth metatarsal, followed by the first metatarsal.

In rare situations when more than one metatarsal of the same foot is affected, the first and fourth metatarsals are the most often involved.

While most documented instances are idiopathic, congenital brachymetatarsia may also be associated with various genetic disorders or syndromes.

In general, the defect develops from the embryonic phase and persists as the kid grows, slowing the whole morphogenetic process of the metatarsal.

When the physes are still open, the abnormality might be recognized throughout infancy.

However, it generally becomes apparent before the complete closure of the metatarsal growth plate, which occurs at the age of 14.

While there is no well-established criterion for determining brachymetatarsia, as youngsters walk, their toes may seem to point inside or outward.

This common gait irregularity in youngsters is worth monitoring if it becomes uncomfortable or is linked to a more severe problem.

Although brachymetatarsia is mainly inherited, it may also be a congenital, developmental, surgical, or traumatic malformation.

Brachymetatarsia is most typically seen in the fourth metatarsal. However, it may affect any or all of the metatarsals.

Why Is Brachymetatarsia Caused?

However, in many instances, issues go beyond the aesthetic, and brachymetatarsia may cause foot difficulties.

Brachymetatarsia puts your toe in danger of not hitting the ground as it should.

When your metatarsal moves to the side, it may cross over any of the toes adjacent to it.

Is Brachymetatarsia A Birth Defect?

Brachymetatarsia is defined as an abnormal shortening of one or more toes.

The condition might be congenital or develop due to trauma or surgery.

Congenital brachymetatarsia is an uncommon skeletal abnormality with a frequency of 0.02 percent to 0.05 percent.

Brachymetatarsia is an uncommon congenital disorder characterized by early epiphyseal closure of the metatarsals and shortening of one or more metatarsals.

Clinically, hypoplasia and shortening of the 4th metatarsal are used to make the diagnosis.

In moderate situations, treatment consists of observation and shoe changes.

Patients with continuous discomfort while wearing shoes may benefit from surgical metatarsal lengthening.