How Cannabis Fared During The War On Drugs Era 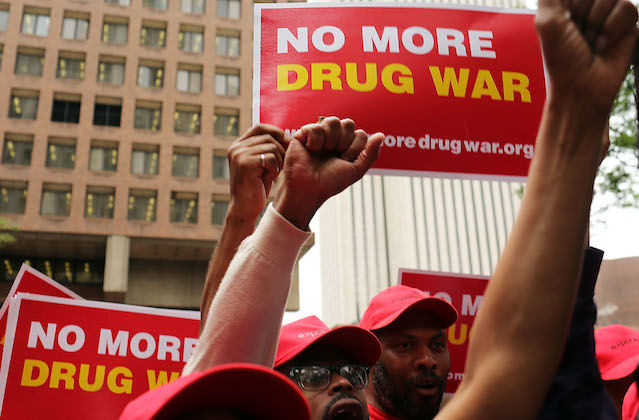 The media popularized the term "War on Drugs" during Richard Nixon's presidency, when he labeled drug abuse "public enemy number one" in 1971. Nixon signed the Controlled Substances Act (CSA) into law on October 27, 1970. The federal government was given responsibility for "supervising the manufacture, importation, possession, use, and distribution of certain narcotics, stimulants, depressants, hallucinogens, anabolic steroids, and other compounds."

Even today, personnel with expertise in medical and science at the Food and Drug Administration (FDA) use criteria set in 1970 to determine the safety of pharmaceutical drugs and how easy it is for healthcare practitioners to administer or suggest them. The CSA can be changed throughout time, and it has, but the processes and rules have remained the same. It divides drugs into five groups based on their safety, utility, and potential for abuse. For example, over-the-counter medications vs. prescriptions that must be filled by a pharmacist. With this article, let's see how cannabis fared during war on drugs.

The abuse rate is a determining element in the scheduling of pharmaceuticals, according to the United States Drug Enforcement Administration's website. "Drugs classified as Schedule I have a high risk of abuse and can lead to serious psychological and/or physical dependence. The potential for abuse increases as the drug schedule changes—Schedule II, Schedule III, and so on—Schedule V medications have the lowest potential for abuse."

Unlike alcohol prohibition, which only restricted manufacturing and distribution, not possession, marijuana laws have always prohibited the drug's production, sale, possession, and usage. The Narcotic Enforcement Administration (DEA) has designated cannabis as a Schedule I drug under the Controlled Substances Act of 1970, which means:

As a Schedule I substance, cannabis, like other drugs like LSD, ecstasy, and peyote, is thought to have no medicinal use and a high potential for abuse. As of this writing, the distinction between hemp and cannabis remains largely unknown, resulting in a maze of legal and institutional barriers that inhibit study, prevent the medicinal use of cannabis medications, and keep both drug and fiber varieties of cannabis outlawed under federal law.

A Report On Drug Abuse To The President

The "White Paper on Drug Abuse: A Report to the President" was issued in 1975 by the National Commission on Marihuana and Drug Abuse (commonly known as the Shafer Commission). Cannabis was deemed a "low-priority substance" by the report, as it was not addicted and did not lead to the use of more dangerous opioids. It was suggested that drug enforcement personnel treat cannabis as a low priority. The information was overlooked by President Nixon at the time.

With the successful Just Say No campaign, which began in 1982, First Lady Nancy Reagan became the face of anti-drug fervor. The Antidrug Abuse Act of 1986 reintroduced minimum drug terms and included the controversial three-strikes policy, which resulted in life without parole after three felony drug convictions.

The number of those incarcerated has risen dramatically. Minorities, particularly black minorities, are still disproportionately imprisoned for drug offenses, despite the fact that cannabis use is nearly equal among black and white persons (14% and 12%, respectively). According to the American Civil Liberties Union, black persons are 3.7 times more likely to be arrested for possession (ACLU).

Despite the fact that the current White House is uninterested in cannabis and regards it as a minor concern, nothing could be further from the truth. Cannabis prohibition and its long-term consequences have exacerbated issues such as race relations, mass incarceration, policing policies, and economic opportunity. A president who takes each of those issues seriously must also take cannabis seriously.