Cannabis In The Post-Prohibition Era 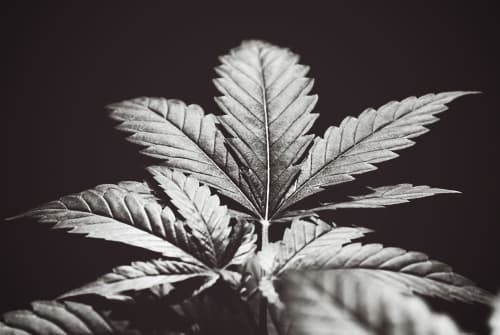 Despite the fact that cannabis has a long history as a medicine in many countries around the world, including the United States, the political climate in the early twentieth century was not friendly to cannabis or hemp, creating the ideal conditions for cannabis in the post-prohibition era, with the mingling of unstable medicine, racism, greed, and power.

Cannabis production and consumption were on the wane in the Western world by the end of the nineteenth century. Steamships replaced hemp sails, while doctors preferred the consistency of chemically manufactured medications such as aspirin. When the Pure Food and Drug Act was passed in 1906, stricter labeling requirements meant that many tinctures now listed cannabis alongside opium and cocaine. Cannabis became associated with narcotics as widespread opium addiction became a concern.

Mexicans fleeing the battle brought rolled cannabis leaves and blossoms, which they termed marijuana, with them when the Mexican Revolution began in 1910. Cannabis was soon being imported by firms in Texas and New Mexico, and it was being sold in grocery stores. It was largely used by workers to unwind and relax, helping them to avoid the hangover that comes with drinking alcohol. Its popularity grew, as did its recreational use.

Let's fast forward to the 1930s, when alcohol prohibition was lifted. The Federal Bureau of Narcotics (FBN) is established, with Harry J. Anslinger as director. Anslinger has a long history of blocking international drug and alcohol smuggling. With a full department and time on his hands as a result of the repeal of Prohibition, Anslinger needed a goal to keep the FBN employees busy and keep a line item in the government's annual budget. Anslinger made it his mission to eradicate the United States of all drugs, including marijuana.

According to History.com, Prohibition began with the approval of the 18th Amendment to the US Constitution, which prohibited the manufacturing, transportation, and sale of intoxicating liquors. During the first decade of the twentieth century, the temperance movement was prevalent, with temperance groups popping up all across the country. Because alcohol was perceived as a damaging factor in families and marriages, and saloon culture was viewed as corrupt and immoral, women played a significant role in the temperance campaign. In a period of growing industrial production and prolonged working hours, many factory owners backed Prohibition as a way to reduce on-the-job accidents and promote worker productivity.

Cannabis has been illegal since Congress approved the Marihuana Tax Act of 1937, which made it illegal to sell, cultivate, or use the drug. However, the industry's fortunes are now changing. Marijuana for medical purposes is now legal in various states. It's also legal in 11 states for recreational usage, with more on the way. Despite the fact that cannabis is still illegal on the federal level, the majority of Americans support repealing the law.