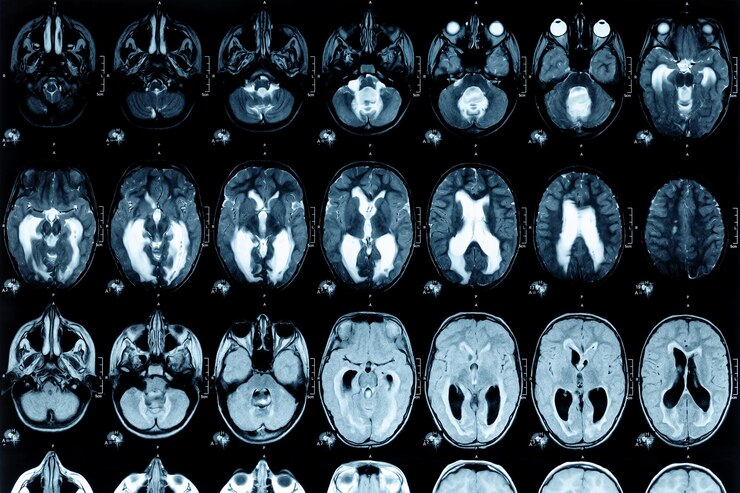 The cavum septum pellucidum often coexists with and is sometimes mistaken with the cavum vergae, which is located posterior to the fornix's anterior columns.

These gaps erase posteroanteriorly throughout development - the cavum vergae first, followed by the cavum septum pellucidum - and it is not rare for both to arise simultaneously.

Although the word "cavum septum pellucidum" is often used, it is grammatically wrong.

Because it signifies a gap of the septum pellucidum (cavum meaning cave), the second half (septum pellucidum) may be in the genitive noun case, which would be inflected as cavum septi pellucidi.

Both "septum" and "pellucidum" are adjectives of cavum in its recognized misspelling of "cavum septum pellucidum."

The phrase, however, refers to a gap (cavum) between the "septum pellucidum."

Historically, it was also known as the fifth ventricle, but this is no longer recommended since the cavum has no direct interface with the ventricular system.

What Is Cavum Septum Pellucidum?

The septum pellucidum is a structure bordered by the corpus callosum and the fornix body.

It is made up of white matter leaves that run down the medial walls of the lateral ventricles and is bordered with ependyma on the ventricular surfaces.

It is thought to include hypothalamus and hippocampal fibers that diverge from the forniceal columns and is part of the limbic system.

When the two leaves fail to merge and create the septum pellucidum, many postnatal anatomic variations such as the CSP, cavum vergae, and cavum veli interpositi may occur.

Usually, the CSP and the cavum vergae interact easily with one another. A cavum vergae is generally observed in conjunction with a CSP.

However, it may also be seen on its own. In general, postnatal CSP persistence is regarded as a common form.

Although some studies in the literature relate CSP and cavum vergae to developmental delay and psychiatric illnesses, the clinicopathologic relationship is challenging to establish, considering how frequent this finding is in healthy children.

Cavum septi pellucidum is an essential aspect of the second-trimester central nervous system (CNS) examination; if its normal appearance cannot be established by 20 weeks gestational age, additional investigation is required.

Fetal MRI, performed in the second or third trimester, has become an essential tool in further characterizing the related disorders.

When prenatal MRI is not feasible, postnatal MRI may be utilized to distinguish primary from secondary absence and provide prognostic information and therapy alternatives for patients.

Second-trimester fetal ultrasonography (US) is often conducted between 18 and 22 weeks of gestation.

It may reveal gestational age, the number of fetuses, and placental orientation.

This exam may also identify prenatal anomalies and offer information for birth planning, which can help minimize perinatal death.

The cavum septum pellucidum (CSP) is a well-established feature of the regular screening ultrasonography examination because the absence of an unusual appearance of the CSP may serve as a significant marker for various related brain disorders from holoprosencephaly to isolated septal insufficiency.

It is critical to understand the regular appearance of the CSP to suggest additional workup for early discovery of these related brain abnormalities and to give appropriate prenatal care and counseling.

In an axial picture, the cavum septum pellucidum should be observed as two separate leaves at or slightly above the level of the paired thalami.

Its breadth usually grows with gestational age, with a minor reduction near term.

The decision to undertake fetal MRI is influenced by many variables, including availability, cost, and pregnancy management.

An absolute absence of the cavum septum pellucidum is caused by either a failure in the formation of the accompanying mid-line structures or destruction due to external factors.

Because fetal MRI has substantially greater sensitivity and specificity for diagnosing central nervous system disorders than ultrasound, several institutions utilize it in addition to ultrasound.

The differential diagnosis might be pervasive when the typical CSP is missed on standard second-trimester ultrasound and seems entirely or partly missing.

Further testing to rule out a CSP cyst is recommended if the CSP is present and enlarged.

Symptomatic cavum septum pellucidum hypertrophy is uncommon and most usually produces intermittent obstructive hydrocephalus with headache and loss of consciousness.

It may be treated surgically by cyst puncture or shunting, ventriculoperitoneal shunting, or radical excision.

The following conditions are treated for cavum septum pellucidum:

The primary purpose of therapy is to alleviate the cyst's bulk impact, which is solely surgical.

In open surgical procedures, conventional shunting and stereotactic fenestration are the standard treatments in these situations.

Dandy documented the first treated CSP cyst in 1931, when he performed a transcallosal fenestration on a 4.5-year-old kid.

Since the initial endoscopic technique was published, neuroendoscopic fenestration has become a well-established therapeutic alternative and is now the therapy of choice for symptomatic CSP cysts.

There are three endoscopic methods described:

Endoscopic fenestration is a less intrusive procedure that provides direct vision and efficacy.

Inadvertent harm is avoided via direct viewing of neuronal and circulatory systems.

It is also critical to examine the Monro foramina for any adhesions that may be causing the hydrocephalus to remain after the cyst has been successfully drained.

Furthermore, this approach eliminates the requirement for a shunt and allows for a biopsy of the cyst walls.

CSP and cavum vergae may influence cerebral endoscopic surgical route selection, with the transcavum interforniceal path favored over the transforaminal approach into the third ventricle.

What Is Fetal Cavum Septum Pellucidum?

It is typically observed by ultrasonography in the second and third trimesters of the pregnancy in most preterm newborns and around 50% of full-term infants.

How Common Is Cavum Septum Pellucidum?

Does Everyone Have Cavum Septum Pellucidum?

What Does The Cavum Septum Pellucidum Do?

SP is a critical limbic system component connecting to the medial and basolateral limbic circuits.

Diseases affecting the CSP might induce symptoms via a mass impact or disrupt the limbic system's emotional and behavioral activities.

A thorough assessment and neurological and radiological investigations are required before therapy.

As a result, even if the CSP cysts seem symptomatic, conversations with the radiologist, neurologist, and neuropsychiatrist are required before surgery.