CBD As A Preventative Medicine - Understanding The Part It Plays 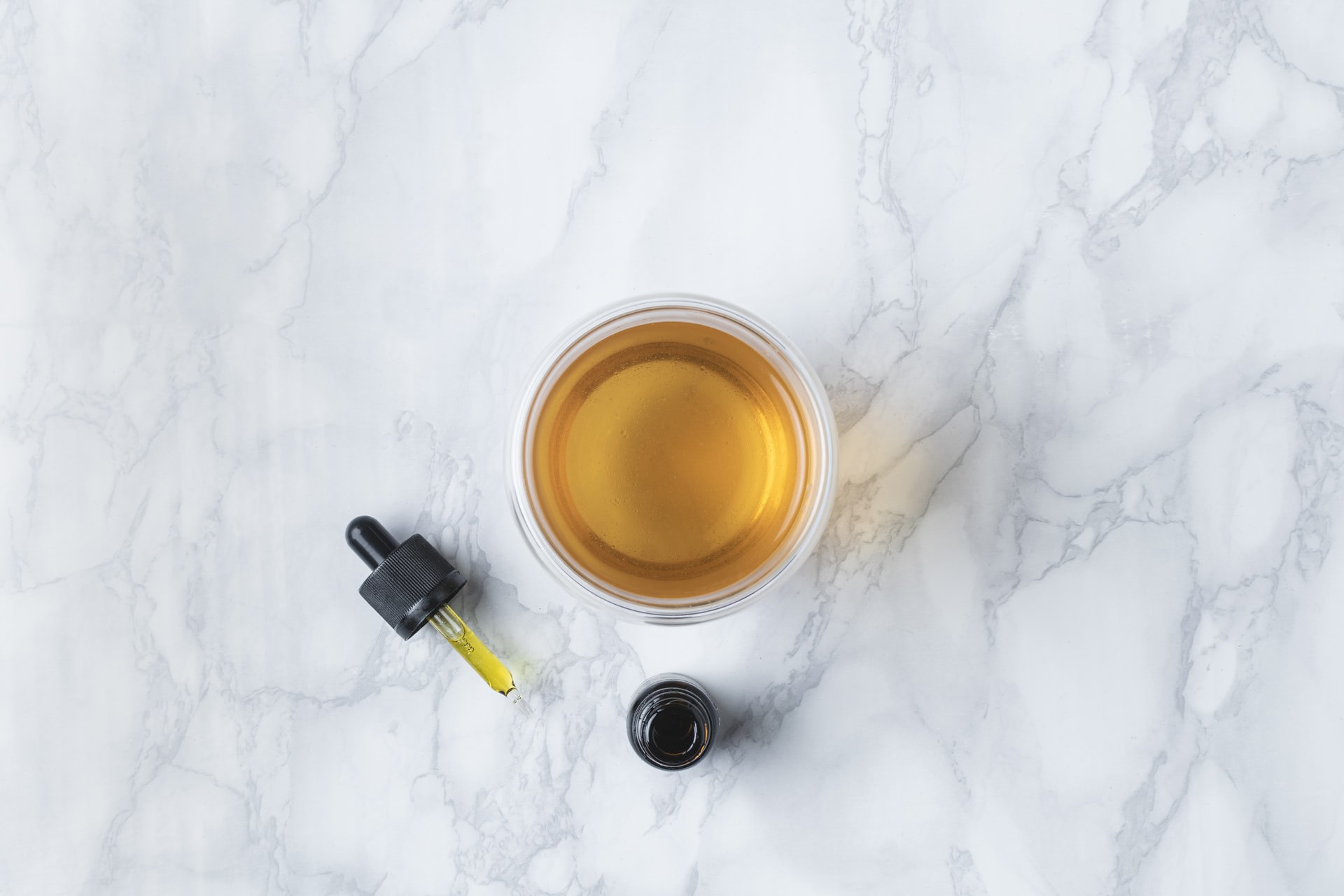 The region of the biological matrix where the body and brain meet is linked to cannabinoid therapy. CBD and other compounds in cannabis are more easily integrated than many synthetic pharmaceuticals because they are so similar to the molecules produced by our own bodies, this makes it easy to use CBD as a preventative medicine. "With complex actions in our immune system, nervous system, and virtually all of the body's organs, the endocannabinoids are literally a bridge between body and mind," says Bradley E. Alger, a leading scientist in the study of endocannabinoids with a Ph.D. in experimental psychology from Harvard University. We can see a link between brain activity and bodily health and disease by knowing this system."

Reduced Risk Of Diabetes And Obesity

Regular cannabis users have a lower BMI, smaller waist circumferences, and a lower risk of diabetes and obesity, according to multiple studies. Based on a survey of more than fifty-two thousand people, a 2011 study published in the American Journal of Epidemiology found that cannabis users have a one-third lower rate of obesity. Despite the fact that individuals consume more calories each day, this could be due to THC's stimulation of ghrelin, a hormone that raises appetite while simultaneously increasing carbohydrate metabolism. CBD was first proven to reduce the prevalence of diabetes in lab rats in 2006, and in 2015, an Israeli-American biopharmaceutical company initiated stage 2 trials to test CBD's effectiveness in diabetic treatment. CBD has been shown in studies to aid in the conversion of white fat to weight-loss brown fat, as well as regular insulin production and sugar metabolism.

Current cannabis users had fasting insulin levels that were up to 16 percent lower than non-users, greater levels of HDL cholesterol that protects against diabetes, and 17% lower levels of insulin resistance, according to researchers who studied over 4,600 test subjects.

Respondents who had used cannabis in the past but were not current users found similar but less pronounced connections, indicating that cannabis's protective impact decreases over time.

Excess insulin causes weight gain and obesity by promoting the conversion of glucose to stored fat. The increasing study on cannabinoids and insulin regulation could lead to substantial advancements in the prevention of obesity and type 2 diabetes.

Non-users were compared to present and previous users in a 2013 study that collected data from 4,652 people on the impact of cannabis on metabolic systems. Current users had greater levels of HDL-C, or "good cholesterol," in their blood, according to the study. In the same year, a study of over 700 Inuit people in Canada discovered that habitual cannabis users had higher HDL-C levels and lower LDL-C ("bad cholesterol") levels.

Atherosclerosis is a condition that is linked to nutrition and lifestyle and can lead to heart disease or stroke in affluent Western countries. It's a long-term inflammatory condition that causes atherosclerotic plaques to build up over time (immune cells carrying oxidized LDL or low—density lipoproteins). Endocannabinoid signaling appears to play a key role in the pathogenesis of atherogenesis, according to an increasing body of research. High blood pressure, pathogenic microorganisms, or an excess of an amino acid called homocysteine have all been linked to damage in the lining of the artery walls. Inflammatory molecules have been shown to promote the progression of atherosclerotic lesions in studies. Existing treatments are moderately effective, but they come with a slew of disadvantages. Anandamide and 2-AG, the body's natural cannabinoids, cause CB2 receptors to treble in response to inflammation, allowing them to reduce inflammatory reactions. Plant-derived cannabinoids activate the CB2 receptor as well.

Low-dose oral cannabis were shown to delay the progression of atherosclerosis in a 2005 animal study. The immunomodulatory capacity of cannabis was "well established" in science the following year, according to researchers, who believed they had extensive therapeutic promise for a range of diseases, including atherosclerosis.

CBD demonstrated a cardio-protective effect in a 2007 animal study during heart attacks, and more information about the role of the CB1 and CB2 receptors in cardiovascular disease and health was published that year.

Is it possible that cannabidiol could help prevent tumors and other malignancies from spreading? After being stimulated with carcinogens in the lab, animals given CBD were found to be much less likely to acquire colon cancer. THC has been demonstrated to prevent and diminish cancers in several studies, including one conducted on animal models in 1996, which revealed that it reduced the incidence of benign and hepatic adenoma tumors. In 2015, researchers looked at the medical records of over 80,000 male patients in California and discovered that those who used cannabis but not tobacco had a 45 percent lower risk of bladder cancer than the general population. Treatment and prevention of skin cancer can be accomplished with topical treatments. The optimum CBD-to-THC ratio and dosing level for cancer prevention and treatment are still being researched.

Cannabinoids aid in the maintenance of brain health as well as the development of resilience against trauma and degeneration.

Cannabinoids are neuroprotective, which means they aid to keep the brain healthy and balanced. The results appear to be linked to a variety of events in the brain, including the elimination of damaged cells and increased mitochondrial efficiency. Glutamate toxicity is also reduced by CBD and other antioxidant components in cannabis. Extra glutamate causes cells to become over-stimulated, resulting in cell death or damage. As a result, cannabinoids assist in the protection of brain cells, ensuring that the organ remains healthy and functional. CBD has also been demonstrated to have a neuroprotective impact.

The production of new neurons decreases dramatically as the brain aged. New cells must be formed on a regular basis in order to keep the brain healthy and avoid degenerative disorders. Low dosages of CBD and THC-like cannabinoids, even in aging brains, were shown in a 2008 study to induce the formation of new nerve cells in animal models. Other nerve-related disorders, such as neuropathy and Alzheimer's disease, can also be prevented by CBD.

Cannabinoids aid in the process of bone metabolism, which involves the replacement of old bone material with new at a rate of roughly 10% per year, which is essential for maintaining strong, healthy bones throughout time. CBD has been proven to inhibit an enzyme that degrades bone-building components in the body, lowering the chances of osteoporosis and osteoarthritis as people age. The body stops producing new bone and cartilage cells in each of those illnesses. CBD has been demonstrated to expedite the healing of broken bones and reduce the likelihood of re-fracturing the bone due to a stronger fracture callus (bones are 35–50 percent stronger than non-treated participants).

Protects And Heals The Skin

CB2 receptors are found in the greatest number and concentration in the skin. CBD's antioxidants (which are more effective than vitamins E and C) can help to repair damage caused by free radicals such as UV radiation and environmental toxins when administered topically as an infused lotion, serum, oil, or salve. Cannabinoid receptors are located in the skin and are thought to be involved in the regulation of sebaceous gland oil production. Topical cannabis-based medicines are being developed to treat a variety of conditions ranging from acne to psoriasis, and they can help injured skin heal faster.Indeed, historical documents demonstrate that cannabis formulations have been utilized for wound healing in both animals and humans for thousands of years in a variety of cultures all over the world. With a number of well-documented stories of patients treating both melanoma and carcinoma-type skin cancers by using CBD and THC products topically, the use of concentrated cannabis oils to treat skin cancer is gaining appeal. The instance of Rick Simpson, who used cannabis oil to heal his basal cell carcinoma and now sells a line of products, is perhaps the most well-known. It is not psychotropic to use cannabis topically.

Numerous studies have demonstrated that cannabinoids have anti-inflammatory properties. CBD interacts with the endocannabinoid system in a variety of organs, reducing inflammation throughout the body. Inflammation plays a role in a variety of disorders, thus the therapeutic potential is impressive.