Chronic Diseases - The Effects Of Autoimmune Disease And Mitochondrial Dysfunction 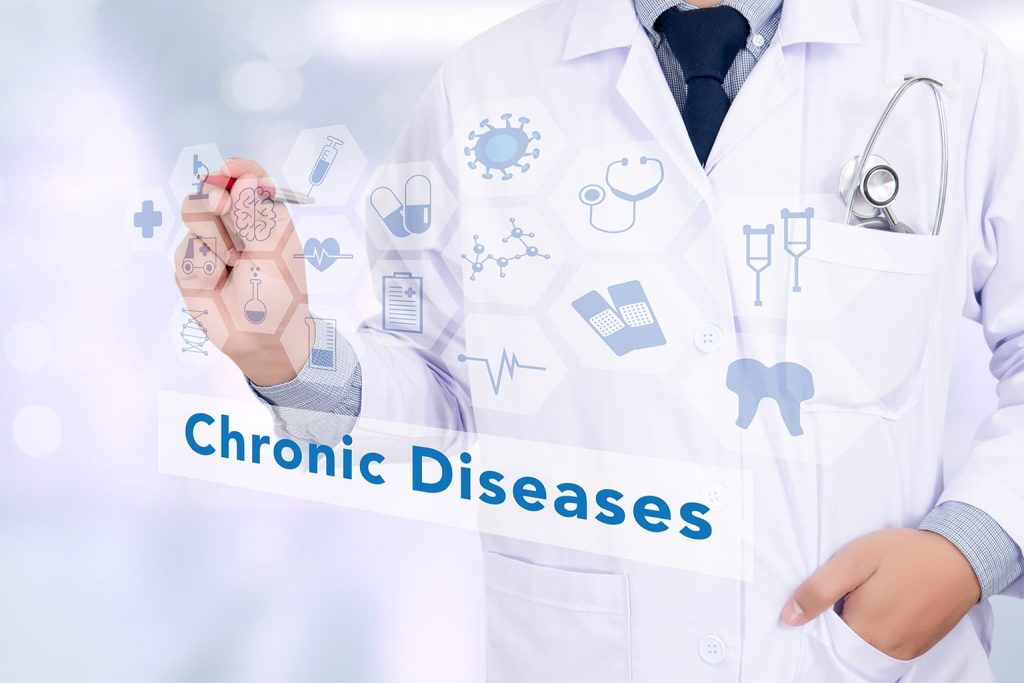 This has led to concerns being expressed about potentially irreversible processes that are connected to multiple organ disease syndrome, NAFLD, obesity, diabetes, and neurodegenerative diseases.

Loss of function in mitochondria, the key organelle for cellular energy production, can cause fatigue and other chronic disease symptoms.

Mitochondrial dysfunction and impaired bioenergetics are implicated in the pathogenesis of many chronic diseases, mainly neuroimmune or autoimmune.

Mitochondrial dysfunction, characterized by a loss of efficiency in the electron transport chain and reduced ATP synthesis, is a hallmark of aging and chronic diseases.

The mitochondria are often referred to as the "energy factory" of the cell. Nearly every cell in the body contains a number of mitochondria, typically in the range of several thousand. They are responsible for the processing of oxygen and the conversion of substances derived from the food we eat into usable forms of energy. Mitochondria are responsible for the production of 90% of the energy that is required for our body to function.

What Are Mitochondrial Diseases?

Nearly every organ in the body, including the brain, nerves, muscles, kidneys, heart, liver, eyes, ears, and pancreas, can be impacted by mitochondrial diseases.

Secondary mitochondrial dysfunction patients don't have primary genetic mitochondrial disease, so they don't need to worry about their symptoms escalating or getting worse.

The majority of the time, primary mitochondrial disease is a genetic disorder that can be inherited (transmitted from one set of parents to another) in a number of different ways.

Learning more about genes and DNA is useful for comprehending different inheritance types. Our characteristics, such as brown eyes or blue eyes, are inherited through our genes. DNA, the genetic "blueprint" that determines each individual's characteristics, is found in genes.

Normally, a child receives two genes from each parent—one from the mother and one from the father. A healthy set of genes are NOT passed down from the parents to a child with mitochondrial disease. The gene has changed, or mutated, which means it has become flawed. The likelihood of passing on a mitochondrial disease or diseases to future offspring can be predicted by understanding how the disease has been inherited.

What Is Autoimmune Disease?

There are numerous autoimmune diseases. Even though they have some similar symptoms, they differ in certain ways.

What Are The Common Signs And Symptoms Of Autoimmune Disease?

The primary factor that brings on the symptoms of autoimmune diseases is inflammation, which can result in the destruction of both tissue and organs.

The following is a list of signs and symptoms that are typical of most autoimmune diseases:

Symptoms can vary in their degree of severity. Flare-ups are times when symptoms get worse, whereas remission is a period of little to no symptom activity.

Effects Of Autoimmune Disease And Mitochondrial Dysfunction In Chronic Disease

Anti-aging genes such as Klotho, FOXO 3a, p66shc, and Sirtuin 1 (Sirt 1) are linked to chronic diseases. Repression of Sirt 1 is involved with the transcriptional dysregulation of other anti-aging genes (Klotho, p66shc, FOXO1/FOXO3a) that leads to abnormal glucose, lipid, and amyloid-beta metabolism associated with programmed cell death in various cells and tissues. Anti-aging genes and their links to autoimmune and chronic diseases are relevant to irreversible programmed cell death in many tissues. Dietary effects with Sirt 1 downregulation accelerate disease progression in global communities with auto-immune diseases.

Is Depression A Chronic Disease?

Most chronic diseases are caused by key risk behaviors: Tobacco use and exposure to secondhand smoke. Poor nutrition, including diets low in fruits and vegetables and high in sodium and saturated fats. Physical inactivity.

What Is The Difference Between Chronic Disease And Chronic Illness?

Chronic disease is defined on the basis of the biomedical disease classification, and includes diabetes, asthma, and depression. Chronic illness is the personal experience of living with the affliction that often accompanies chronic disease.

Is Anxiety A Chronic Disease?

Clinical and epidemiological data suggest that generalized anxiety disorder (GAD) is a chronic illness causing patients to suffer for many years leading to significant distress in daily life functioning.

It is essential for naturopathic physicians to address the fundamental reasons behind chronic diseases that are associated with the autoimmune process, as the prevalence of autoimmune disorders is expected to continue its upward trend. The findings of this study make it abundantly clear that further research is required into the feasibility of adopting a multifaceted strategy for combating autoimmunity that incorporates mitochondrial support in addition to general inflammatory support.