Cyberbullying - Its Connection With Empathy In The Age Of Hyperconnection 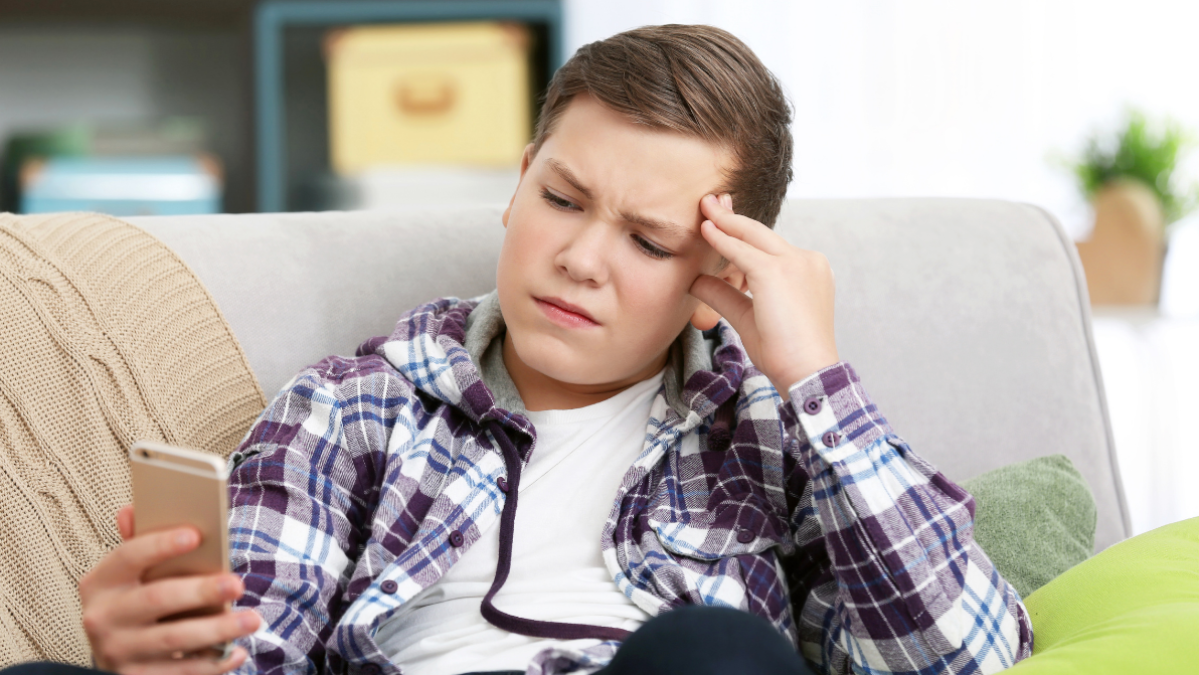 We now have the responsibility to examine cyberbullying within a much wider societal framework since it represents a difficult frontier of inquiry in the social sciences.

The necessity to find new interpretive categories through which to comprehend the complexity of the present is more apparent in the setting of current society.

The larger goal of social researchers is to provide acceptable analytical methods and explanatory standards suited for redefinition of social activity, including it into a multidisciplinary theoretical framework that dissolves the existing barriers between the many disciplines of study.

According to this viewpoint, both sociology and neuroscience may make a significant contribution to understanding the complexity of social relationships and the processes of forming persons' identities by offering new methods for examining cutting-edge social interactional forms.

As a result, the proposed contribution tries to investigate the phenomena of cyberbullying using a wholly multidisciplinary approach, combining attention to the basic features of social dynamics with a thorough investigation of the function of physiological responses linked to emotional states.

Bullying occurs when a person is regularly subjected to unpleasant behaviors by one or more others and has trouble defending himself or herself. Sharp and Smith define bullying as "peer abuse," a power-and-control-based social connection between friends. This is repeated aggression. Shelley and Swearer noted that Olweus' pioneering work helped identify bullying as a subset of interpersonal aggression characterized by purpose, repetition, and a power imbalance.

Once considered a normal part of growing up, bullying is now considered a societal emergency. Bullying is caused by culture, stereotypes, family, school, social networking, individual qualities, and conflict management.

Offensive action can be exercised through the use of the word (offenses, teasing, threats), by resorting to physical force and contact (direct bullying), talking badly about him/her with other comrades (indirect bullying), or excluding the victim from the group using social pain caused by social exclusion.

Sending nasty images or disrespectful emails may be more painful than a punch or a football, even if it doesn't include outright violence or other types of physical compulsion. Cyberbullying may occur in virtual communities when a group distributes private sexual pictures. Only half of cyberbullying is anonymous, despite common notions.

According to the 2018 Istat study, new technologies are widely used among young people in Italy. 85.8% of 11 and 17-year-old boys use cell phones daily. 72% of that age group surf the internet daily.

Such widespread use of digital media has led to the growth of cyberbullying, which affects 22.2% of bullied victims. In 5.9% of cases, repeated acts (several times a month) were recorded. Girls/adolescents who use mobile phones and the Internet may be more vulnerable to network and communication dangers.

Between 11 and 17 years old, there is a greater number of victims: 7.1% of females who use the Internet or a mobile phone have been exposed to continual harassment, compared to 4.6% of boys. Young folks are at more risk than teens. About 7% of 11 to 13-year-olds were bullied via mobile phone or Internet once or multiple times a month, and 5.2% of 14 to 17-year-olds (ISTAT, 2018).

The development of file-sharing sites, such as videos (all social media support images and videos), is another side of the coin: on one hand, these sites provide information, product reviews, and entertainment, but they also contribute to cyberbullying, at least in its early stages (before the new policy of exclusion of videos that have as their object violent actions).

The psychological consequences and repercussions of the phenomenon are similar to traditional bullying; therefore, there could be intense subjective suffering that affects the individual and relational area of the victims with serious effects on self-esteem, on socio-affective abilities, on the sense of self-efficacy, on personal identity, anxiety, depression, and, in extreme cases, suicidal ideas.

The media power of internet words, images, and videos may make the repercussions much worse. Prevention is key to avoiding complicated and difficult issues.

Good information and communication by the main educational agencies, the family, the school, and other educational institutions can be very useful; in fact, misinformation, the policy of silence, and the erroneous conviction of not being able to denounce the facts often ensure that the attackers act driven by the possibility of not being caught and that the victims suffer feeling shameful and wrong.

All social players contribute to a hazardous vicious spiral that perpetuates itself.

Emerging socially significant phenomena like cyberbullying need a multidisciplinary approach so we may comprehend its social ramifications and collective effect.

This is a stimulating challenge for academics since it allows them to transcend stringent disciplinary boundaries that limited researchers' comparison in the past. The writers' diverse scientific backgrounds enable them to attack cyberbullying from several angles, integrating social science sensitivity with cognitive neuroscience.

As for sociology, its contribution to the analysis of this phenomenon must begin with an examination of the wider social context transformation, highlighting how the process of progressive individualization has influenced contemporary society to change the features of social capital on which subjects can rely.

If social capital is the product of social relations, it appears even more precious in light of the progressive deinstitutionalization of subjects' life trajectories, since it allows them to root their own life project in a shared feeling.

On a micro level, social capital can protect the subject–at least partially–from isolation and/or from the risks of today's society. Through interaction with the nodes that make up his/her network, social actor can reactivate some mechanisms of social belonging that the crisis of collective sources of meaning has questioned step by step.

Understanding people's emotions and ideas is a key component of social intelligence and daily living. Singer and Lamm (2009) characterized "human empathy" as a complex phenomena with sub-skills, sub-components, and systems. Different definitions and models of others' emotions occur in cognitive sciences.

Emotional contagion: a predecessor of empathy, it does not entail feelings, but rather physiological responses responsive to others' emotions (e.g., dilation of the pupil). Hein and Singer described empathy as the emotional state created by sharing another's feelings and sensory experiences, and the empathic process as an isomorphic affective state caused by seeing or imagining another's emotion.

Ability to depict mental states, especially emotive ones. Sympathy or compassion: the capacity to feel but not share another's sentiments.

This mechanism suggests a difference between one's emotional processes and those of the other. Empathy implies experiencing the same feeling as the other and maintaining a difference in emotional states.

Cognitive empathy is the capacity to portray another's mental state owing to an accurate appraisal of the circumstance and related responses. Prosocial conduct, aiding someone in need. Bullying is more prevalent when just cognitive empathy is present. Without empathy, bullying and cyberbullying may arise. Empathy is linked to reduced aggression and more prosocial conduct, perhaps because it helps control emotions.

This theoretical model seeks to illustrate all components of empathy and explain how it prevents cyberbullying.

Absence Of Empathy - Cyberbullying In The Age Of Hyperconnection

Cyberbullying is a difficult societal issue. It must start with Bigo's 2008 "Terror, insecurity, and liberty" logic of exclusion. We live on a narrow line between excluded/who excludes (the victim/executioner dichotomy is emerging).

To highlight and simplify this duality, we might say that we live in the age of the ban-opticon, or logic of the ban, which extends from the basic exclusion of friendship online (Facebook) to exclusion in a video game (perhaps within the already restricted circle of PlayStation friendship).

Today, as in 1642 (the connection is to The Scarlet Letter), the public pillory is used to expiate "sin," in this instance adultery. This cruel process continues when society needs to strike out to renew and feel unified.

The selected individual becomes "the monster" for a while. It's branded, like the initial A of the book, and the communal procedure comes before the legal one. Bullying, as a mental act based on a label, has probably always existed. This is the manufacturing system that labels and prepares us for consumption, which becomes viral with new technology.

According to Howard S. Becker in "Outsiders," the victims of labeling are individuals who commit acts that raise societal concern and lack the monetary and immaterial resources (such as high social position) to fight this label.

Those who disclose the social condemnation of a given action will alter the meaning of "tagged," which will benefit those on a higher social rung. The societal response is not the same for all sorts of crime, resulting in more severe crimes against micro crimes and crimes ascribed to minorities and less demand for crimes from white-collar employees.

A popular internet exhibition stimulates online tagging. This goes beyond the medieval public pillory, which was a community (typically tiny urban reality), and reflects Becker's thesis.

What Is The Summary Of Cyberbullying?

Sending, publishing, or disseminating unfavorable, hurtful, or malicious material about someone else is considered cyberbullying. It may include disclosing sensitive or private information about another individual, which might humiliate or disgrace them. Cyberbullying sometimes veers into illegal or criminal action.

Which Of These Is An Example Of Cyberbullying?

Sending hurtful SMS or IMs to someone is one kind of cyberbullying, pranking a person's mobile device, gaining access to a person's gaming or social networking account.

What Are The Social Effects Of Cyberbullying?

What Is The Conclusion Of Cyberbullying?

In conclusion, cyberbullying has a highly negative impact on people. It disturbs academic life, causes severe mental harm, and might even be deadly. Even while technology has given kids and teens new options, it's crucial that everyone learns how to utilize it appropriately.

In conclusion, several efforts must be made to stop these events. Traditional socialization agencies, school and family first, don't seem equipped to deal with cyberbullying, often overlooking the value of psychological, relational, and communicative skills needed to manage the rules of social interaction; moreover, the pervasiveness of digital media makes the established mechanisms of social attention and surveillance obsolete, keeping in mind that empathy is a key element.

Promoting sociability and the use of new technology, for example, might help explain and evaluate the network's function. We can teach individuals to utilize the Internet and social networks this way.

Scholars, the media, and institutions must focus on the social skills required to participate in new digital settings, supporting a more attentive reflection on social transitions and the life trajectories of younger generations.