Decent Work - How Does It Affect Your Psychology? 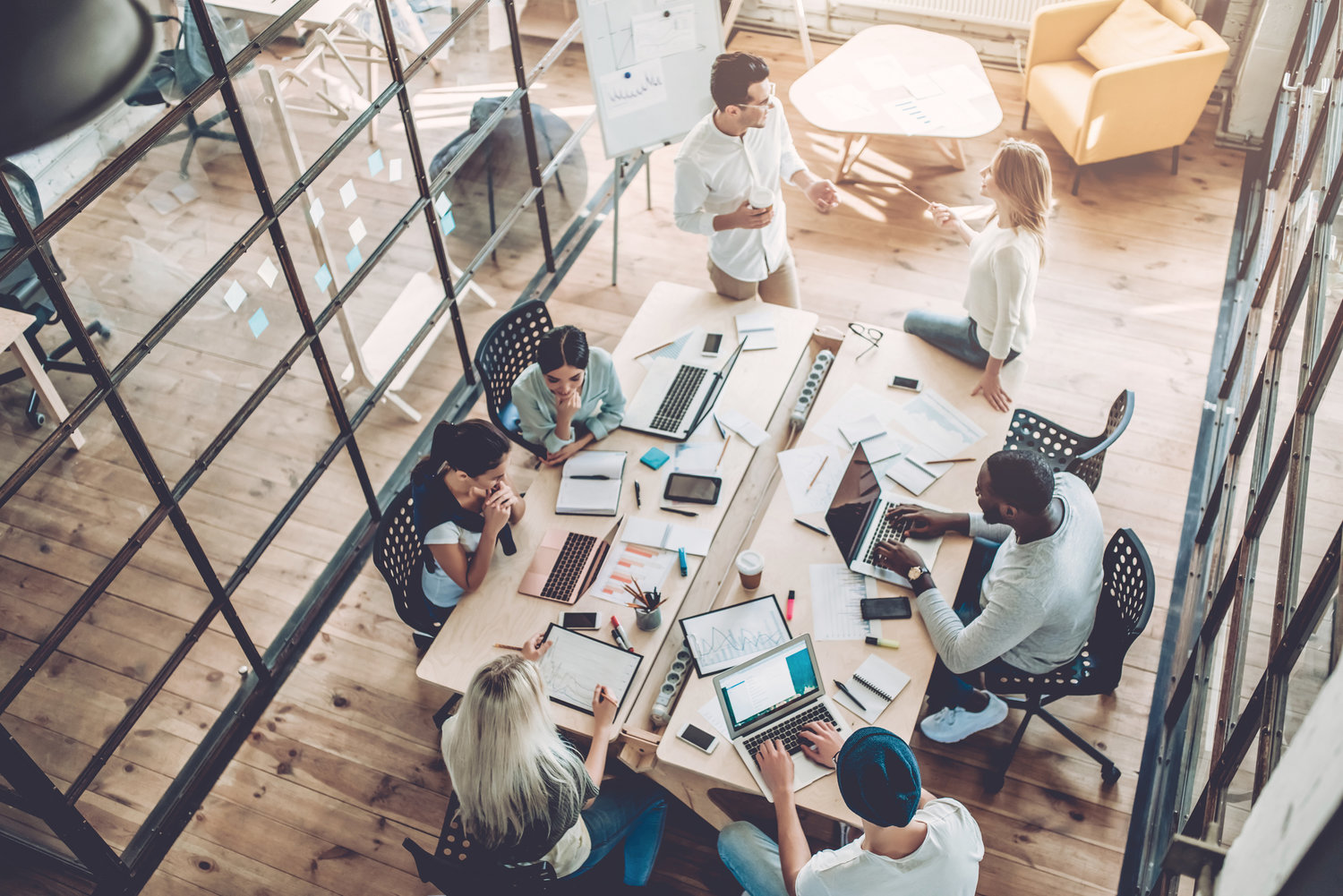 Industrial/organizational (I/O) and vocational psychology have been studying the role of work in human experience and development for more than a century. This has led to important bodies of knowledge and methods that have helped people, groups, and communities.

The job market is going through big changes that are putting to the test many long-held ideas about what makes for decent work.

Market factors that are already causing more instability and insecurity are increasingly dictating working conditions, which is stressful and upsetting for people all over the world.

International experts in labor, government, and other areas of public policy have given important advice about the kind of jobs people should be able to get in the modern world, even though the workplace has changed a lot.

Their advice has resulted in a lofty declaration about the kind of job—decent work—that needs to characterize the lives of everyone who works and wants to work.

Taking this important point about work as a starting point, the International Labor Organization (ILO) defined the criteria of a work-life that satisfies the UN Declaration's goal. The ILO put "decent work" at the top of its list of goals for workers in a complicated work environment.

The ILO Decent Work Agenda aims to promote social fairness, full employment, the sustainability of open societies and the global economy, social cohesion, and to deal with poverty and growing inequalities.

According to a study, the ILO defines decent employment as follows:

Most decent work has been characterized by macroeconomic variables, leading to evaluations of its availability in different nations and areas. Much of the existing literature on decent work uses global labor market indices, such as unemployment and underemployment rates; child labor; employment-population ratio; working conditions; social security; access to basic rights at work; discrimination at work; freedom of association; and union density.

The Great Recession and the growth of automation have widened differences in macro-level measures of decent employment in recent years. According to an ILO estimate, worldwide unemployment will certainly rise by 8 million over the next four years.

The OECD Development Center put together a group of economic experts who shared the same worries about the world of work.

Standing's criticism focused on the same themes as Di Ruggerio et al., namely the retreat from a more forceful stand on workers' rights. He said that the current definitions of "decent work" are unclear and ambiguous because of how the ILO is set up and because the goal is to do justice.

In addition to worries about market-based factors, another issue is the disregard of psychological ideas of labor in contemporary definitions of acceptable employment. This point of view is best explained by Deranty and MacMillan, who say that decent work formulations leave out how people make meaning for themselves at work.

Deranty and MacMillan, using Dejours' psychodynamic theory of labor, argued that decent work must integrate workers' viewpoints. They said that respectable work must also have meaning, which is similar to what many psychologists say about the meaning of work.

Research in psychology shows how work enhances mental wellness. In this section, we concentrate on how good employment may be key to understanding the link between work and mental health.

Extensive data supports Swanson's assessment that working is linked to psychological health and well-being. According to the World Health Organization (WHO), psychological health is "a state of well-being in which every person realizes his or her own potential, can deal with the normal stresses of life, can work productively and fruitfully, and can contribute to her or his community."

Second, Swanson analyzed evidence on how employment helps psychological health, such as creating a healthy family-work balance (such as quality of life, life satisfaction, etc.). According to Australian studies, not all occupations improve psychological wellness.

Many types of employment expose individuals to social injustice and marginalization, boredom, weariness, and other types of physical and mental misery.

The Increasing Prevalence Of Precarious Work

Conventional metrics like unemployment numbers tell nothing about how effectively a labor market is satisfying the requirements of a society and its employees when they ignore the quality of available jobs. Emerging social science research highlights increasing insecure work levels.

Employees in precarious jobs don't have much choice or bargaining power, so they have no choice but to go along with market forces or risk not being able to find work and support themselves.

Precarity has been a constant feature of work in developing nations, but its prevalence in Western economies has declined during the 20th century. Social protections, workplace regulation, collective bargaining, and union representation successfully addressed many of the problems and reduced precarious employment.

Since the 1970s, employment relationships have seen significant changes due to the neoliberal restructuring of labor markets as governments and corporations adapt to globalization, increased global rivalry, fast technology breakthroughs, and a shifting workforce.

In accordance with a neoliberal agenda, which emphasizes the ability of markets to self-regulate and respond efficiently to change, governments have increasingly adopted deregulation and corporate "flexibility" policies, which have eroded employment standards and shifted social risk away from businesses, with negative effects on workers.

As jobs become more unstable, companies and governments shift risks to employees, their families, and their communities.

Those least able to tolerate danger now do so. Modern precarity has spread to all parts of the economy, even to jobs that used to be stable or permanent.

Many people today face job instability as a chronic state in their lives and a continuing cause of stress. Many employees overwork or put off taking needed time off because they are worried about their jobs, don't know what the future holds, or don't have any control over it.

The Psychology Of Decent Work

Although the decent work agenda has not been explicitly incorporated into psychology, much theory and research has focused on characteristics of work that match current definitions.

Substantial study has been dedicated to determining the nature and determinants of individuals' finding a good fit in their work life; different indices exist in vocational and I/O psychology to measure how well a job matches a worker's values, interests, attitudes, and talents.

Job-satisfied people are more likely to have overall well-being and psychological health. I/O psychologists and work psychologists have looked into how people can improve their quality of life, be happy at work, and feel like they have a purpose at work.

Vocational and I/O psychology research has helped us understand a lot about how people think and act at work.

A Psychology Of Working Perspective On Decent Work

The Psychology of Working Framework (PWF) began as a criticism of vocational psychology discourses that favored those with some career control. As the criticism grew, a meta-perspective was created to explore the psychological character of modern production.

The PWF has an activist, social justice point of view that connects individual studies of work-related problems to larger social and economic issues, which are very important for understanding how resources are distributed and how people can get good jobs.

The Psychology of Working Theory (PWT) identifies the antecedents and effects of decent work. The PWT proposes a testable model based on the PWF that puts decent work at the core of all work experiences.

This approach combines psychological elements like proactive personality, career flexibility, and critical awareness with social and economic ones, including economic circumstances, marginalization, and social class.

These two contributions strive to comprehend the varying work experiences of people from different origins, especially those from disadvantaged and disenfranchised social groups—a population that is rising as employment becomes more unstable. PWF and PWT also think about how discrimination, oppression, intersecting identities, high barriers, and lack of motivation affect career growth and work experience.

The Psychology of Working movement promotes labor as a human right fundamental to mental health and welfare by meeting three basic needs: survival and power, social connection, and self-determination

Due to the nature of different jobs, these needs are additive and not mutually exclusive, meaning people can achieve well-being through different combinations and levels of fulfillment with each need, that multiple needs may be met by the same aspect of work, and that gratification of one need may boost the fulfillment of other needs.

As indicated by the ILO, decent work may satisfy the three PWF criteria. The PWF, like decent employment, is an aspirational framework since its demands may be met to varying degrees and ways.

Why Is Decent Work Important?

Sustainable development must include both boosting employment and ensuring that everyone has access to adequate jobs. Inequalities and poverty are reduced and individuals are empowered through quality employment and fair working conditions, particularly for women, young people, and the most vulnerable groups like those with disabilities.

Who Introduced The Notion Of Decent Work?

The International Labor Office (ILO) presented this multifaceted idea in 1999. Employment conditions, social security, workplace rights, and social dialogue are its four main pillars. The ambitions of individuals in their working lives may be summed up by a decent job.

What Is A Vital Component Of Decent Work?

Four of the most important parts of decent work were found to be employment, social protection, workers' rights, and social discourse.

What Are The Dimensions Of Decent Work?

But what exactly does the idea of decent work entail? The same Report of the Director-General elaborates on the idea's four facets: employment, social protection, workers' rights, and social discourse. There are both quantitative and qualitative components to employment in this place.

Employment circumstances are influenced by both social policy and labor markets. Because neoliberal ideas and goals are so common and technology keeps getting better, it's unlikely that the current rise in unstable jobs will slow down any time soon.

In this context, the effects of insecure or irregular job circumstances on psychological health continue to be a neglected issue, especially given that such workplace disparities are often difficult to detect in developed nations. One of the main points of our debate is how qualitative, discovery-based research can be used to find out how people feel about their work environments.

Some of the criticisms of the decent work agenda, which has been so deeply anchored in statistics and macro-level data and has therefore missed essential parts of people's lived experiences at work, may be addressed through the use of rigorous and pertinent narrative data on the nature of work. We think that qualitative research may be the best way to explain the effects of the rise in precarious work.