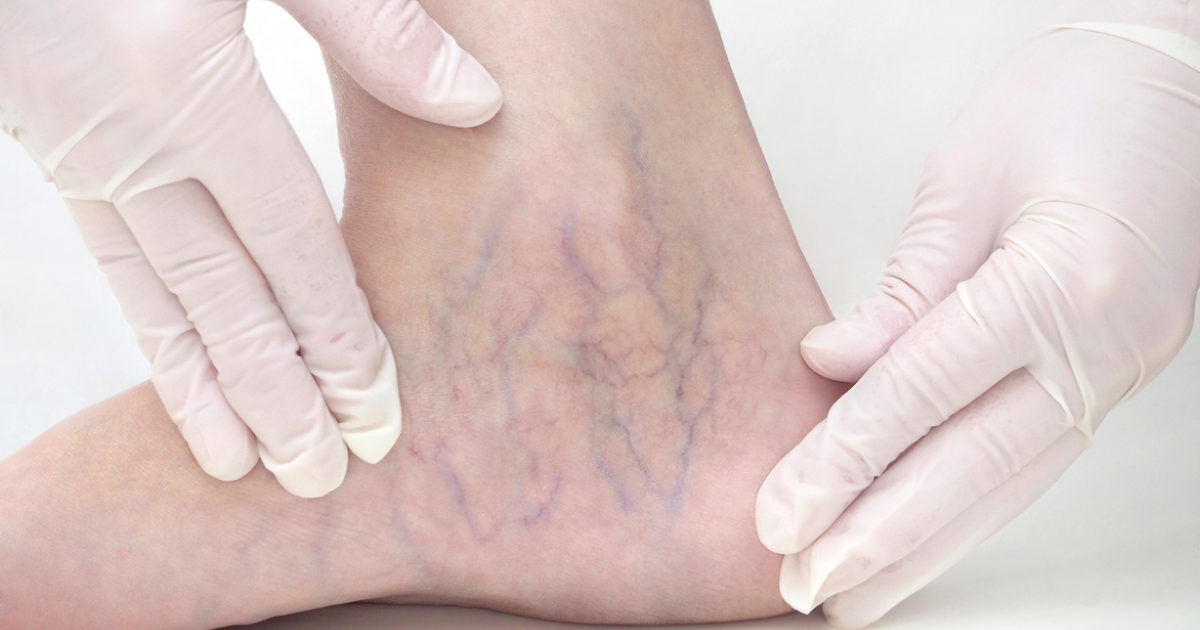 Patients with deep vein thrombosis (DVT) were required to be admitted to a hospital and treated with intravenous unfractionated heparin and coumarins for at least 5 days until the second half of the 1990s; this regimen requires close laboratory monitoring to be both effective and safe.

Patients could be safely treated at home with low-molecular weight heparins, which have been shown to be effective when given in fixed, weight-adjusted doses one or two times a day without laboratory monitoring, according to two landmark trials.

The Problem Of Exclusion From Home Treatment

A large percentage of eligible patients are excluded from home treatment in randomized clinical trials (RCTs): 1491/2230 (66.9%) in a Levine study and 216/692 (31.2%) in a Koopman study. In a Cochrane review by Othieno, the proportion of excluded patients, as well as partial in-hospital initial treatment of those patients regarded as treated 'at home,' were already identified as major issues.

This shows a clear lack of generalizability; in many subsequent non-randomised studies, the proportion of patients excluded from home treatment was not as high, and current practices appear to be even more aggressive. This could be due, at least in part, to the fact that study participants were excluded for a variety of reasons, some of which are unique to the experimental setting and are not typically considered in clinical practice.

In a study by Shapiro, up to 70% of patients were excluded from home treatment after following a carefully designed outpatient treatment pathway. Other reasons for exclusion could include both clinical and social, geographic, and logistical issues. However, cancer (even if it is metastatic) should not be used as an excuse to avoid home treatment. In addition, Hyers found that in a large, multicentric study, home treatment was more common in suburban and rural areas than in urban areas.

Patients with pulmonary embolism (PE) who were not severe or symptomatic were included in trials because about one-third of DVT patients have some degree of pulmonary involvement. In addition, the home treatment of PE has been formally evaluated.

Today, we have a validated tool that can safely identify patients who do not need to be admitted for the treatment of PE. Patients with extensive iliofemoral DVT or phlegmasia cerulea dolens, both of which carry a high risk of severe post-thrombotic syndrome and necessitate parenteral or opioid analgesia, were typically excluded from RCTs, despite the fact that they should have been included.

Alternative strategies, such as putting these patients on unfractionated heparin until they are evaluated for surgical thrombectomy or catheter-directed thrombolysis, may be reasonable. Bilateral lower limb DVT should raise the possibility of inferior vena cava thrombosis and, as a result, caval atresia, especially in the young. These patients should be admitted for a thorough evaluation and treatment.

The Fear Of Bleeding

Many patients are admitted to RCT because they are bleeding or have a high risk of bleeding. The presence of bleeding diathesis (defined as thrombocytopenia < 100,000 x 106/L or INR > 1.4), uncontrolled or malignant hypertension, renal or hepatic failure, recent surgery (especially neurologic or ophthalmic) or lumbar puncture, recent gastrointestinal (within 1 month) or intracerebral bleeding (within 6 months). To our knowledge, no formal score has ever been used to rule out such patients from receiving treatment at home, and the decision to admit them is usually based solely on clinical judgment. Indeed, serious bleeding appears to be linked to the patient's characteristics rather than the treatment setting, and bleeding risk tools have not been shown to be particularly accurate, at least in elderly DVT patients.

Apart from the presence of comorbidities, which is the most commonly reported reason for hospital admission, other reasons for exclusion do not warrant special attention. This decision was left to the physician's discretion, just as it was with bleeding. When taken together, these two exclusionary factors weaken the evidence in favor of home treatment safety, as the risk of exclusion bias is not insignificant.

It's unclear how much real-world follow-up considerations differ from those considered in research. Patients in RCT are more likely to be visited by visiting nurses on a regular basis, to have the ability to communicate with the treating physicians, and to have access to a fast-track hospital evaluation in the event of symptoms. To reduce the risk of outpatient treatment, clinical pathways should be ensured. Standard procedures may not be as effective in detecting DVT progression or detecting non-overt bleeding as they once were. In the future, newer anticoagulants that do not require laboratory monitoring will increase the number of patients who do not seek medical advice during their active treatment period.

Does A DVT Require Hospitalization?

Patients with massive DVT, symptomatic pulmonary embolism, anticoagulant bleeding at high risk, or significant comorbidity should be admitted to the hospital.

How Long Do You Have To Stay In Hospital With DVT?

The amount of time you will spend in the hospital for blood clot treatment varies. The average hospital stay is five to seven days. Some people, on the other hand, may only stay for two or three days, while others may stay for up to three weeks.

How Long Can You Wait To Treat A DVT?

These patients should be treated for a minimum of three months. Anticoagulation for 6 months is often recommended because acute DVT is often severe and symptoms have become chronic (ie, PTS), and patients are more likely to choose indefinite anticoagulation if the DVT was caused by a minor reversible risk factor.

What Happens If You Don't Treat Deep Vein Thrombosis?

Even when DVT is associated with low-risk PE, outpatient treatment is generally safe and effective. Some patients should be admitted due to thromboembolic extension, a high risk of bleeding, or relevant comorbidities. Clinical pathways should be implemented to aid in the decision to safely assign a patient to outpatient care.