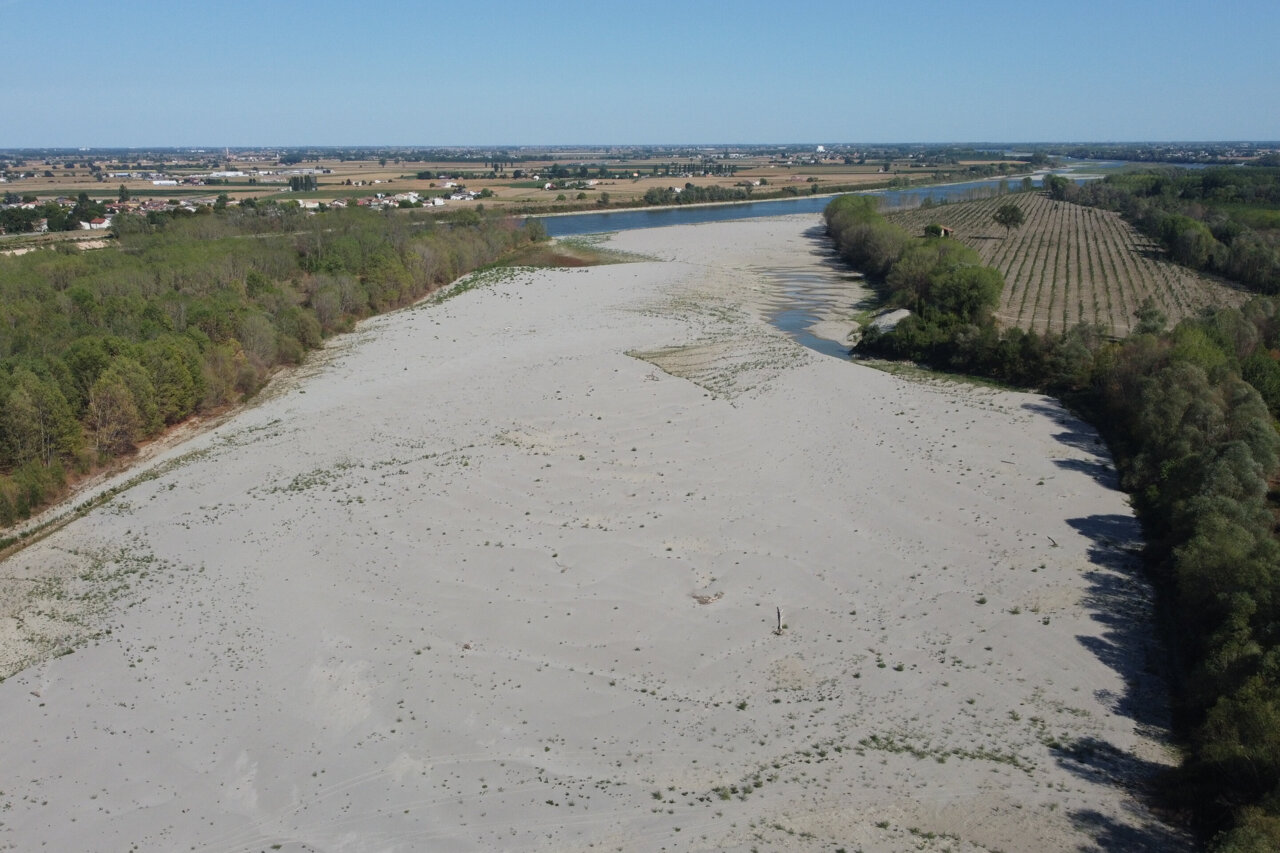 Drought Worsens In France As Part Of The River Loire Dries Up. The worst drought caused by climate change in several decades has led to a reduction in the size of Europe's major rivers. As water resources continue to dwindle, nearly the whole country of France is currently subject to some form of water rationing or limitation, and in many French communes, the water coming out of the taps has been completely cut off.

The drought, which is connected to the climate issue and was made worse by an abnormally hot summer, has caused many of the country's underground water supplies to dry up, but it has also had an impact on the country's waterways.

Many lakes around France have also almost completely dried up, and the water levels in the country's reservoirs have dropped to dangerously low levels.

In inland regions, several lakes have "beaches" that serve as leisure attractions for inhabitants who live too far away to travel to the ocean for day trips. These "beaches" are equipped with sun loungers, bars, cafés, and souvenir booths.

Because of the severe absence of water, many lake beaches have been closed to the public.

Also, marshland has dried up, which is bad for animals and the livelihood of France's artisan salt-makers, who use salt marshes all along the French coast to make fleur de sel.

France, which utilizes the most nuclear energy in the EU, has also recently run into trouble on the Rhône and Garonne rivers. Both of these rivers are located in France. This week, some of EDF's power plants had to cut back on their output because the temperatures were too high for river water to be used to cool down the plants and keep them at their normal temperature.

Because Russia is limiting the flow of gas, German power plants are especially dependent on the deliveries. Furthermore, the drought might make the country's already dire energy situation much worse.

The drying up of the Rhine is a particularly worrying issue. On Friday, it was anticipated that the level would drop below 40 centimeters at the chokepoint of Kaub, which is located near Frankfurt. Because of this, it would be impossible for some of the larger ships that carry supplies of oil, coal, and gas to navigate through it.

In the meantime, photos taken yesterday near the mouth of the Loire in Nantes show a lot more river bed than water, as well as a bridge to the town of Loireauxence that doesn't really need to be there.

These scenes have been played out repeatedly across Europe, including in Italy, where the Po river has dried up, and in Germany, where the Rhine, which in normal times carries a significant amount of freight traffic, is dangerously low and has been forced to restrict shipping. Both of these countries are experiencing similar problems.

It is already upsetting enough to watch once-mighty rivers like the Loire, Po, and Rhine reduced to a trickle in certain locations. However, this extended drought is also highlighting how dependent we are on them for things like commerce, energy, and transportation.