Fossils, Mollusk Remains, And Stone Fools That Date Back To The Last Ice Age Discovered By Archaeologists 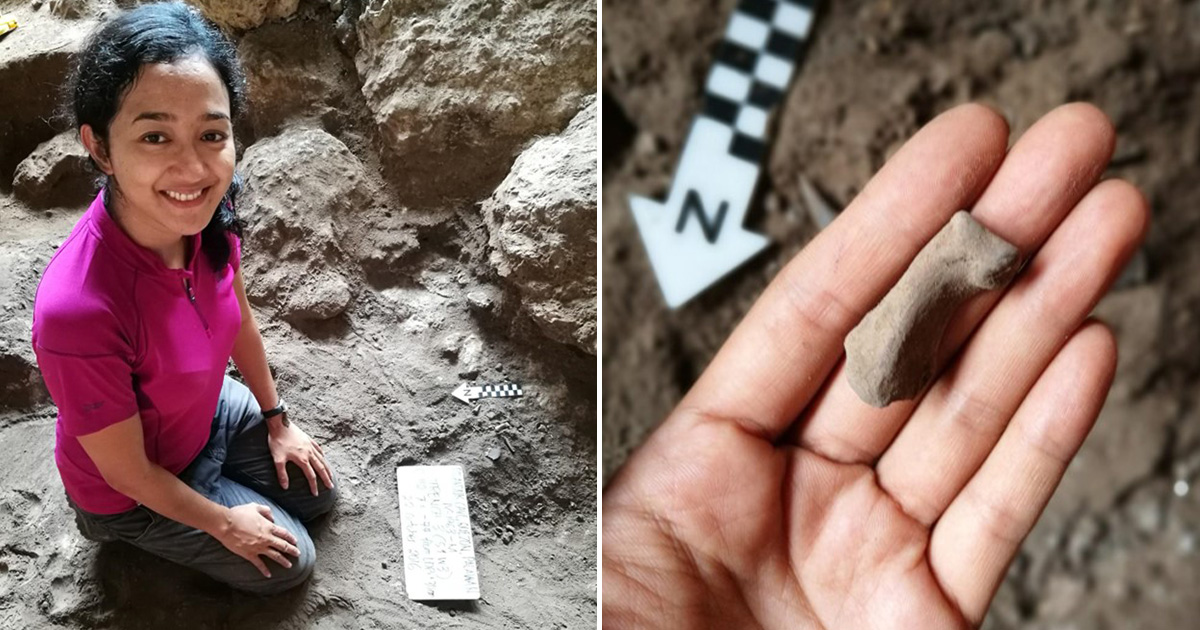 Fossils, mollusk remains, and stone fools that date back to the last ice age discovered by archaeologists at Pilanduk Cave in Palawan.

In a statement released on Monday by the Diliman Information Office, lead researcher and University of the Philippines (UP) Diliman archaeologist Janine Ochoa and co-principal investigator Ame Garong from the National Museum said that the cave is an important late Pleistocene (ice age) archaeological site in the Philippines.

This led to the discovery of "new radiocarbon dates that securely place the age of human occupation of Pilanduk Cave at the LGM (Last Glacial Maximum)/Last Ice Age at ca. 20,000-25,000 years ago and evidence for shifting foraging behaviors (ecological and behavioral flexibility) of modern humans occupying changing tropical environments (climate and environment)," which was published in a paper titled "Tropical island adaptations in Southeast Asia during the Last Glacial Maximum: Evidence from Palawan."

During the re-excavation, not only were fossils of a tiger and other native mammalian and reptilian fauna of Palawan discovered, but also new information and evidence for specialized deer hunting and foraging for freshwater molluscs.

The two, with their research team, re-excavated the site in 2016 “to further the previous research conducted by Jonathan Kress and the National Museum in 1969-1970,” and conducted the analysis of the archaeological material from 2017 to 2020.

According to Ochoa, the site possesses an extensive and exceptionally well-preserved archaeological assemblage of faunal material, which includes the remains of vertebrates, and shells, and molluscs, as well as an assemblage of lithic materials, also known as a collection of stone tools.

The two made the decision to do more excavations at the location in order to validate the dates that Kress had provided.

Due to the limited stratigraphic data available for Pilanduk, and the limitations of the radiocarbon dating method at the time of Kress’s excavation in the 1970s particularly for dating mollusc remains. In fact, it has the best preserved LGM archaeological record from any site in the Philippine archipelago. There are not many LGM sites in the Philippines because many are likely submerged underwater when the coastlines and the sea levels were much lower during the LGM.

The findings of the research have already been made available on the internet, and they will be printed in the issue of Antiquity, an international archaeology journal, that comes out in October 2022.

Following this, Ochoa and her colleagues expressed their grief over the demise of Kress on August 6 in the same statement.

“The archaeological work in Pilanduk Cave would not have been possible without the previous research of Jonathan Kress, who led the first excavation of the site in 1970. Jonathan passed away on 6 August 2022. The Pilanduk and Ille Cave teams remember him most fondly, especially for his joie de vivre and enthusiasm for field work, stone tools, and molluscs,” said Ochoa.

“He would share and recall the local names of various shell taxa, which were taught to him by the indigenous team he worked with. Engaging with students was important for him and he regaled us with exciting and adventurous stories about Palawan in the 1970s. We remember Jonathan as gentle, kind, patient, and full of wisdom,” she added.