Gene-Environment Interactions - Where Is The Gender In Behavior Genetics? 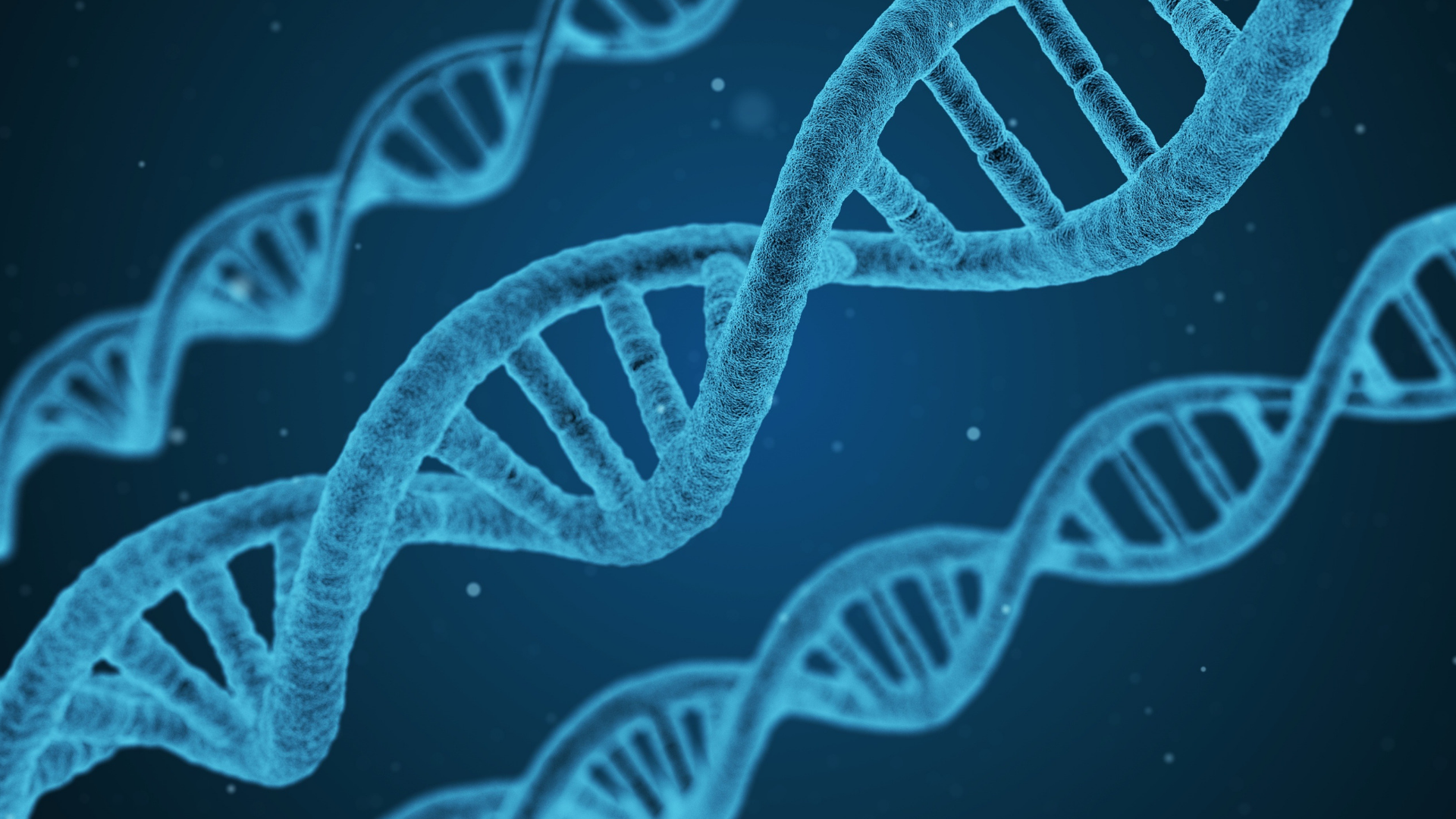 The growth of genetic data over the last ten years has made it possible to study the gene-environment interactions.

Nevertheless, despite the promise of a genomics revolution, G×E research hasn't met expectations for fresh epidemiological revelations and focused therapies.

Furthermore, results have been challenging to replicate, and some contend that even independent replication may not be sufficient to support the existence of genuine G×E effects.

Many researchers are still upbeat about the potential of an integrative paradigm that views G×E as a key step in disease pathways despite ongoing skepticism.

Failure to reproduce genetic associations, including G×E effects, does not inevitably mean that results are a coincidence.

Instead, it's possible that the replication issue is a result of a compound genetic architecture that is further hidden by a complex environment.

Even strong general G×E effects may be nearly impossible to detect in independent samples due to population differences in environmental effects or allele frequencies, as well as interactions between various genes and environments.

Gender issues have not received much attention in G×E research.

This persists despite findings that the most promising candidate genes for serious illnesses are frequently specific to either men or women, and despite strong, persistent gender differences in morbidity and mortality.

In the past, the term "sex," which is frequently used in G×E research, referred to biological and physical traits that have a genetic foundation in sex chromosomes.

But the concept of "gender" is a social construct that includes cultural norms, roles, and actions taken by men and women that influence their experiences and activities.

Social structures, institutions, policies, and norms in part limit the choices and opportunities available to men and women.

The underlying biological sexual dimorphisms are created, maintained, or intensified over time as a result of these restrictions on gender differences in health and behavior.

In real life, sex and gender frequently overlap meaningfully, leading to differences between men and women that are frequently hard to separate from a confluence of social and biological forces.

As a result, the theoretical dichotomy of sex and gender defines and reifies disciplinary boundaries, but it is rarely tenable when applied to illness and disease.

The term "gender" was used and primarily concentrated on social epidemiology in this article, leaving discussions of pure biological sexual dimorphism to other reviews.

This decision highlights the cumulative effects on men and women of living in a social world where such categories matter, without denying or diminishing the importance of biology.

Despite changes in the economy, politics, and ideologies that might have leveled the playing field for men and women, gender inequality persists in industrialized nations.

Gender inequality is constantly incorporated into emerging social structures in ways that affect health because people use gender as a primary framework for organizing social relations and, as a result, for defining their own behavior and sense of self.

Thus, gender is a persistent, fundamental social factor that contributes to disease.

A Framework For Gender-Inclusive Research In Behavior Genetics

Although the autosomal genomes of men and women are remarkably similar, there are distinct gender differences in gene regulation and expression.

Gender or other social statuses associated with systematic inequalities in risks and resources may condition G×E effects, despite the fact that such complexities are rarely modeled to reflect them.

In GE research, social environmental effects are almost always assumed to be uniform across gender groups, despite evidence of gender differences in social epidemiology.

Occupational and household differences expose men and women to different levels and types of environmental toxins.

In contrast, men are more likely to be victims of other violent crimes and workplace and military stressors.

There are important gender differences in access to protective resources as well.

Religion and social support activation are stronger in women than in men.

These patterns may result in insufficient variation on environmental risk and protective factors for men or women, making it difficult to identify a GE interaction without gender moderation.

Second, men and women can have different experiences in the same environment.

Being a custodial parent is linked to higher psychological distress in women but lower substance abuse in men.

Gender differences in parenting may explain these trends.

The majority of single parents are women, and this status is linked to poverty, unemployment, and other hardships.

Most mothers are the primary caregivers for their children, even in married couples, and do more multitasking, physical labor, and emotional parenting than fathers.

While both men and women benefit from parenting, women disproportionately bear the burdens, which may lead to gendered health-promoting or protecting functions.

In such cases, environments interact with genotype differently for men and women because they are experienced differently, resulting in a G×E that operates exclusively or more strongly in one gender group.

Third, men and women may react differently to similar events.

As measured by physiological and subjective responses, women are more reactive to stress than men, especially if stressors involve relationships.

Men are socialized to capitalize on heritable psychosocial resources like active coping, mastery, and self-esteem, making them more resilient to environmental stressors than women.

Understanding the timing and sequencing of gender moderation in epidemiological pathways is crucial for clinical translation and policy development.

Gender may moderate environments before endophenotypic expression by regulating gene expression as proteins.

If gender moderation occurs before endophenotypic expression, men and women with the same genetic and environmental profiles will have different endophenotypic outcomes.

Hormonal or other biological differences in gene regulation or phenotypic expression may cause gender-genotype interactions.

In this case, a G×E may be observed for only one gender group, but this is an artifact of sexual dimorphism through gene transcription or translation before an endophenotype or an unmitigated effect of gender after development of an endophenotype and before emergence of a phenotype.

To show how G×E×Gender pathways may affect disease outcomes, social and genetic epidemiology of substance was used.

In this case, gender moderation appears after endophenotypic expression, leading to different phenotypes in men and women.

The high-risk variant of GABRA2 increases risk for an impulsivity endophenotype associated with compulsive maladaptive behavior in response to heightened emotional states.

When people are in permissive or negative social groups, drug and alcohol use reflect genetic and endophenotypic variation (i.e. G×E).

Recent research suggests that these G×E patterns in alcoholism only affect men, a G×E×Gender effect.

Stigma and gender prescriptions discourage problematic drinking and drug use among women and mothers, reducing the GABRA2 effect on substance use.

To overcome doubts about G×E's reliability and feasibility, consider social theories of status and inequality.

Social categories that stratify people into different environments and shape their experiences have been largely ignored.

A comprehensive review of behavior genetics and social science literature should be conducted before data analysis to identify and hypothesize plausible G×E×Gender pathways.

Endophenotype, phenotype, and environmental variables should be carefully selected or constructed to reduce measurement error and increase power to detect significant relationships.

The presence of rGE and gender-moderated rGE (i.e. environments influenced genetically that produce different phenotypic outcomes in men and women) should also be examined.

A gene's DNA sequence or level of activity can occasionally be altered by the environment.

A gene's product proteins can be altered by either of these effects, which in turn has an impact on traits.

Some harmful environmental factors can change a gene's nucleotide sequence. For instance, DNA strands can be damaged by UV radiation.

Why Is The Gene-Environment Interaction Important To Public Health?

The public's health is significantly impacted by knowledge of gene-environment interactions.

It helps forecast disease incidence rates and serves as a foundation for wise advice on disease prevention.

One person may react differently to the same environmental exposure as another due to minute genetic variations.

Because of this, some people who are exposed to something in the environment may contract a disease, while others may not.

Why Are Genetics Important To Humans?

The study of genetics focuses on how particular genes or gene families affect both health and disease.

In order to better promote health and prevent disease, it is crucial to understand genetic factors and genetic disorders.

The proposed framework promotes a shift in genetic epidemiology toward research that accounts for social and biological processes in equal measure, highlighting the power of gender to moderate environmental and genetic influences.

The distinction between sex and gender has divided biology and social science for decades, creating an intellectual space for the study of hormonal and chromosomal sexual dimorphism and socially constructed difference and inequality.

However, relegating sex-specific biological differences between men and women has downplayed the contribution of culture and social inequality in creating those differences.

Gender frequently shapes both men and women's health and wellbeing through social and biological pathways.

Biological characteristics and processes interact with gendered social roles and relations to shape patterns of stress and other risk factors, differential access to health-improving resources, and the unique meanings of various structural positions and experiences for men and women.