Phosphorus - The Long-Term Use Of Phosphorus In Agriculture 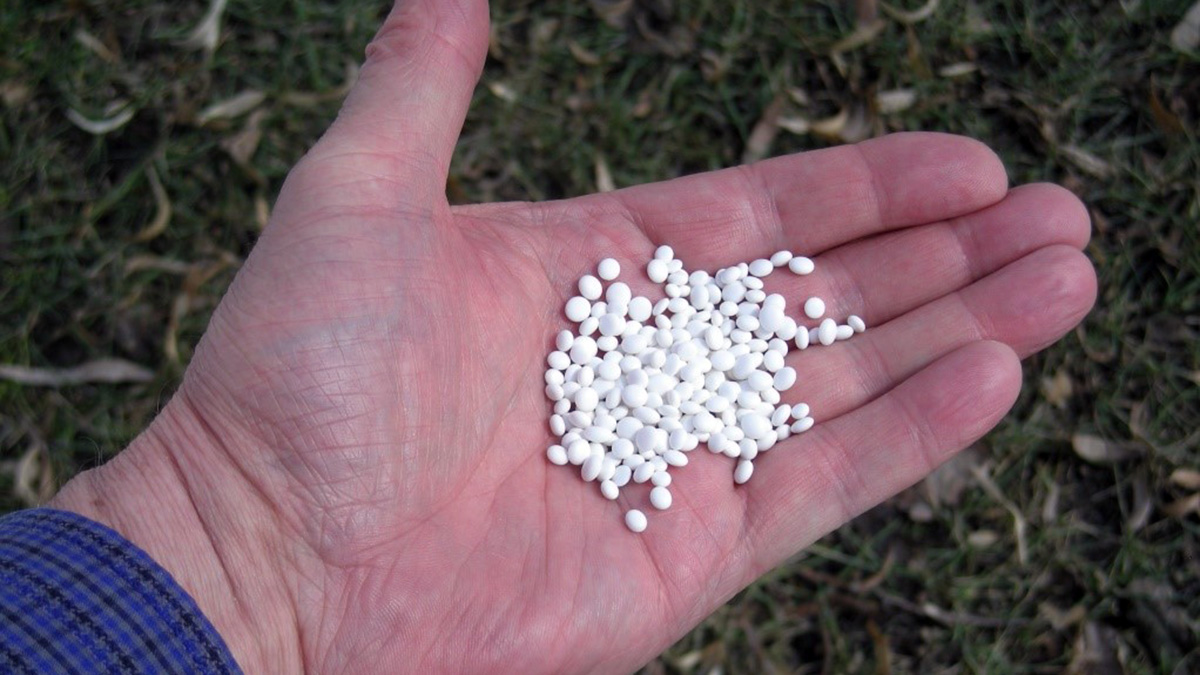 Phosphate fertilizers will still be necessary on the majority of agricultural land throughout the world to satisfy plant demand and combat the conflicting actions of phosphorus (P) sorption and immobilization on soil mineral surfaces.

How nutrients are used in agriculture determines how well crops grow and how much they produce, as well as how long crop production can continue.

Over the past few decades, the amount of phosphorus added to the soil by organic or mineral fertilizers has often made the soil too full of phosphorus. This has caused problems in the ecosystem and even bad interactions with other nutrients, like nitrogen.

The main environmental problem in these high-phosphorus soils is eutrophication of water. This happens when water-soluble phosphorus or sediments get into water bodies through runoff or erosion.

Phosphorus sustainability concerns more than just one element. The energy, water, and other resources used in the production cycle of phosphorus are also wasted when it is.

Additionally, phosphorus that ends up in water bodies has its own negative effects on the environment, most notably eutrophication. The greatest contributor to the eutrophication of lakes and rivers is excess phosphorus, which is mostly produced by intensive agriculture and horticulture.

Significant amounts of phosphorus that are linked to the soil can enter surface waters through soil erosion.

Why do we need phosphorus?

Cadmium is now the contaminant in phosphate fertilizers that needs the most attention, while other heavy metals might also require monitoring (until they are eliminated via decadmiation methods).

Cadmium cannot be easily removed from soil after it has been introduced, but it can travel and accumulate in plants. Sunflowers, colza, tobacco, and other plants have a propensity to accumulate higher levels of cadmium.

In Germany, places with sandy soil have reported uranium contamination of the soil and groundwater, primarily from natural background contamination but possibly aggravated by uranium in phosphate fertilizers.

In certain cases, this has had an impact on the processing of drinking water. Because of this contamination, there may need to be more safety measures and costs in the areas of drinking water and farming.

In crop production, efficiency means making sure that the soil has just enough plant-available phosphorus (the critical level) to meet the plant's needs at every stage of its growth, but not more.

Better Use Of Manure

The Nitrates Directive's application over the previous ten years has led to much improved manure management. Manure processing and turning the phosphorus-rich solid portion of processed manure into a marketable product outside of its region of production, where fields are frequently nutrient-rich, have seen a boom in interest.

Despite the fact that slurry manure initially has a water content of about 95%, processing can lower the amount of the solid fraction to around 30% of the original slurry manure. However, there are still a number of barriers to exporting processed manure, such as cost (transport, energy). Acceptance by receiving farms is still a problem as well.

Any decrease in food waste throughout the manufacturing and consuming processes would lessen the requirement to add fresh phosphorus from the rock supply to the system. The issue of food waste has been well investigated. In the EU, 180 kg of food is wasted per person annually.

In addition to reducing food waste, we could also put the food waste already produced to better use. Currently, a lot of biodegradable trash, including food waste, is burned, and the phosphorus in the ash is frequently not recycled.

Using biodegradable waste like compost, digestate, or ashes from green or kitchen trash could help recycle a lot of phosphorus and other nutrients.

Additionally, if correctly managed, a number of agricultural waste streams and food industry by-products might recycle large amounts of phosphorus. This approach has recently become less effective for certain of these resources due to public health issues and the measures required to address them.

Given that phosphorus is primarily concentrated in the bone structure, bone is one obvious example. While some meat and bone meal are burned and the ashes are used as fertilizer, a direct form of soil improvement, or in the production of phosphorus, the majority of the phosphorus is just wasted.

Even though waste from human use is unavoidable, there are several technologies that make it possible to recover phosphorus from waste water treatment facilities. With the establishment of multiple pilot projects and current commercial-scale operations in Western and Northern Europe, these techniques have advanced dramatically in recent years.

In every case, the agronomic quality of the product is important to make sure that the phosphorus is really available and being taken up by the plants.

In a long-term experiment fertilized with triple superphosphate (TSP) and reactive PR, both band-applied or broadcast under a conventional tillage (CT) or no-tillage (NT) regime, Nunes et al. investigated labile phosphorus content and root distribution in the soil profile and their effect on soybean and maize yield.

They saw that the soil disturbance in CT led to a more uniform distribution of soil phosphorus, but in NT there was a high depth gradient and a buildup of soil-available phosphorus in the application zone.

Contrary to maize, the management of phosphorus fertilization in CT had an impact on soybean grain yield, which generally performed worse than in NT.

Even in the worst case, where fertilizer was constantly spread on the surface of the soil, the shallow roots and stratification of the soil's available phosphorus did not affect nutrient uptake and crop yields very much.

They found that the residual legacy phosphorus from earlier fertilization episodes was sufficient to maintain soybean crop output in the first season, but that over time, in a ferralsol from central Brazil, a dose of >40 kg ha1 P2O5 was required to maintain soil phosphorus availability and soybean yield.

Additionally, they came to the conclusion that MAP and chicken litter-based organomineral fertilizers have comparable abilities to supply soybeans with phosphorus.

Soares et al. (filter cake) applied three phosphate sources (igneous PR, sedimentary PR, and TSP) alone or in combination with organic compost made in a sugarcane mill were examined by Soares et al. Over the course of 24 months, they examined the sugarcane output and soil residual phosphorus in southern Brazil.

Particularly when paired with TSP and sedimentary PR application, filter cake, as a source of nutrients and organic matter, provided a significant contribution to increasing the amount of phosphorus available for sugarcane uptake. These relationships had a positive impact on sugarcane PUE and crop production. In contrast to Brazil's volcanic PR, sedimentary PR and TSP did a better job of getting phosphorus to sugarcane.

Iwasaki et al. looked into the creation of fertilizers derived from local resources in order to build the best phosphorus fertilization methods in Burkina Faso for widespread use in Sub-Saharan Africa.

They compared TSP and single superphosphate (SSP) for the production of sorghum and cowpea with calcined phosphates and partially acidulated PRs throughout the course of a two-year trial. The PUE index was used to measure the effects of fertilization.

Sorghum's ability to respond to water constraints in 1 year was limited, whereas cowpea was able to do so due to its shorter growth season, with grain yields significantly increasing under any phosphorus fertilization and with a stronger response under soluble phosphorus sources.

They came to the conclusion that while partially acidulated PRs were successful in producing sorghum, they would only be successful in producing cowpea when the acidulation level was high enough to guarantee plant absorption. Sorghum's long growing season also helps it absorb slow-release phosphorus, but this benefit can be limited by how often and how much it rains in this area.

Mobilization Of Phosphorus By Microorganisms

Animal byproducts like meat and bone meal (MBM), for example, were examined by Jatana et al. as a source of phosphorus. They looked into the potential of two microbial inocula, arbuscular mycorrhizal fungi (AMF) and Penicillium bilaiae, in improving the mobilization of phosphorus from MBM and the subsequent phosphorus uptake by maize because more than 75% of the phosphorus in MBM is Ca-bound phosphorus (as hydroxyapatite), which has low bioavailability for plants.

Their intriguing results show that phosphorus-solubilizing microorganisms had the ability to mobilize phosphorus from resistant phosphorus fractions, whereas AMF could assist plants in mobilizing soil phosphorus that was not accessible to plant roots. With this mix of phosphorus, bilaiae, and AMF, maize will be able to take in more phosphorus and have a higher PUE.

WHAT is PHOSPHORUS and its role in PLANTS

Why Is Phosphorus Important For Plant Growth?

Plants' "energy unit," ATP, is made up of large parts of phosphorus. Phosphorus is a component of ATP, which is created during photosynthesis and is involved in all stages of plant growth, from the germination of seeds to the creation of grains and maturity. Phosphorus is therefore crucial for the general well-being and vitality of all plants.

Why Is Phosphorus Important For Soil?

The main function of phosphorus in a plant is to transport and store energy from photosynthesis for use in growth and reproduction. The soil cycles phosphorus in a number of different ways. A sufficient dose of phosphorus encourages tillering, stimulates root growth, and speeds up maturity.

Is Phosphorus Important In Fertilizer?

When phosphorus is added to phosphorus-deficient soil, it encourages root development and winter hardiness, stimulates tillering, and frequently accelerates maturity. This element is found in nature and is needed in large amounts for plants to grow. It is also found in fertilizers.

Where Does The Phosphorus Come From In Agriculture?

Recently, the magnitude of the world's phosphorus resources has emerged as one of the primary causes for concern. The worldwide supply of phosphorus is the least abundant of all the elements that are necessary in high concentrations for living cells to function properly.

A few years ago, it was estimated that, based on the rates of extraction that were in place at the time, the commercially mineable reserve of PR would be depleted in sixty to one hundred years.

A recent reevaluation implies that, assuming there is no change in demand, PR reserves that may be exploited may continue to be available for another 300–400 years. These predictions show how important it is to use phosphorus wisely and recycle it so that the supply and demand cycle can go full circle.