The Taxus wallichiana Zucc., (Himalayan Yew) is a small to medium-sized evergreen tree that reaches heights of 10 to 20 meters. In exceptional cases, it can grow up to 28 m tall. Flat, deep green leaves with a spiral arrangement are present on the stem.

T. wallichiana is found to have a wide growth range in Asia, extending from Afghanistan through the Himalayas to the Philippines, depending on taxonomic treatment.

Afghanistan, Bhutan, China, India, Indonesia, Malaysia, Myanmar, Nepal, Pakistan, Philippines, and Vietnam are among the countries where it is grown.

Traditional uses of this plant include the management of excruciating inflammatory diseases and high fevers. To treat indigestion and epilepsy, this plant's leaves are used to make herbal tea.

There have been reports of immunomodulatory, antibacterial, antifungal, analgesic, anti-pyretic, and anticonvulsant activities for T. wallichiana in previously published literature.

The drug Zarnab, which is prescribed as a sedative, aphrodisiac, and a treatment for bronchitis, asthma, epilepsy, snake bites, and scorpion stings, is made in India from extracts from the plant's bark and leaves.

The bark extract of T. wallichiana was used to isolate tasumatrol B, 1,13-diacetyl-10-deacetylbaccatin III, and 4-deacetylbaccatin III. Analgesic and anti-inflammatory properties were evaluated for each compound. All of the substances, but particularly tasumatrol B, demonstrated notable analgesic activity. In this instance, the well-known acetic acid-induced abdominal writhing model—a visceral pain model—was applied. Arachidonic acid is released by acetic acid through the prostaglandin and cyclooxygenase biosynthetic pathways. Thus, acetic acid is important for nociception. Due to their inhibitory effect on the biosynthesis of arachidonic acid metabolites, high doses of T. wallichiana were found to produce significant analgesia.

Another chemical found in the T. wallichiana bark extract is called taxusabietane A. Using the carrageenan-induced paw oedema model and the lipoxygenase inhibition assay, it was examined for its anti-inflammatory effects both in vitro and in vivo. With an IC50 (half maximal inhibitory concentration) value of 57 ± 0.31 μM, the results showed significant lipoxygenase inhibitory activity. An IC50 value of 22.1 ± 0.03 μM was found for the common substance baicalein. Taxusabietane A demonstrated significant anti-inflammatory activity when produced by carrageenan (at doses of 5 mg/kg and 10 mg/kg).

These results showed that T. wallichiana had the potential to be investigated further as a new lead for the treatment of inflammation and pain.

According to a review of the literature, little has been written about the anti-bacterial and anti-fungal properties of T. wallichiana. However, using the hole diffusion and macro-dilution techniques, Nisar et al. tested methanol extracts of the leaf, bark, and heartwood of T. wallichiana against six bacterial and six fungal strains. All extracts and fractions exhibited strong anti-microbial properties. The bioactive taxoids taxol and related from T. wallichiana may be the cause of the antimicrobial effects seen. The presence of alkaloids, phenols, polyphenols, saponins, tannins, anthraquinones, steroids, and particularly diterpenes in the extract may also be responsible for these effects. These groups of phytochemicals and families of natural products are well known for their antimicrobial properties.

To establish the scientific foundation for T. wallichiana's use as an anti-convulsant and anti-pyretic drug, Nisar et al. conducted a study. They discovered that the plant extract prevented mice from experiencing convulsions caused by pentylenetetrazol. They demonstrated that intraperitoneal doses of the extract at 100 mg/kg and 200 mg/kg significantly (p 0.05) inhibited mioclonus and clonus, but that the inhibition of tonus and hind limb tonic extension was much more significant (p < 0.01). The GABAA agonist diazepam, a potent anti-epileptic drug, was used to compare the anti-convulsant effects of T. wallichiana with its ability to prevent seizures brought on by pentylenetetrazole. Future research examining the mechanisms of action of the T. wallichiana extract and/or its constituents may focus on the benzodiazepine site in the GABAA receptor and T-type Ca[2+] currents.

Alkaloids, phenols, polyphenols, saponins, tannins, anthraquinones, steroids, and especially diterpenes (also known as taxoids), which are present in the crude extract, may be responsible for the anti-nociceptive and anti-pyretic effects overall.

The chemical components obtained from various parts of T. wallichiana were subjected to systematic studies by Chattopadhyay et al. Five of the taxoids they isolated and identified were brand-new molecules. Taxoids come in a variety of structural types. From the plant's heartwood, they isolated three lignans that were found to have anti-cancer properties. These three lignans have been identified by their spectral properties as taxiresinol 1, isotaxiresinol 2, and secoisolariciresinol 3. Among these substances, taxiresinol 1 in its absolute form exhibited noteworthy in vitro anti-cancer activity against colon, liver, ovarian, and breast cancer cell lines.

What Are The Medicinal Uses Of Himalayan Yew?

The native populations have used it to treat common colds, coughs, fevers, and pain. Ayurveda and Unani medicine both outline its applications. It has gained attention recently because taxol, a potent anticancer drug, was discovered to be primarily found in the leaves and bark of this plant.

What Is The Importance Of Himalayan Yew? 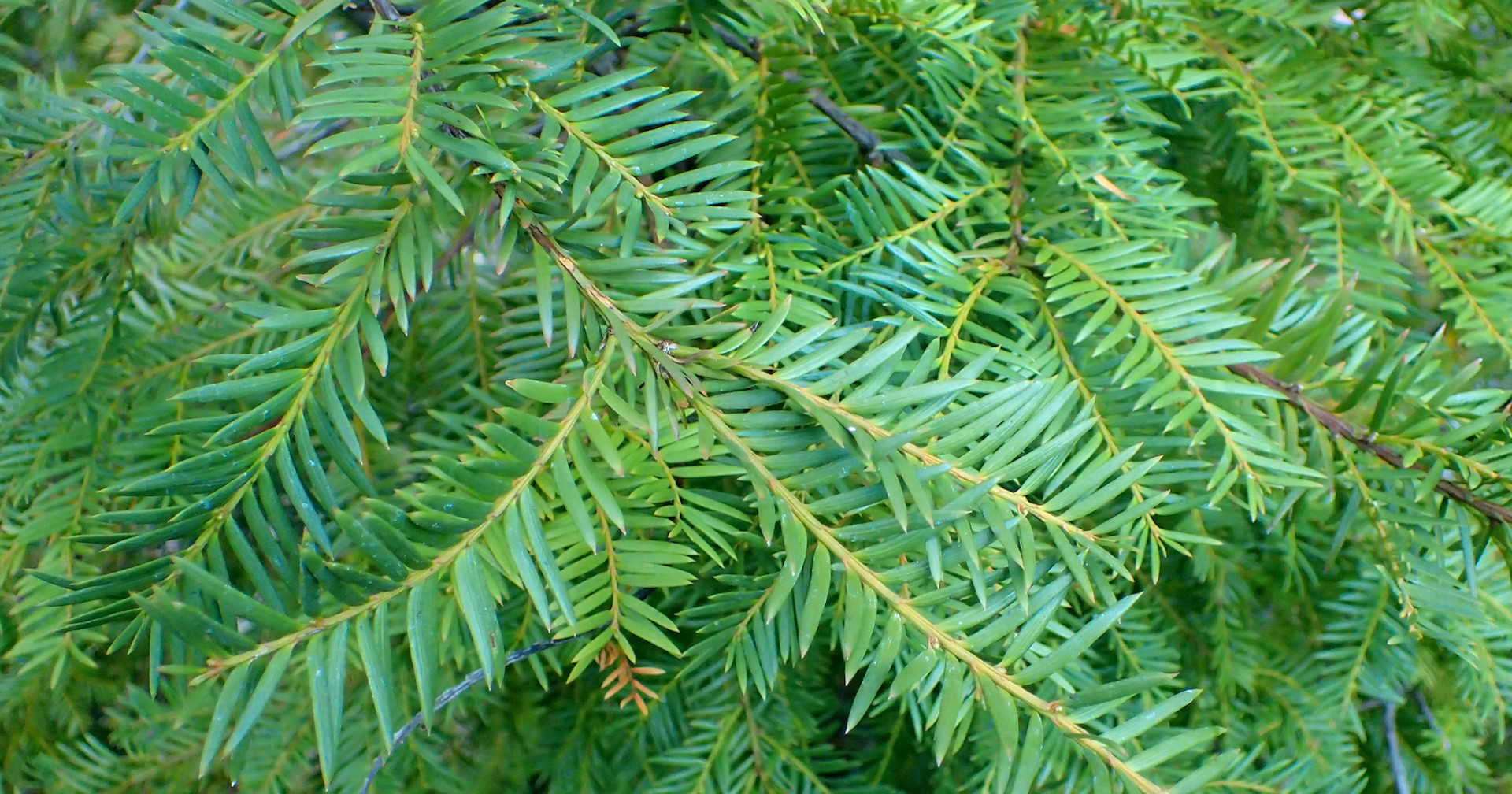 Branches of the Himalayan Yew tree without its fruits

What Are The Benefits Of The Yew Tree?

Yew is a tree. Medicine is made from the bark, branch tips, and needles. Yew is prescribed to treat liver disorders, tapeworms, swollen tonsils (tonsillitis), epilepsy, rheumatism, urinary tract problems, and diphtheria despite serious safety concerns.

In contrast to popular belief, the Himalayan Yew is not poisonous like its relatives the European Yew. The bark, roots, and seeds of the tree are some of the parts that should not be eaten.

In this insightful review, various biological activities of the isolated lignans from T. wallichiana have been compiled. Using tried-and-true techniques, these lignans had a variety of biological effects. Their high activity was discovered, particularly as analgesic, anti-inflammatory, anti-fungal, anti-bacterial, anti-convulsant, antipyretic, and anti-cancer agents. Further research should be done on these lignans in order to create safe agents that can be used in contemporary therapy. To better understand these lignans' potential role in human physiology, more research should be done to determine how they function.