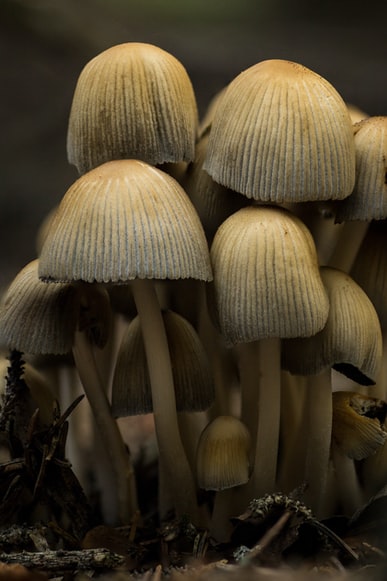 Fungi for humans has many dimensions that can be explored. Fungi are usually thought to be harmful; nonetheless, they are found throughout our environment and play a crucial role in human existence on many levels.

They have various positive impacts on hosts, including delivering nutrients to creatures, collaborating with plants to enhance absorption, and providing antibiotics and antiviral drugs for people. They also cause sickness and rot food.

As we have seen, they have a significant impact on the well-being of human populations since they are part of the nutrient cycle in ecosystems. They also play different functions in the environment. Fungi, as animal pathogens, aid in the control of pest populations.

The biggest living thing on the planet today is a honey fungus found in the Blue Mountains of Oregon that is 2.4 miles (3.8 kilometres) in circumference. Fungi are the keystone organisms that connect every aspect of life on our planet, and they are found everywhere.

Students will understand the profound impact that these ancient and often overlooked organisms have had on our health, society and environment. They will also get a brief glimpse into the Fungal Queendom from the perspectives of ecology, anthropology, pharmacology and bioremediation.

Stephen Axford: How fungi changed my view of the world

Fungi As Driver Of Life On Earth

Fungi were among the first complex life forms on land, mining rocks for mineral nourishment and gradually transforming them into the soil. In the Late Ordovician era, they formed a symbiotic relationship with the earliest plants, liverworts. The fungi supplied essential minerals to land plants, allowing them to spread and turn the planet green, altering the atmosphere's composition.

An asteroid strike roughly 65 million years ago would have wiped out 70% of all life on Earth. But it wouldn't all happen at once. Because of the lack of sunlight that resulted from the asteroid impact, plant life that did not die on impact began to decay quickly, allowing fungi to spread soon.

When this occurred, mammals gained an essential advantage over cold-blooded reptiles, then the planet's dominant life forms. Those surviving mammals are the ancestors of all mammals on the earth today, from civet cats to water buffalo to us.

Without fungi to aid in decomposition, the forest's life would soon be buried beneath a mountain of dead plant matter. It is the process by which everything is reborn. As a result, the entire web of life is linked, and it is linked through fungi. Fungi consume death and thus generate new life.

Importance Of Fungi In Nature

Our globe is visibly dominated by animals and plants now, yet this world would not exist without fungus. Fungi are abundant in the soil and air, lakes, rivers, oceans, on and among plants and animals, food and clothes, and the human body. Fungi play an essential part in environmental equilibrium.

Fungi play an indispensable role in these settings as decomposers and recyclers, allowing members of the other kingdoms to be fed and live. Without creatures that break down organic stuff, the food chain would be incomplete. Saprotrophic fungi are primarily responsible for organic matter breakdown.

They are also in charge of the degradation and decomposition of food. Fungi that destroy timber and timber products as their mycelia invade and digest the wood are other destructive saprotrophs. Some fungi aid in the growth of trees and other plants.

The roots absorb the water and nutrients provided by the fungus, and in exchange, the trees and other plants provide the fungi with sugars produced during photosynthesis.

Importance Of Fungi In Human Life

Fungi have a crucial role in human life. Fungi, as food, serve a part in human nutrition as mushrooms and fermentation agents in the creation of bread, cheeses, alcoholic drinks, and a variety of other food preparations.

Fungi secondary metabolites, including antibiotics and anticoagulants, are employed in medicine. Penicillin, produced by the sac fungus Penicillium, is used as an antibiotic. Fungi are also responsible for allergy medicines and cortisol.

Yeast, which is needed to make bread and wine and bleu cheese and yoghurt, contains healthy fungi. Fungi are used as model organisms to study eukaryotic genetics and metabolism.

Because fungus can create a wide range of extracellular enzymes, they may break down many types of organic matter, decompose soil components, and manage the carbon and nutrient balance to preserve soil health.

To sum up, Fungi have been known to humans in some form since the first loaf of leavened bread was made, and the first container of grapes must be converted into wine.

The devastation of fungus in agriculture was well known to ancient peoples, who ascribed these illnesses to the anger of the gods.

The Romans worshipped a specific deity, Robigus, as the god of rust and held an annual festival in his honour, the Robigalia, to please him. So service of fungi for humans is an undeniable fact.