Retrograde 2022 - Its Meaning And What Does Happen When Retrograde?

Retrograde 2022 will guide you through determining which planet will begin its retrograde motion in the year 2022, on what day and in which zodiac sign, and when their retrograde motion will be completed, and they will be back on their direct course.

Every planet will go retrograde at some time. Except for Venus and Mars, all planets undergo annual retrograde cycles.

When a planet or body (such as an asteroid) seems to be traveling back across the zodiac, it is said to be retrograde. It's not genuinely going backward. It simply appears to be that way. The planets' normal movement is forward, so when they seem to go backward, the energy of that planet is released.

Some retrogrades seem more severe than others and have a reputation for them. Mercury retrograde is the first of them, and it is during these retrogrades we face all kinds of technological and communication challenges (ruled by Mercury).

Mercury retrograde occurs 3-4 times each year for around three weeks. The Mercury retrogrades of 2022 will occur four times, beginning in the air signs (Aquarius, Gemini, and Libra) and progressing to the earth signs (Taurus, Virgo, and Capricorn), where they will remain for the following several years.

We were spared Mars retrograde in 2021, but not in 2022, when Mars retrogrades in Gemini for the year's final two months, disrupting communication and expression. The year begins and concludes unusually!

Jupiter, Saturn, Uranus, Neptune, Pluto, and Chiron go retrograde yearly. Because of this, their retrogrades tend to be fainter unless they are the natural governing planets of your Sun, Moon, or rising sign. 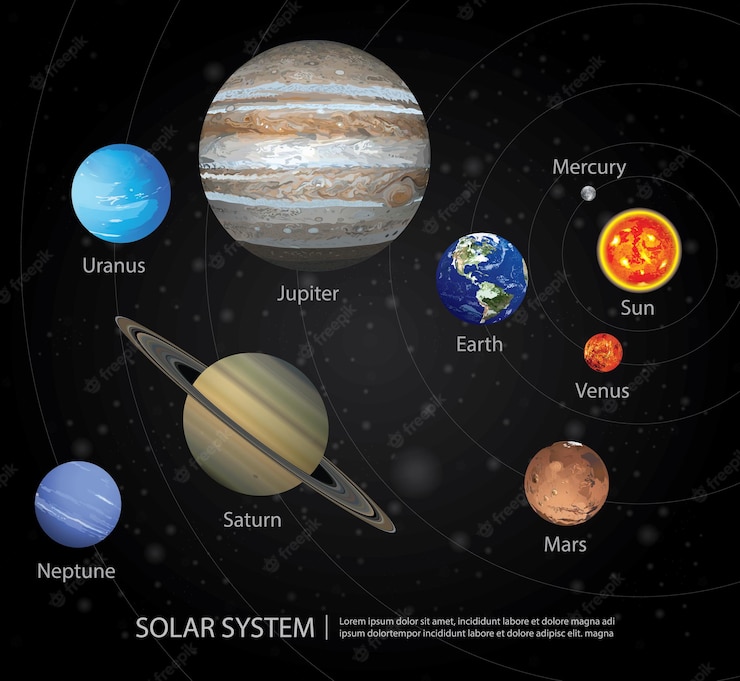 Visual illustration of the solar system and our planets

The only two bodies that never go backward in their orbit are the Sun and the Moon.

What Are Mercury Retrograde And Its Effects?

Mercury's third retrograde of 2022 began on September 9 and will finish on October 2. Mercury is the planet of communication, so when it goes backward, it could be to blame for anything from technical problems to misunderstandings between people.

Three or four times a year, Mercury seems to reverse direction in the zodiac, stopping its onward motion. However, astrologers' ephemerides depict Mercury as retrograde even though the planet is not indeed traveling backward in space. Planets seem retrograde as they move seemingly back across the sky.

You may have heard that gadgets are more likely to malfunction during the Mercury retrograde phase because of the planet's proximity to all forms of communication.

Gat thinks there are benefits to braving the stormy Mercury retrograde phase, even if it may seem like a reason to stay indoors and lock the doors. This may also be an excellent opportunity for reflection and a slower pace of life in general. During this period, people may be more forgetful and rediscover lost items.

Recollections of past discussions and the reappearance of forgotten communications are both possible. When life seems "upside down," remember that a 180-degree shift may be just what you need.

Although nine planets are acknowledged in Vedic astrology, only seven are believed to be the primary planets due to their direct seating. The other two, Rahu and Ketu, are considered shadow planets. Huh. Simply, said, there is a mathematically defined point of intersection.

Both Rahu and Ketu are always retrograde, but neither the Sun nor the Moon ever is. In addition, the other five planets—Mars, Mercury, Jupiter, Venus, and Saturn—also go back and forth between their course and retrograde states, each of which may have a wide range of effects on life.

Because in its retrograde system, a planet boosts its fruit-bearing capacity and gains effort power, allowing it to travel towards other planets moving at average speeds, the retrograde shape of any planet is regarded as highly essential.

Even though their orbits are always the same, the faster planet always looks to be going backward when it passes the slower planet. This is because they are in a condition of retrograde motion, analogous to a train moving in one direction at a higher speed than another train moving in the same direction but at a lower speed.

All this information is relevant because it reveals how the planetary configurations will influence the native during his Dasha and transit, for better or worse.

The retrograde planets calendar for 2022 will tell you when each planet will be in this phase, what effects you may expect from it, and the associated cure. You'll benefit from this, and the harmful effects of the planet in retrograde will weaken as the good ones get stronger.

How Do You Deal With Mercury In Retrograde 2022?

It's easy to go through Mercury retrograde if you take a few precautions: proofread everything, choose your words carefully, avoid signing contracts (or examine them well), back up your data, and prepare for travel problems.

What Signs Does The Mercury Retrograde Affect 2021?

Aries (the cardinal fire sign), Cancer (the cardinal water sign), and Capricorn (the Sagittarius sign) are the zodiac signs that will feel the most impact from this Mercury retrograde (cardinal earth).

What Planets Will Be In Retrograde In 2022?

Mercury, Jupiter, Saturn, Uranus, Neptune, and Pluto retrograde between September 10 and October 2, 2022. However, there's no need to panic and hole up in your condo since not every retrograde has the same bad connotation as Mercury.

What Does It Mean That Mercury Is In Retrograde 2022?

This was Mercury's third retrograde of 2022, which occurred on September 9. From technical glitches to interpersonal misunderstandings, Mercury in retrograde may be blamed for everything during this period (which ends on October 2).

The retrograde and direct motion of the planets is of great significance in astrology. It is also critical to understand any planet's effects in retrograde motion.

With the help of a retrograde calendar, you can learn which signs a planet will be in throughout its retrograde and direct phases and which sign it will be in when it returns from retrograde. This information is critical for making accurate predictions about a person's future.