Walmart Manager Kills 6 Workers And Himself In Chesapeake Shooting 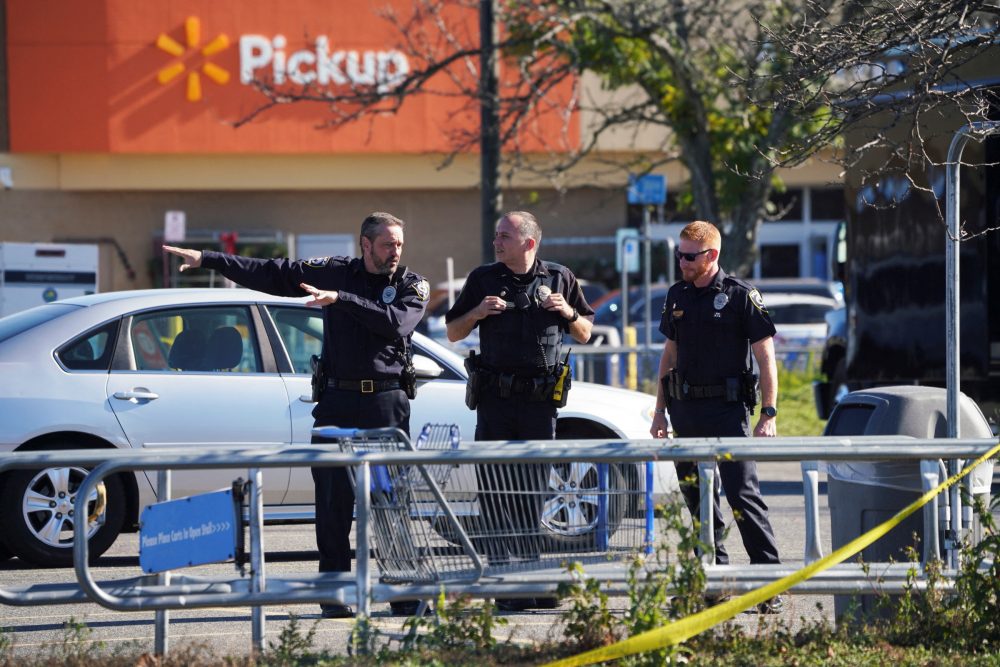 Walmart manager kills 6 workers and himself in Chesapeake shooting according to an eyewitness. The shooting occurred late on Tuesday, Nov 3, at a Walmart Inc. store in Virginia as the manager went into a break room and opened fire on other employees before turning the gun on himself. Seven people died in the latest mass shooting in the United States.

Briana Tyler, a Walmart worker, told ABC's "Good Morning America" that the gunman, identified as Andre Bing, 31, of Chesapeake, Virginia, didn't say anything before he started shooting at the workers who had gathered before their shifts.

The city said that he was armed with one handgun and had multiple magazines of ammunition.

Walmart said in a statement that Bing had been working there as an "overnight team lead" since 2010.

Police said in a news release that authorities were trying to find more witnesses to the violence and were also looking into the shooter's past to find out what could have led to the attack.

Police say that at least 50 people were in the Walmart when the fight started. Some of them have started telling people in public how a quiet night turned into a terrible tragedy.

Chesapeake Police Chief Mark Solesky said at a news conference that at least four people were hurt in the shooting. He didn't say what might have caused the shooting, but he did say that the suspect shot himself and died.

The violence is yet another mass shooting in a place like a school, hospital, or store that is usually thought to be safe.

This month, a 22-year-old student at the University of Virginia in Charlottesville is said to have opened fire on other students, killing three of them on a bus coming back from a field trip to Washington, DC. This happened just 170 miles west of Chesapeake.

Five people were killed and 19 others were hurt last weekend when a 22-year-old man opened fire at an LGBTQ nightclub in Colorado Springs, Colorado.

The Gun Violence Archive says that there have been more than 600 mass shootings in the US so far this year. Both the non-profit and CNN agree that a mass shooting is when four or more people, not including the shooter, are shot.

At 10:12 p.m. on Tuesday, the killing spree began, less than an hour before the Walmart Supercenter was supposed to close.

Kevin Harper, another worker, said that a coworker came into the break room and started shooting.

Harper said in a Facebook Live video, “I just left out the breakroom … (the gunman) starts cappin’ people up in there,” His Facebook page no longer has the video, but it has been shared again on social media.

Harper said, “He came in there and just started spraying.” “I’m sorry for the victims.”

7 dead, including shooter, after Walmart shooting in Chesapeake

Chesapeake Police Chief Mark Solesky said that four people who were hurt in the shooting were still in the hospital as of Wednesday morning. Dr. Michael Hooper, vice president and chief medical officer at Sentara Norfolk General Hospital, said that at least two people were in very bad shape.

Chesapeake police said that investigators went through the store overnight and into Wednesday to look for victims or people who might have been hiding.

The city of Chesapeake tweeted, “Three individuals, including the shooter, were located deceased in the break room of the store.”

Betsy Umphlett, Joetta Jeffery's mother, sent her a text message from inside the store telling her that bullets were flying.

Jeffery said that her mother is not hurt, but that the tragedy has left her very upset.

At the Chesapeake Conference Center, a center was set up to help families find out what happened to their loved ones who were at the store. Officials from the city have asked that only family members or people who can help in an emergency go to the center.

John Furner, the president and CEO of Walmart US, said that the mass shooting in Chesapeake was especially sad because the shooter was one of the store's own employees.

Furner said in a statement:

We feel tragedies like this personally and deeply. But this one is especially painful as we have learned the gunman was a Walmart associate. The entire Walmart family is heartbroken. Our hearts and prayers are with those impacted, and we are grateful for the actions of first responders.”

The FBI's Norfolk office said that the agency is helping the Chesapeake Police Department with the investigation.

On Wednesday, U.S. President Joe Biden said that the shooting was "yet another horrific and senseless act of violence," He also promised that any federal resources needed to help with the investigation would be made available.