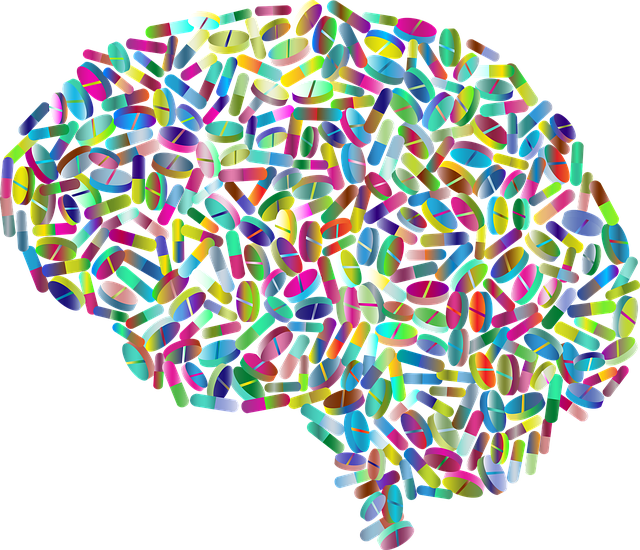 The brain is the most intricate organ in the human body. The brain is responsible for the management of our essential body functions, the interpretation and response to our experiences, and the definition of our behaviour. Essentially, our brain is all that we think, feel, and are. The brain is usually compared to an extremely intricate computer, and this is not without reason. The brain is made up of billions of neurons, which are organised into circuits and networks through their connections with one another. Each neuron is responsible for controlling the flow of information. When a neuron receives enough signals from other neurons in the circuit, it activates and sends its own signal to the other neurons in the circuit.

The brain is made up of a large number of interconnected circuits. Various brain circuits work together to coordinate and perform certain functions. Neuronal networks interact with one another as well as with other parts of the brain, spinal cord, and body nerves. They also communicate with other neurons (the peripheral nervous system). A neuron communicates with another neuron by releasing a neurotransmitter into the gap (or synapse) between the two neurons. It goes across the synaptic gap and attaches to receptors on the receiving neuron as it arrives. This has an impact on the receiving cell. Other molecules, known as transporters, recycle neurotransmitters, therefore reducing or even shutting down communication between neurons.

A chemical that alters a person's mental or physical condition is referred to as a drug. They have the potential to alter the way your brain functions, how you feel and act, as well as your comprehension and perceptions. As a result, they are unpredictable and potentially harmful, especially to children and teenagers. The effects of medicines vary from person to person and from substance to drug.

Drugs are derived from a variety of sources. Cannabis, mushrooms, tobacco, and other plant-based products are examples. Alcohol and heroin are examples of processed plant products. Ecstasy and amphetamines are examples of synthetic substances.

Drugs affect the manner neurons use neurotransmitters to send, receive, and process messages. Because their chemical structure resembles that of a natural neurotransmitter in the body, some drugs, such as marijuana and heroin, can activate neurons. This permits the medications to bind to the neurons and activate them. Although these medications are designed to replicate the brain's natural chemicals, they do not stimulate neurons in the same manner that natural neurotransmitters do, resulting in aberrant messages being transmitted across the network.Other drugs, such as amphetamine or cocaine, can cause neurons to release unusually high amounts of endogenous neurotransmitters or interfere with transporters, preventing regular recycling of these brain chemicals. This, too, increases or disturbs normal neuronal communication.

These drugs activate dopamine receptors in the brain. These chemicals change the limbic system in the brain, promoting behaviours. According to ASAM, roughly a quarter of heroin users will develop opioid addiction. The body becomes acclimated to an opioid's effects on the brain with repeated use. Take more to attain the desired results. The brain then fails to function as it did before to the opioid, leading dopamine levels to decline. Opioids are CNS depressants that block natural norepinephrine production. Analgesics reduce pain, body heat, and decrease heart rate and respiration. Opioid overdose causes severe respiratory depression and mortality. Chronic heroin use may also degrade brain white matter, impacting stress response, emotion regulation, and decision-making.

Substances like cocaine, methamphetamine, and Adderall (amphetamine/dextroamphetamine) and Ritalin are stimulants (methylphenidate). The implication is that they boost energy and alertness while lowering heart rate, body temperature, and blood pressure. They also satiate. Coke or meth usage releases a lot of dopamine into the brain. Because the euphoria is usually transitory, cocaine is commonly abused in a binge-style. Unhappiness and irritability are common after a stimulant high, as is sadness and intense wants. The dopamine and limbic reward system effects of stimulants are extremely addictive. Regular cocaine usage can induce psychosis, CNS damage, cardiac arrhythmias and sudden cardiac death. Meth has similar effects on the brain and nervous system, causing hallucinations, anxiety, and confusion. Meth also alters the brain's dopamine system, affecting memory and learning.

Ecstasy (or Molly) is a popular club and psychoactive drug. It is a stimulant and hallucinogen that binds to serotonin transporters in the brain. After around an hour, ecstasy enhances serotonin, norepinephrine, and dopamine activity, Ecstasy enhances and distorts the senses, increases energy, reduces worry, and increases pleasure. Ecstasy increases heart rate, body temperature, and blood pressure. Seizures and hyperthermia are possible adverse effects of ecstasy misuse and/or overdose. Ecstasy is frequently mixed with alcohol or other drugs, or “cut” with harmful chemicals.

Hallucinogens are categorised into two types: classic (LSD, peyote, psilocybin, DMT, Ayahuasca) and dissociative (PCP, salvia, DXM, ketamine). It is unknown exactly how these medications function in the brain, although it is widely accepted that they disrupt normal neurotransmitter signalling. Dissociative medications are thought to interfere with glutamate, a brain neurotransmitter involved in memory, cognition, emotions, and pain perception. NIDA says PCP interacts with dopamine while salvia stimulates the kappa opioid receptor on nerve cells. A dissociative substance can make a person feel cut off from reality. Anxiety, numbness, and bodily tremors might come from decreased motor capabilities, auditory and visual abnormalities.

Drugs work with the brain and body to change moods, emotions, and behaviours via altering brain chemistry and perceptions, as well as influencing how people interact with the environment around them. The central nervous system and autonomic functions critical for survival, such as blood pressure, breathing, heart rate, and body temperature, may be slowed or sped up by mind-altering medications. Drug usage also affects the levels of certain of the brain's chemical messengers, or neurotransmitters.