Human Aquaporins - Their Effect On Infectious And Non-infectious Diseases 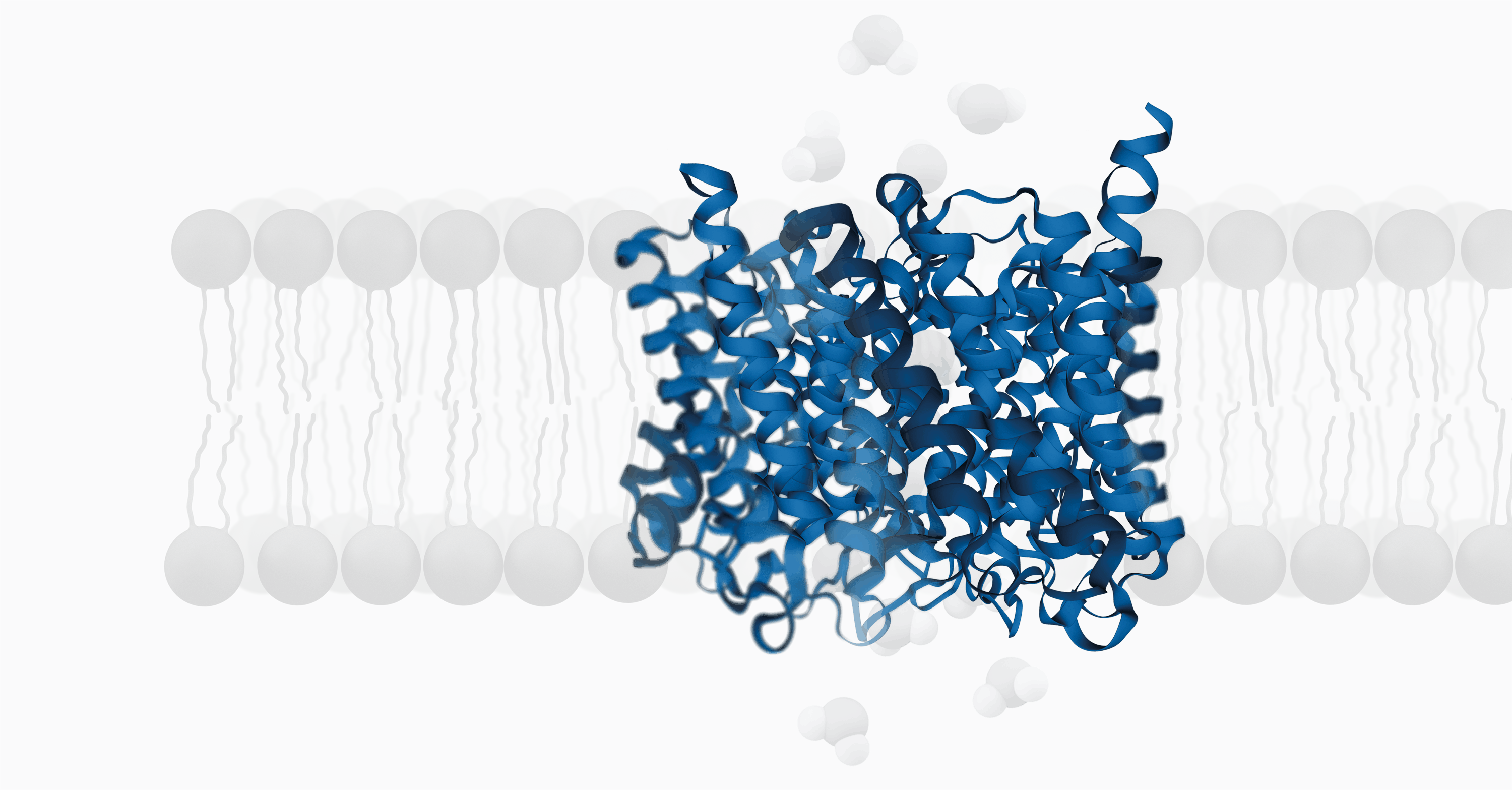 Human aquaporins are integral membrane proteins that make channels and are found in all living things, like bacteria and chlorella viruses.

Aquaporins (AQPs) are proteins that allow water and other small solutes to move through cell membranes. They are also involved in cell trafficking and a number of other physiological functions.

Growing evidence suggests that they may be involved in cell volume regulating processes linked with a variety of non-infectious illnesses. As a result, AQPs have emerged as a possible therapeutic target in clinical medicine.

Much research and reviews have been published on the role of AQPs and their regulation in non-infectious illnesses.

However, few investigations into AQPs in infectious illnesses have been conducted, despite advances in plant-pathogen interactions involving AQPs.

Infectious diseases, which are illnesses caused by bacteria, viruses, fungi, or parasites, are among the leading causes of morbidity and death in people all over the globe.

Despite differing amino acid sequences, AQPs have a highly conserved tetrameric structure; each subunit functions as a channel. The tetramer's core forms a fifth pore.

The canal has two bottlenecks. The first constriction is created by two proton-excluding Asn-Pro-Ala (NPA) motifs on loops B and E. Both NPA motifs extend into the membrane and create the seventh pseudo TM helix.

All AQPs have the same core structure, but their loops and N and C ends are different, which shows that they have different functional and/or regulatory roles.

AQP1 is found in primary sensory neurons and may affect pain perception. AQP4 is present in astrocyte cell membranes, ependymal cells, and hypothalamic osmosensory regions. Eight of thirteen human AQPs are in the eye (AQP0, 1, 3, 4, 5, 7, 9, and 11).

AQP3 is involved in the growth and movement of epidermal cells. AQP1 controls the flow of water between the blood and dermis to keep the skin hydrated. AQP5, which is found in the epical and basolateral membranes of sweat glands, is involved in the secretion of water. AQP7 releases glycerol from adipocytes to make energy, and AQP9 moves glycerol, urea, and H2O2

AQPs have critical physiological roles in humans, but mutations, malfunctions, and dysregulation cause many serious disorders. Transcellular water transport is set up by the number and activity of AQPs in cell membranes. Water molecules move along the osmotic gradient.

Aquaporins are produced, inserted into the endoplasmic reticulum membrane, and localized to the target membrane through the Sec61 translocon. To maintain nutritional homeostasis in cells, their activity in the target membrane must be adequately controlled.

AQPs have many cellular and organ roles in humans. Some AQPs reside in intracellular vesicles but may go to PM. As a result of vasopressin and cAMP, AQP2 and AQP8 move from vesicles inside the cell to the PM.

AQP8 and 9 were found in the mitochondrial membrane. AQP trafficking targets PM for breakdown or recycling in the endosome.

Pathogenic bacteria, fungi, viruses, and parasites may cause systemic infections. Sepsis, the leading cause of death, is a clinical phenomenon that results from a local infection with an inflammatory response and has negative effects on the entire body, including organ malfunction.

Sepsis with two or more SIRS increases subsequent infection risk. Local and systemic infections may change how AQPs are expressed and how they work to keep cells and tissues in balance.

Bacteremia or septicemia occurs when bacteria move into the circulation after infecting the skin, lungs, etc. This is dangerous because the bacteria's poisons may spread throughout the body through the bloodstream. Bacteria produce endotoxins and exotoxins that cause sepsis and death.

In human primary bronchial epithelial cells, LPS lowered AQP5, but not AQP3 or AQP4. Expression of AQP1 in the kidneys and heart may protect mice from AKI and cardiac hypertrophy caused by LPS and endotoxemia.

Parasite taxa include protozoa, helminths, and arthropods. Leishmania, Plasmodium, and Toxoplasma are the most significant human protozoan parasites globally.

Parasites cause sickness or death in their hosts. The Plasmodium parasite infects erythrocytes via passing through liver hepatocytes. In the liver stage, the parasite matures into a merozoite and enters the bloodstream, causing malaria.

The PVM is needed for Plasmodium to grow. AQP3, which was found in the PVM, brought water and glycerol to Plasmodium and was needed for the parasite to grow in hepatoma cells.

AQP3 is recruited to the PVM in liver-stage P. berghei schizonts and blood-stage P. falciparum and P. vivax schizonts, and is assumed to enhance water or nutrition transfer between the parasites and the host cell. Infected hepatocytes showed considerably higher AQP3 expression than uninfected ones.

Involvement Of Aquaporins In Non-Infectious Diseases

Astrocytomas are infiltrating brain tumors that grow from astrocytes; the most aggressive grade IV is called glioblastoma. AQP1, 4, and 9 are highly expressed in human astrocytomas, whereas AQP1 is either up or down in cholangiocarcinoma. Colorectal, cervical, and breast malignancies up-regulate AQP1, 3, and 5, but down-regulate AQP8.

Cerebral edema plays a crucial part in the pathogenesis of many neurological illnesses, including ischemic damage, traumatic brain injury, brain tumors, and mortality. AQP4 in the end-feet of perivascular astrocytes controls the exchange of water between brain tissue and CSF in the ventricular and subarachnoid spaces.

Absence of AQP4 may impair blood-brain barrier water permeability and brain water flow. AQP4 helps water to build up in the brain in cytotoxic edema and drain out of the brain in vasogenic and interstitial edema.

In a mouse model of acute cerebral ischemia, AQP4 expression was quickly up-regulated in perivascular end-feet, reaching the first peak after 1 hour (h) and the second peak in the penumbra after 48 h, corresponding with brain swelling. This shows that AQP4 is the main water route following brief cerebral ischemia.

An inflammatory skin illness, erythema toxicum neonatorum, characterized by papules or pustules solely in neonates, is thought to be connected to elevated AQP1 in the epidermis, dermis, and blood vessels.

All human organs exhibit aquaporins, which carry water, the necessary molecule for life, and other tiny molecules and ions. AQPs that don't work right, change, don't work right, or don't work at all are linked to life-threatening viral and non-infectious diseases.

AQPs are a pharmacological and diagnostic target. Numerous studies have suggested AQP-specific modulators and/or inhibitors, including heavy metal-based inhibitors, cysteine inhibitors, and small-molecule inhibitors, to modify or inhibit human AQPs and parasite AQPs.

The regulation and functional functions of AQPs may provide novel insights into disease diagnosis and prognosis, as well as aid in the development of treatments.

For AQP research to help solve problems in the real world, researchers must understand how the way AQP works affects how sick people get.

Changing where an AQP is located inside a cell would be a method that could be used for any future AQP-based drug development.

What Are Examples Of Aquaporins?

Do Animals Have Aquaporins?

Aquaporins, or homologous water-channel proteins, are found in both plants and mammals. These channels are water-selective and block the passage of ions and metabolites.

How Many Types Of Aquaporins Are Found In Humans?

Which Organ Would Require A Large Number Of Aquaporins?

Aquaporins are found in large amounts in many human organs, such as skeletal muscle and neurons that can't be excited by electricity, as well as the liver, kidneys, lungs, eyes, GI tract, and several glands.

People and diseases fight to stay alive and learn from each other so they can grow.

This article explains the role of human aquaporins in infectious and non-infectious disorders. Aquaporins in humans let physiologically important substrates into cells, which may change how cells work and, in the long run, how cells fight off disease or fight disease.