Hydroclimate Of The Andes – How Does It Differentiate The Andes? 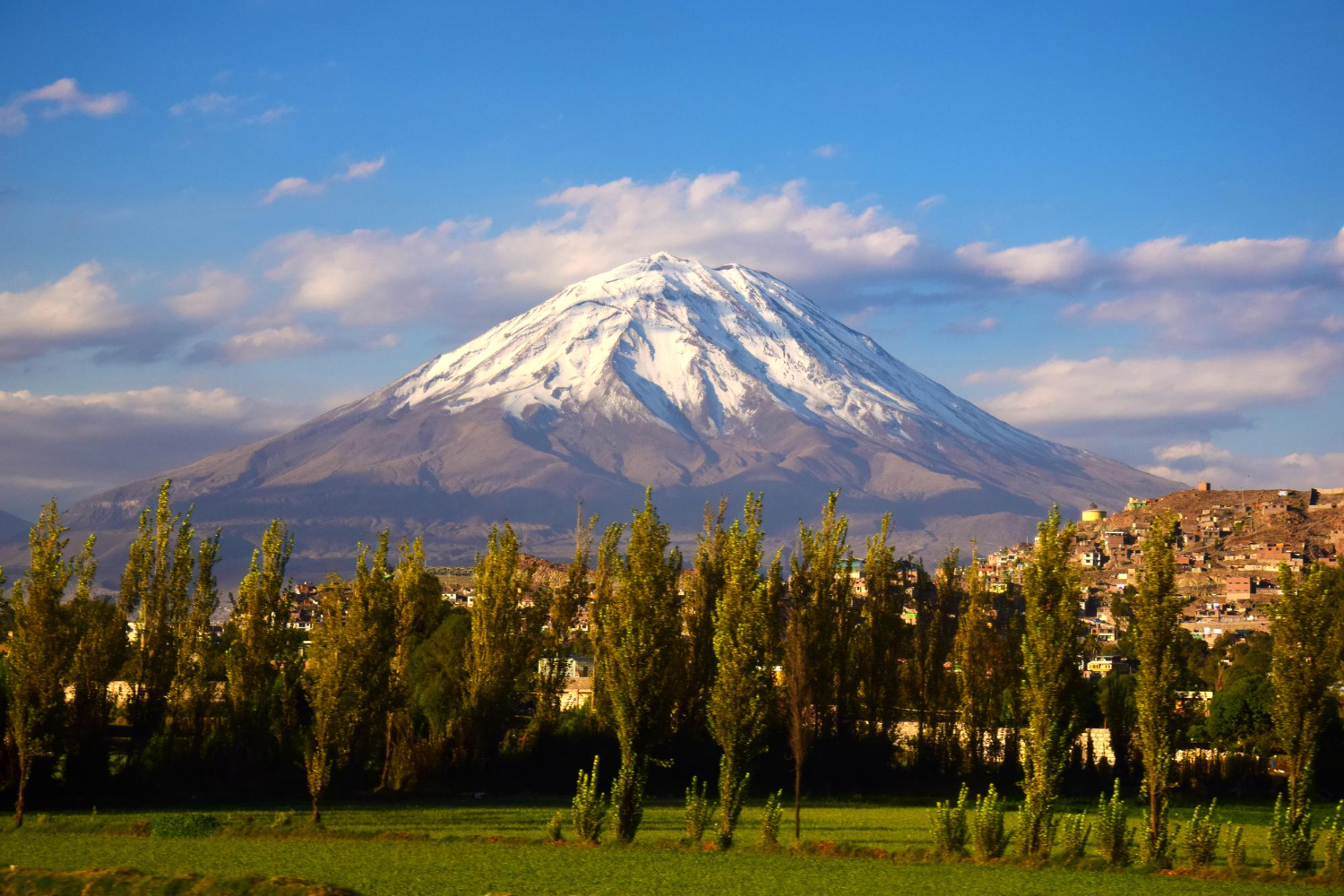 The Andes are the world's most extended mountain range (7240 km) and the tallest in the tropics. The Andes range runs from Patagonia to Venezuela in South America.

The complexity of the topography, as well as the relatively low density/short period of the meteorological network over the Andes, have hampered proper characterization of the main atmospheric circulation patterns and their relationships with the hydroclimate of the Andes, including the Spatio-temporal description of precipitation across the entire Andes chain.

Sustainable development in the Andes is now threatened by changes ranging from local and regional (land use and deforestation) to global, damaging its climate and water resources, from glacier retreat to water supply and ecosystem services.

The atmospheric circulation over South America and the surrounding waters is a primary cause of the weather and hydroclimate of the Andes, including average climatic conditions and regular cycles.

The Andean terrain, vegetation patterns, the gradually altering boundary conditions offered by the Pacific and Atlantic oceans, tropical-extratropical connections, the Amazon-Andes connection, and other regional-to-local interactions all have an impact on these large-scale phenomena. These key qualities are described and discussed in the following sections.

The circulation atop and over the Andes is generally zonal, with westerly flow from 25° South to low latitudes and easterly flow at higher latitudes.

During the austral winter (June-July-August), mid-level westerlies approach 10°S, with the upper-level jet stream passing over the subtropical Andes at about 30°S.

The mountain range's narrowness and height prohibit the production of large-scale stationary waves, yet large-amplitude gravity waves may travel into the stratosphere. At mid-latitudes, westerly flow impinges on the Andes, whereas easterly flow approaches the equator.

Because of the high of the mountains in this area, trans-Andean flow is more difficult to occur at low latitudes.

The southern Tropical Andes' eastern slopes operate as a topographic barrier to the warm and wet flow from the Amazon area. The SAMS is a monsoonal circulation that covers the Amazon rainforest in South America, primarily Bolivia, Peru, Brazil, and northern Argentina.

Four distinct features distinguish the SAMS: an upper troposphere anticyclone (at 200-300 hPa) over Bolivia known as the Bolivian High; a northwest-southwest oriented band of cloudiness over the continent's southeast; high surface temperatures over the Atlantic Ocean before the onset of the wet season; and the presence of the South American Low-level jet east of the Andes.

The eastern edge of the tropical Andes has the most rainfall in Amazonia. The Amazon area sends water vapor and nutrients to the Andes through moisture-laden trade winds.

These characteristics result in high rainfall rates of roughly 6000-7000 mm/year, commonly recorded around 400-2000 m.a.s.l. Extreme hydrological events in this area may have far-reaching consequences for the Amazon basin.

Despite less precipitation, drainage in the Amazon basin's Andean region is more than in the Amazon lowlands. High rainfall rates induce severe erosion on the eastern slopes of the Andes.

The tropical Andes contribute approximately all the suspended sediment load in the Amazon Basin. The Atlantic Ocean and the Amazon rainforest are the primary oceanic and continental atmospheric moisture supplies for much of the north tropical Andes (north of 8°S) and surrounding areas.

The Amazon basin's rainiest portions are found along the Andes piedmonts of Colombia, Ecuador, Peru, and Bolivia. These rain forests provide water to rivers that drain into the low-lying Amazonia.

The 200 hPa westerlies over South America are mostly noticed south of 22°S during the DJF season (austral summer). Over the tropical South American continent (centered at roughly 15°S-65°W), an upper-level anticyclonic circulation (around 200-300 hPa) is found.

In addition to the Bolivian High, an upper-level cyclonic circulation is found across northeastern Brazil. A convergence zone is also recognized along the Peruvian and Ecuadorian coastlines.

The Bolivian High is one of the most noticeable regional tropospheric circulation reactions related to the Amazon's high convection.

It actively contributes to precipitation across the Altiplano and the south tropical Andes during the austral summer. The southern hemisphere westerlies return to engulf the subtropics during the March-April-May season, while anticyclones are noted across the tropical section of the continent.

Jets Above The Andes Foothills

Low-level jets are significant because they transfer substantial amounts of moisture across extended meridional distances. They are caused by mechanical impinging flow blockage and diabatic heating on mountain slopes.

The Chocó low-level jet has a distinct yearly cycle across the Colombian and Venezuelan Llanos regions, with peak velocities during (December-January-February) and (June-July-August).

The moisture fluxes generated by the Corriente de Los Andes Orientales provide significant rainfall rates across the Andes-Amazon transition zone on the eastern edge of the south tropical Andes.

The Chocó Jet is a one-of-a-kind southwesterly circulation feature that operates across the easternmost tropical Pacific. The Choco jet has a specific yearly cycle, with greater velocity in September, October, and November.

A fourth low-level jet develops over the southeastern Pacific, near the Andes' western side. The geostrophic wind balance between pressure, Coriolis, and friction forces inside the Marine Boundary Layer produces this low-level jet.

The weakening of this low-level jet may result in a Coastal El Nio, which can have significant implications along the Peruvian and Ecuadorian coastlines.

Regular cycles of precipitation over the Andes are associated with complex interactions between those above large-scale atmospheric features (e.g., the Intertropical Convergence Zone's latitudinal oscillation and the westerlies) and local patterns such as Andean orography, local circulations (e.g., daily thermally driven circulations, upslope and downslope moisture transport), and temperature gradients.

Extensive research is required to comprehend the physical mechanisms and dynamic and thermodynamic processes responsible for such pronounced spatial variability. The annual precipitation cycle south of 35°S is relatively tiny, with a distinct preference for the austral winter months.

The foothills exhibit a distinct summer diurnal cycle on the eastern side of the subtropical Andes. This corresponds to one of the places with the most intense convection.

In western and central Colombia, the annual cycle of precipitation is predominantly bimodal, with two wet seasons (March-April-May and September–October-November) and two dry seasons (December–January–February, and June-July-August).

This pattern results from an intensification of moisture advection westward from the equatorial Amazon basin and orographic uplift induced by the Andean topography.

In the south tropical Andes/Altiplano, where a unimodal rainfall regime prevails, the rainy season lasts from November to March, with its peak occurring in January.

The equatorial Andes, transition zone, and southern tropical Andes all experience the same wet season from February to April, which is caused by seasonal variations in the Intertropical Convergence Zone and Walker cell.

On the western side of the subtropical and extratropical Andes, fronts associated with atmospheric rivers produce most of the precipitation. Between 25 and 40°S, the mean annual rainfall has a robust latitudinal gradient.

Santiago (Chile), located at 33°S just west of the Andes, receives more than 80 percent of its annual precipitation between May and September. The eastern slopes of the subtropical Andes receive most of the austral summer precipitation due to convective activity in western Argentina.

What Is The Environment Of The Andes Mountains?

The temperatures in the biomes around the Andes Mountains vary. Colombia has a humid and warm climate, with an average temperature of 64°F.

The deserts of Ecuador are hot, with an average temperature of 68°F that remains consistent across Peru until you reach Bolivia.

Where Are The Andes Mountains Located?

The Andes Mountains are a mountain range in western South America. The Andes are one of the world's foremost natural landforms, stretching 5,500 miles north to south (8,900 km). They go along Venezuela's Caribbean Sea coast before turning southwest and into Colombia.

What Does Hydroclimate Mean?

The scientific discipline of hydroclimate combines hydrology and climate, including the effects of water and its processes on Earth's atmosphere and the impact of temperature patterns and change on the global hydrological (or water) cycle.

Changing the hydroclimate of the Andes has the potential to significantly affect food and water security for around 90 million people in the Andes area.

Furthermore, climate change poses a significant danger to biodiversity, especially in the tropical Andes, the world's most biodiverse area.

Because of its distinctive scenery and the precarious balance between the rising people and its environment, the Andes provide unique scientific and socioeconomic difficulties.