In-Silico Drug Design - How It Changed The Drug Discovery Process 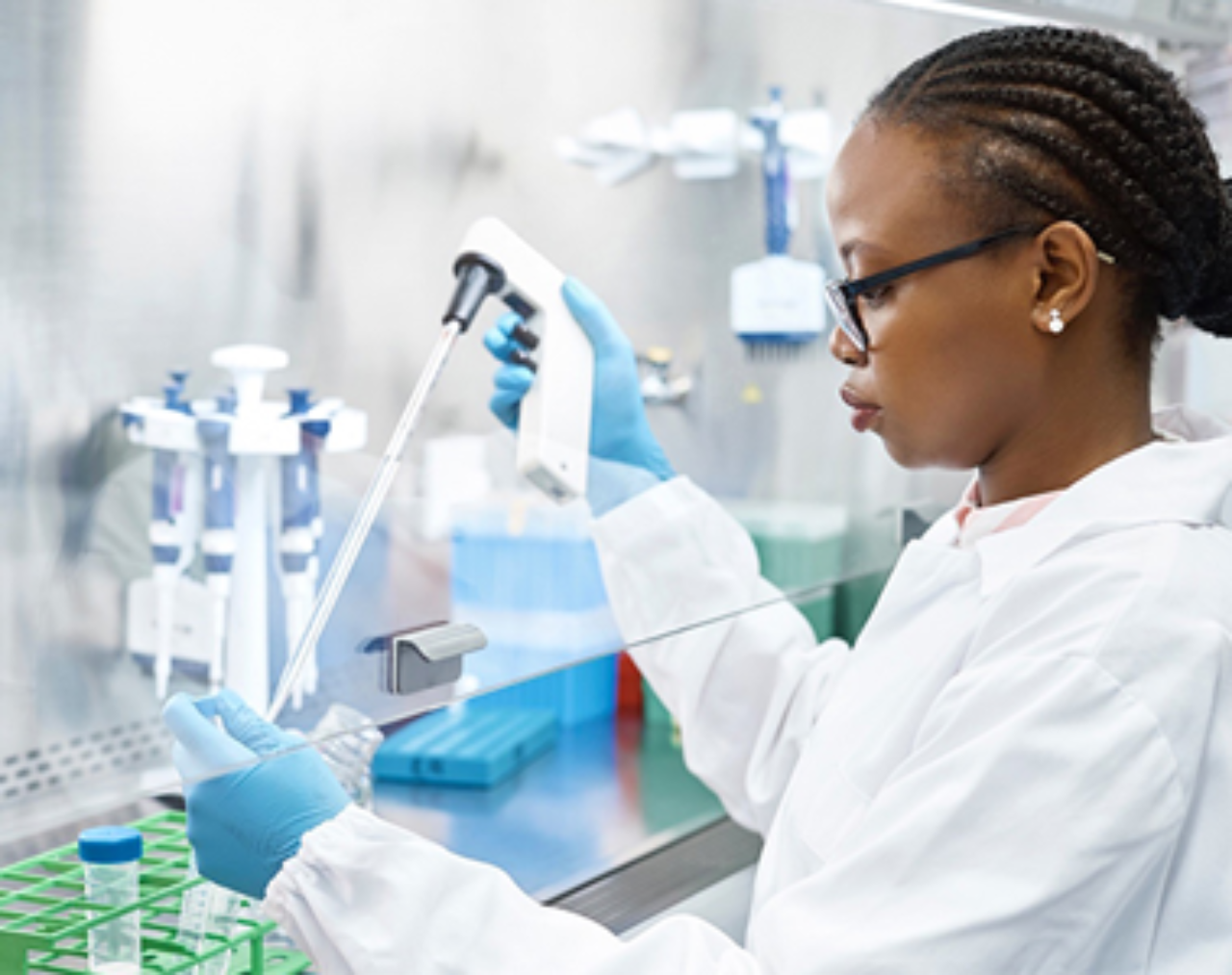 In-silico drug design is a broad field in which various aspects of basic research and practice are combined and inspired by one another. Modern techniques are used in the field, including QSAR/QSPR, structure-based design, combinatorial library design, cheminformatics, bioinformatics, and the growing number of biological and chemical databases.

Drug development is a time-consuming and complicated process, and many factors contribute to drug failure, including ineffectiveness, side effects, poor pharmacokinetics, and marketability issues. During the past thirty-four years, the cost of this process has risen dramatically.

A large number of the tools available provide a well-developed foundation for designing ligands and inhibitors with high specificity. The purpose of this review was to talk about the in-silico drug design process.

In-silico drug design research uses a variety of methods, which are discussed in detail below.

Homology modeling, also known as comparative protein modeling, is a method for generating an unknown atomic-resolution model of a "target" protein from its amino acid sequence and an experimental three-dimensional (3D) structure of a related homologous protein (the "template"). Homology modeling entails recognizing one or more identified protein structures that are likely to resemble the query sequence's structure, as well as creating an alignment that maps query sequence residues to template sequence residues. Protein structures are said to be more conserved among homologues than protein sequences, but sequences have less than 20% sequence identity and can have wildly different structures.

Docking is a technique in molecular modeling that considers one molecule's preferred orientation when bound to another to form a stable complex. The term "molecular docking" refers to the process of a ligand binding to its receptor or target protein. Molecular docking examines and models molecular interactions between ligands and target macromolecules to identify and optimize drug candidates. Multiple ligand conformations and orientations are generated using molecular docking, and the most appropriate ones are chosen. ArgusDock, DOCK, FRED, eHITS, AutoDock, and FTDock are some of the molecular docking tools available. Molecular modeling entails using scoring methods to rank the affinity of ligands for binding to a receptor's active site. Compounds are docked at the active site and scored to see which one is more likely to bind tightly to the target macromolecule in virtual high-throughput screening.

Virtual screening is a computational technique for evaluating large libraries of compounds for their ability to bind specific sites on target molecules like proteins, and well-matched compounds are tested. Virtual screening (VS) is a computational method for rapidly exploring large libraries of chemical structures in order to identify those structures that are most likely to bind to a drug target, usually a protein receptor or enzyme, in the drug discovery process. In the drug development process, virtual screening is critical. In comparison to the more general and older concept of database searching, the term "virtual screening" is relatively new. Virtual screening, according to Walters et al., is "automatically evaluating very large libraries of compounds" with a computer program. As can be seen from the definition above, VS is a large-scale numbers game that focuses on finding answers to questions such as how can we screen down the vast chemical space of over ten possible compounds to a manageable number that can be synthesized, purchased, and tested.

To demonstrate a relationship between structural and/or property descriptors of compounds and their biological activities, quantitative structure-activity relationships (QSAR) methods are used. These descriptors, which explain properties such as steric, topologic, electronic, and hydrophobicity in a variety of molecules, have been determined using empirical methods and, more recently, computational methods.

There is no need for accurate 3D information about the ligands in Hologram QSAR, a unique QSAR procedure. The molecule is broken down into a molecular fingerprint, which encodes the frequency of occurrence of various molecular fragments. Simply put, the size of the fragment to be included in the hologram fingerprint determines the minimum and maximum length of the fragments. A generation of linear and branched fragments with sizes ranging from 4 to 7 atoms causes molecular holograms.

CoMFA (comparison molecular field analysis) is a useful new technique for explaining structure-activity relationships. Work on CoMFA began in the 1970s and is a well-known 3D QSAR method. It gives ClogP values, which means the ligands are constrained by the solvent repellent, and it also explains the ligands' steric and electrostatic properties.

One of the new 3DQSAR approaches is the Comparative Molecular Similarity Indices Analysis (CoMSIA). It is commonly used in the drug development process to identify common characteristics that are required for proper biological receptor binding. The steric and electrostatic properties, hydrogen bond acceptors, hydrogen bond donors, and hydrophobic fields are all dealt with in this method.

Monte Carlo simulation uses statistical mechanics to generate enough different conformations of a system via computer simulation to calculate the preferred thermodynamic, structural, and numerical properties as a weighted average of these properties over these conformations. Monte Carlo sampling and flexible temperatures (simulated annealing) were combined in a useful presentation to improve ligand fixation into active sites.

Molecular dynamics is a useful procedure that works by simulating molecular motion by solving Newton's equations of motion for each atom and increasing the speed and position of each atom by a small amount of time. MD simulations define alternative methods for sampling configuration space based on the aforementioned rule. That is shared with temperatures that are "reasonable" (a few hundreds or thousands of degrees), which means that only the immediate vicinity of the sampled point is affected, and only minor barriers (a few tens of kJ / mol) are overcome. Different (local) generation can be achieved, and structures can be minimized by selecting appropriate configuration times during the simulation. MD methods can be used to sample the conformational space of a large confined system by utilizing the system's inherent dynamics to search for low-energy deformation modes.

The 3D pharmacophore search is a crucial, effective, and straightforward method for quickly identifying lead compounds in conjunction with a preferred target. A pharmacophore is traditionally defined as a 3D arrangement of functional groups within a molecular framework that are required to attach to an enzyme's active site or bind to a macromolecule. To understand how a ligand interacts with a receptor, the first step is to describe a pharmacophore. After identifying a pharmacophore, the medicinal chemist uses 3D database search tools to find novel compounds that fit the pharmacophore model. Because search algorithms have improved over time to efficiently identify and optimize lead focus combinatorial libraries and aid in virtual high-throughput screening, the modern drug design process has been used to make it one of the most successful computational tools.

Microarray analysis, also known as DNA technology, is a relatively new technique that is playing an increasingly important role in biotechnology's advancement. These are essentially organized groups of DNA molecules with known sequences. The majority of the sets are rectangular and can number in the hundreds of thousands. Each feature on the array is driven at a precise location on the substrate. The identity of the DNA molecule linked to each feature remains unaltered. This data is used by scientists to determine the outcomes of their experiments. The microarray study allows scientists to quickly recognize a large number of genes in a small sample and analyze their expression. This level of protection is provided to aid biotechnology and pharmaceutical companies in identifying target molecules. Medical companies can use microarray analysis to help them choose the best candidates for new drug clinical trials.

What Is In-Silico Analysis In Drug Discovery?

How Can In-Silico Approach Help In Pharma Industry?

In silico methodologies have the advantage of speeding up the production and screening of drug candidates based on analysis of calculated properties and prediction models for drug therapeutic targets, as well as the identification of safety liabilities, while reducing the need for costly and time-consuming experiments.

What Is In Silico Drug Design?

Computer-aided molecular design, or in other words, the rational design or discovery of drugs using a variety of computational methods, is referred to as in silico drug design.

What Is In Silico Screening Used For?

Virtual screening tools are used in in-silico screening to make predictions about the behavior of various compounds. It does so by simulating chemical-biological interactions.

Many important steps are taken during the selection of novel drug candidates to rule out compounds that have side effects or interact with other medications. In the fields of biotechnology and pharmaceuticals, in-silico drug design software plays a critical role in developing novel proteins and drugs. Molecular modeling of genes, gene expression, gene sequence analysis, and 3D structure of proteins are all investigated using drug design software and programs. In-silico methods have been extremely useful in identifying targets and predicting the efficacy of new drugs.