Iontophoresis – The Most Effective Way To Deliver Cardiovascular Drugs 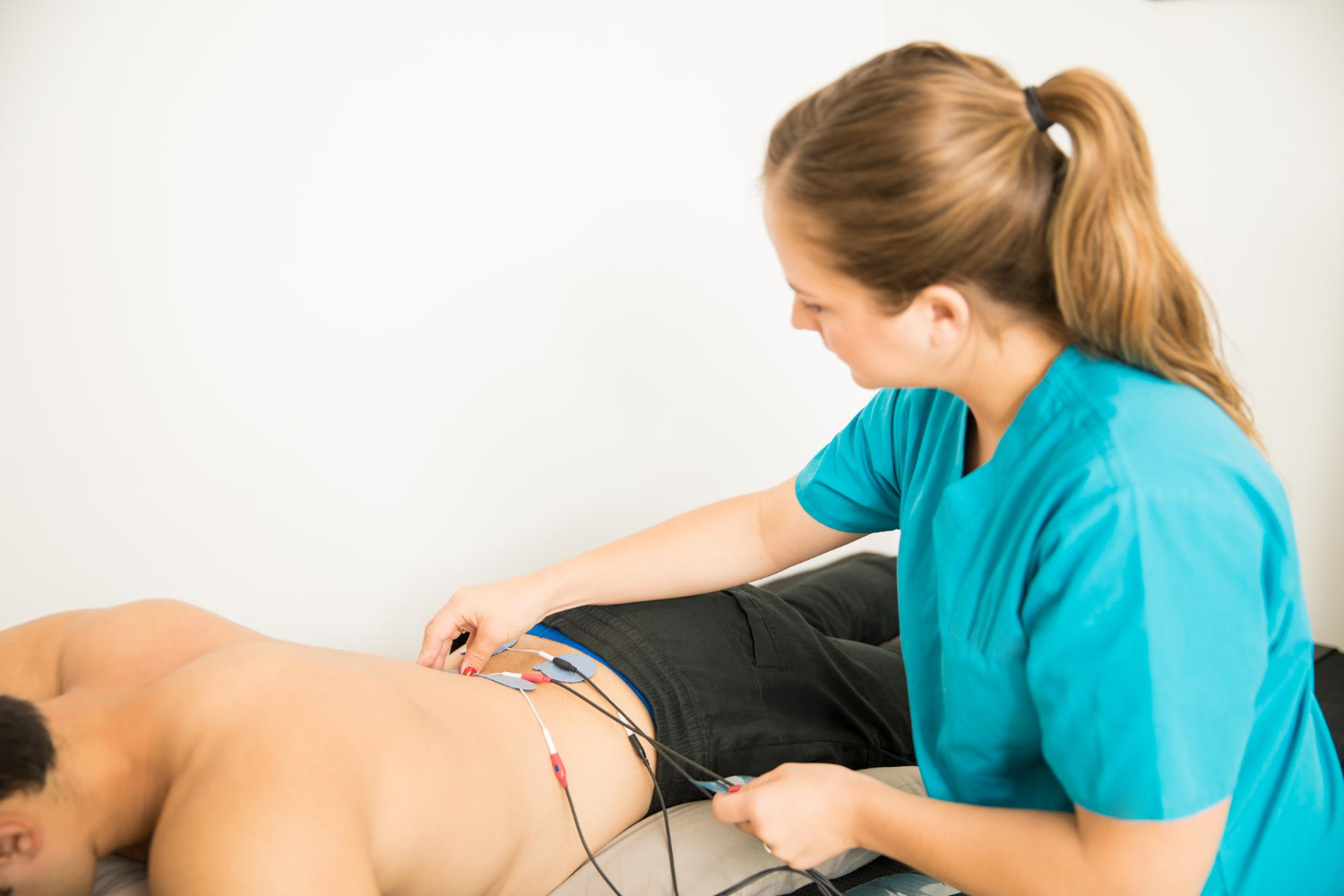 Because most medications penetrate poorly through the skin, attaining therapeutic levels through increasing permeation rate is a significant difficulty. Iontophoresis, which uses a low current, has significantly impacted skin permeation.

Ideally suited for protein therapeutics, efforts have been made to use the technique to accelerate the development of low-molecular-weight medications for long-term administration.

However, commercialization was not possible until recently because of the difficulties involved with energy supply. Fortunately, the tremendous expansion of microelectronics has filled this need and catapulted the technology into the spotlight.

A medical device employs modest electrical currents to transfer medicine across biological membranes during iontophoresis, generally done while your injured body part is immersed in water.

Iontophoresis is most typically used to treat hyperhidrosis problems, which causes chronic and excessive sweating.

Currents are often administered to the hands, feet, or armpits to block sweat glands temporarily. Some people experience a mild tingling sensation during the process, although the electrical current is not powerful enough to shock them.

Sweating may occur in response to particular triggers, such as hot weather or physical exertion, or it may occur without any stimulus. Medical illnesses such as hyperthyroidism or menopause may also induce it.

Iontophoresis may be used to treat sports injuries and hyperhidrosis by administering anti-inflammatory drugs directly into the skin.

In addition to the typical drug reservoir, an iontophoretic device requires an energy supply. Once triggered, the source produces energy in a predetermined and regulated way.

The skin has a net negative charge at physiological pH, and cations traverse the skin barrier more effectively than anions. The electric current causes a potential gradient across the skin tissue, and the charged drug is repelled from the drug reservoir underneath the active electrode.

Human skin pores are substantially broader and more linear than the convoluted uneven channel that runs through the lipophilic matrix of unbroken skin. Because iontophoretic propulsion is directly related to current intensity, the technology is anticipated to assure planned and repeatable medicinal material delivery.

Iontophoretic system development is a diverse research activity that may be divided into numerous categories.

While the energy supply device is a specialized microelectronic research area, formulation development must address specific vital issues: the pathways of percutaneous penetration must be characterized, rate-limiting steps in transdermal absorption must be identified, the particular drug structure-penetration relationship must be understood, and the skin safety factors must be evaluated.

The laser scanning confocal microscopy and vibrating probe electronic technology are used to determine the mechanism of molecular penetration.

According to research on pindolol, radial mass transfer is the primary mechanism of iontophoresis. Identifying the skin's propensity for various ions and structures may also help improve a formulation.

Skin impedance and reversibility measurements are often used to assess safety and optimize medication delivery. However, the primary emphasis of pharmaceutical research is on improving permeability, which may result in the improved therapeutic effectiveness of medications.

Researchers are evaluating the viability of this technology to extract the drug molecule from the subdermal area for noninvasive therapeutic medication monitoring since it is a promising approach.

Iontophoresis Use In Cardiovascular Drugs

Fentanyl, an analgesic patch, has become a blockbuster product, with an annual turnover of 1.59 billion US dollars in 2002. Transdermal nitroglycerine has been approved for use in acute myocardial infarction by the American Heart Association.

Permeation is being explored using both passive and energy-assisted methods. The repeatability of drug flow is the greatest issue in passive delivery. Flux values determined from passive permeation vary depending on species, skin type, and skin area.

Iontophoresis employs a trans-follicular route, and the densities of follicles in animals and humans vary. The penetration rate of Nadolol increased 1225 times.

Because the medication is somewhat soluble in water and the freebase is highly lipophilic, the enhanced impact of iontophoresis may be ascribed to the aid of ion-exchange resins. Two passive permeation measurements for propranolol hydrochloride differ significantly, suggesting the influence of species difference.

Because it has a low molecular weight and is water-soluble, atenolol is theoretically an excellent choice for iontophoresis.

Standardization of numerous parameters, skin conditions, and formulation excipients are required for optimizing iontophoretic administration. Still, the manner and duration of energy delivery are the most crucial and researched areas. Because the energy delivery method affects the flux, research is conducted to determine the appropriate current density and the pattern of energy supply.

One of the ways used was switching iontophoresis, which involves reversing the polarity of electrodes on transdermal absorption. Verapamil permeation was shown to be more significant at a particular switching interval, and the permeability coefficient and cumulative quantity improved considerably. Increasing the current density in most circumstances enhances mass transmission, but a limiting value of 0.5 mA/cm2 is considered safe and sufficient.

The inclusion of particular adjuvants in the device, such as ion exchange resins, is also advantageous. Transdermal permeation may be stereo-selective in some instances. Yes, researchers have investigated this strategy in maximizing permeability.

Manipulating the association state and generation of charged analogs might be a helpful strategy for proving iontophoretic delivery. The construction of insulin analogs with additional negative charges resulted in 50 to 100 times flux augmentation.

Skin moisture was discovered to be an essential characteristic that may improve penetration rate. Similarly, removing skin lipids by alcohol therapy may help with delivery. As a result, these basal therapy attempts are being made to maximize the penetration rate.

What Is The Process Of Iontophoresis?

The method of delivering a small electrical current through the skin is known as iontophoresis. Iontophoresis offers a wide range of medical applications. The use of iontophoresis to reduce perspiration by inhibiting sweat glands is discussed in this article.

What Is Iontophoresis And How Does It Work?

A medical device employs modest electrical currents to transfer medicine across biological membranes during iontophoresis, generally done while your injured body part is immersed in water. Iontophoresis is most typically used to treat hyperhidrosis problems, which causes chronic and excessive sweating.

What Is Iontophoresis Used For?

Physical therapists employ iontophoresis to treat various ailments, including bursitis, tendonitis/tendinopathy, and scar tissue management. It uses electrical stimulation to assist in administering drugs into your body via the skin.

What Does Iontophoresis Machine Do?

A medical device employs modest electrical currents to transfer medicine across biological membranes during iontophoresis, generally done while your injured body part is immersed in water. Iontophoresis is most typically used to treat hyperhidrosis, which causes chronic and excessive sweating.

Iontophoresis is considered to be helpful in areas other than drug delivery. It is already being used in diagnostics. People with diabetes employ reverse iontophoresis to test their glucose levels noninvasively.

It is being researched to develop a diagnostic test for phenylketonuria, a potentially deadly metabolic disorder in babies. The approach may also be used to evaluate vascular functioning. Opponents of iontophoresis contend that electroporation, rather than iontophoresis, is a superior option for active drug delivery in terms of safety and effectiveness.

It also has more potential than micro-conduit technology, which employs the targeted impact of high-energy micro-particles on specific portions of the skin's surface to form holes for non-invasive analyte and drug administration sampling.

The electroporation method, which requires significantly greater voltage, i.e., 100-1000V, might cause dangerous side effects and is likely to be used in specialist healthcare, while hi-tech micro-conduits technology is still in its infancy.

On the other hand, iontophoretic systems utilizing modest levels of power may be built with a 9-volt button battery and readily marketed. Cardiovascular agents have a guaranteed market for transdermal products due to their necessity for chronic administration. Because of the advanced status of research in this sector, iontophoretic delivery of such medications is expected to become a reality in the near future.