Joint Attention - Response And Initiation As A Distinct Root Of Development In Autism? 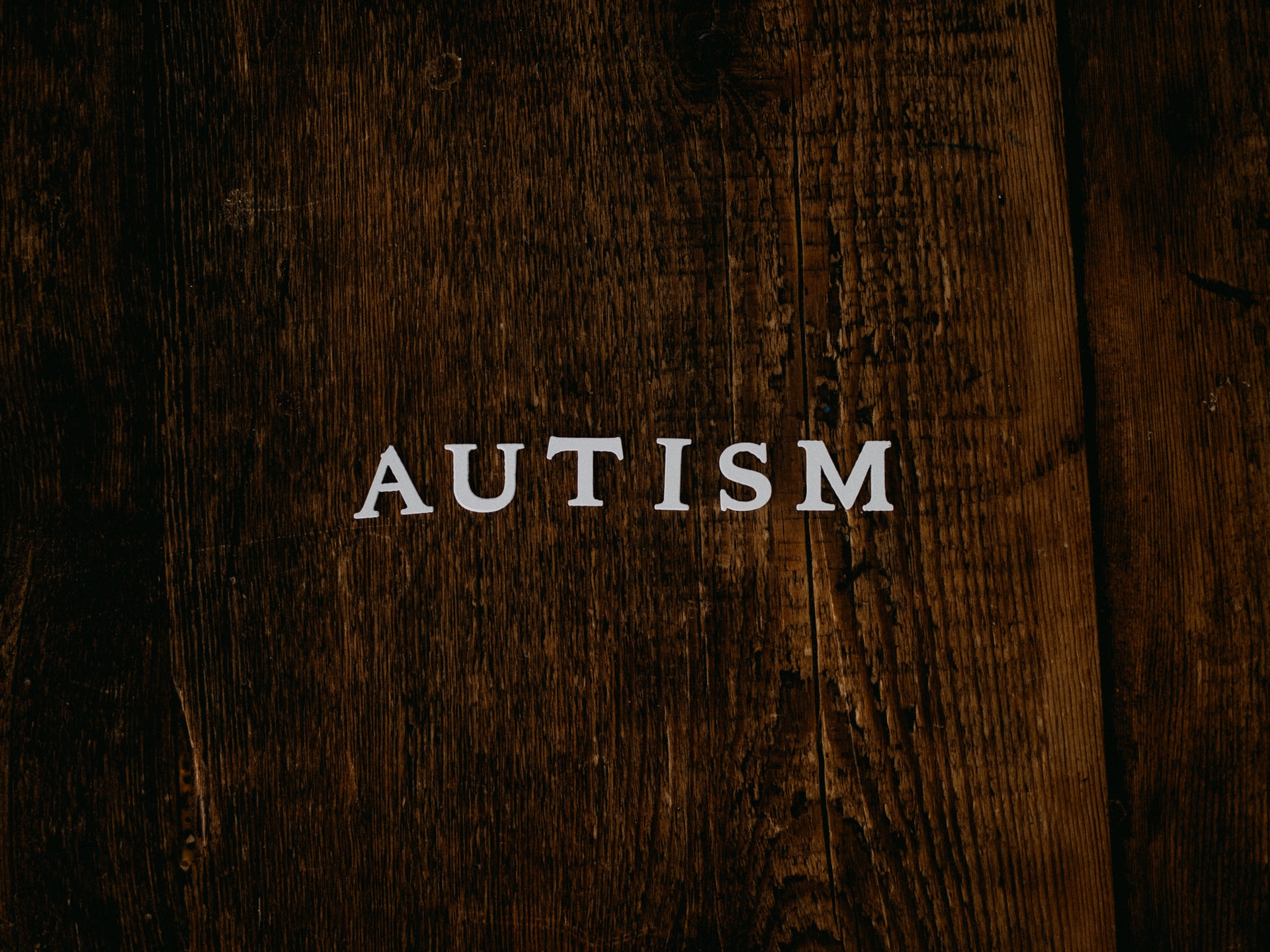 In a typical development, joint attention, or coordinated attention between social partners to share interest in entities, objects, or events, starts to emerge at around three months of age and gradually grows until about eighteen months of age.

Many different species can be seen paying attention together. Despite having a strong ontogenetic and phylogenetic foundation, it is not always apparent, especially in autistic children. In fact, autism spectrum disorder (ASD) is a condition that is early predicted by decreased joint attention in infancy.

A core deficit in autism is joint attention, which sets children with ASD apart from children who are typically developing and those who have other disabilities.

Joint attention is a crucial skill that beginners can use to learn information from others; it is connected to later development in a variety of domains for both typically developing people and people with ASD.

Individual differences in joint attention between individuals on the autism spectrum are a good indicator of adaptive abilities, symptoms, social functioning, linguistic abilities, and cognitive development.

The posterior and temporal attentional networks that support RJA may emerge earlier than the anterior networks thought to support IJA. IJA may reflect more voluntarily sharing of experiences, whereas RJA may reflect relatively involuntary orienting in response to social cues. RJA was in fact linked to intention understanding in 3-year-olds with ASD. The speed at which attention disengaged was interestingly correlated with gaze alternation, suggesting that non-social attention may contribute to IJA in ASD.

Despite continuity within the domain, associations between IJA and RJA are infrequently seen in the development of RJA and IJA in infants who are typically developing. Due to the fact that RJA involves the presentation of stimuli rather than the observation of child-initiated behaviors, it is simpler to assess than IJA. As was previously mentioned, there may be a more fundamental disturbance in IJA than RJA in autism.

IJA may be uniquely human (or capable of supporting the complexities of social interaction that are frequently impaired in ASD), RJA may only be atypical early in development while IJA remains atypical throughout one's lifetime in ASD, IJA may be more closely linked to reward processing than RJA, and IJA may be more predictive of social outcomes than RJA. These arguments all support the idea that IJA is more of a core deficit than RJA in ASD. IJA, however, is not exclusively human. As it will be discussed, RJA may be impaired in people with autism across the lifespan, there is some evidence that people with ASD have stronger links between IJA and reward processing, and RJA is also linked to social outcomes.

Using structured observational measures for children up to about 30 months of age, joint attention is frequently evaluated in a lab setting. In an ideal world, joint attention would be evaluated in various contexts. The Early Social Communication Scales (ESCS), one of the most widely used assessments of joint attention, classifies IJA into two categories that are mutually exclusive: gestural indication and gaze alternation. RJA distal (to posters) and RJA proximal (to a book) are distinguished by the ESCS. Little research focuses on RJA proximal. Children receive overlapping verbal, postural, and gestural cues for RJA distal in the ESCS, which does not vary the subtlety of cues.

Other measures include various combinations of cues, which is consistent with the finding that kids with ASD may have particular trouble responding to sparser cues. RJA and IJA opportunities can be found on the second page of the Autism Diagnostic Observation Schedule. There is a hierarchy of increasing prompts that contains RJA opportunities. Other methods include using parent-checklists or a mix of direct observation and parent report.

Measures of joint attention for older people that are age-appropriate have recently been developed by researchers. Shared looks were used by Hobson and colleagues to gauge IJA in older kids and teenagers with ASD. Six naturalistic prompts are used in a RJA test that is suitable for kids and teenagers between the ages of 7 and 17.

Joint Attention Across The Lifespan In ASD

Less attention paid to people in infancy may be a precursor to less joint attention, according to retrospective video analyses that show how decreased dyadic behavior in the first year of life preceded reduced joint attention in the second year in autism. Reduced IJA in ASD between 6 and 12 months of age without any dyadic atypicalities has been documented, though.

In fact, prospective studies of the infant siblings of autistic children have not found dyadic atypicalities during live interaction in the first year of life. Infants with ASD showed slightly significant greater attention to a face at six months of age compared to infants who were typically developing, followed by decreased RJA and gestural indication, but not gaze alternation, at twelve months. RJA declines at 14, 15, and 24 months of age were predictive of ASD.

IJA in early childhood was linked to later involvement with peers. There have been documented longitudinal relationships between RJA in early childhood and cognitive development in ASD. Early-life RJA has been linked to non-verbal communication, social symptoms, and adult social functioning. RJA relationships with changes in language and cognitive abilities frequently appeared to be the cause of associations between RJA and adult outcomes. This is in line with the idea that joint attention is a key skill to master before learning other skills.

For acquiring pertinent social cues to map words to objects, joint attention may be especially crucial. Prospective relationships between RJA, IJA, and structural language abilities are frequently seen in ASD children. RJA at months was linked to language and cognitive development in children with ASD between the ages of 30 and 36 months, whereas gaze alternation at 20 months was linked to vocabulary at the age of 42 months. IJA and RJA at the age of 4 were related to language abilities one year later in kids with ASD.

It is likely that different but overlapping mechanisms are used to support RJA and IJA. Atypical reflexive gaze following, impaired integration of joint attention and affect, decreased recognition of gaze's referential significance, decreased social motivation and recognition of social interaction's reward value, or atypicalities of non-social attention may contribute to atypical joint attention in autism. Recent research indicates that while understanding of referential intent is more likely related to developmental stage, reflexive gaze following may contribute to RJA impairments in ASD.

There is conflicting research on the link between joint attention deficits and infants' decreased social motivation. Deficits in joint attention frequently occur before dyadic issues, despite the fact that dyadic orienting has been concurrently linked to both RJA and IJA. In fact, since joint attention deficits cause dyadic difficulties rather than the other way around, it is possible that these two problems are related at the same time. Around the age of 1, social behaviors typically start to become more object-centered. Triadic representation issues could limit opportunities for social learning and cause dyadic issues. The PDP model is more consistent with the lack of strong evidence for predictive relationships between dyadic skills in infancy and joint attention than the social-cognitive theory of joint attention.

Do Children With Autism Have Joint Attention?

Research shows that many autistic people have trouble with joint attention, or sharing focus on an object or area. Examples of joint attention include following someone's gaze or pointed finger.

What Are Coping Mechanisms For Autism?

Physical activity reduces anxiety symptoms in the general population and in autism. Consider establishing/adding family exercise routines like wearing a FitBit and counting daily steps, a nightly walk, or an online/app based workout.

What Is Initiating Joint Attention?

IJA is when infants use gestures and eye contact to draw others' attention to objects, events, and themselves. IJA aims to share interests or pleasant experiences with others.

What Is Joint Attention Intervention?

JA involves coordinating attention between a social partner and an environmental event for the sake of sharing an experience.

This article contends that RJA and IJA are essential to ASD development. RJA and IJA atypicalities are evident in older individuals, reward processing may contribute more to IJA than RJA, and both predict social development. The social-cognitive model of joint attention is less consistent with the lack of evidence that dyadic atypicalities precede triadic ones than the PDP model.

Joint attention predicts autism outcomes across domains and is cheap and easy to assess. Given the strong predictive power of a behavioral measure like joint attention, brain imaging and eye-tracking measures developed to predict ASD outcomes should be compared with joint attention assessments to demonstrate that they are more effective and worth their additional costs, such as data loss due to calibration or movement.