Karate - A Critical Review Of Injuries In Karate 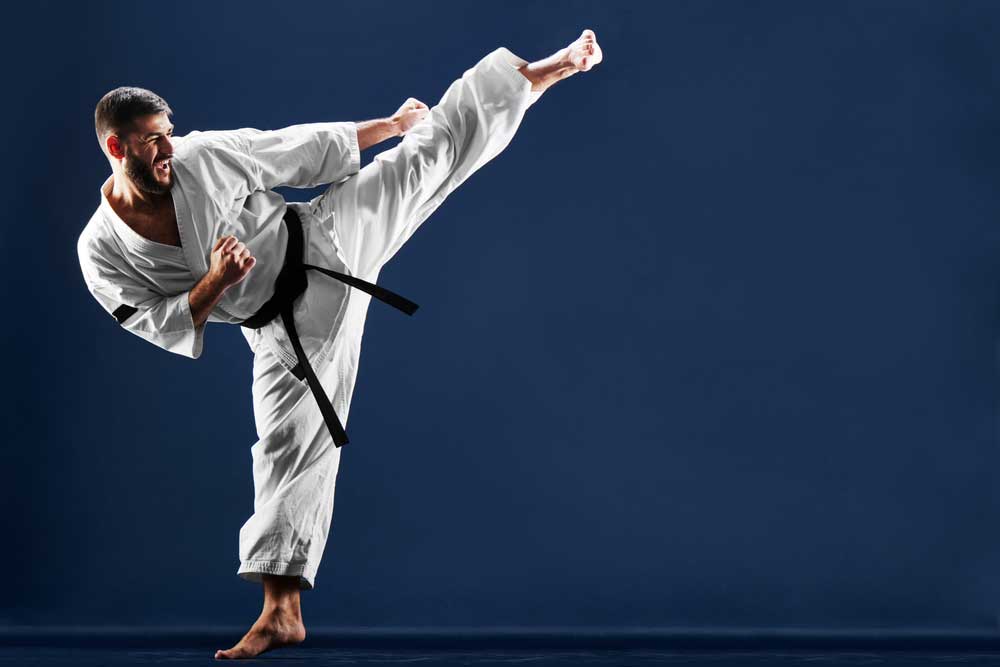 Combat sports are divided into three categories based on the actions permitted by fighting regulations: Group 1: using a weapon, such as a sword; Group 2: punches and/or kicks, such as in boxing, karate, or taekwondo; Group 3: throws, pinning techniques, strangulation, and joint manipulation techniques.

Ju-jitsu allows for the mixing of all three types of motion actions. Combat sports are, without a doubt, dangerous. Male (12.1%) and female (13.3%) athletes had similar injury rates (percentages of injured athletes in 36 Olympic sports).

Participants in karate competitions compete in gender, age, and weight categories, similar to taekwondo, boxing, judo, and wrestling, all of which are Olympic combat sports.

Fighting in karate is regarded as a high-intensity sport. Because training regimes are geared toward competition fighting, different karate styles are becoming increasingly popular.

With more than 10 million members and over 130 member countries, the World Karate Federation is the largest international governing body for this sport.

The scale of karate injury rate was determined using a variety of indices. As a result, the outcomes and assessments appeared ambiguous. The results of retrospective studies based on institutional documentation (RD) show that injuries were most common in men (aged 16-32 years), especially during training, with a relative injury rate of 1.95 per 1000 participants per year. In a separate study, absolute IR in training was found to be significantly higher than the rate of injuries in competitions.

The IR of males was also found to be significantly higher than that of females. The athletes aged 20-24 years had the highest IR (95% confidence interval). In the RD record, the youngest karateka was almost 14 months old. The contribution of training vs. competition injuries was nearly fifty-fifty in retrospective studies based on questionnaires (RQ) among adult women.

In another RQstudy, IR in children (aged 6-16 years) was 3.7 injuries per 1000 hours of karate training in a club where sparring and competition were not the main training goals. Rather than age and gender, IR was determined by experience, training hours, and rank. Young karatekas (aged 7-15 years) had a significantly higher IR during competition, with 13.3-15.3 injuries per 100 minutes of athletic exposure (AE), while girls had a higher IR value than boys.

The most common measure used in P studies that looked at injury rates during karate competitions was IR expressed per 1000 AE. #injury/1000 AE ranged from 22.2/1000 AE to 194.0/1000 AE in male tournaments. IR ranged between 66.2/1000 AE and 143.2/1000 AE in female athletes. The results of the same authors of Pstudies' observation of karate tournaments provided inconsistent information about the effect of various factors on the level of IR. A four-fold reduction in IR was demonstrated (per 100 karate matches) as a result of the use of protective equipment in male competition.

The frequency of typical injuries was distributed differently depending on the study design. The percentage comparison of injury types revealed that fractures were much more common in RD studies, ranging from 16.9% to 71.4%. Sprains and strains, on the other hand, contributed 11.9% to 44.7% of the total. They also differed from the rates of contusion and luxation (which ranged from 0.0% to 35.1% and 25.4%, respectively).

Concussions were rare in RD and Pstudies of karate practitioners, but none were found in the RQstudies. Diagnoses in RQ studies may have been inaccurate because they came from injured people rather than competent doctors.

Head, face, and neck injuries made up 22.9% to 92% of all injuries in Pstudies. Injury to the trunk, upper limbs, and lower limbs contributed between 4% and 31.8%, 10.1% to 17.2%, and 3.4% to 55.2%, respectively. When compared to injuries reported in national-level competitions where protective gear for feet and shins was not used, the contribution of injuries in the head, face, neck, and trunk increased during the Oyama Cup.

A Danish study found similar patterns, but they were related to an increase in the frequency of head, face, and neck injuries. Head, face, and neck injuries were the most common injuries in karate tournaments for both women and men (55.4% and 57.9%, respectively). Furthermore, both female and male 15-year-old karate athletes had a high risk of head injury, with 43.8% and 52.6%, respectively, of head injury.

Causes And Mechanisms Of Karate Injuries

Punches, kicks, blocks, and falling to the ground were frequently cited as causes of injury. In general, it can be concluded that karatekas suffered body damage as a result of an impact that exceeded tissue strength. The impact that occurred during kicks (33.3%) in the head, lower limb, groin, stomach, and punch bag, falling on the ground (25.6%), and hitting with the upper extremity (20.5%) against the head, upper limb, a wall, or a board were the most common mechanisms in RD studies.

What Are The Common Injuries In Karate?

Sprains, strains, cuts, and bruises are the most common injuries in martial arts. It is also possible to break bones. Knee, ankle, shoulder, and elbow injuries are among the most common. During striking martial arts, the hands are particularly vulnerable to injury.

What Are Risks In Karate?

Contusions (bruises), sprains, strains, and abrasions are the most common injuries associated with martial arts, just as they are with other sports. There was a direct correlation between experience, belt rank, and weekly training hours. Karate appeared to be associated with an increased risk of injury in both children and adults.

Which Martial Art Has Most Injuries?

How Do You Ensure Safety In Karate?

To avoid concussions or brain injuries, for example, people should always wear headgear while sparring, as well as cups to protect the groin area. Chest protectors, hand and foot guards, shin guards, and mouth guards are all necessary pieces of equipment to wear.

It's crucial to look into the factors that help athletes reduce IR. Injury is impossible to completely eliminate in karate because the impact that exceeds tissue mechanical strength has yet to be ruled out as the primary cause of severe injuries.

• Because the attack in karate is aimed at vital points on the opponent's body, changes to fighting rules made by sports federations may only be partially effective in lowering the risk of injury.

• Formal exercise (kata) and pre-arranged sparring may be a safe alternative to karate fights among children.