Keto Breath - Getting Rid Of It With Easy Remedies 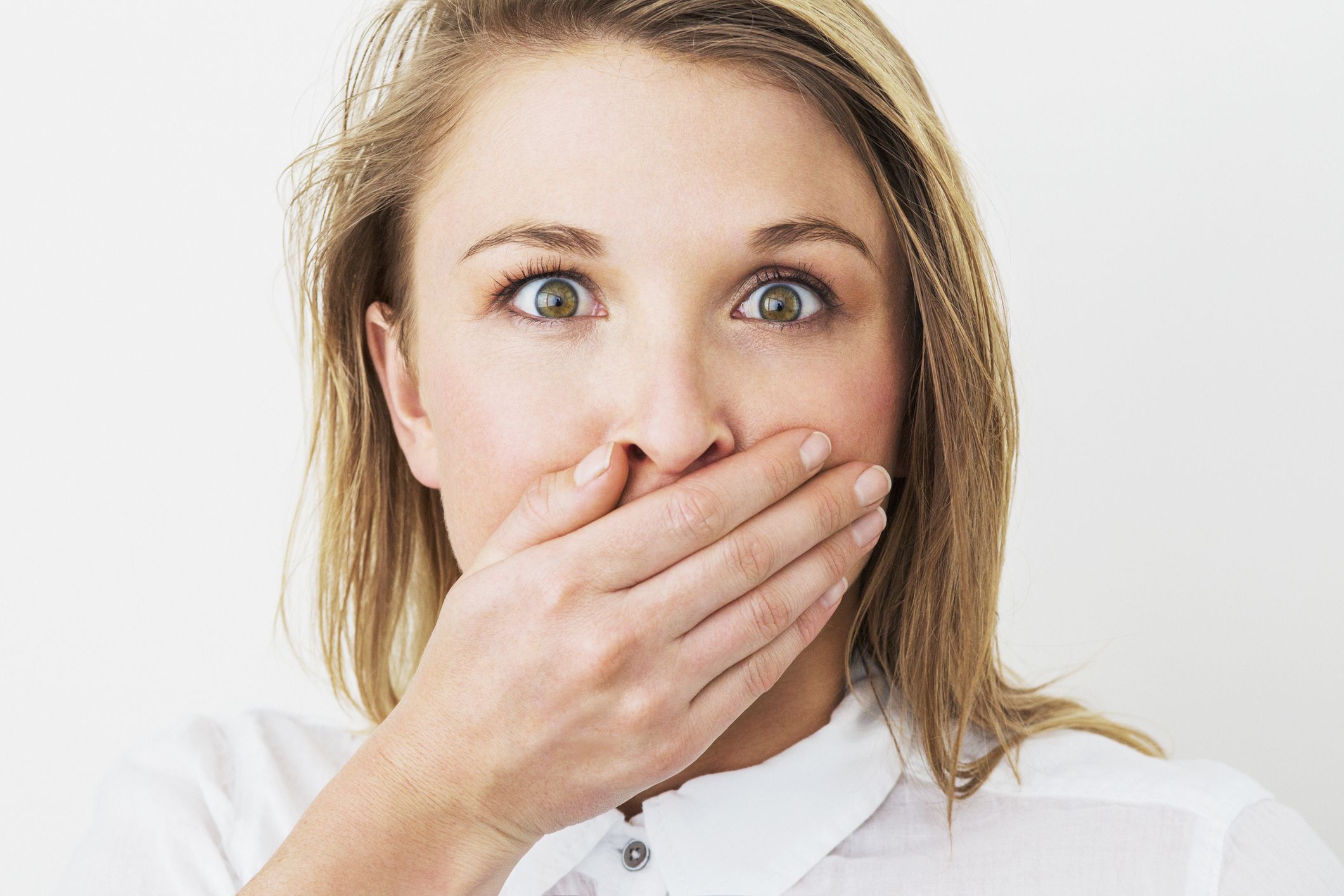 You can reach your weight loss goals if you change what you eat and do more physical activities. However, modifying your diet is about more than just cutting back on calories.

Changing the things you consume can help you lose weight, but it also comes with potential health risks. You may notice a change in your breath's odor during the first two weeks of the ketogenic diet.

"Keto breath" is a term for the unpleasant change in breath that often happens after a ketogenic diet. In spite of how painful it is, this is an indication that your body is entering ketosis.

People say that the side effect of keto breath goes away after the body gets used to being in ketosis. This state is thought to take at least 21 days to achieve, according to the research.

At this stage, the body has become more efficient at using the ketones it generates. As a result, there will be fewer ketones exhaled, which should lead to better keto breath.

There are many different factors that contribute to bad breath. The two key factors responsible for the negative effects of low-carb diets are ketosis, a metabolic state that can be induced by a low-carb diet, and protein metabolism.

Glucose is one of the key sources of energy that is used by the body. Glucose is made when the digestive tract breaks down more complicated forms of sugar into glucose molecules that are easier to break down.

Ketones are a type of metabolic waste product that results from the breakdown of fatty acids in the body. Acetone, acetoacetate, and beta-hydroxybutyrate are the three forms that commonly encountered ketone compounds can take. Your body regularly gets rid of these ketone compounds through urination and breathing.

Because you are not consuming as many carbohydrates when you are following a low-carb diet, your body will start to rely more on fatty acids as a source of energy. Ketones are produced as a natural byproduct of the metabolic process that is taking place in your body, and the amount of ketones produced will increase as your body burns more fat.

The buildup of an abnormally high number of ketones in your body may be one of the causes of your chronic bad breath.

Ketones are a type of gas that may be exhaled, and when you do so, they leave behind a variety of smells, the majority of which are completely different from the odors associated with normal cases of bad breath (halitosis).

Alterations to your diet might also result in changes to the smell of your breath. The rapid transition from carbohydrates to proteins in a low-carb diet causes a change in the way that your body metabolizes meals.

Ammonia is produced whenever there is a breakdown of protein in the body. This effect will only be bigger if you suddenly eat more protein, which will cause your stomach gas and urine to have more ammonia.

Keto breath can be somewhat different from person to person, but it is not the same thing as halitosis in most cases. The bacteria that live in our mouths are to blame for the occasional case of foul breath that affects the vast majority of us.

When these bacteria begin the process of decomposing the food that we eat, they produce volatile sulfur compounds (VSCs). Most of the time, these things smell like sulfur, which is like the smell of rotten eggs.

The characteristics of the scent that are produced by keto breath change depending on the byproducts of protein and fat metabolism that are being produced. Acetoacetate and beta-hydroxybutyrate are two examples of compounds that can give off a fruity and pleasant odor when present in the breath.

Some people have compared the smell to apples that have been smashed or that have spoiled. The breath of someone with acetone in their system smells more like resin (like nail polish). Your breath and urine may smell like ammonia if you have an excessive amount of protein metabolism going on in your body.

Keto breath usually goes away on its own, though it could take anywhere from a few weeks to a month for this to happen. If you've decided to go on a low-carb diet, here are some things you can do to help with keto breath while your body adjusts to the new way of eating.

Aim to drink at least eight glasses of water each day, each measuring 8 ounces. This not only helps your body flush out extra ketones and VSC, but it also improves digestion and reduces constipation.

Altering the types of protein consumed, such as switching from chicken to meat or fish to meat, can occasionally cause a shift in the sorts of ketone bodies that are formed. However, this is a process that requires trial and error (mainly by the types of fatty acids being broken down).

Try not to eliminate carbs from your diet any more than necessary. For instance, in comparison to the Atkins Diet, the South Beach Diet is less stringent on carbohydrate intake. In any case, neither of them is trying to eliminate all carbohydrates from the diet. In the event that you believe you have gone too far in your effort to reduce carbohydrates, try increasing your intake of healthy carbohydrates up to the recommended maximum.

After you have brushed and flossed your teeth, you should use an antimicrobial mouthwash as a final step. Regular tongue scraping can also be of use in this regard.

Try chewing on mint, parsley, cloves, cinnamon, or fennel seeds, or take a pill with parsley oil or chlorophyll to freshen your breath without adding artificial flavors or chemicals.

How Long Does Keto Breath Last?

Those on the ketogenic diet may not all suffer from keto breath. Those affected by the stench may find it difficult to go outside. However, keto breath only lasts a short time.

Shortly after beginning a low-carb diet, you may find that your breath smells differently. In any case, when your body adjusts to a lower carb intake, the stink will fade away. This could take a few weeks, but there are several things you can do in the meantime to keep your breath smelling fresh.

The Effects Of Keto

Getting into ketosis requires a diet high in fat and protein. When you eat carbs, your body turns them into glucose, which is then used as a source of energy.

When glucose production is stifled, as it is when a person cuts back on carbs, and if that isn't enough, it can also make and use ketones. When there isn't enough glucose in the blood, the body starts using fat for energy instead of glucose from the blood.

A byproduct of this process is acetone, which is formed when fatty acids are hydrolyzed. Having an elevated acetone level in the body is what causes keto breath. The ketogenic diet is a great short-term solution for rapid weight loss.

A report in the European Journal of Clinical Nutrition suggests there are other potential health benefits to the ketogenic diet.

The risks of diabetes, cardiovascular disease, and epilepsy can all be lowered while on the ketogenic diet. There is some, but not conclusive, evidence that the ketogenic diet can also help with acne, polycystic ovarian syndrome, and neurological disorders.

People who make the switch to the ketogenic diet could encounter a variety of unpleasant side effects in the short term, which are collectively referred to as the "keto flu" by some. These are the following:

A fatty liver condition, kidney stones, and abnormally low levels of protein in the blood are all potential long-term adverse effects of this medication.

Keto breath has been described as having a metallic taste with a sweet, fruity, or nail polish remover-like odor. This is because, when in ketosis, your body produces molecules that are exhaled.

How Do I Know If I Have Ketosis Breath?

If you're being offered a breath mint more frequently than usual, it could be an indication that your body has entered ketosis. Ketones create bad breath, which is an indicator that your body has entered the metabolic state of ketosis. Acetone is produced as a byproduct of the process and can be detected in breath and urine; it has a fruity odor that isn't very pleasant.

Take in some lemon water. Increasing your water consumption might help you flush out toxins, but some research suggests that adding lemon can have even more of an impact. The acid in lemons makes the salivary glands work harder, which produces more saliva and, as a result, fresher breath.

Does Keto Breath Mean You're In Ketosis?

Once people enter full ketosis, they frequently complain of having bad breath. This is a rather typical adverse effect. Numerous Atkins and ketogenic diet adherents have noted a change in breath odor to something more fruity. The increased ketone levels are to blame for this.

Talk to your primary care provider or a dentist if you have bad breath for more than a couple of months even though you have good oral hygiene and have tried everything you can to get rid of it.

It's possible that your low-carb diet has nothing to do with your chronic foul breath in some instances. It is possible that this issue is connected to dry mouth, gum disease, or other medical diseases such as acid reflux, diabetes, sinus issues, or liver or kidney illness.