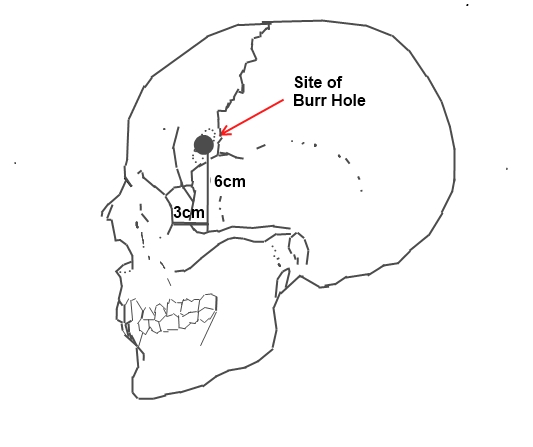 Lobotomy - also known as leucotomy, was a type of psychosurgery that included breaking connections in the brain's prefrontal cortex. Most of the connections to and from the prefrontal cortex, the anterior region of the brain's frontal lobes, were severed. For more than two decades, it was employed as a standard technique in several Western nations to treat mental problems and, on occasion, other ailments, despite widespread acknowledgment of frequent and dangerous adverse effects. Although some patients benefited in certain respects following the procedure, problems and disabilities – sometimes severe – were common. The operation was contentious from the start due partly to the trade-off between advantages and hazards. It is increasingly being rejected as a compassionate kind of treatment to protect patients' rights.

António Egas Moniz, a Portuguese neurologist, conducted the world's first lobotomy in 1935. In the beginning, he drilled holes in the skull and pumped pure alcohol into the frontal cortex, thus damaging brain tissue. The mission was a success. He reasoned that weakening the frontal-temporal link would end "abnormal" actions and painful thoughts.

Later, Moniz began removing tissue from the frontal lobes with a leucotome, a tool of his own creation.His discovery of prefrontal lobotomy as a harsh treatment for mental diseases earned him the 1949 Nobel Prize in Medicine.

An American prefrontal lobotomy was done a year later by physician Walter Freeman and neurosurgeon James Watts. Although Freeman liked this method, he wanted to create one that was faster, more productive, and required fewer resources and materials.

But Freeman wanted lobotomies to be faster. So, ten years after his first lobotomy in America, Freeman invented the transorbital lobotomy.Instead of drilling into the skull, he used an ice pick to cut the frontal lobe connections.He moved the ice pick inside, cutting the nerves linking the prefrontal cortex to the thalamus. "Ice pick lobotomy" was the modified procedure. Though his initial transorbital lobotomy was performed using an ice pick, Freeman eventually invented the orbitoclast.

An hour for the prefrontal lobotomy, ten minutes or fewer for Freeman's transorbital lobotomy. It might be done outside the hospital without anesthesia (using ECT to knock people asleep).

Portuguese psychiatrist António Egas Moniz created the "lobotomy." His first treatment involved drilling holes in the skull and injecting alcohol into the frontal lobes, hardening and toughening the white matter. Leucotomes remove six pieces of frontal lobe tissue. "May prove to be a beneficial surgical therapy in certain cases of mental disorder," he concluded, describing his prefrontal leucotomy as "a straightforward and safe procedure."

In addition to Dr. Walter Freeman, several notable Americans were there. His nomination for the Nobel Prize came after Dr. Moniz's leucotomy success. In 1947, he won.Drs. Freeman and Watts called their surgery "lobotomy" since it removed more tissue than Dr. Moniz's did. Rosemary Kennedy's Operation had mixed results but also several successes. They were allowed to go home and be with their family. Dr. Freeman received several Christmas greetings from grateful patients and their families.

Freeman wanted to make the operation simple enough that anybody could execute it without a neurosurgeon's help. A second leucotome, a household icepick, was utilized to develop the method. The leucotome was placed over the patient's eye, parallel to the nasal bridge, rather than drilling into the skull. That was the orbital plate, the eye socket's bone.

A mallet would push an instrument through the bone and into the brain. And he'd swing the leucotome 40 degrees out, then almost back in. Swing it 20 degrees towards the nose, then 30 degrees outward towards the face's perimeter. He'd lift the device, breaking the orbital plate and leaving victims blind. The procedure would be quick in both hemispheres of the brain. It started with an ice pick, but he finally created his leucotome after it. Orbitoclasts.

However, by the 1960s, most psychiatrists had stopped performing lobotomies. In 1967, Freeman's last lobotomy patient in Berkeley was Helen Mortensen. In 1946, she was one of his first lobotomy patients and relapsed in 1956. That year, Dr. Freeman lobotomized. Dr. Freeman conducted her third lobotomy in 1967 when she relapsed. This time she didn't make it. The hospital dismissed him, and he left.

The desired result of a lobotomy is a reduction in tension or agitation, and many of the first patients did show signs of these modifications. In addition to these impacts, several participants reported apathy, inactivity, a lack of initiative, a reduced capacity to focus, and an overall decline in their emotional responses to life depth and intensity.

The lobotomy technique can have a significant detrimental impact on a patient's personality and capacity to operate independently. Lobotomy patients frequently exhibit a significant decrease in initiative and inhibition. They may also have trouble putting themselves in the shoes of others due to diminished cognitive and social distance.

Walter Freeman created the phrase "surgically produced childhood," and he used it frequently to describe the effects of lobotomy. According to Freeman, the procedure left patients with an "infantile personality"; a period of development would eventually lead to recovery. He detailed how the "personality of the patient was modified in some manner in the intention of rendering him more susceptible to the societal circumstances under which he is meant to exist" in his unpublished memoir.

After lobotomy, he characterized one 29-year-old lady as a "smiling, indolent, and pleasant patient with the personality of an oyster" who couldn't recall Freeman's name and continuously poured coffee from an empty pot. When her parents were struggling to deal with her behavior, Freeman suggested a system of incentives (ice cream) and punishments (smacks).