Low Molecular Weight Heparin – Uses And Its Mechanism Of Action 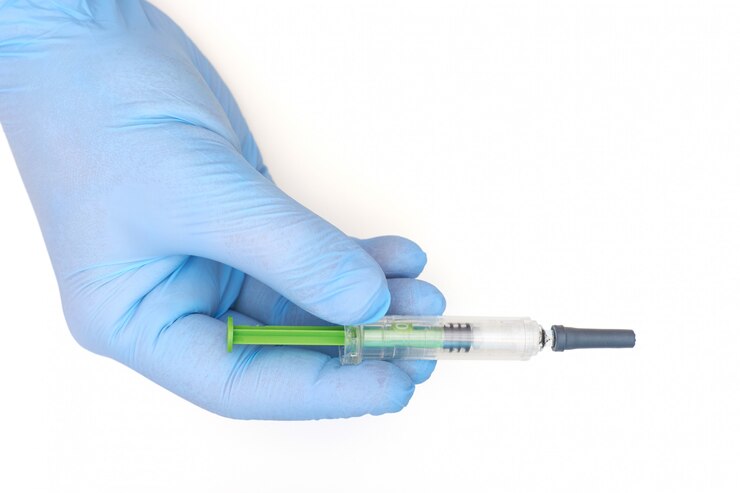 Anticoagulants belonging to the class known as low molecular weight heparin (LMWH) are put to use therapeutically for the treatment of thrombosis and prophylactically in situations with a high risk of thrombosis.

As its name indicates, low molecular weight heparin is generated from unfractionated heparin (UFH) by digestion or depolymerizing larger chains of heparin into shorter chains using chemical or enzymatic techniques.

What Is Low Molecular Weight Heparin?

Heparin is a polysaccharide that occurs naturally and slows the process of coagulation, which is the first step in the development of thrombosis. The molecular chains that make up natural heparin vary in terms of both their length and their molecular weight.

Polydisperse pharmaceutical-grade heparin is composed of chains with a wide range of molecular weights, ranging from 5,000 to over 40,000 Daltons. On the other hand, low molecular weight heparins are made up entirely of relatively short polysaccharide chains.

In addition, low molecular weight heparins must not include chains with a molecular weight of more than 8000 Da. The polymeric heparin is subjected to a variety of fractionation and depolymerization processes in order to produce these.

Therapeutic doses of heparin obtained from natural sources, most often the intestines of pigs or the lungs of cattle, may be given to patients to reduce the risk of thrombosis. On the other hand, the effects of natural heparin, also known as unfractionated heparin, are less predictable than those of low molecular weight heparin.

Anticoagulants include low molecular weight heparins such as dalteparin and enoxaparin. These medications are used in the prevention of venous thromboembolic illness (VTE) during acute or elective hospitalization, as well as in the treatment of deep vein thromboses and pulmonary embolism (PE).

The British National Formulary (BNF) and the National Institute for Health and Care Excellence (NICE) have approved the use of low molecular weight heparins for the following indications:

Because low molecular weight heparins are not the only drugs used for these objectives, a complete grasp of the different anticoagulants and their pros and downsides is required for a suitable prescription.

The previous common process is the conversion of fibrinogen to fibrin by thrombin activity. Antithrombin III is activated by low molecular weight heparins, which reduces coagulation.

Factor Xa is inhibited by antithrombin III. In doing so, it blocks activation of the last common route; Xa inactivation implies that prothrombin is not activated to thrombin, so fibrinogen is not converted into fibrin for clot formation.

LMWH allows outpatient treatment of illnesses such as deep vein thrombosis or pulmonary embolism that traditionally required inpatient hospitalization for unfractionated heparin administration since it may be administered subcutaneously and does not need activated thromboplastin time (APTT) monitoring.

Because LMWH has better predictable pharmacokinetics and anticoagulant efficacy than unfractionated heparin, it is preferred for patients with severe pulmonary embolism and the first therapy of deep vein thrombosis.

Prophylactic treatment of hospitalized medical patients with LMWH and comparable anticoagulants lowers the incidence of venous thromboembolism, particularly pulmonary embolism, compared to placebo or no intervention.

Recently, these medicines have been studied as anticoagulants in patients with the acute coronary syndrome (ACS) treated with percutaneous intervention (PCI).

In individuals at extremes of weight or in patients with renal impairment, the usage of LMWH must be continuously managed. Anti-factor Xa activity might be used to monitor anticoagulation.

Because of its renal clearance, LMWH may be ineffective in people with an end-stage renal illness. LMWH may also be administered to dialysis patients to keep the open cannulae and shunts.

Cancer patients are more likely to develop venous thromboembolism, and LMWHs are used to minimize this risk. The CLOT research, published in 2003, found that dalteparin was more effective than warfarin in lowering the incidence of recurrent embolic events in patients with cancer and acute venous thromboembolism.

Numerous recommendations urge using LMWH in cancer patients for at least the first 3 to 6 months of long-term therapy, which is currently considered standard of care.

High therapeutic dosages are not recommended in severe bleeding, such as brain or gastrointestinal hemorrhage. Because LMWHs are more reliant on renal function for excretion than unfractionated heparin, their biological half-life may be extended in patients with kidney failure, and their usage in the context of CrCl 30 mL/min may be contraindicated.

Aside from using unfractionated heparin instead, it may be able to lower the dosage and/or monitor anti-Xa activity to guide therapy.

The most frequent adverse effects include bleeding, which may be severe or even deadly, allergic responses, injection site reactions, and elevations in liver enzyme testing, which generally occur without symptoms.

Heparin and LMWH usage may occasionally be compounded by a reduction in platelet count, a problem known as Heparin Induced Thrombocytopenia. There are two types: a clinically benign, non-immune, and reversible variant (Type I) and a rare, more dangerous immune-mediated version (Type II).

HIT Type II is caused by the production of autoantibodies that identify complexes between heparin and platelet factor 4 (PF4) and is therefore linked with a significant risk of thrombotic events. The incidence is difficult to determine. However, it might reach up to 5% of UFH patients or roughly 1% of LMWH patients.

Subcutaneous injection is used to provide LMWH; this has long-term ramifications for the choice of anticoagulant for prophylaxis, such as in orthopedic patients recuperating from joint replacement surgery or in the treatment of DVT/PE.

Patients often detest injections, particularly self-administered ones, and prefer an oral alternative. There are oral solutions for anticoagulation in the non-pregnant population, which commonly chooses this choice. The oral route has fewer needle and sharps dangers.

These oral alternatives are inappropriate outside pregnancy due to placental transfer and hazards to the embryo/fetus. Because LMWHs have a longer half-life than heparin, the dosage is more predictable and may be less frequent, most often once per day. Patients with high body weight, on the other hand, will need greater dosages, and in some cases, two doses daily, depending on local administration guidelines.

What Is The Advantage Of LMWH?

LMWHs offer several benefits over UFH. These medicines have a higher bioavailability, may be taken subcutaneously, and have a longer anticoagulant action duration. A set dosage of LMWH may be administered, and activated thromboplastin time laboratory monitoring is not required.

What Is The Action Of Low-Molecular-Weight Heparin?

Heparin and LMWH work as anticoagulants by activating antithrombin (formerly known as antithrombin III), which speeds up the inactivation of the coagulation enzymes thrombin (factor IIA), factor Xa, and factor IXA.

What Is The Difference Between Heparin And Low-Molecular-Weight Heparin Drugs?

Polymeric heparin is fractionated to produce LMWH. The average molecular weight of LMWH varies from that of unfractionated heparin, as does the necessity for just a once or twice daily dose, the lack of activated thromboplastin time monitoring, and the decreased risk of bleeding, osteoporosis, and HIT.

What Drugs Are Low-Molecular-Weight Heparin?