Medicinal Plants - Its Application As A COVID-19 Vaccine 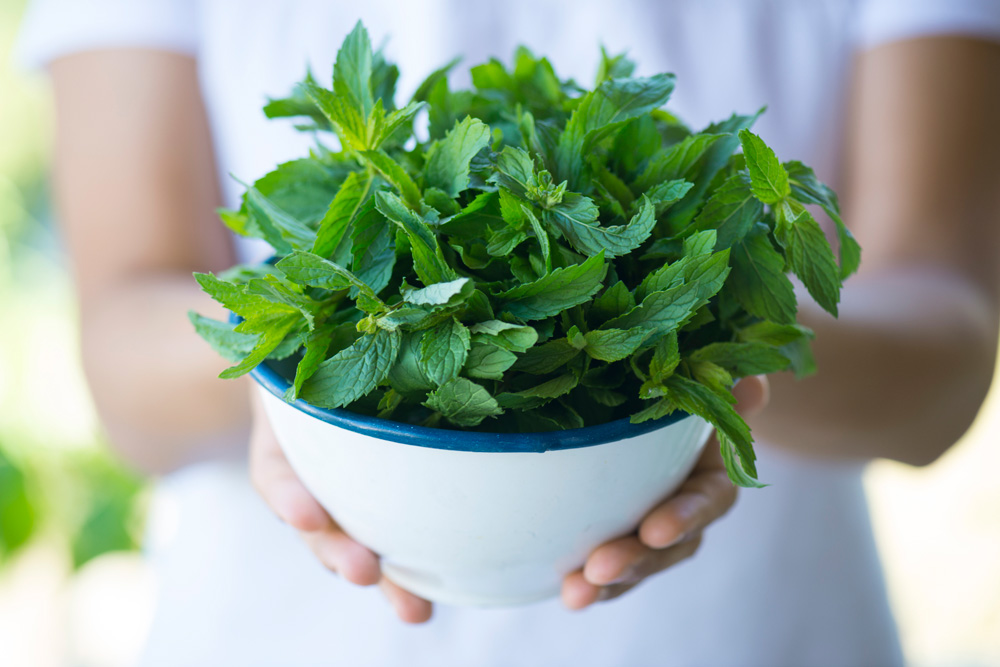 Since the beginning of the COVID-19 epidemic, herbal traditional remedies have been employed in China. In fact, 90% of the 214 people who were treated with these medicinal herbs got better.

Similar encouraging findings have been recorded in Zhejiang Province, China. Two Chinese traditional medicines, Shu Feng Jie Du and Lianhuaqingwen, have been suggested because they have been shown to help people who have had influenza A (H1N1) or SARS-CoV-1 in the past.

The use of traditional remedies was incorporated into the recommendations for the treatment and prevention of COVID-19 by a panel of specialists from Wuhan University's Zhongnan Hospital.

Several treatments based on medicinal plants were suggested for COVID-19 prevention. Doctors also suggested that different herbal mixes be used to treat the disease at different stages.

The angiotensin converting enzyme II (ACE2) was shown to be a critical functional receptor for the SARS-CoV-2, enabling it to bind to human and bat cells and hence replicate. SARS-CoV-2 attaches to host cells when the receptor binding motif—receptor binding domain (RBD) of the spike protein interacts with the ACE2 receptor.

Following entrance and uncoating, genomic RNA is translated into two polyproteins (pp1a and pp1ab), which are proteolytically cleaved to produce 15-16 nonstructural proteins. The double-membrane vesicle is then made when the nonstructural proteins change the way the cell membrane is set up.

The genomic RNA, on the other hand, is translated into subgenomic RNA, which results in the production of structural (spike, envelope, membrane, and nucleocapsid) and auxiliary proteins. In the end, the ER-Golgi intermediate complex is where the virus is made. It is then released through the secretory route.

Runfeng et al. looked into how inhibiting and anti-inflammatory Lianhuaqingwen was against SARS-CoV-2 in 2020. Lianhuaqingwen is a combination of 11 medicinal species, a mineral remedy called gypsum, and menthol.

Traditional Chinese medicine has used Lianhuaqingwen to treat fever, cough, tiredness, flu, bronchitis, pneumonia, and the early stages of measles. It has also been part of phase II clinical studies in the US.

These findings might be intriguing since cytokine storms have been identified as one of the COVID-19 fatal consequences. In a prior investigation, seven compounds (arctiin, forsythoside A, gallic acid, isoliquiritigenin, kaempferol, rutin, and secoxyloganin) were shown to have significant antiviral activity, with IC50 values ranging from 4.9 ± 0.1 (kaempferol) to 47.8 ± 1.5 µM (secoxyloganin).

Three individuals were confirmed to be COVID-19 negative after therapy and had substantial improvements in their symptoms. Another study on 132 COVID-19 patients in northeast Chongqing (China) found that traditional Chinese medicine was used by about 92% of them.

The research indicated that a combination of Kaletra and traditional medicine was the most effective treatment method.

The SARS-CoV-2 genome is able to enter host cells due to the SARS-CoV-2 spike protein attaching to host receptors. Phylogenetic analysis and key regions of ACE2 structure were used to suggest that various animals, including cats, pigeons, and sheep, would be crucial intermediate hosts for SARS-CoV-2. According to Hoffmann et al., SARS-CoV-2 enters human cells through the ACE2 receptor.

Furthermore, they revealed that TMPRSS2 inhibitors might be a potential treatment method against SARS-CoV-2. The transmembrane serine protease TMPRSS2 cleaves both ACE2 and the S protein. Ortega et al. used computer modeling to find out if changes in the SARS-CoV-2 Spike protein and the ACE2 receptor were linked.

They discovered that the SARS-CoV-2 spike protein has a higher affinity for human ACE2 than the Bat-CoV spike and ACE2. This work supported the idea that the ACE2 receptor is the main "bridge" that SARS-CoV-2 uses to spread from person to person.

Wrapp et al. discovered that the SARS-CoV-2 spike had a stronger affinity for ACE2 than the SARS-CoV. Adedeji et al. found that early inhibition of SARS-CoV by ACE2 inhibitors was one of the ways that new effective anti-SARS drugs worked.

Even so, three recent COVID-19 studies found that high blood pressure and diabetes mellitus greatly increased the chance of getting COVID-19, even when ACE2 drugs were used.

As a result, medicinal plant-derived products or natural products that can selectively block the ACE2 receptor without inhibiting enzyme activity may be useful in preventing and/or treating SARS-CoV-2 transmission in humans without increasing ACE2 expression in patients and thus increasing COVID-19 risk.

The complex is broken by the TMPRSS2 after the contact between the S spike protein (SARS-CoV-2) and the ACE2 (host cell). Matsuyama and his team found that SARS-CoV-2 is especially dangerous to cells that have a lot of TMPRSS2 expression.

Since binding to the ACE2 receptor, which is cut by the TMPRSS, is a requirement for SARS-CoV-2 viral entry, drugs that stop or slow down TMPRSS2 expression in human cells could be used to treat or prevent the disease.

Several studies have shown that natural items may either downregulate or repress TMPRSS2. At 5 and 15 μM concentrations, kaempferol inhibited TMPRSS2 expression by 49.14 and 79.48%, respectively. In a similar way, it was found that sulforaphane, which is an isothiocyanate, can stop the expression of TMPRSS2 by releasing and moving Nrf2 (nuclear factor (erythroid-derived 2)-like 2).

A flavonoids mixture with standardized amounts of luteolin, quercetin, and kaempferol greatly reduced the amount of TMPRSS2 expression.Even though the three flavonoids have different effects on the body, this study found that at low doses, they have a strong synergistic effect.

However, the effectiveness and safety of these drugs in COVID-19 patients remain unknown. Furthermore, modalities of delivery, digestive system health, and illness stage may restrict the therapeutic utility of such formulations and substances. Xu et al. revealed that cryptotanshinone at 0.5 μM has anti-TMPRSS2 action.

The SARS-CoV-2 genome encodes PLpro, one of the nonstructural proteins. This protease is essential for viral replication because it helps to cleave viral polyproteins (PP1A and PP1AB) into effector proteins. Furthermore, PLpro was shown to be an opponent of the host's innate immunity.

Actually, PLpro has been demonstrated to inhibit interferon production via inhibiting IRF3 phosphorylation, dimerization, and nuclear translocation, as well as the NF-κB signaling pathways (by preventing IκBα breakdown).

These effects were seen in the pathways of Toll-like receptor 3 and retinoic acid-inducible gene 1. Furthermore, SARS-CoV PLpro has been shown to suppress the TLR7 pathway by inactivating the TRAF3/6-TBK1-IRF3/NF-κB/AP1 signaling pathways.

Tomentin E had the strongest inhibitory impact, with an IC50 of 5.0 ± 0.06 μM. Compounds containing a 3,4-dihydro-2H-pyran moiety inhibited more effectively.The flavonoids from P. tomentosa were discovered to be reversible, mixed inhibitors.

SARS-CoV PLpro was significantly suppressed by alkylated chalcones in a dose-dependent manner, with an IC50 ranging from 1.2 ± 0.4 to 46.4 ± 7.8 µM. However, none of the coumarins tested showed a substantial inhibitory impact on SARS-CoV PLpro.

Isobavachalcone was shown to be a mixed inhibitor in kinetic experiments, while the other chalcones were noncompetitive. Interestingly, xanthoangelol E, an OOH substituted counterpart, had the highest inhibitory effect (IC50 = 1.2 ± 0.4 µM).

The findings demonstrated that hirsutenone, hirsutanonol, oregonin, rubranol, rubranoside B, and rubranoside A inhibited SARS-CoV PLpro in a dose-dependent manner, with IC50 values ranging from 3 to 44.5 µM. Hirsutenone had the strongest inhibitory impact, with an IC50 of 4.1 ± 0.3 µM, which was less than that of the reference inhibitor curcumin (5.7 µM). The inclusion of α,β-unsaturated carbonyl and catechol groups seems to be connected to the higher inhibitory activity of diarylheptanoids.

What Are Two Medicinal Plants?

Medicinal plants including Aloe, Tulsi, Neem, Turmeric, and Ginger treat a variety of diseases. In many regions of the nation, they are considered home cures. It is well known that many people use Basil (Tulsi) to make medications, black tea, for pooja, and for various purposes in their daily lives.

Which Flower Is Used As A Medicinal Plant?

Flowers: Plant flowers have long been used in traditional medicine. Clove and chamomile blossoms are two examples. Flower components such as saffron stamens, maize stigmas, and pollen are also employed. Fruits have long been utilized for therapeutic reasons.

Is Rose A Medicinal Plant?

The rose plant has several medical qualities, making it an excellent blood cleanser. This plant's anti-inflammatory and aphrodisiac properties help with a variety of health concerns such as intestinal ulcers and diarrhea. The whole plant has been utilized for therapeutic reasons in Ayurveda.

How Many Medicinal Plants Are There?

Worldwide, between 50,000 and 80,000 flowering plant species are utilized for therapeutic reasons, according to the International Union for Conservation of Nature and the World Wildlife Fund.

Medicinal plants and natural products are still seen as potential solutions for illness prevention and treatment. Since the COVID-19 pandemic's emergence in December 2019, numerous traditional herbal medications have been utilized with favorable health outcomes among COVID-19 patients, mostly in China.

Although studies on the anti-SARS-CoV-2 effects of medicinal plants are still insufficient and relatively immature, some natural products with IC50 values less than 10 µM could be considered promising anti-SARS-CoV-2 agents due to their ability to block its life-cycle related proteins such as the cellular receptor ACE2, papain-like or chymotrypsin-like proteinases.

Several constraints have been identified, including the specificity of the effect exerted by such items, the sustainable procurement of the species, the dosage range employed, and the application of adequate controls.

While existing research suggests that plant-derived products may aid in the battle against COVID-19, further research is needed to determine the therapeutic utility of such medicines against COVID-19 infection.

Aside from the necessity for clinical confirmation of their effectiveness and safety, the bioavailability of natural compounds with potential anti-SARS-CoV-2 properties, such as tannins, should be studied.