Memory Loss – How It Affects Your Life, Symptoms And Prevention 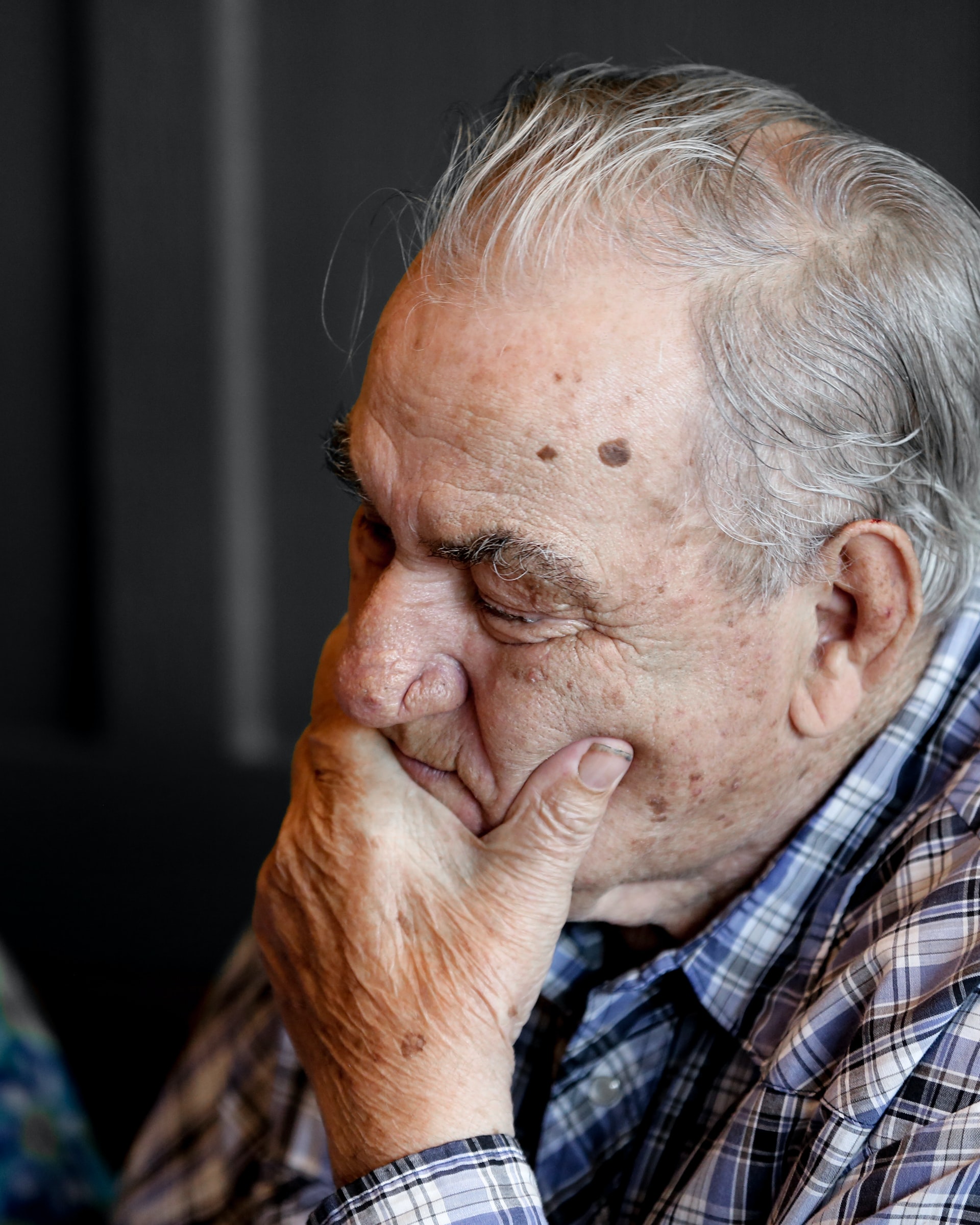 You may not recall recent events, one or more recollections from the past, or both.

Memory loss may occur for a brief time and then resolve (transient).

Alternatively, it may not go away and, depending on the source, may worsen over time.

Such memory impairment may interfere with daily life tasks in severe cases.

Everyone encounters forgetfulness on occasion.

Mild memory loss usually worsens with age and is no cause for concern.

However, progressive memory loss caused by disorders such as Alzheimer's might be dangerous.

Long-term memory loss occurs when you have difficulty remembering knowledge when you need it. As individuals become older, their long-term memory begins to deteriorate. This is a specific aspect of the aging process.

The most common symptom of long-term memory loss is forgetting things that occurred earlier in your life that were significant to you, such as the name of your high school or where you lived.

Other symptoms include mispronouncing words, such as calling a table a bed, forgetting basic terms, becoming disoriented in familiar surroundings, taking longer to do routine chores, and changes in mood and behavior, such as increased irritation.

Other forms of long-term memory loss may be caused by brain injury. Although not reversible, specific symptoms may improve depending on the severity of the damage and which areas of the brain are affected.

Some causes of long-term memory loss, such as dementias like Alzheimer's disease, are irreversible.

Short-term memory loss occurs when you forget something you recently heard, saw, or did. It's a specific aspect of becoming older, but it may also indicate something more serious.

Some short-term memory loss causes are progressive and worsen with time. These include dementia caused by Parkinson's or Huntington's disease.

Medication may assist in decreasing development and alleviate your symptoms. Some therapies, such as changing drugs or taking supplements, have an immediate effect. Others, such as therapy for mental illness or drug abuse, may take longer. Curcumin, derived from turmeric, has been shown to boost cognitive function, particularly memory.

Curcumin seems to have a favorable effect on several of the pathways damaged by Alzheimer's disease. The greatest dangers of short-term memory loss stem from underlying disorders, not from the memory loss itself.

Side effects are always possible with surgery and medication, although they are less frequent when under the care of a competent doctor.

The following diseases induce progressive brain deterioration and, as a consequence, dementia:

Each of these illnesses has a unique disease process (pathology). Memory loss isn't often the initial symptom, and the severity of memory difficulties varies.

Dementia often develops gradually and becomes more evident as it advances. Dementia may be caused by several disorders, the most prevalent being Alzheimer's.

Alzheimer's disease deteriorates memory and inhibits cognition, judgment, and the capacity to study, communicate, and do daily tasks. Alzheimer's patients might soon become confused and disoriented.

Long-term memories are often more robust and survive longer than current event memories. Although it may attack at any age, this progressive illness mainly affects adults over 65.

Memory loss or memory distortion may occur at any age in healthy persons. Some of these memory faults grow more obvious with age, but they are not regarded as markers of Alzheimer's or other memory-impairing conditions until they are severe and chronic.

This refers to the propensity to forget information or occurrences over time. You are quite prone to lose knowledge shortly after learning it. On the other hand, memory has a use-it-or-lose-it quality: memories regularly brought up and employed are less likely to be lost.

Although transience may seem a symptom of memory loss, brain scientists believe it is good because it clears the brain of unneeded memories, leaving room for newer, more valuable ones.

This form of forgetfulness happens when you don't pay attention. You've forgotten where you just placed your pen since you weren't paying attention to where you put it in the first place.

Because you were thinking about something else (or possibly nothing), your brain did not encode the information safely. Absentmindedness sometimes includes forgetting to do something at a particular time, such as taking medication or maintaining an appointment.

Someone asks you a question, and you know the answer is on the tip of your tongue – you can't think of it. The momentary inability to recover a memory is likely the most well-known example of blocking.

In many circumstances, the barrier is a memory identical to the one you're seeking, but you retrieve the incorrect one. This competing recollection is so distracting that you can't think of the memory you're looking for.

According to scientists, memory blocks grow more prevalent with age and explain older individuals' difficulty recalling other people's names. According to studies, individuals can regain around half of their repressed memories in under a minute.

Misattribution, like many other memory lapses, becomes increasingly prevalent with age. Because you have more incredible difficulty focusing and processing information quickly as you become older, you absorb fewer details while gaining knowledge. And your memories become older as you get older. Old memories, in particular, are prone to misattribution.

Suggestibility refers to your memory's susceptibility to the power of suggestion – information learned about an event after the fact gets integrated into your recall of the incident, even though you did not experience these details. Although little is understood about how suggestibility works in the brain, it tricks your mind into believing it's an actual memory.

Even the most precise recollection isn't a perfect representation of reality. Personal biases – experiences, opinions, past knowledge, and even your current mood Can affect your impressions in memory. When your views and experiences are stored in your brain, your biases influence them. When retrieving a memory, your mood and other preferences at the time might impact the information you remember.

Although everyone's opinions and preconceived conceptions influence their recollections, little study has been conducted on the brain processes behind memory bias or if it gets more frequent with age.

Most individuals are concerned about forgetting things. However, in certain circumstances, individuals are plagued by memories they wish they could forget but cannot. Another kind of memory difficulty is the persistence of memories of traumatic experiences, bad sentiments, and persistent worries. Some of these recollections are realistic depictions of gruesome occurrences, while others may be unpleasant distortions of reality.

People who are depressed are more likely to have persistent, distressing recollections. People who have post-traumatic stress disorder various are also affected (PTSD). PTSD may be caused by multiple traumatic circumstances, such as sexual assault or warfare experiences. Flashbacks are a vital aspect of PTSD. They are persistent, intrusive recollections of the traumatic incident.

In general, forgetting recent events is the hallmark symptom of short-term memory loss. This may eventually result in:

Forgetting things that happened earlier in your life that may have had some importance or significance for you, such as the name of your high school or where you lived, is the primary symptom of long-term memory loss. Other symptoms include not being able to recognize faces or recognize familiar objects.

Among the other symptoms are:

What Causes Memory Loss And Forgetfulness

Here are some of the more typical causes of memory loss:

The cause determines the treatment for memory loss. It may be reversible with therapy in many circumstances.

Medication-induced memory loss, for example, may be resolved by changing drugs.

When depression is present, addressing it may be beneficial to memory. In certain circumstances, such as after a stroke, treatment may help patients recall how to accomplish simple actions like walking or tying shoes.

The memory may improve with time in others.

Treatments may also be tailored to particular disorders associated with memory loss.

For example, medications to treat Alzheimer's disease-related memory impairments are available, and drugs to control blood pressure may help lessen the chance of additional brain damage from dementia caused by high blood pressure.

Although there are no certainties in avoiding memory loss or dementia, some activities may be beneficial. Consider the following strategies to improve your memory — and when to seek treatment for memory loss.

How Do I Know If My Memory Loss Is Serious?

Entering a room and forgetting why you're there—getting lost in familiar places—having difficulty remembering the names of strange individuals. I'm having trouble recalling critical facts from recent occurrences.

What Are The Three Types Of Memory Loss?

Memory loss may be classified into numerous forms. Following are three of those;

What Causes Forgetfulness And Memory Loss?

Stress, anxiety, and depression may all lead to forgetfulness, disorientation, trouble focusing, and other issues that impair everyday tasks. Alcoholism. Chronic drinking may harm mental ability. By mixing with drugs, alcohol may potentially induce memory loss.

What Are The Main Causes Of Memory Loss?

Memory loss may develop from fresh brain damage caused by or occurring after:

Memory loss is a common component of aging for many individuals and usually does not interfere with living or functioning freely.

It may, however, be a symptom of a more severe illness, such as dementia, a brain injury or infection, or other disorders such as Parkinson's disease.

Many of these suspected underlying illnesses are treatable, mainly if detected early. See your doctor if your memory loss is interfering with your life or if you are experiencing additional symptoms. Many reasons for memory loss are potentially curable.