MicroRNA Biogenesis – What Is Its Role In Tumor Angiogenesis 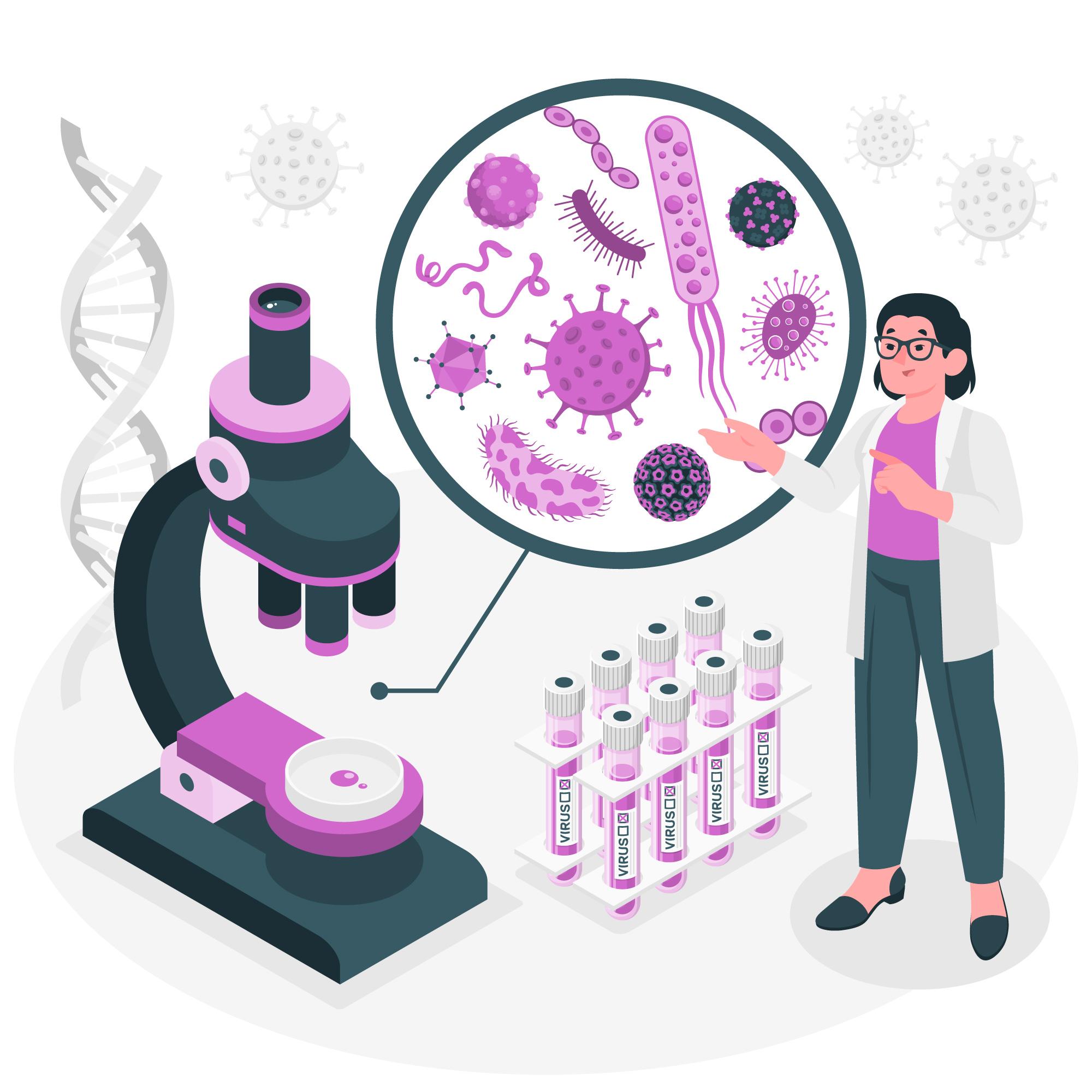 MicroRNAs are evolutionarily conserved tiny non-coding RNA molecules. They target many mRNAs, impacting different biochemical pathways, but mRNAs may also bind to multiple microRNAs, either concurrently or in a context-dependent fashion.

MicroRNAs have essential roles in various biological processes, including differentiation, proliferation, apoptosis, and development in health and illness.

Their dysregulation has a role in tumor formation and development. In tumors, they can act as either onco-microRNAs or oncosuppressor-microRNAs, which work in different biological pathways. The same microRNA can do both of these things depending on the environment.

What Is The Role Of MicroRNAs?

MicroRNAs (miRNAs) have come a long way since discovering the lin-4/lin-14 paradigm in Caenorhabditis worms. MicroRNAs have been found in eukaryotic species, viruses, and prokaryotic cells.

In the host, viral-derived microRNAs, known as v-microRNAs, may act as post-transcriptional gene regulators and viral genes. Their expression may increase the lifespan of infected cells, improve immune response evasion, and control the transition to lytic infection.

MicroRNAs in prokaryotic cells is a newer and unexplored study area. As eukaryotic microRNAs, they are about the same size and can be sent out of cells through vesicles. However, they are made and presented to target mRNAs in very different ways.

Mature microRNAs are small, single-stranded RNA molecules with a length of around 21–23 nucleotides, ideal for specific target genes and adaptability to develop towards novel gene targets.

What Is MicroRNA Biogenesis?

MiRNA biogenesis begins with DNA sequences known as microRNA genes or clusters of genes that are solely transcripted as microRNA molecules or collectively as polycistronic transcripts.

MicroRNAs may also be found in an intron or untranslated region (UTR) of a protein-coding gene. There are two types of biogenesis pathways: canonical and non-canonical.

Biogenesis of miRNAs and mode of action

Primary microRNAs are transcribed from their genes by RNA polymerase III and then processed into precursor microRNA (pre-microRNAs) by the Microprocessor complex in the canonical biogenesis pathway.

The microprocessor identifies particular patterns in the pri-microRNA and cleaves them at the base of the distinctive hairpin form. Afterward, a complex comprising exportin5 and RAS-related nuclear protein-guanosine-5'-triphosphate-ase transports pre-microRNAs from the nucleus to the cytoplasm (Ran-GTPase).

RISC with a loaded microRNA (microRISC) inhibits numerous phases of protein synthesis while also influencing mRNA target stability. In detail, the microRNA in the RISC complex uses complementary nucleotides to direct it to an mRNA target.

The mRNA target-site is usually in the 3'untranslated region (3'UTR), while the corresponding sequence on microRNA is 2-7 nucleotides long. The target mRNA remains stable after identification, but microRISC hinders translation by inhibiting translation elongation or ribosome drop-off.

Finally, following deadenylation and degradation, mRNA is destroyed. Translational repression and target mRNA degradation seem to be spatiotemporal uncoupling processes at this time.

A sequence of post-translational modifications (PTMs) influencing the microRNA processing machine may modulate microRNA levels and activity. Changes in microRNA biogenesis may both promote and support cancer development.

The oncogene p53 promotes cancer by interacting with Drosha in the Microprocessor complex. Mutations in p53 occur in 50% of human malignancies. Cancer is aided by changing expression levels of miRNA processing machinery components such as Drosha, DGCR8, and Dicer, which are either down-regulated or up-regulated in various malignancies.

MicroRNAs may be processed from unanticipated non-coding RNAs by methods that vary depending on cell type and cellular state, in addition to the conventional route. MiRtron-derived pri-microRNAs match the whole intronic sequence of the mRNA-encoding genes in which they are found.

Dicer does not digest pre-miR-451 because its stem-loop structure is too short. This miRNA is implicated in the development and progression of various malignancies. The significance of non-canonical microRNAs in cancer formation is unknown.

They may influence mRNA stability by binding to it directly, limiting protein translation, or cleaving a partly complementary target site.

A macromolecular polymer called poly-ADP-ribose (pADPr) is added to specific proteins as a post-translational modification. pADPr is a critical regulator of microRNA post-translational changes in the cytoplasm and, as a result, mRNA expression levels.

They demonstrated that under stress, granules were rich in mRNA binding proteins using an immunoprecipitation technique and GFP fusion technology in four human cell lines under varied experimental settings.

Paradrylation of proteins during viral infection alleviates miR-17/93 family regulation of interferon-stimulated genes with microRNA target sites in their 3′ untranslated regions. This suggests that cells reduce microRNA pathway activity by PARylation of Ago2 complexes in response to viral infection.

Reduced expression of PARP13 in liver, colon, and bladder malignancies was confirmed by immunohistochemical responses on tissue microarrays comprising tumor and normal tissue.

PARP1 expression was higher in breast, uterine, lung, ovarian, skin, and non-lymphoma Hodgkin's cancers. The oncomir miR155-5p was predominantly increased in breast cancer and was linked to a more aggressive kind and a poorer result.

The significant change of microRNAs in malignancies is abnormal gene expression caused by amplification or deletion of specific genomic regions. Transcription factors, including p53, c-Myc, nuclear receptors, and RAS, regulate microRNA production and are often linked to cancer.

Oncogenic miR-146b-5p inhibits microRNA production by targeting and suppressing Dicer expression. Dysregulation of pre-miRNA export, Dicer, and Ago2 are all involved. Tumor cell proliferation, migration, invasion, and EMT are all aided by Dicer deletion and down-expression.

MiR-744 increases Cyclin B1 transcription by recruiting RNA polymerase II and trimethylating histone-3 at lysine-4 in the promoter region. In the nucleus of HCT116 colon cancer cells, miR-10a works as a transcriptional repressor of Hoxd4.

MicroRNAs are molecules that communicate between cells and may travel large distances to impact destination cells. During cellular events such as secretion, apoptosis, inflammation, and necrosis, circulating microRNAs may be released from all cell types as complexes coupled with Argonaute proteins.

MicroRNAs may function as oncogenes or tumor suppressors in malignancies. The same microRNA may engage in many pathways, each with a specific impact on cell survival, growth, and proliferation. Pre-miRNA levels were discovered to be changed in many kinds of cancers but not active molecules.

These characteristics of tumor blood vessels contribute to and perpetuate a hypoxic microenvironment. It is feasible to distinguish four microRNAs' action modes on tumor angiogenesis.

In the first instance, changes in tumor cells affect the phenotypes of ECs through altering the microenvironment or intercellular interaction. Second, genetic and epigenetic modifications in ECs influence the cell's phenotypes.

In a paracrine manner, tumor cell-derived microRNAs influence the expression of pro or anti-angiogenic molecules. MicroRNAs are crucial in the development of new blood vessels. They play a role in angiogenesis, vascular co-option, and vasculogenic mimicry.

The key microRNAs in this network where VEGF drives tip cell specification have been identified as miR-424-5p up-expression and miR-29a-3p down-expression.

Lymphoma is a malignancy that starts in immune system cells called lymphocytes-T and B. Non-Hodgkin Lymphoma (NHL) and Hodgkin Lymphoma are the two main kinds of lymphoma.

Non-Hodgkin Lymphoma can begin in any lymph node in the body, but Hodgkin Lymphoma usually starts in the upper region of the body. In stem and progenitor cells, microRNAs govern cell fate and lineage commitment. MicroRNA dysregulation has been discovered in solid tumors as well as hematologic cancers.

MicroRNAs play a role in human lymphoma. When compared to healthy blood and pediatric leukemia patients, miR155 was 100-fold higher in children with Burkitt lymphoma. miR-155 affects the functioning of both B and T lymphocytes.

This medication may de-repress cobomarsen in patients with mycosis fungoides cutaneous T-cell lymphoma. The miR-17-92 polycistronic cluster, which encodes six microRNAs, is implicated in immune cell development, lymphoma, and angiogenesis.

Increased neoangiogenesis was observed in p53-null colonocytes co-expressing K-RAS and c-Myc, which was connected with the downregulation of anti-angiogenic thrombospondin-1 (Tsp1) via miRs.

How Are MicroRNAs Synthesized?

What Are The Main Differences Of MicroRNA Biogenesis In Animals And Plants?

In contrast to animals, plant miRNA/miRNA synthesis is finished within the nucleus in a nuclear processing unit known as dicing bodies (D-bodies).

Another notable distinction is that plant miRNAs are invariably methylated at their 3′ ends, but most animal miRNA gene products are not.

What Is MicroRNA, And How Does It Work?

The term microRNA refers to a type of molecule that helps cells manage the types and amounts of proteins they produce.

Cells, in other words, use microRNA to help control gene expression. MicroRNA molecules can be found in cells and circulation.

What Is The Canonical Biogenesis Route Adopted By Most MiRNAs When They Are Transcribed From DNA Sequences?

The microprocessor complex, which consists of an RNA binding protein DiGeorge Syndrome Critical Region 8 (DGCR8) and a ribonuclease III enzyme, Drosha, transcribes pri-miRNAs from their genes and then processes them into pre-miRNAs.

The human genome contains about 200,000 mRNAs and roughly 2,600 mature microRNAs. Every step of microRNA synthesis is carefully regulated. This includes microRNA transcription, processing by Drosha and Dicer, transport, RNA-induced silencing complex binding, and destruction of microRNA.

Angiogenesis and the progression of numerous hematological malignancies are well documented, and anti-angiogenic medicines promise to be a feasible therapeutic option. Endostatin, immunomodulatory medications (e.g., Thalidomide), and antibodies are insufficient to restore "normal" lymphoma angiogenesis.

Some of the microRNAs may be able to plug some of the gaps, and two clinical trials for miR-155 are now underway. The sequencing of the miRNome and the mapping of microRNA-mRNA interactions are far from finished.