MicroRNA – Overview Of Its Role In Gene Expression Regulation 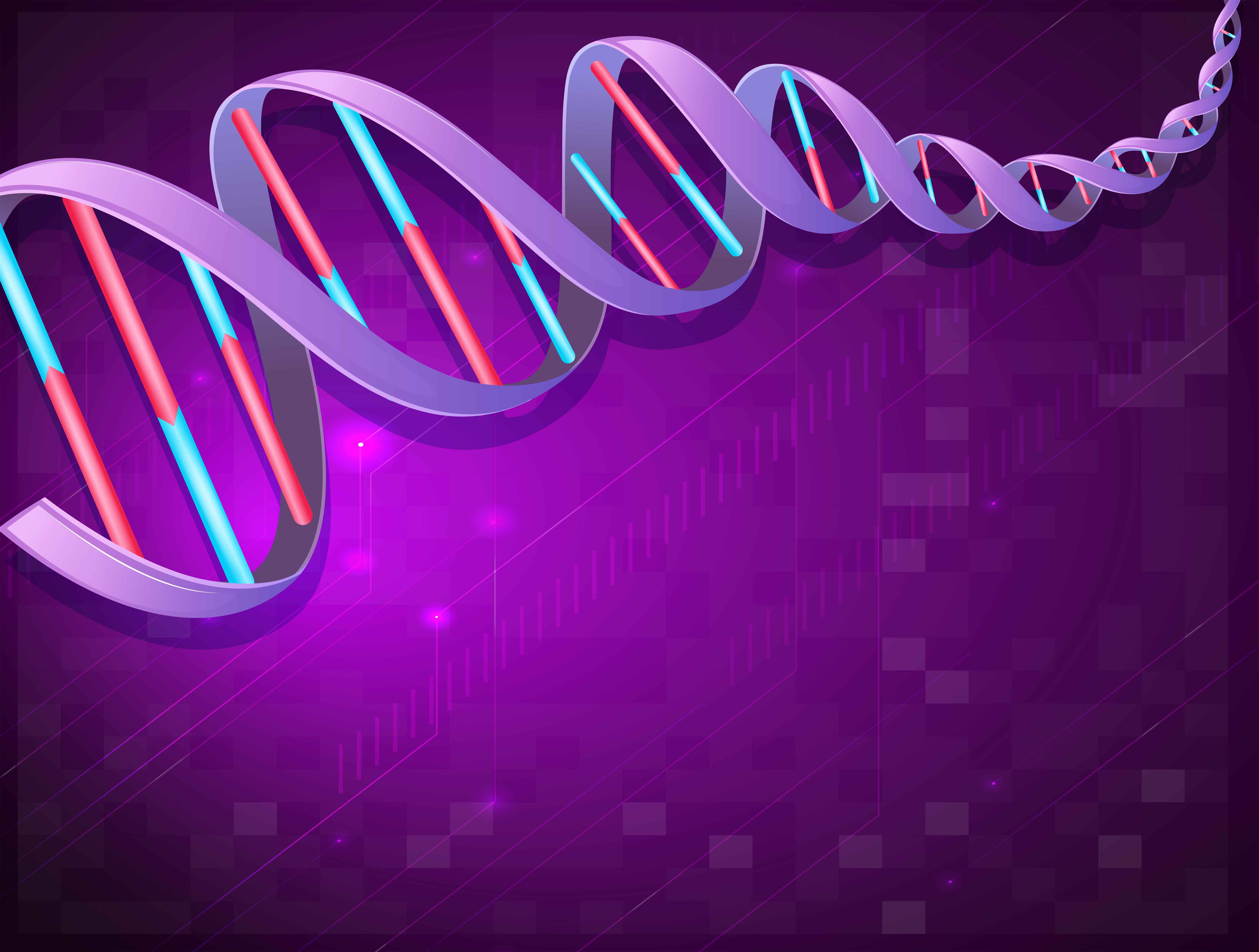 MicroRNA is a non-coding RNA that functions in gene expression regulation. The vast majority of microRNAs are transcribed from DNA sequences into primary microRNAs, then processed into precursor microRNAs, and then mature microRNAs.

In most situations, it binds to the 3′ UTR target mRNAs, affects mRNA stability and translation, and causes mRNA degradation and translational repression. However, microRNAs have been shown to interact with other areas such as the 5′ UTR, coding sequences, and gene promoters.

MicroRNAs may also initiate translation or control transcription in specific situations. The interaction of microRNAs with their target genes is dynamic. It is influenced by various parameters, including microRNA subcellular localization, the abundance of microRNAs and target mRNAs, and the affinity of microRNA-mRNA interactions.

MicroRNAs may be released into extracellular fluids and delivered to target cells through vesicles like exosomes or by attaching to proteins like Argonautes. Extracellular microRNAs act as chemical messengers, allowing cells to communicate with one another.

MicroRNA biogenesis begins with the post-or co-transcriptional processing of RNA polymerase II/III transcripts. Approximately half of all presently discovered microRNAs are intragenic, transcribed mostly from introns and a few exons of protein-coding genes, whereas the remainder is intergenic, produced independently of a host gene and controlled by their promoters.

Sometimes microRNAs have transcribed as a single lengthy transcript termed a cluster, which may contain comparable seed regions and is referred to as a family. MicroRNA biogenesis is divided into canonical and non-canonical pathways.

To cause translational repression and mRNA deadenylation and decapping, microRNAs attach to a particular region in the 3′ UTR of their target mRNAs. Other mRNA regions with microRNA binding sites have been discovered, including the 5′ UTR, coding sequence, and areas within promoters.

MicroRNA binding to the 5′ UTR and coding areas has been shown to silence gene production, while microRNA contact with the promoter region has increased transcription.

The guide strand and Argonaute make up the minimum microRNA-induced silencing complex (miRISC). MiRISC's target specificity is owing to its interaction with complementary regions on target mRNA, known as microRNA response elements (MREs).

Argonaute 2 endonuclease activity is induced by a complementary microRNA: microRNA response elements interaction, which directs mRNA cleavage. This interaction, however, destabilizes the link between Argonaute and the 3′ end of the microRNA, causing it to degrade.

Although most researchers have focused on how microRNAs suppress gene expression, some have also revealed that microRNAs up-regulate gene expression. Argonaute 2 and another protein linked to the microRNA-protein complex (microRNAs), Fragile-x-mental retardation related protein 1, were shown to bind with AU-rich regions (AREs) at the 3′ UTR to trigger translation in serum-starved cells.

Several microRNAs, including let-7, have been linked to Argonaute 2 and FXR1 to promote translation during cell cycle arrest while suppressing translation in proliferating cells. MicroRNAs were also shown to upregulate gene expression in dormant cells like oocytes.

At gene loci with active transcription, miRISC modulates both transcriptional rates and post-transcriptional levels of mRNA. Argonaute 2 shuttles between the nucleus and the cytoplasm through its interaction with TNRC6A (a GW182 family protein that carries a nuclear localization and export signal).

How Does MicroRNA Work?

According to research, microRNA-mediated gene regulation is dynamic and helps to stabilize gene expression. Functionalized compartmentalization and miRISC shuttling within cells are two factors that may contribute to resilience.

The number and availability of microRNAs and their target mRNAs are additional factors. MiRISC has been found at many subcellular sites. MiRISC is found in large amounts at sites where transcription occurs, and it may interact with DNA to make chromatin more active or less active.

It may also interact with nascent mRNA to induce more efficient or different splicing processes. P-bodies are cytoplasmic foci devoid of ribosomes but abundant in enzymatic mRNA degradation machinery. They develop as a result of RNAi and RNA degradation in an RNA-dependent way.

The p-body buildup was miRISC-dependent and reversible after Taxol therapy. MiRISC:mRNA complexes coupled to polysomes were shown to have higher translational inhibition and mRNA degradation degrees.

The dynamics of microRNAs and the networks of cellular gene expression The total number of accessible binding sites on all targetable RNA molecules in a cell is referred to as a microRNA response element load.

Disorders such as oncogenesis may impact microRNA control of target mRNA by highly synergistic microRNAs. MicroRNA synergism has also been used to develop medicinal strategies.

Upregulation of some microRNAs in certain malignancies may work together to suppress CDKN1A. The location of miRISC affects the activity of microRNA when conditions inside a cell change, such as when a cell is stressed or hungry.

How Do MicroRNAs Circulate?

In contrast to RNA species inside cells, extracellular microRNAs are very stable. They don't break down at room temperature for up to 4 days and can survive bad conditions like boiling, many freeze-thaw cycles, and high or low pH.

In bodily fluids, two populations of extracellular microRNAs occur. The first one is found in vesicles like exosomes, microvesicles, and apoptotic bodies. The second one is linked to proteins, especially Argonaute 2.

Some extracellular microRNAs are thought to be byproducts of cellular activity, such as cell damage or death, but there is growing evidence that the release is controlled.

Exosomal microRNAs are released through a ceramide-dependent mechanism, and the microRNAs produced have growth regulatory effects on target cells.

What Is MicroRNA Used For?

The term "microRNA" refers to a molecule that helps cells manage the types and quantities of proteins they produce. Cells, in other words, employ microRNA to help regulate gene expression. MicroRNA molecules may be found in cells and the circulation.

What Is The Difference Between MRNA And MicroRNA?

As a result, a microRNA controls numerous mRNAs, and many microRNAs regulate an mRNA. The relationship between microRNAs and mRNAs for regulation or non-regulation is not one-to-one: there is a complex correspondence, "many-to-many."

What Type Of RNA Is MicroRNA?

MicroRNA is a single-stranded RNA that is 18–25 nucleotides long. Instead of being translated into protein, it is transcribed from DNA and affects the actions of other genes involved in protein synthesis. As a result, microRNAs are genes that regulate the expression of other protein-coding genes.

How Many MicroRNAs Do Humans Have?

Over 2000 microRNAs have been identified in humans, and it is thought that they collectively control one-third of the genes in the genome.

MicroRNAs have been connected to a variety of human disorders and are being researched for use as clinical diagnostics and therapeutic targets.

Where Are MicroRNAs Found?

Mature microRNAs are found in various subcellular sites in the cytoplasm, including RNA granules, endomembranes, and mitochondria, and are secreted outside the cell through exosomes.

Recent research has shown that mature microRNAs may also relocate to the nucleus, where they may play an epigenetic regulatory role.

Since their discovery in the 1990s, it has become evident that microRNAs are potent gene regulators that affect mRNA stability and translation and play a role in transcription.

Assaying microRNA activity in a test tube may not represent the cellular milieu and should therefore be interpreted with care. The degree to which such data represents endogenous microRNA activities in vivo warrants additional investigation.

Recent developments in single-molecule imaging will significantly influence the discipline, which has already started. Seeing the movement of single microRNAs and mRNAs with great accuracy in space and time would help us understand this complicated process in a way we haven't seen before.