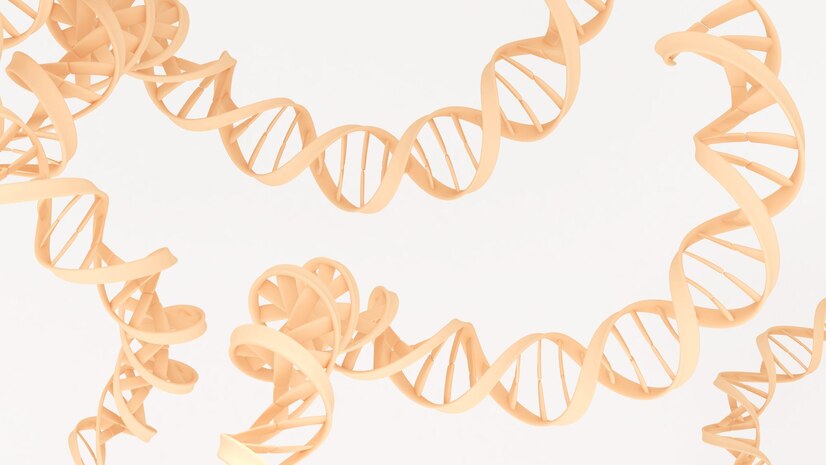 Oxidative stress is a key source of DNA damage as higher amounts of reactive oxygen species (ROS) may result in DNA oxidation.

Extracellular matrix remodeling is a constant and highly regulated system that enables tissues to adapt to various stresses influenced by oxidative stress and DNA damage.

Both conditions impede the restoration of normal physiological balance in cells and tissues, negatively influencing tissue and organ function.

Many studies have revealed that oxidative stress regulates the production and stability of several collagens, including collagen I, the most abundant fibrous protein in the extracellular matrix.

This paper looks at how oxidative stress affects the production or structure of the most researched extracellular matrix glycoproteins. Collagen deposition is necessary for wound healing, but excessive amounts may cause tissue harm, such as fibrosis.

Several studies have demonstrated that high levels of oxidative stress cause increased collagen I and III levels, which contribute to cardiac fibrosis.

In cardiac fibrosis, antioxidant treatment has been demonstrated to lower collagen levels. It has recently been proposed that vitamin C might aid musculoskeletal disease recovery by reducing the amounts of ROS linked with the inflammatory response.

In vitro and the setting of diabetes, oxidative damage caused by high glucose levels promotes the expression of FN1. Treatment with the ROS scavenging enzyme superoxide dismutase (SOD) resulted in lower fibronectin levels and decreased renal injury in diabetic rats.

Hypochlorous acid produced by myeloperoxidase activity in neutrophils has also been demonstrated in vitro to trigger changes that inhibit cell adhesion and boost the proliferation of smooth muscle cells.

P53 can function as a transcription factor that regulates FN1 transcription directly. In knockout mice, senescent cells were eliminated, and liver fibrosis was alleviated primarily through transcriptional downregulation of collagen type I 1 (COL1A1).

The idea that oxidative stress and DNA damage cause changes in the extracellular matrix in the context of many illnesses is gaining traction.

Some disorders are caused by mutations in genes that code for extracellular matrix components and proteins that connect the extracellular matrix to the cytoskeleton, notably collagens, laminin 211, and dystrophin, to see if they are related to oxidative stress and DNA damage.

Collagen I is found in many connective tissues. Osteogenesis imperfecta is an illness characterized by brittle bones, small stature, and muscular weakness caused by mutations in the COL1A1 and COL1A2 genes. Recent research employing the Col1a2oim mouse demonstrated that mice homozygous for the mutation had mitochondrial abnormalities in their muscles.

Collagen VI is a kind of collagen found mostly in muscles, tendons, and skin. This gene mutation is linked to Ullrich congenital muscular dystrophy and Bethlem myopathy.

The lack of collagen VI causes an increase in ROS generation in the mitochondria, which may contribute to the observed muscle fiber damage.

The LAMA2 gene encodes the laminin 2 chain of laminin 211, commonly known as MDC1A (merosin-deficient congenital muscular dystrophy). Mutations in this gene cause LAMA2-CMD, a disorder characterized by muscular weakening, fibrosis, and persistent inflammation.

Analysis of mouse models and human biopsies reveals an increase in oxidative stress in both the early and late phases of the illness, indicating that oxidative stress plays a key role in disease development.

Another antioxidant, vitamin E, was administered to the same mouse model and decreased the number of apoptotic fibers and inflammation. Both antioxidants improved skeletal muscle shape, most notably by correcting the number of tiny fibers.

The use of antioxidant medications such as vitamin C or SOD and therapy with the antioxidant NAC lowered ROS levels.

Duchenne muscular dystrophy patients have higher oxidative stress and high levels of DNA damage, and cells produced from these individuals are more vulnerable to DNA-damaging chemicals than control cells.

Dystrophin-deficient human pluripotent stem cells (DMD hPSC) development showed that these cells have a high amount of ROS, which leads to an increase in ROS-induced DNA damage.

Mutations in the genes that code for extracellular matrix components or related proteins can cause oxidative stress and DNA damage. Some research has questioned whether oxidative stress is a primary or subsequent event in disease development.

Understanding the precise processes behind the increase of oxidative stress in each phase of these illnesses is critical for developing targeted therapeutics.

What Is The Difference Between Oxidative Stress And Stress?

Oxidation is a natural and essential process that occurs in your body. When there is an imbalance between free radical and antioxidant activity, oxidative stress arises.

What Is Oxidative Stress In The Brain?

Oxidative stress arises when there is an excess of free radical generation due to a deficiency in the antioxidant response system. Because of its high oxygen consumption and fat content, the brain is very vulnerable to oxidative stress.

What Happens To Cells With Oxidative Stress?

Oxidative stress has more negative effects than positive ones. It can degrade cell tissue and destroy DNA. Inflammation may occur from this injury. These variables may lead to life-long disorders such as diabetes or cancer in certain situations.

What Is Oxidative Stress In The Body?

The phenomenon of oxidative stress is generated by an imbalance between the creation and accumulation of reactive oxygen species in cells and tissues and the capacity of a biological system to detoxify these reactive products.

It is crucial to characterize all actors and intermediates involved in the relationship between oxidative stress and extracellular matrix remodeling. Only with further information can new prospective routes and targets be found.