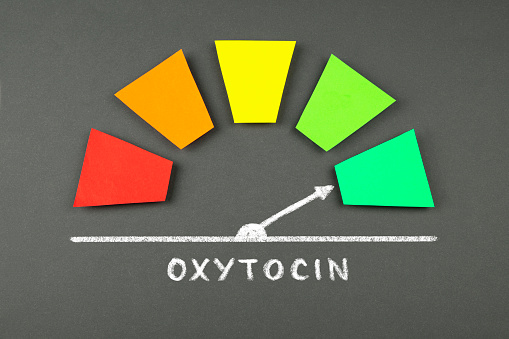 Oxytocin is a chemical messenger that has a function in social bonding, social memory, love, and intimacy. Oxytocin also has maternal roles before, during, and after delivery. Oxytocin is important for a good human experience. It's naturally produced when we contact, embrace, or orgasm. (For example, oxytocin levels may surge during the first six months of courting.) Oxytocin affects mother physiology, psychology, and behavior. The vagina releases oxytocin when the cervix opens, increasing uterine contractions. Nipple stimulation allows for the release of oxytocin and the “letting down” of milk. Oxytocin has been related to strong maternal-child bonds.

Oxytocin has been tested as a treatment for autistic people's anxiety symptoms and social abilities, particularly their ability to make eye contact and recognize emotions. It may also aid in the reduction of repetitive behavior and the relief of gastrointestinal pain.

What Is The Concept Of Oxytocin Treatment For Autism?

Oxytocin aids in the development of social skills and the reduction of repetitive behavior. Some autistic persons have lower amounts of oxytocin, and their brains process oxytocin differently than other people's brains, according to research. Supporters of this therapy claim that oxytocin plays a role in the development of autism and that it might be used to improve social skills and reduce repetitive behavior. However, the functions of oxytocin in the body and their impact on behavior are not completely understood. Oxytocin can be administered through injection, nasal spray, or lozenge under the tongue. Nasal spray has been employed in the majority of investigations. The administration of oxytocin does not take long, although the therapy may be continuing. The cost of oxytocin varies based on the type utilized - nasal spray, injection, or lozenge. The research yields conflicting outcomes. Some study has demonstrated that this therapy has favorable impacts on social behavior and physiology, but there have also been reports of detrimental consequences.

Although oxytocin is usually thought to be safe, certain significant adverse effects have been observed. More high-quality research is needed to balance any favorable outcomes against any negative consequences, side effects, and long-term hazards. Furthermore, the majority of research to date has focused on short-term use and usage by autistic people.

Why Is Oxytocin Called The Love Drug?

Oxytocin, sometimes known as the "love hormone," is a naturally occurring hormone and neurotransmitter generated in the brain and released into the circulation by the pituitary gland. To aid reproductive activities, the hormone is produced during delivery, sex, and nursing. The hormone appears to be present in both males and women. It is involved in sperm motility and testosterone production. The "love hormone" has an important function in social relationships as well as sexual reproduction. According to a 2012 study, participants in the early phases of romantic connection had increased levels of oxytocin, which lasted for at least six months. Similarly, the hormone is activated during sexual activity and orgasms. When the hormone is released into certain areas of the brain, it can impact mood as well as cognitive and social behavior. Oxytocin induces sentiments of love and protection, which occur naturally when parents and children gaze into each other's eyes or hug. Empathy, trust, and the processing of bonding cues are some of the other relationship-enhancing impacts.

Skin-on-skin contact is one of the reasons why humans snuggle and release oxytocin. But does other touch have the same effect? Yes, massage has been shown to boost oxytocin production and release in both the giver and receiver's brains. This rise in oxytocin helps explain some of the benefits of massage, such as relaxation, de-stressing, lessening of pain, and good vibes. A massage may be just the thing to lift your spirits if you're down. It can even assist with despair and anxiety. Based on our knowledge of oxytocin, we may deduce that the benefits of massage are attributable to hormonal changes in our bodies. It's one of the reasons why getting a couple's massage is so beneficial.

Oxytocin is used to treat a variety of ailments and promote healthy aging. An injectable or sublingual pill, oxytocin is a prescription drug that can be used topically or nasally. Oxytocin can be put under the tongue and absorbed directly into the bloodstream. If you lack oxytocin, taking a supplement may help. Finding the source of an oxytocin deficit is crucial. Low oxytocin levels can be caused by genetics, hormonal abnormalities, and dietary inadequacies. In 2011, Menopause reported that topical oxytocin treatment helped alleviate vaginal atrophy. Postmenopausal women's sex discomfort is often caused by vaginal atrophy. High dosages of oxytocin were injected into the vagina, and most women reported improvement. China is researching oxytocin as a headache cure. A 2013 Neuropeptides study revealed oxytocin (OXT) sprayed up the nose helped relieve headaches. “The findings showed that intranasal OXT, which was administered to the central nervous system through the olfactory area, may cure human headache,” they wrote. The fact that your body naturally produces oxytocin and that it has few adverse effects when used in tiny amounts contributes to its safety. Excessive usage might produce weariness owing to lowered levels of cortisol, a stress hormone.

Oxytocin is a promising pharmaceutical therapy for enhancing social cognition in a wide range of mental conditions. It is simple to administer, inexpensive, and may have few side effects. In recent years, there has been an increase in the number of clinical trials to assess oxytocin's efficacy in alleviating social dysfunction, mostly in psychiatric populations but also in other illnesses impacted by social deficiencies. However, there are still significant gaps in this field of study. Despite the fact that the significance of oxytocin in the regulation of social behavior is now undeniable, the area of oxytocin-based pharmacotherapy is littered with tiny studies that provide contradictory outcomes. Several issues that are crucial to informing therapies have not been addressed systematically while planning clinical trials. To understand the success of oxytocin and who could benefit from its therapy, data from imaging, genetic, and neuroendocrine biomarkers must be combined with standardized evaluations of social behaviors, including longitudinal follow-ups.