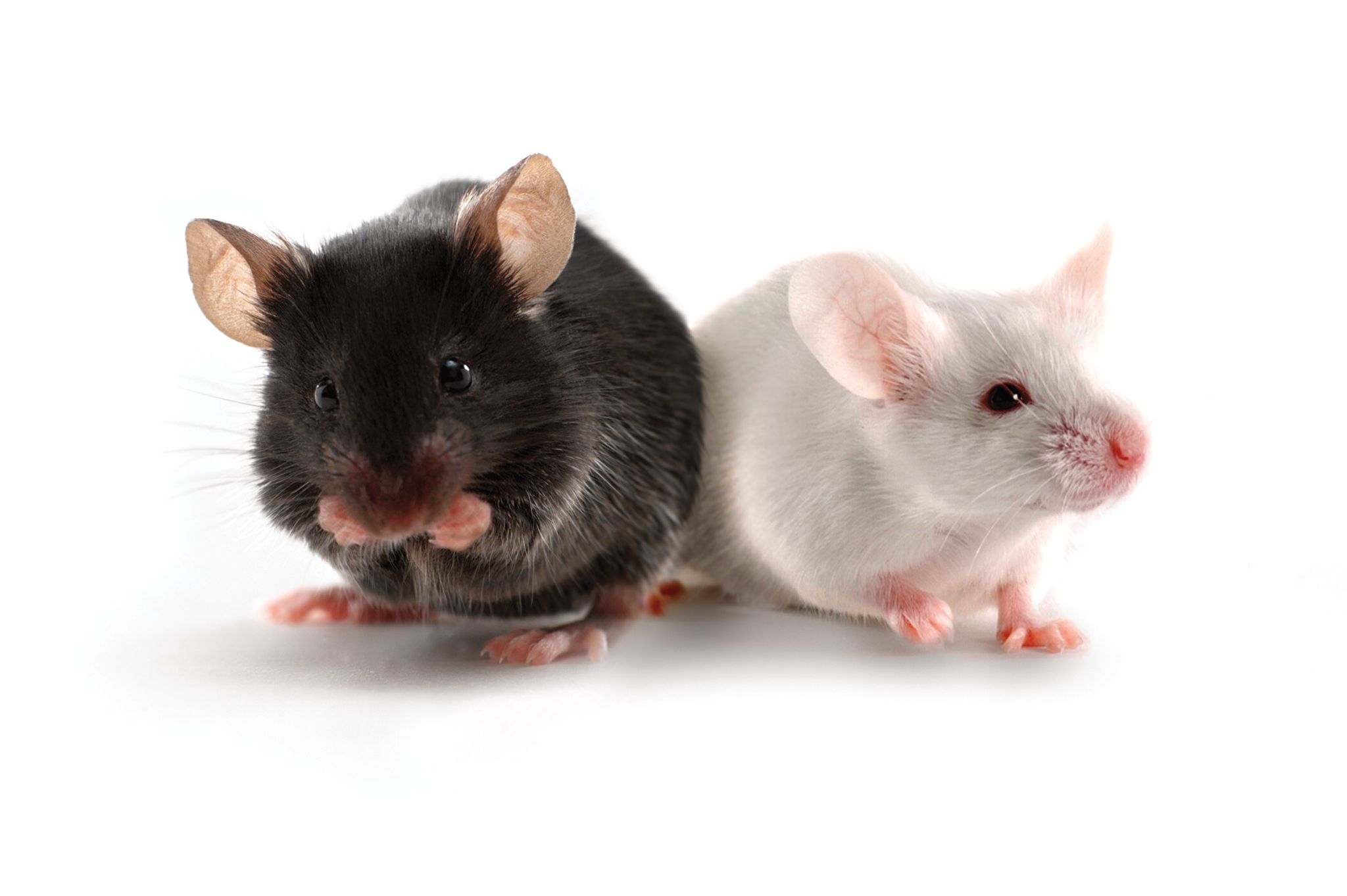 Parkinson's disease is a serious neurological illness that affects 7 to 10 million individuals globally.

Clinical symptoms such as akinesia, stiffness, and tremor arise when DA levels in the striatum (STR) are reduced.

Only when 50% of those neurons have been damaged can a clinical diagnosis be made. While most types of Parkinson's disease are sporadic, familial mutations account for fewer than 10% of cases.

The dorsal STR, the GP interna and externa, the SNc, the substantia nigra pars reticulata (SNr), the thalamus (TH), and the subthalamic nuclei are all part of the basal ganglia (BG) (STN).

The dorsal STR gets excitatory glutamatergic (Glu) inputs from the cortex, whilst inhibitory γ-aminobutyric acid (GABA) neurotransmitters are used by projection neurons from the SN and GP to the TH.

After it was discovered that 6-OHDA could cause selective degeneration of sympathetic adrenergic neurons, this neurotoxin was utilized in animals as a denervation tool. 6-OHDA enters DA neurons through DA transporters as a hydroxylated analog of DA. Once in the cytosol, it auto-oxidizes to generate hydrogen peroxide.

Depending on the injection location along the nigrostriatal pathway, the mechanism of action differs. Injections into the SNc or the MFB cause extensive and fast anterograde degeneration of the nigral DA neurons, up to 90% - 100% of SN and striatal neurons, and eventually the whole nigrostriatal pathway within days.

Injections into the dorsal STR, on the other hand, cause partial lesions of the nigral DA neurons, with up to 50% - 70% loss within 4 to 6 weeks, resulting in progressive retrograde degeneration of the nigrostriatal pathway more closely mimicking human pathology and allowing longitudinal evaluations. In mice, intrastriatal infusion of 6-OHDA results in a more than 90% depletion of DA in the STR.

Langston et al. were the first to describe MPTP's preferential toxicity for the nigrostriatal tract. MPTP is transformed to 1-methyl-4-phenylpyridinium ion (MPP+) by DA transporters and accumulates in SNc neurons. MPTP may be administered via the peripheral system since it can cross the BBB. However, systemic MPTP treatment fails in rats because MPTP to MPP+ conversion occurs at the BBB, blocking influx into the brain; it is thus employed in mice instead. Repeated intraperitoneal injections in mice promote fast and severe DA neuron death, resulting in symptoms comparable to those seen in people, such as akinesia, stiffness, and tremor episodes.

LRRK2 mutations are the most prevalent in autosomal-dominant Parkinson's disease. This kinase enzyme is generally found in membranes and is involved in mitochondrial function, autophagy, and endocytosis. Transgenic animals show little to no DA neurodegeneration; nonetheless, the majority of them have nigrostriatal system abnormalities, α-synuclein aggregation, or impaired DA release. Similarly, LRRK2 mutant animals exhibit behavioral changes rather than DA neurotoxicity in the SN.

The SNCA gene encodes the protein presynaptic α-synuclein, which is prevalent in the brain. Its function is unknown; however, it is thought to have a role in synaptic vesicle function and hence neurotransmitter release. Overexpression of α-synuclein in mice results in a variety of abnormalities, depending on the promoters employed for transgenic expression. Despite the fact that they do not have DA degradation, some of them have nigrostriatal dysfunctions.

The Parkin (PARK2) gene functions as an E3 ubiquitin ligase in the ubiquitin proteasome system, and abnormalities in this gene cause patients to lose function. Parkin knockout mice do not seem to develop nigrostriatal or DA lesions. Overexpression of a mutant version of this gene, on the other hand, results in nigral DA cell depletion, striatal synaptic loss, and lower striatal DA levels in mice. Similarly, Parkin overexpression causes moderate neurodegeneration in rats.

Water molecules move randomly and freely in an unrestricted medium due to random Brownian motion. Membranes, extracellular hindrance, and tissue heterogeneity can all impede its movement. The use of diffusion gradients makes diffusion-weighted imaging sensitive to water diffusion. Water molecules diffuse in a preferred path along the fibers in white matter, where fiber bundles act as physical restrictions, which is known as anisotropy. The diffusion tensor model, a model of water molecule displacement, can provide indices such as the MD, which characterizes the overall displacement of water molecules; the fractional anisotropy (FA), which characterizes diffusion orientation; and the eigenvalues, which characterize the main directions of diffusivities, also derived as axial and radial diffusivities (AD, RD). Although the biological origin of anisotropy is complex and unknown, it has been shown that AD alterations can be used to assess axonal injury, whereas RD can be used to assess myelin damage. FA is high (close to 1) in strongly oriented fiber bundles, but low in crossing fiber areas (close to 0).

Functional connection, often known as "synchrony," refers to temporal correlations between geographically distant neurophysiological events as evaluated by fMRI blood oxygenation level-dependent (BOLD) signal. Low-frequency, spontaneous, and, in some circumstances, coherent signal fluctuations in the resting brain may be observed using fMRI. Co-activation in dispersed networks of cortical and subcortical areas, which describe functional brain networks, has therefore been discovered by Rs-fMRI investigations. Such connectedness may or may not include a structural link. The majority of PD imaging in humans and animal models has been done when they are at rest.

In animal models, functional connectivity alterations in the nigrostriatal pathway have been investigated. FC was observed to be lower in the interhemispheric STR and ipsilateral cortices of 6-OHDA rats. During imaging, the animals were injected in the MFB and anesthetized with either isoflurane plus medetomidine (previous research) or medetomidine alone (later study). In the intrastriatal 6-OHDA model with isoflurane alone, reduced FC between the ipsilateral primary motor cortex (M1) and contralateral TH was also seen. Under urethane anesthesia, Zhurakovskaya et al. likewise found reduced FC in corticocortical and striatocortical connections of 6-OHDA-injected rats. Reduced FC is typically viewed as having a direct lesioning impact.

Iron accumulation has been seen in the SN of MPTP and 6-OHDA-lesioned animals. Conventional T2∗ imaging may identify iron deposits. Olmedo et al., for example, measured hyposignal levels in the SN of 6-OHDA rats 1 and 4 weeks after injection in the MFB. They found that 6-OHDA animals had considerably more hypointense pixels (i.e., lower T2∗ signal) than sham rats, which associated with iron staining with Prussian blue after 4 weeks. In addition, Virel et al. discovered iron buildup in the STR of 6-OHDA rats after intrastriatal injections. They detected higher T2∗ hypointensities (i.e., reduced T2∗ signal) in the ipsilateral STR as early as 1 week after lesioning and lasting up to 4 weeks in this investigation. At 4 weeks, they also found associations between such hypointensities and edematous hyperintensities, as well as iron buildup evidenced by Prussian blue staining. The SN, on the other hand, remained intact, owing to milder and delayed depletion in this structure at this later time point.

Susceptibility-weighted imaging (SWI) and quantitative susceptibility mapping (QSM) are two further iron-sensitive MRI approaches that have been utilized to enhance imaging of the SN nigrosomes, STN, and GP interna. SWI approaches employ phase data to identify changes in susceptibility across tissues and combine it with magnitude data to increase picture contrast. SWI was used to evaluate increased iron buildup in deep gray nuclei of Parkinson's disease patients. QSM is a relatively contemporary approach for localizing magnetic susceptibility by converting phase shifts. Although there is minimal research on PD rodent model applications, elevated QSM in the SN of an MPTP mouse model has been documented. This research also shown that QSM was a more accurate approach than R2∗ for detecting iron-related alterations in the SN, which was corroborated by a study that included Parkinson's disease patients. QSM techniques have been improved further for imaging the mouse brain microstructure at extremely high resolution, to the point where striatal tracts may be rebuilt at 20-m resolution using QSM pictures from postmortem brains. As a result, it has the potential to be utilized in PD model applications.

The chemical shift and spin-spin coupling effects underpin magnetic resonance spectroscopy. Depending on their chemical environment and local magnetic fields, various nuclei have varied resonance frequencies. Their chemical shift is measured in parts per million (ppm) in comparison to tetramethylsilane, the standard reference substance.

Magnetic resonance spectroscopy has been used to evaluate brain metabolic alterations in Parkinson's disease models. Increased GABA levels, for example, have been detected in the STR of MPTP mice and 6-OHDA rats injected in the MFB. These findings were congruent with human studies, which revealed higher GABA levels in patients' pons, putamen, and SN. Those results might be explained by the following mechanism: the STR gets DA projections from the SNc, and because DA suppresses GABAergic spiny neurons through D2 receptors in the STR, DA denervation should cause those neurons to hyperactivate.

Similarly, Glu and glutamine (Gln) levels were shown to be higher in the STR of MPTP mice, which is comparable with higher Glu levels in the SN of Parkinson's disease patients. Chassain et al. explain in their study that the Glu increase that causes alterations in corticostriatal activity is "due to an enhanced synthesis and release of Glu in the synaptic terminal of the STR." In the STR of 6-OHDA rats injected in the MFB, Glu levels were found to be lower.

How Can Parkinson's Disease Be Modeled In Animals?

Are Rodent Models Of Parkinson's Disease Behaving As They Should?

Despite the fact that symptom relief and clinical indicators are critical in therapeutic research, many of these models lack complete behavioral testing. While non-motor symptoms are becoming more relevant as early diagnostic indicators in Parkinson's disease, they are poorly understood in rodents.

What Animal Is Being Used To Study Parkinson's Disease?

The conventional 6-OHDA-treated rat and the MPTP-treated mouse are the two most often utilized animal models of Parkinson's disease. The 6-OHDA model has been widely utilized as a test bed for new symptomatic treatments, as well as a tool of evaluating neuroprotective and neurorepair techniques.

Do Animals Get Parkinson's Disease?

Dogs, much like the people who raise them as pets, are susceptible to a variety of neurological diseases, including Parkinson's disease.

Neurodegeneration is missing from genetic models for the vast majority of brain changes, limiting symptomatic assessments. Distinct forms of degeneration may occur at the injection site in toxic models, including vast or partial, fast or progressive, and the MR measurements can be affected by these different types of degeneration.

Diffusivity measurements are altered by a variety of factors, including iron buildup in the SN and other areas implicated in Parkinson's disease, which leads to the differences in the scientific literature. In human and animal studies, multimodal imaging that incorporates susceptibility and diffusion sequences may be useful in separating the link between iron and water diffusivity.