Phytic Acid - How Can It Be Applied In Dentistry? 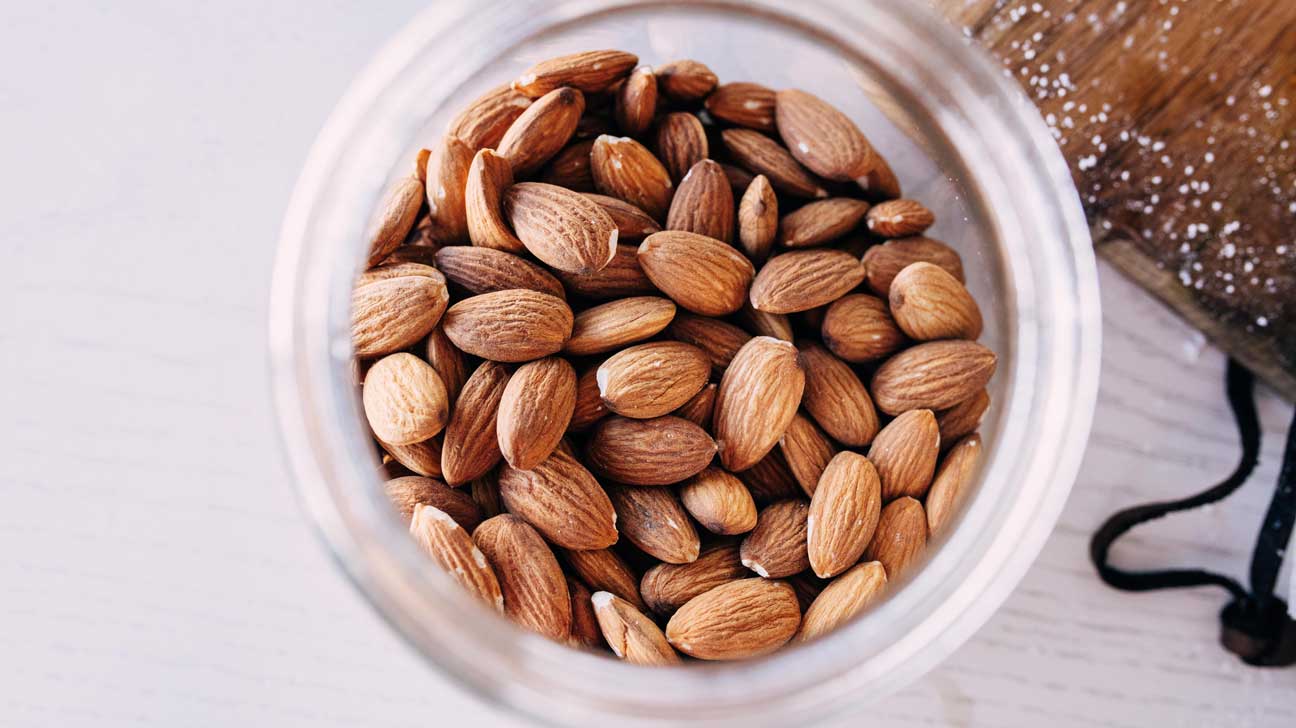 Pfeffer detected phytic acid for the first time in 1872, and Posternak coined the word "la phytine" in 1903. It is also known as inositol hexakisphosphate (IP6), inositol polyphosphate, or phytate when it is in salt form.

Anderson first reported the IP6 structure in 1914, and Johnson and Tate later used nuclear magnetic resonance spectroscopy to validate this.

With the chemical formula C6H18O24P6, IP6 is a saturated cyclic acid and the phosphate ester of inositol.

Due to its six phosphate groups, which partially ionize at physiological pH and counter the negative charges with cations, primarily sodium ions, it has a high density of negative charges.

In the course of this review, phytic acid and its salt, "phytate," are both referred to as IP6.

IP6, which is present in large quantities in plants, serves an important nutritional function as the main phosphorus storage form in many plant tissues, including bran and seeds.

Additionally, myoinositol, a precursor to cell walls, is thought to be present in it. Myoinositol polyphosphates are present in all animal cells, and IP6 is the most prevalent form, with a concentration in mammalian cells ranging from 10 to 100 µM, depending on the cell type and developmental stage.

What Is Phytic Acid?

Phytic acid is a natural anti-oxidant found primarily in grains, nuts, and seeds. Cereals, legumes, and several vegetables are among the foods high in phytic acid.

Because it hinders the absorption of minerals, phytic acid is regarded as an antinutrient. Recent research has revealed further health advantages, including the prevention and treatment of various illnesses, including cancer.

People who already have a mineral shortage should be cautious about how much phytic acid they consume and may wish to speak with a dietician or healthcare professional.

Phytic Acid: What You Need To Know!

What Can Phytic Acid Be Used For?

A potent antioxidant is what phytic acid is. Free radicals are taken out of the body's cells with the aid of antioxidants. These are the cellular metabolism's highly reactive byproducts. Free radicals have the potential to accelerate the onset of cancer and other diseases if they are not controlled.

Overall, phytic acid-containing foods are nutrient-dense. These items are crucial to a healthy, well-balanced diet for the majority of people.

Dental cements are used to restore prepared teeth for an indefinite or definite period, depending on the restoration's physical properties and predicted lifespan. Ideal cement must be strong enough to withstand functional stresses and resistant to dissolution in the oral environment.

Dental cements are required during fixed appliance-based orthodontic therapy to connect bands and brackets to tooth structure and protect against dental cavities. New or improved dental cements are being developed, while some have been withdrawn from the market.

Studies suggest that adding IP6 to dental cement improves its chemical and physical qualities. In 1980, adding IP6 to aluminosilicate glass created a fast-setting cement through an acid-base reaction.

Adding 3–5% IP6 to phosphoric acid increased compressive strength. When IP6 was applied alone, the reaction was fast and the setting time was brief and controlled by altering the IP6-to-phosphoric acid ratio or the water content.

The increased stability of zinc phytate relative to zinc phosphate prevented leaching from the cement when phosphoric acid was replaced with IP6. IP6's key benefit was speed.

This characteristic may benefit orthodontics if a large area of cement is exposed to saliva. At high IP6 concentrations, the cement becomes too viscous and thick, making it unsuitable for dental use.

Dentifrices and mouth rinses are multipurpose, delivering a variety of benefits to address oral problems such as caries, gingivitis, dentine hypersensitivity, teeth whitening, and halitosis. Adding chemical agents to traditional goods to improve their functions, such as cavity prevention, plaque inhibition, or stain removal, is an interesting subject of study.

These studies found an increase in caries with decreasing IP6 intake due to dietary modifications and food processing. Several early investigations found that IP6 reduced experimental caries in mice. However, other researchers found that IP6 had weak or no protective effect.

Several paths have been postulated for IP6's cariostatic mechanism. Most research proposes a local, not systemic, influence. IP6 rapidly adsorbs to hydroxyapatite, generating a monomolecular layer on the crystal surface that increases enamel's acid resistance by acting as a diffusion barrier to ions and inhibiting hydroxyapatite development.

IP6 is located on hydroxyapatite's surface but cannot diffuse into the crystal. Calcium-IP6 complexes may form and precipitate on the crystal surface. The IP6 level on hydroxyapatite surfaces was not changed by washing or acid dissolution, indicating it was strongly bonded.

Is Phytic Acid That Bad?: Dr.Berg

Since 1955 until 1979, dentists have used 37% phosphoric acid to etch enamel and dentine. Hydroxyapatite and other dentine components inhibit etching agents' contact with dentine.

In 2013, IP6 was studied as a dentine etching agent, and results showed that it boosted resin-to-dentine bond strength compared to phosphoric acid. Phosphoric acid, at lower concentrations than IP6, removes the dentin smear layer while causing less damage to pulpal cells.

Mechanical and chemical debridement are necessary for root canal therapy. Mechanical debridement generates a smeared layer inside canal walls, causing an imperfect closure and lack of obturation material adaptation. Despite the lack of unanimity on removing the smearing layer, much of the literature promotes it.

Sodium hypochlorite is the most extensively used intra-canal irrigant. However, it doesn't eliminate the smear layer, which is why chelating chemicals are utilized in endodontics. Since 1957, 17% EDTA has been the chemical of choice for smear layer removal.

EDTA is an overused contaminant. EDTA isn't biodegradable, hence it shouldn't be extruded into periapical tissue. Despite its prominence, chelating agents are still being sought.

MTAD (doxycycline, citric acid, and a detergent) has been researched as a smear layer removal. Nassar et al. suggested IP6 as a root canal chelating agent. IP6's strong affinity for calcium is due to its numerous negative charges.

IP6 at lower concentrations than EDTA eliminates the smearing layer and opens dentinal tubules while being biocompatible with osteoblastic cells. The latter discovery was based on alkaline phosphatase activity and viability tests compared to EDTA, which may translate to faster periapical wound healing in extrusion situations.

Milder effects on osteoblast cells may be explained by the lower concentration of IP6 needed to eliminate the inorganic component of the smear layer and its favorable qualities to shield the cells from iron-induced damage. According to Eymirli et al., IP6 and EDTA removed intracanal triple antibiotic paste and calcium hydroxide from root dentine similarly. Afshan et al. observed that 1% IP6 had less erosive potential and smearing layer removal capacity than 17% EDTA.

Implant success is influenced by the titanium oxide coating on the implant surface. Several studies have been conducted in an attempt to alter this oxide layer in order to improve biological performance and clinical outcomes. Zhang et al. evaluated IP6's effect on titanium oxide.

In their research, liquid phase deposition of this layer was aided by an IP6 template that stimulated nucleation and accelerated titanium oxide growth, resulting in a homogeneous, compact coating with hydrophilic behavior and outstanding bending strength. IP6's chemical structure and characteristics may allow it to bridge titanium implant surfaces and calcium ions.

This was the basis of a 2019 study by Liu et al., in which calcium was successfully bound to implant surfaces via hydrothermal treatment with IP6 and released over time. Super-hydrophilicity, enhanced cell adhesion and proliferation, and up-regulation of osteogenic-related genes were also identified.

The pulp has regenerating stem cells with variable tendency. Dentine matrix components are released after tissue damage. Bioactive substances, including bone morphogenetic proteins and growth factors, have been found in dentin.

The differences weren't significant. After 24 hours, EDTA and IP6 caused identical cell migration and proliferation. At this exposure time, EDTA-treated cells were constricted and spherical, while IP6-treated cells were polygonal and stretched out on the dentine surface.

Atesci et al. evaluated the effects of 17% EDTA and 1% IP6 on mesenchymal stem cell activity. These drugs did not affect stem cell proliferation or dentine attachment. EDTA and IP6 release equivalent amounts of TGF-β and VEGF. In cell-free solutions containing dentine discs, IP6 released the most BMP2 and FGF2. Compared to EDTA, the difference wasn't significant.

The Cosmetics Ingredient Review Expert Panel has determined that phytic acid is safe for use in cosmetic products. In leave-on cosmetics, concentrations of up to 2% are permitted. Eye makeup removers, for example, have a 0.05% phytic acid content restriction because they are rinse-off products.

How Do You Remove Phytic Acid?

The most popular technique for removing phytic acid from cereals is milling. This method removes the phytic acid, but it also removes a significant amount of minerals and dietary fiber, which has serious drawbacks. Soaking is the most common and important method for cereal germination and fermentation.

Is Oatmeal High In Phytic Acid?

Phytase, an enzyme that naturally breaks down phytic acid, is activated by soaking in the oats. Oats do not, however, contain a considerable quantity of the phytase enzyme in comparison to other cereals. As a result, you might want to think about including a complementary grain or yeast to further lower the phytic acid content.

When phytic acid is soaked in water and a tiny amount of an acidic substance, such as vinegar or lemon juice, is added, the reaction can be neutralized in as little as 7 hours. Solubilized gluten, a difficult-to-digest protein present in grains including wheat, spelt, rye, and barley, is likewise broken down by soaking.

Phytic acid is a flexible substance that is well suited for the creation of new dental care products and the enhancement of already effective materials in a range of dental applications. Even though the uniqueness and significance of IP6 for a number of possible dental applications have been discovered early, most IP6-related research is still in its infancy and is at best in the experimental stages. However, fresh and fairly compelling experimental findings have recently been generated.

The case for using IP6 in dentistry is becoming more and more clear, and the outcomes are too compelling to be disregarded. To further strengthen this evidence, additional rigorous research methodologies toward clinical investigations are required due to a number of limitations in the existing literature. Consideration of some of the suggestions and recommended future studies outlined in this review study may enable more effective usage of IP6 in a number of dental contexts.