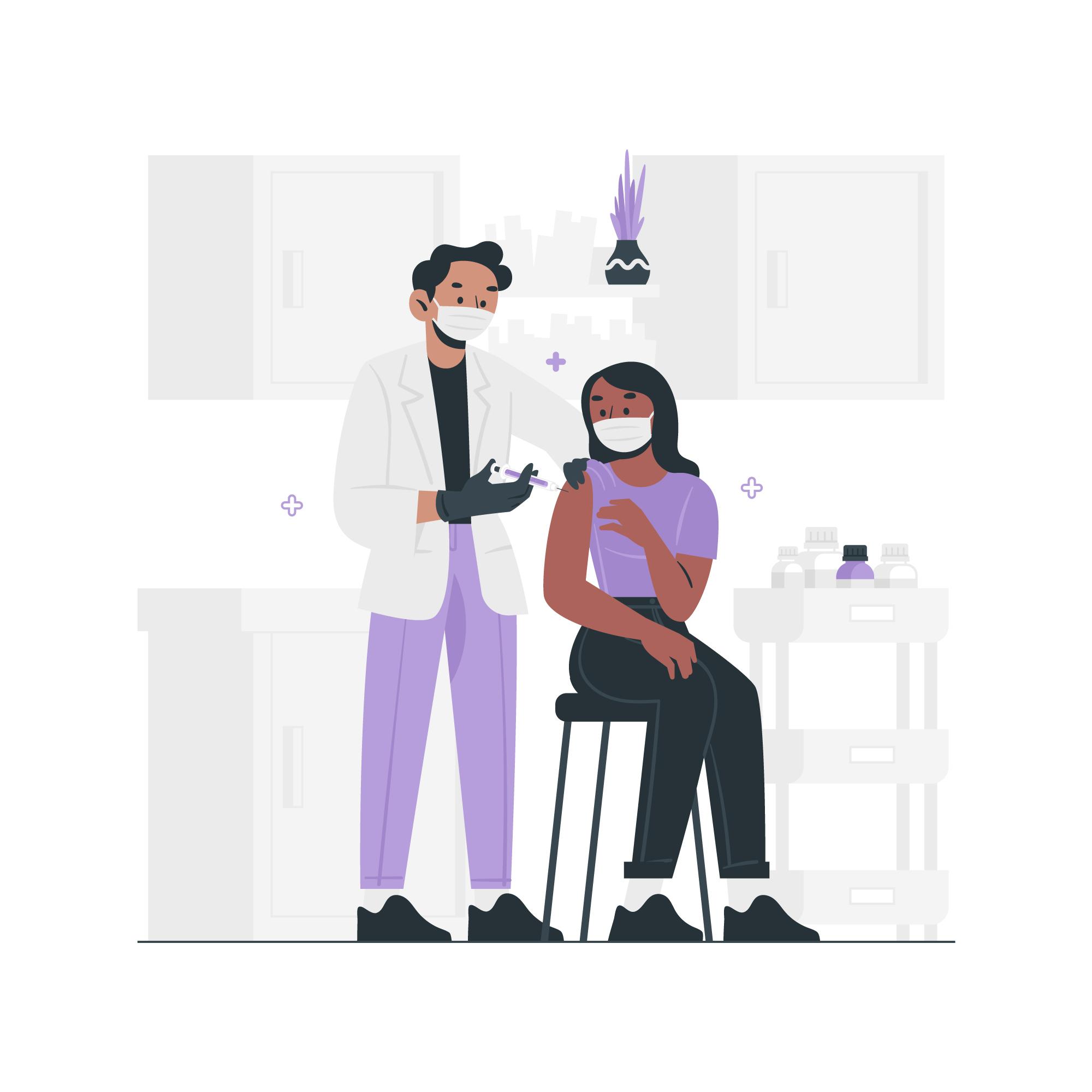 Vaccination has shown to be the most successful and cost-effective method of controlling the spread of infectious illnesses. Picornavirus-like particle vaccines are being investigated and produced as possible vaccines for human and animal diseases.

Picornaviruses are positive-stranded RNA viruses of the Picornaviridae family. Because of the human and animal illnesses produced by these viruses, the most well-known genera in this family are Enterovirus and Aphthovirus. Poliovirus and viruses that cause hand-foot-and-mouth disease (HFMD) are categorized as Enterovirus, whereas foot-and-mouth disease virus (FMDV) is classified as Aphthovirus. Developing innovative vaccination methods to prevent polio, HFMD, and FMD has gained popularity in recent years.

Picornaviruses are nonenveloped RNA viruses that infect vertebrates such as fish, mammals, and birds. They are viruses from a vast family of tiny, positive-sense, single-stranded RNA viruses with icosahedral capsids of 30 nm. This viral family is responsible for various illnesses, including the common cold, poliomyelitis, meningitis, hepatitis, and paralysis.

The Picornaviridae family (picornaviruses) causes more infections than most, if not all, other viral families. Aseptic meningitis (the most common acute viral disease of the CNS), encephalitis, the common cold, febrile rash disorders (hand-foot-and-mouth disease), conjunctivitis, herpangina, myositis and myocarditis, and hepatitis may all result from picornavirus infection.

Picornaviruses are nonenveloped capsids with icosahedral symmetry and a single-stranded positive-sense RNA (7.2 to 8.5 kb). The viral genome comprises three polyprotein sections, P1, P2, and P3; all translated as a single polyprotein. The P2 and P3 sections encode seven nonstructural proteins for viral replication and pathogenicity. The P1 region encodes a precursor protein, P1, which is usually about 90 kDa in size and is proteolytically processed by the virally encoded protease into structural proteins VP0, VP3, and VP1 (protomer). The protomer is a P1 monomer since the three structural proteins are never separated. The protomers combine to form pentameric intermediates, and 12 pentamers combine to create an icosahedral procapsid structure (Figure 2B). This is followed by a final encapsidation process in which the viral RNA is encapsidated into the procapsid, and VP0 is cleaved further into VP4 and VP2. A virus that has been wholly constructed has 60 copies of VP1 and VP3, 58-59 copies of VP2 and VP4, and 1-2 copies of VP0. VP1, VP2, and VP3 are the three structural viral proteins exposed on the virus's surface responsible for the host antibody response.

The knowledge obtained from the native picornavirus structure enables the effective production of virus-like particles (VLPs) in heterologous hosts utilizing either the cell-assembled or cell-free in vitro assembly approaches. Only the structural proteins and the presence of protease are required to synthesize recombinant VLP. P1-2A and 3C proteases of FMDV, for example, are co-expressed in eukaryotic cells to produce FMDV VLPs, while P1 and 3CD proteases are co-expressed to produce enterovirus VLPs. Because VP0 is not further processed into VP4 and VP2, the completed VLPs only include VP0, VP3, and VP1. Nonetheless, the recombinantly generated VLPs are structurally similar to the parent virus and may trigger both humoral and cell-mediated immune responses.

VLPs are hollow particles with crucial structural integrity for immunostimulatory action. Downstream processing is the essential phase in biopharmaceutical manufacturing since it determines the overall economics of the process. Developing effective VLP downstream processing solutions would need a thorough knowledge of the physical, chemical, and biological properties that may be utilized throughout these processes. To liberate intracellular VLPs from cells, a cell lysis phase is necessary. Mechanically (homogenization/sonication), chemically, or enzymatically, cells are lysed.

Following this, DNA digestion and centrifugation are used to separate soluble proteins from insoluble proteins. Creating a capture step as the foremost purification step in VLP purification will enable a bioprocess engineer to acquire a product with a tolerable purity and concentration. VLPs having a potency value of 5.01 (a measure of a vaccine candidate's capacity to trigger an immunological response) were purified using ammonium sulfate precipitation followed by gel filtration [50]. These recent improvements in chromatographic and nonchromatographic approaches for picornavirus VLP downstream processing are highly promising and might be expanded to additional viruses.

VLPs tend to aggregate, especially under suboptimal settings. As a result, characterizing VLP vaccine candidates is critical throughout vaccine development to guarantee VLP quality and consistency. Following SDS-PAGE and western blot compositional analysis of VLPs, transmission electron microscopy (TEM) has been the leading choice of researchers for visual confirmation, morphological characterization, and size measurement of picornavirus VLP. Researchers have begun to go beyond TEM to characterize EV71 and CVB3 VLPs, investigating stability and aggregation using dynamic light scattering (DLS). On the other hand, DLS is very sensitive to big scattering particles and incapable of resolving polydispersity. Superior and robust analytical techniques, such as electrospray differential mobility analysis (ES-DMA) and asymmetric flow field-flow fractionation with multiangle light scattering detection that offer a high-resolution biophysical characterization of nonenveloped VLPs, that offer batch-to-batch variations, degradation, or aggregation during storage, should be applied to picornavirus VLPs to detect batch These cutting-edge analytical methods may also help in assessing the effectiveness of different excipients in improving the stability of picornavirus VLPs during formulation studies, as well as monitoring VLP thermal stability. Furthermore, as described for FMDV empty capsids, these strategies might promote sound engineering of VLPs to improve their thermal stability, avoiding the need for a cold chain for vaccine distribution and storage. The use of such analytical solid methods, as well as advancements in animal model selection, antigenic content measurement, and protective effectiveness assessment, is critical for developing picornavirus-like particle vaccines.

What Is Disease Caused By Picornavirus?

Aseptic meningitis (the most common acute viral disease of the CNS), encephalitis, the common cold, febrile rash disorders (hand-foot-and-mouth disease), conjunctivitis, herpangina, myositis and myocarditis, and hepatitis may all result from picornavirus infection.

Is Polio Virus A Picornavirus?

Picornaviruses are members of the family Picornaviridae, the order Picornavirales, and the realm Riboviria. This family has 158 species divided into 68 genera. Enterovirus (Rhinovirus and Poliovirus), Aphthovirus, Cardiovirus, and Hepatovirus are notable examples.

What Is Virus-Lik Particles Vaccine?

Medicago has created a platform for developing plant-based vaccinations against various viral diseases such as coronavirus, rotavirus, nor norovirus. Pre-clinical investigations are now being conducted on the Medicago' norovirus-like particle vaccine candidate, which resembles the natural norovirus.

What Is A Particle Based Vaccine?

Virus-like particles (VLPs) are vaccine possibilities that have been researched for decades. VLPs are created by viral protein expression in various methods that encourage protein self-assembly into virus-like structures.

The development of picornavirus-like particle vaccines for polio, HFMD, and FMD is gaining popularity. Currently, picornavirus-like particle vaccines are primarily produced in laboratories, but substantial milestones must be completed before they may be translated into therapeutic products. Bioprocess engineering and development will almost certainly result in a more cost-effective and scalable manufacturing process. The elimination of packaging contaminants continues to cause downstream procedures and eventual vaccine licensure difficulties.