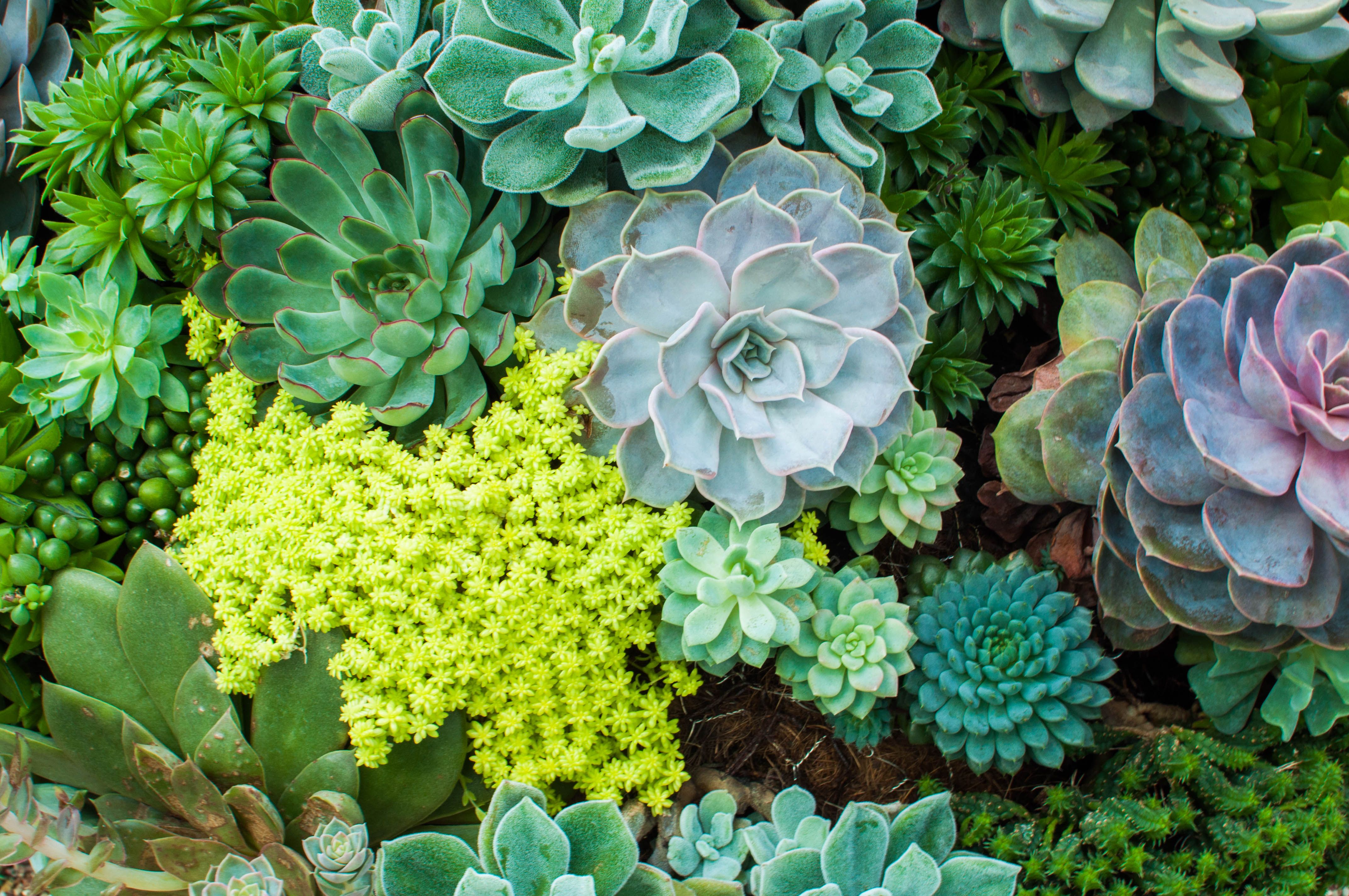 Due to the harmful effects of high temperatures on plant development, it is anticipated that global warming will have an overall negative impact on plant growth.

The threat of climatological extremes, such as extremely high temperatures, is on the rise and could cause a catastrophic loss in crop productivity and widespread famine.

Climate change has a different impact depending on the geographic area and the crops that are most likely to experience drastic yield reductions as a result of anticipated extreme temperature swings and general global warming.

Plants are subject to high-temperature stress, which has a variety of effects on their physiology, biochemistry, and gene regulatory pathways.

However, there are methods that can be utilized to develop crop varieties that are more resistant to heat stress.

Abiotic stresses are frequently interconnected; whether acting alone or in concert, they alter the morphology, physiology, biochemistry, and molecular structure of plants, which has a negative impact on their productivity and, ultimately, their yield. The main abiotic stresses that cause severe cellular damage in plant species, including crop plants, are heat, drought, cold, and salinity.

Temperature swings are a normal part of plant development and reproduction. However, extreme variations during hot summers can harm the intermolecular interactions necessary for healthy growth, which will hinder plant development and fruit set. Heat waves significantly reduce crop yields globally, which has a significant impact on agricultural production and poses serious risks to future food security on a global scale.

A catastrophic loss in crop productivity and widespread famine are predicted to result from climatological extremes, including extremely high temperatures, which will generally have a negative impact on plant growth and development. The increase in human population will present new problems for agricultural production in the future and, consequently, for global food security.

Currently, about 15% of the world's wheat production comes from the Indian lowlands, but it's predicted that climate change will make this region a short-season, heat-stressed production environment.

In the tropics and subtropics, temperatures during the growing season may even be higher than the most extreme seasonal temperatures previously recorded. This will exacerbate the process of land degradation.

Plants have developed a variety of defenses to ensure their survival in high temperatures. These strategies are classified as long-term phenological and morphological evolutionary adaptations, such as changing leaf orientation or membrane lipid composition, or short-term stress avoidance and acclimation mechanisms. To counteract stress effects, stress proteins, osmo-protectants, free-radical scavengers, ion transporters, and signaling cascade and transcriptional control factors are essential.

Producing an economically significant yield under heat stress conditions depends on several plant physiological parameters and mechanisms that contribute to heat tolerance in the field, such as modifying photosynthesis and increasing transcripts coding for protective proteins. A heat-tolerant variety has higher photosynthetic rates, increased membrane thermostability, and heat avoidance.

In all plant species, leaf gas exchange under heat stress is directly correlated with heat tolerance. The decrease in active Rubisco can account for much of the negative temperature response of net photosynthesis, and carbon fixation by Rubisco is the primary target of thermal injury. The reduction in carbon fixation and oxygen evolution create harmful reactive oxygen species. As a direct result of this, the mechanism that would normally repair the damaged photosystem is impeded. Manipulating leaf photosynthesis and photosynthate partitioning may help develop high-temperature crops.

Heat stress can cause tissue senescence, characterized by membrane damage, increased fluidity of membrane lipids, lipid peroxidation, and protein degradation. It is for this reason that membrane lipid saturation is considered to be an important component in high-temperature tolerance. In membrane lipids, having a higher proportion of saturated fatty acids leads to a higher melting temperature for the lipids and prevents an increase in membrane fluidity that is caused by heat. To maintain membrane fluidity, plants increase their content of saturated and monounsaturated fatty acids as temperatures rise. Increasing fatty acid saturation seems crucial for membrane stability and heat tolerance.

Heat stress increases secondary metabolite synthesis, which protects against oxidative damage. Several studies on tomatoes and watermelons show that thermal stress induces the accumulation of phenolics by activating their biosynthesis and inhibiting their oxidation. This could be a plant acclimation mechanism against thermal stress.

Plants are capable of adapting to a wide range of temperatures by reprogramming their transcriptome, proteome, and metabolome and even by activating cell death mechanisms, leading to organ abortion or entire plant death. The ability to withstand or to acclimate to higher than optimal temperatures results from the repair of heat-sensitive components and the prevention of further heat injury; metabolic homeostasis is also maintained during stress. The most important characteristic of thermotolerance is the massive production of HSPs.

However, as heat tolerance is a multigenic trait, numerous biochemical and metabolic traits are also involved in the development and maintenance of thermotolerance: antioxidant activity, membrane lipid unsaturation, gene expression and translation, protein stability, and accumulation of compatible solutes. Nevertheless, during plant development, their responses to high temperatures clearly depend on genotypic parameters, as certain genotypes are more tolerant.

Several studies revealed that while some HSFs are critical for thermotolerance, others play a less critical role (HSP101, HSA32, HSFA1, HSFA3), since knockout variants of these proved to have little impact on tolerance to heat. These results also indicate that a complex regulatory network delivers differential protection from heat stress.

A recent study shows that in the absence of the HSFA1 transcription factor, a minimal yet significant level of acquired thermotolerance can still be attained in Arabidopsis mutants following acclimation, likely due to the induction of a small number of genes regulated by other transcription factors such as bZIP28. Nevertheless, HSPs are of particular importance in thermotolerance reactions and act as molecular chaperones to prevent denaturation or aggregation of target proteins as well as facilitating protein refolding.

In many plant species, the thermotolerance of cells and tissues after heat stress is pretty much dependent upon the induction of HSP70, though HSP101 has also been shown to be essential. The enhanced expression of HSP70 was reported to assist in translocation, proteolysis, translation, folding, aggregation, and refolding of denatured proteins, while a methionine-rich chloroplast HSP has been shown to protect the thermolabile photosystem II and, consequently, the whole-chain electron transport during heat stress. HSP101, for example, appears not to be required for growth in normal conditions but plays a major role in tolerance to severe heat stresses and protein oxidative protection in Arabidopsis during plant development.

Generally, tolerance to heat is characterized by a lesser effect on essential processes such as photosynthesis and by consistent increases in transcripts involved in the biosynthesis of protective components. As photosynthesis and reproductive development are the most sensitive physiological processes to stress, a heat-tolerant variety will usually be characterized by higher photosynthetic rates reflected in stay-green leaves, increased membrane-thermostability, and successful fruit set under high-temperature conditions.

Multiple opportunities for plant improvement exist, as tolerance to high temperatures is a multigenic character. Screening for heat tolerance in the field presents a challenge due to interactions with other environmental factors, but a wide variety of screenable traits are available that allow successful selection in the field. Tolerant genotypes may also be selected in controlled environments. However, besides being more expensive, controlled environments do not allow natural selection for other factors that interact with the heat stress tolerance mechanisms under field conditions. Regardless of the screening method, a key objective for plant breeders is to develop an effective set of thermotolerance markers that can be used to further implement heat tolerance in various crop species.

Since plants adapt to temperature stress by developing more appropriate morphological, physiological, and biochemical characteristics, analyzing plant phenology in response to heat stress often gives a better understanding of the plant response and facilitates further molecular characterization of the tolerance traits. Emerging phenomic methodologies are used to identify genes associated with traits of interest by establishing functional relationships between genetics and the associated phenotype. Such tools are also used to characterize plant performance in controlled environments or in the field. The temperature and duration of heat stress treatments resulting in changes in growth and development vary between plant tissues and growth stages, so choosing an appropriate phenotype is critical as the function of a heat stress response gene may contribute to thermotolerance differentially across tissues and growth stages. Ideally, a systematic phenotyping approach that includes a range of heat stress conditions may increase the chances of identifying the functions of potential heat stress response genes.

How Does Plant Tolerate High Temperature?

There is a higher proportion of saturated fatty acids (with higher melting points) in the membrane lipids of species that can withstand high temperatures, such as agave and cacti. This makes it possible for these plants to keep their membranes fluid and stable at higher temperatures.

How Does High-Temperature Affect Crop Production?

High temperature, even for short period, affects crop growth, especially in temperate crops like wheat. High air temperature reduces the growth of shoots and in turn reduces root growth. High soil temperature is more crucial as damage to the roots is severe resulting in a substantial reduction in shoot growth.

What Is Heat Tolerance In Plants?

Heat tolerance is generally defined as the ability of the plant to grow and produce economic yield under HT. This is a highly specific trait, and closely related species, even different organs, and tissues of the same plant, may vary significantly in this respect.

What Is Tolerance Temperature?

The impact of abiotic stresses on plant development is nuanced and changes with the progression of the growth stage. Conventional and molecular plant breeding efforts are limited by a lack of accurate phenotyping for stress responses due to incomplete tolerance mechanisms. In developing countries, public research phenotyping facilities are lacking.

Differences in their primary concerns and research strategies cause molecular biologists, plant physiologists, and breeders to work independently. Such integration will enable the identification of tolerance genes and elucidate the functional relationships between genotype and observed phenotypes, providing a system-wide phenome for genome analysis and accurate trait mapping and introgression of superior alleles for complex characters like abiotic stress tolerance.

Understanding the molecular basis of the relevant agronomic traits is essential for plant breeders in order to allow them to design new ideotypes in silico, construct new genotypes in plants, and ultimately implement these across a wide range of environmental conditions and locations in light of the anticipated warming of the planet.