Chemical Pesticides - The Hidden Dangers And Why They Should Be Banned 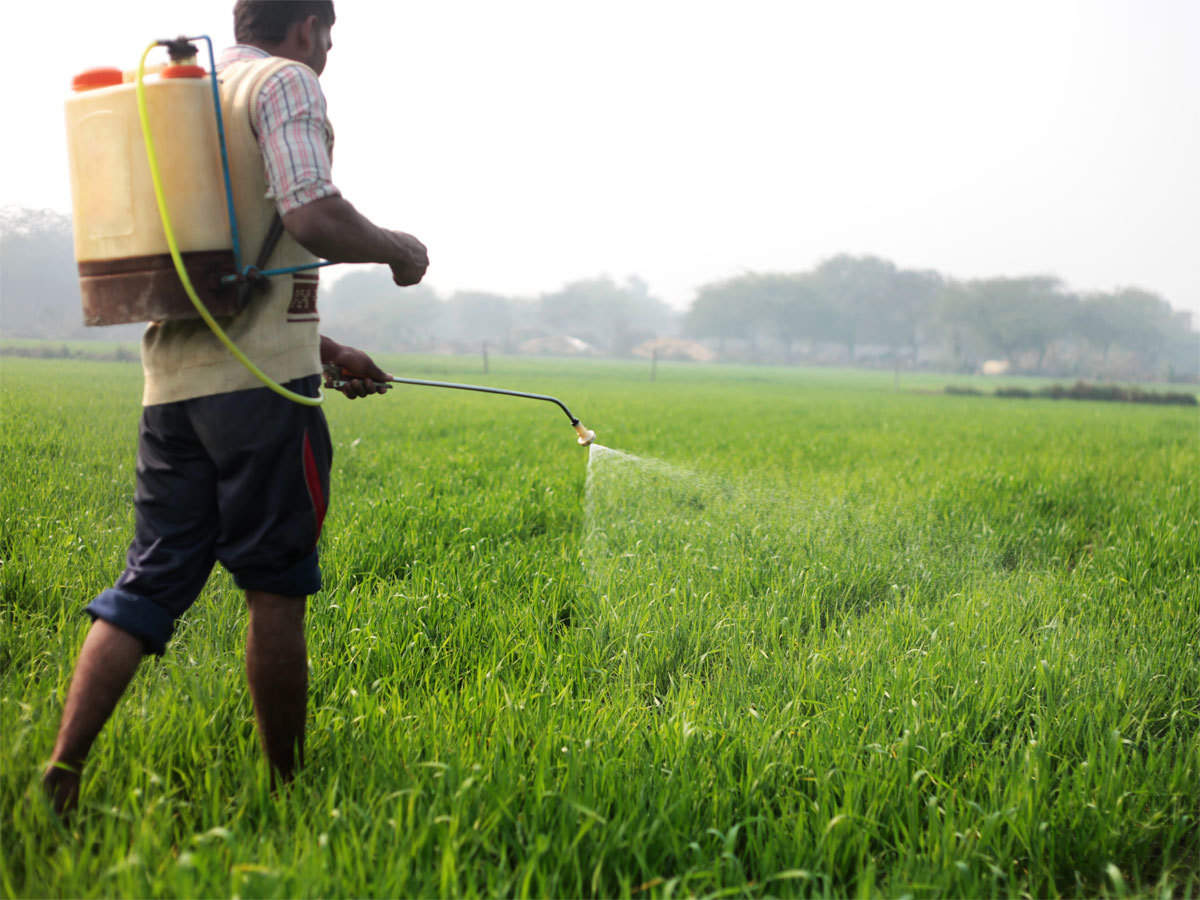 Chemical pesticides are substances or mixtures of substances used to protect plants from pests, weeds, or diseases, as well as humans from vector-borne diseases like malaria, dengue fever, and schistosomiasis.

Pesticides can be ingested, inhaled, or absorbed through contact with the skin.

The type of pesticide, the length and route of exposure, and the individual's health status (e.g., nutritional deficiencies and healthy/damaged skin) all play a role in the potential health outcome.

Pesticides are metabolized, excreted, stored, or bio accumulated in the body fat of humans and animals.

What Are The Types Of Chemical Pesticides That Are Harmful?

Numerous chemical pesticides are extremely hazardous to human health and the environment. Some of them are listed below, along with the harm they cause.

Dichlorodiphenyltrichloroethane, or DDT, is the most well-known organochlorine pesticide, and its unregulated use has resulted in numerous environmental and human health problems. Other organochlorines used in pesticides include dieldrin, endosulfan, heptachlor, dicofol, and methoxychlor.

A few countries continue to use or plan to reintroduce DDT for public health reasons. DDT is also used as a solution in a variety of solvents. It's a common chemical, and it's thought that every living organism on the planet has a DDT body burden, which is primarily stored in fat. DDT and its metabolite, p-dichlorodiphenyldichloroethylene (DDE), have also been linked to endocrine disruption and cancer. Both DDT and DDE have been linked to neurodevelopmental effects in children when they were exposed in utero. According to a recent study, DDE has also been linked to hepatic lipid dysfunction in rats.

Organochlorine pesticides have been linked to a variety of health problems, including endocrine disruption, effects on embryonic development, lipid metabolism, and hematological and hepatic changes. Their carcinogenic potential is debatable, but the possibility of carcinogenic action should not be overlooked.

The Unintended Consequences of Pesticides

Organophosphates include a wide range of pesticides, the most common of which is glyphosate, which was promoted as a more environmentally friendly alternative to organochlorines. Other well-known pesticides in this category include malathion, parathion, and dimethoate, some of which are known to disrupt the endocrine system. Pesticides in this class have been linked to cholinesterase enzyme dysfunction, decreased insulin secretion, disruption of normal cellular metabolism of proteins, carbohydrates, and fats, as well as genotoxic effects and mitochondrial dysfunction, resulting in cellular oxidative stress and neurological and endocrine system problems.

Exposure to organophosphorus pesticides has been linked to serious health effects such as cardiovascular disease, negative effects on the male reproductive system and the nervous system, dementia, and a possible increased risk of non-Hodgkin's lymphoma in population-based studies. Prenatal organophosphate exposure has also been linked to shorter gestational periods and neurological problems in children.

Glyphosate is the most widely used herbicide in modern agriculture, especially since the introduction of glyphosate-tolerant genetically modified crops, such as certain types of soybean and maize, which are the subject of ongoing scientific debate. Due to the simultaneous exposure to glyphosate and the phytoestrogen "genistein," a common isoflavone present in soybeans and soybean products, concerns about possible synergistic estrogenic effects have arisen.

Carbamate pesticides, such as aldicarb, carbofuran, and ziram, have been linked to endocrine disruption, reproductive problems, and effects on cellular metabolic mechanisms and mitochondrial function. In vitro studies have also revealed carbamate pesticides' ability to cause cytotoxic and genotoxic effects in hamster ovarian cells, as well as apoptosis and necrosis in human immune cells, natural killer cells, and T lymphocytes.

Carbaryl, a carbamate pesticide, has been shown to act as a ligand for the hepatic aryl hydrocarbon receptor, a transcription factor involved in the mechanism of dioxin toxicity. Carbamate pesticides have also been linked to neurobehavioral effects, dementia risk, and non-Hodgkin's lymphoma, according to research. 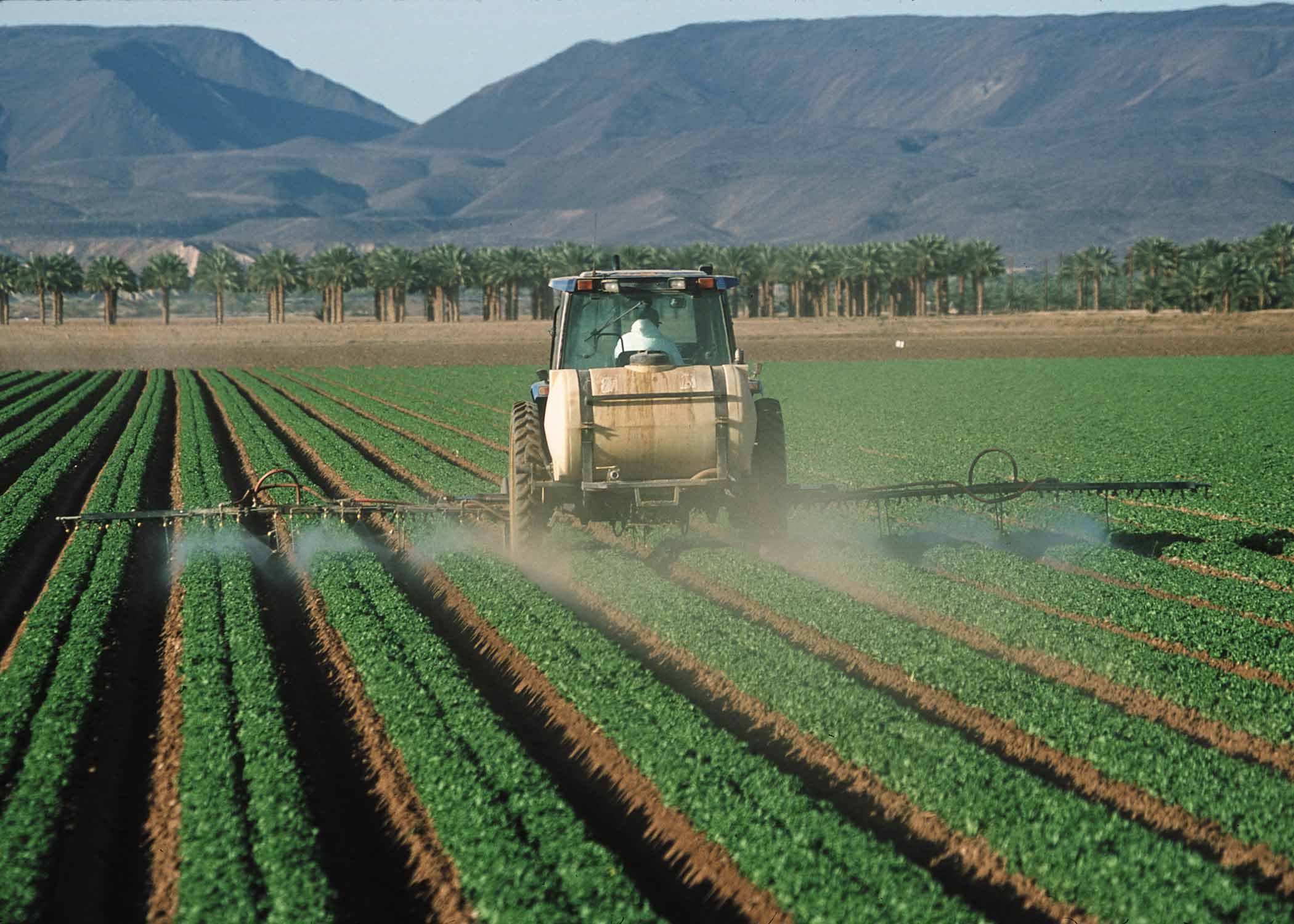 Other Classes Of Chemical Pesticides

Triazines, which include atrazine, simazine, and ametryn, are another class of pesticides linked to endocrine disruption and reproductive toxicity. It was discovered that triazine herbicides and the incidence of breast cancer may have a statistical relationship. The most well-known triazine is atrazine, which is a widely used herbicide linked to oxidative stress, cytotoxicity, and dopaminergic effects. Atrazine has also been linked to reproductive toxicity and sexual maturation delays in experimental animals.

Synthetic pyrethroids like fenvalerate, permethrin, and sumithrin are among the safest insecticides currently available for agricultural and public health use. However, there is evidence that they can cause endocrine disruption and affect reproductive parameters, including reproductive behavior, in experimental animals. A recent study linked multiple pyrethroid metabolites to DNA damage in human sperm, raising concerns about potential negative effects on human reproductive health. It's also worth noting that there are concerns about their potential to exhibit developmental neurotoxicity.

Neonicotinoid pesticides, such as imidacloprid, thiacloprid, and guadipyr, are relatively new insecticides that have been promoted for their low risk to non-target organisms. There is plenty of evidence to the contrary; one common example is their effect on bees. Animals' endocrine and reproductive systems have also been shown to be affected. A recent study found that neonicotinoids can boost the expression of the aromatase enzyme, which is involved in breast cancer and also plays a role during development.

Why These Chemical Pesticides Need To Be Banned

Chemicals known for their ability to cause negative health effects in humans and wildlife, as well as degrade the natural environment, are widely produced and used in current agricultural practices. As a result, reducing the use of agrochemicals and implementing sustainable practices requires an immediate strategic approach. Today's agriculture must adopt environmentally friendly practices that pose fewer health risks to the general public. In contrast to precision agriculture, reforming agricultural practices to meet these criteria is a step toward agricultural sector sustainability.

However, in order to reduce the use of agrochemicals by only using them when and where they are needed, the spatiotemporal variability of all soil and crop factors in a given field must be considered. Variability in yield, field, soil, and crop variability, as well as factors like wind damage or flooding, are all part of this. GIS, GPS, and various sensors are examples of technological systems that can be beneficial. These technological systems are developed by precision agriculture, which we do not support, but we believe that certain technological tools can be used to reduce the risks of environmental and water pollution, as well as to increase the economic benefits of reducing chemical use.

Agriculture's industrialization has resulted in a slew of issues, including economic, social, and environmental consequences that local communities are ill-equipped to deal with. Food overproduction, export-oriented monocultures, the demand for cheap labor, and other characteristics of industrialization have all failed to solve hunger and malnutrition issues. The dominant agricultural model, on the other hand, has resulted in inequitable food distribution, overexploitation of land and water resources, overuse of agrochemicals, and environmental degradation. Food sovereignty promotes social, economic, and environmental sustainability, for example, by protecting indigenous peoples and producing food for local markets, and it is being pushed as a basic human right. 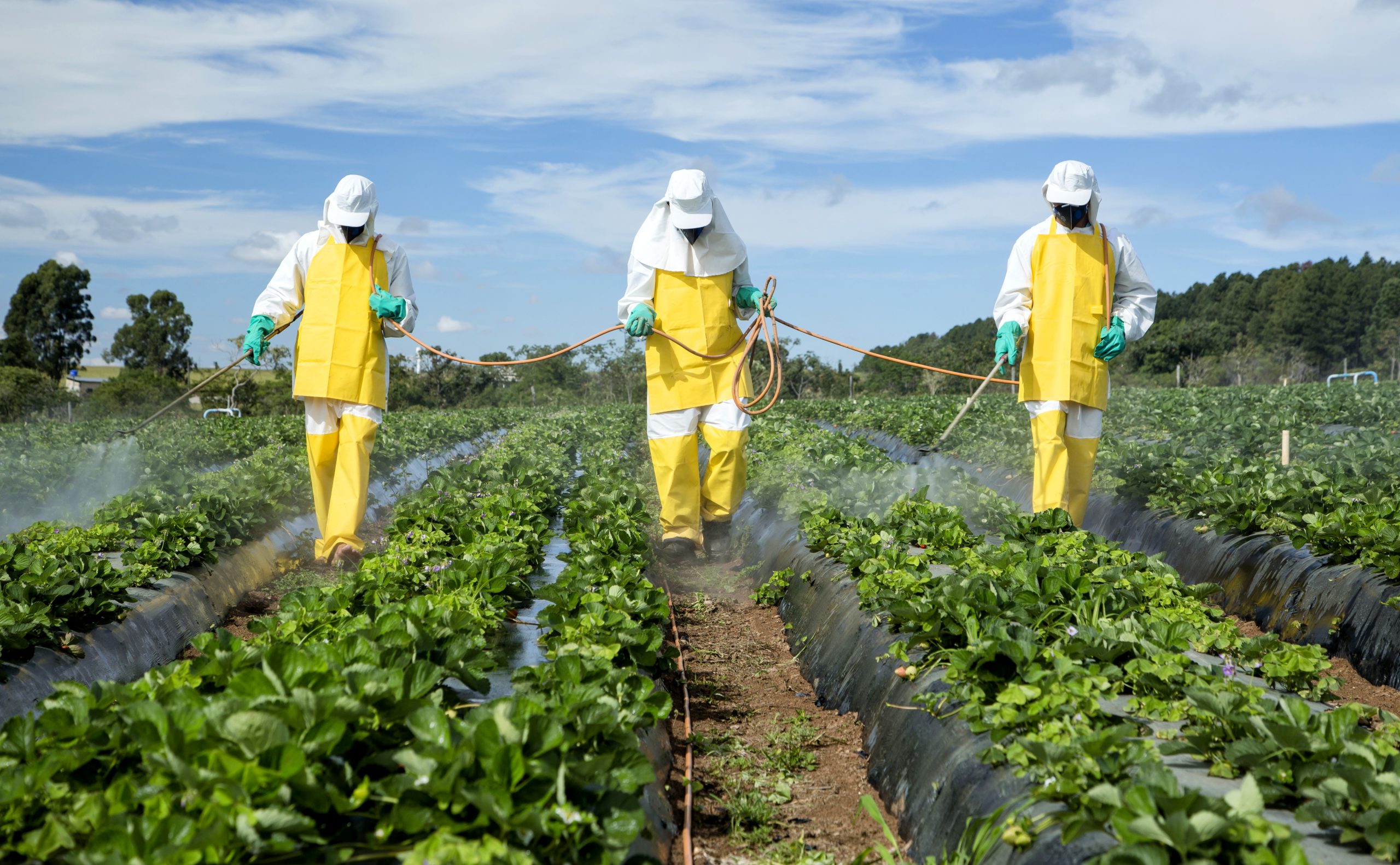 What Are The Harmful Effects Of Chemical Pesticides?

Why Pesticides Are Harmful For Human Health?

What Are Chemical Pesticides?

How Do Chemical Pesticides Affect The Environment?

Pesticides can contaminate soil, water, turf, and other vegetation. In addition to killing insects or weeds, pesticides can be toxic to a host of other organisms, including birds, fish, beneficial insects, and non-target plants.

Pest control is a given that dates back to antiquity, when organic and chemical pesticides were used. Since then, numerous chemical pesticides have been developed, and multinational agrochemical companies, which control the majority of global food production, are now using new chemical substances with pesticide properties and biotechnological advances to deviate from traditional agricultural methods.

Developing pesticide-free zones is simple to achieve by enacting a total ban at the local level and in urban green spaces. Alternatives to the current food production model should be incorporated into new agricultural policies aimed at long-term sustainability and consumer health protection. Despite the challenges of establishing a novel concept, a transition to a new, cleaner, and safer agricultural model is required.