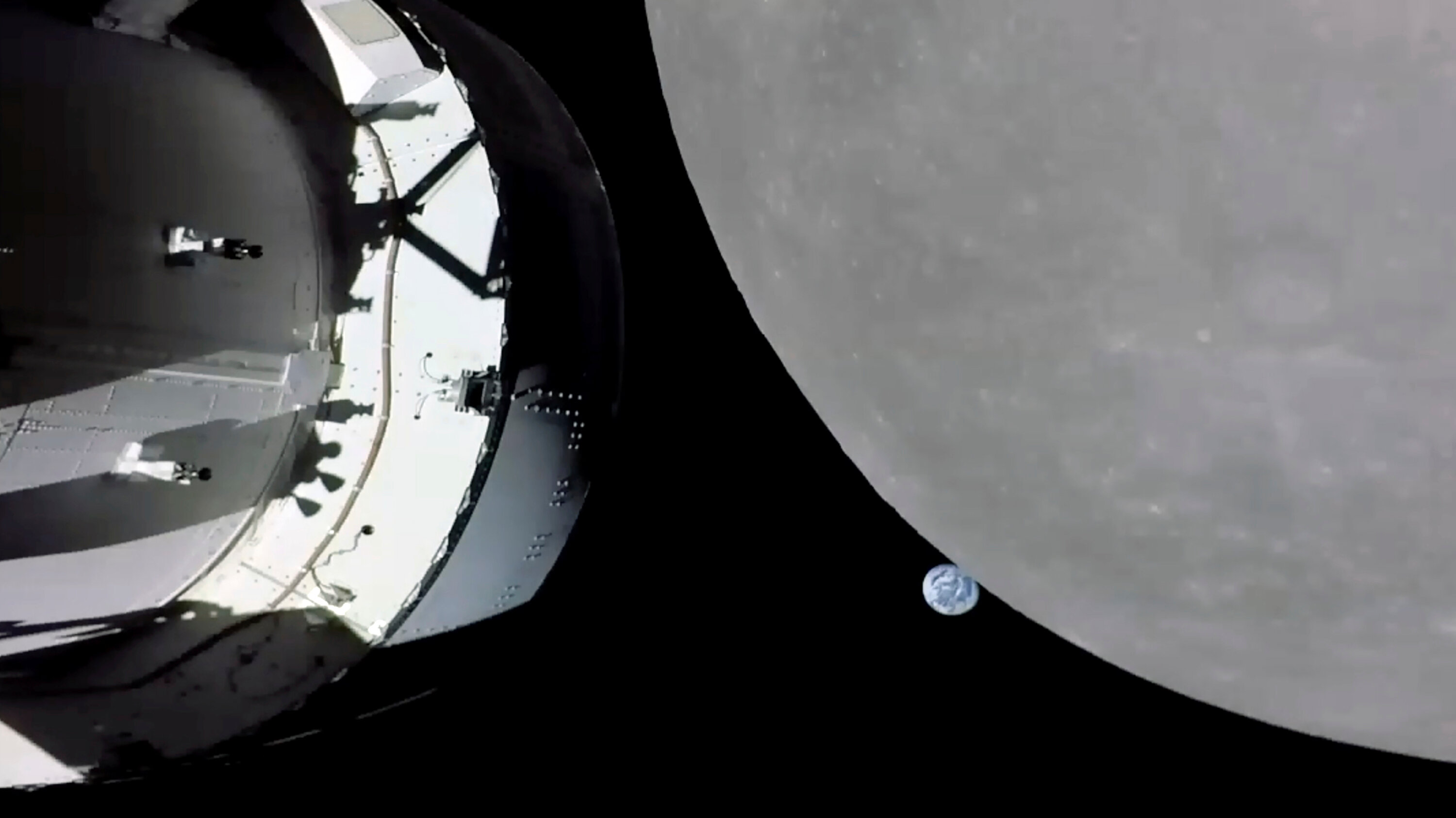 On Wednesday, NASA's most powerful rocket to date, the Orbit Launch System (SLS), successfully launched Artemis I from Florida, bringing Orion into space. Even though no humans are on board, NASA's lunar mission relies heavily on this almost month-long trip around the moon.

As it approaches a distant retrograde orbit (DRO) of the moon, the Orion spacecraft will need relatively little fuel to maintain its flight trajectory owing to the steady nature of the orbit. The spacecraft performed the first of four main engine burns necessary to achieve the desired orbit for the Artemis I mission.

On November 16th, during the launch of NASA's Artemis I mission, the unmanned capsule was carried into orbit by the Space Launch System (SLS). This is the first step in the Artemis program, which aims to return people to the moon's surface and set up a permanent base there.

In order to assess whether the Orion capsule is fit for human flight, it is being put through its paces during the Artemis I mission. If all goes according to plan, astronauts will make the same trip on the Artemis II mission in 2024. As Apollo 17 did in 1972, Artemis III will return people to the moon.

In order to get within 80 miles of the Moon's surface, NASA's Orion spacecraft completed an engine run lasting 2 minutes and 30 seconds. Orion intentionally lost touch with Earth for a short time while performing this burn, known as an outbound powered flyby (OPF), on the far side of the moon. During the maneuver, the Orion spacecraft fired up its Orbital Maneuvering System (OMS) engine.

With the help of the OPF, Orion was able to use the moon's gravity to propel itself beyond our nearest neighbor and in the direction of the DRO. The space agency plans to make a second burn to place itself inside DRO in four days.

In just a few more days, the European Space Agency (ESA) and NASA-designed Orion spacecraft will set a new record for the longest duration of a space mission.

Orion will remain in this orbit for around a week while NASA conducts tests on the spacecraft. The route Orion will follow will take it 40 thousand miles beyond the moon before it returns to Earth. On November 28 Orion will be more than 268,500 miles from Earth, its closest approach that day.

It will set a new record for the longest distance ever traveled by a human-rated spacecraft. By almost 30,000 miles, it will outdistance the previous record established by NASA's Apollo 13 mission (48,300 km).

Orion Vehicle Integration Manager Jim Geffre said last week at a press event that the spacecraft is doing very well in orbit, with all systems performing above and beyond expectations.

Because of these capabilities, spacecraft may remain in regular contact with Earth even as it revolves. After the lunar flyby, Orion was able to restore contact with the Madrid station in Spain before moving on to the Goldstone site in California.

On December 11, when the Orion spacecraft lands in the Pacific Ocean, the Artemis I mission will come to a close. While re-entering Earth's atmosphere, Orion will move at a speed of around 25,000 mph (40,000 km/h).

Heat shields aboard Orion will be put to the test during re-entry, when the spacecraft will experience temperatures of up to 5,000 degrees Fahrenheit (2,750 degrees Celsius) before parachutes slow it down and it falls into the ocean, marking the conclusion of NASA's ambitious moon mission. When Artemis I is finally shut down, a whole new age of human spaceflight will begin, allowing us to once again set foot on the moon, Mars, and beyond.